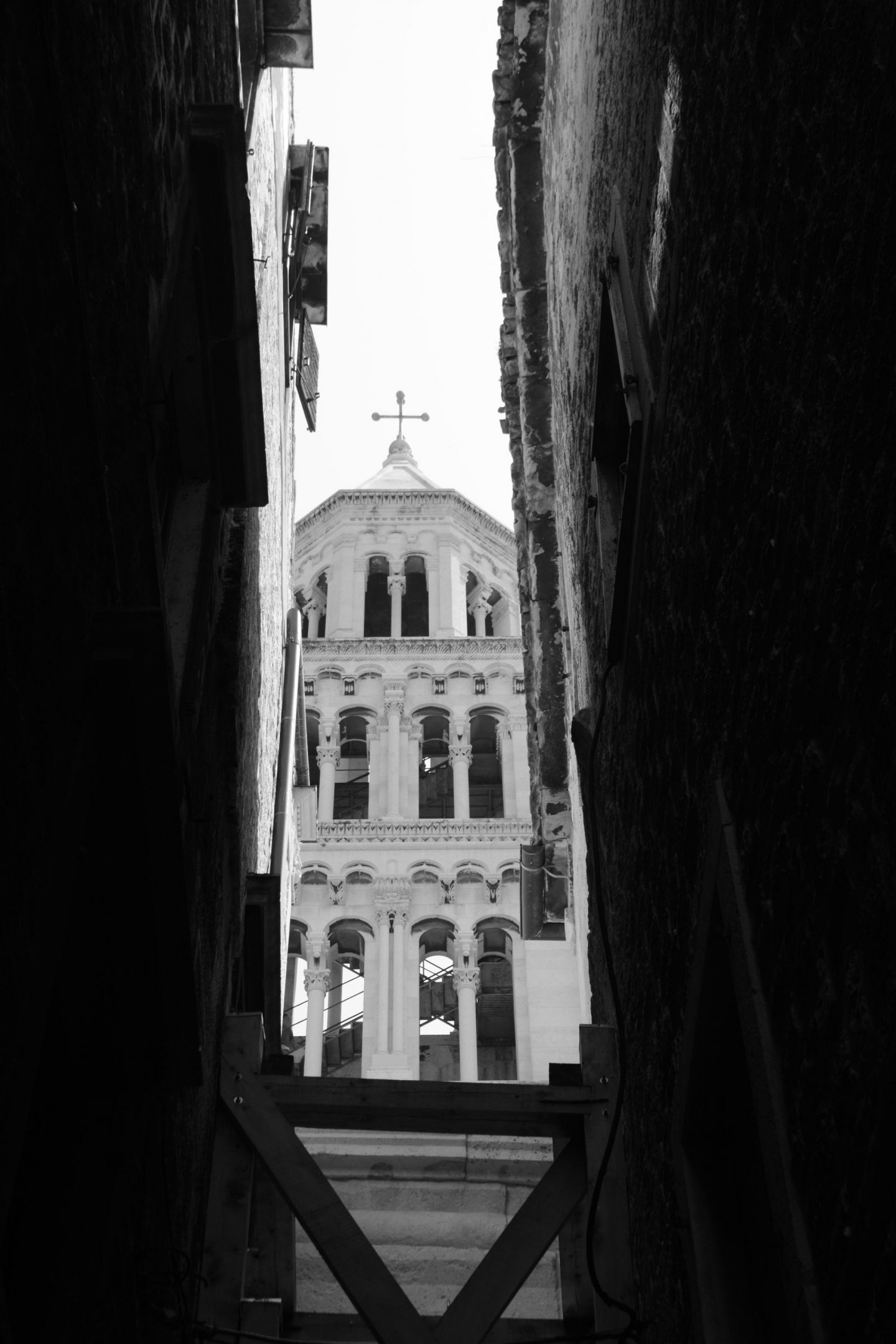 Split is Croatia’s second largest city (after Dubrovnik, our next port of call) and it has settlement dating back to the 6th century, making it one of the oldest cities in the region. So, that’s why going to see the old city was a must.

We weren’t booked on a tour for this port because everything was within walking distance from where the ship was docked, and we liked to see the city via walking because you always got to see more of it, both the expected and the unexpected. After getting off the ship, it was about a 10 to 15-minute walk to the Peristyle, which is the central square and undoubtedly the busiest point within the Palace. The ship offered a shuttle, but we had gotten off the boat before the shuttle arrived so we decided to go with the walk.

The sight that stole the show in Split was Diocletian’s Palace, which is a 1700-year-old palace that forms half the old town of Split. It was built for the Roman Emperor, Diocletian. All the main sights of the old town were located essentially within the Palace. 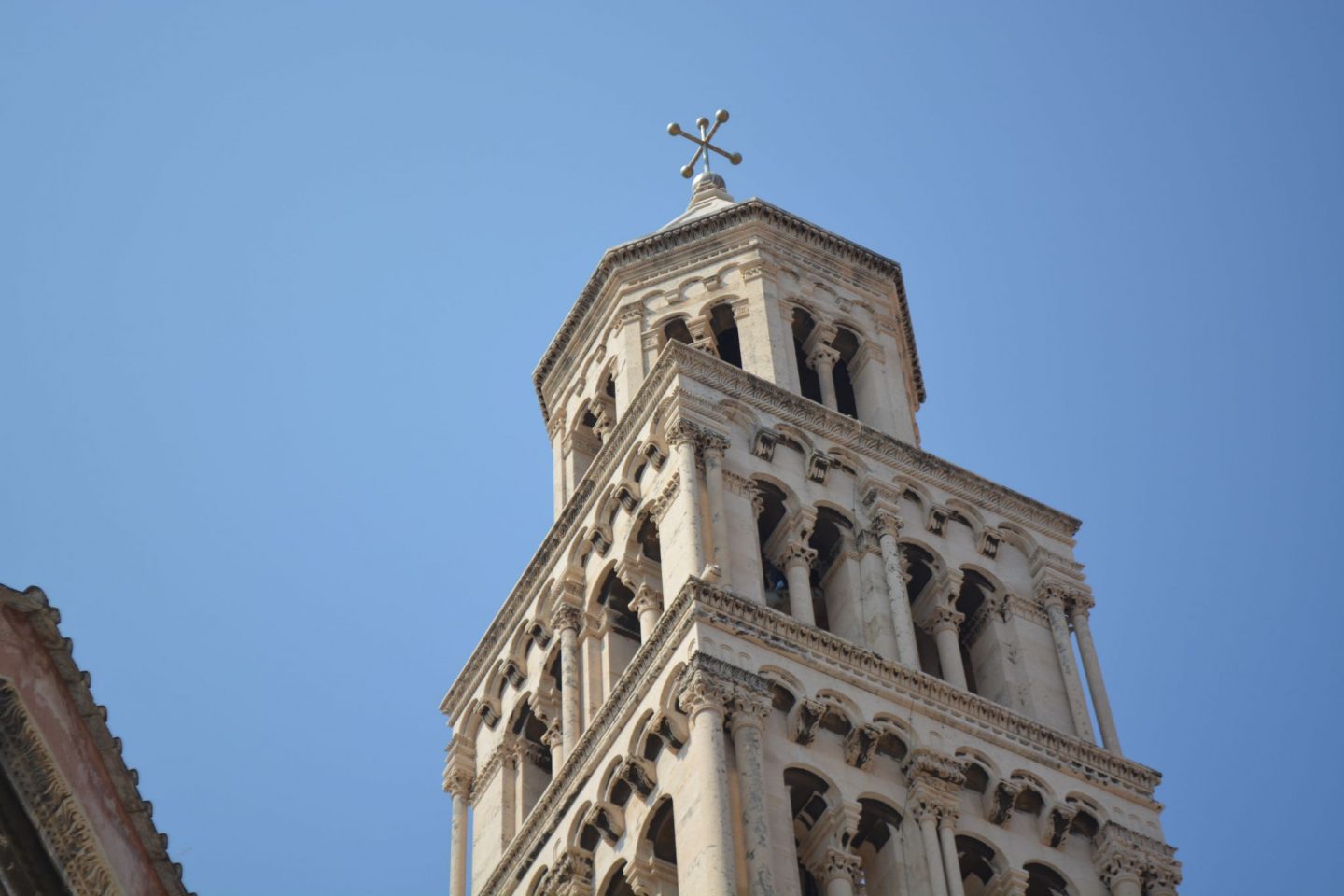 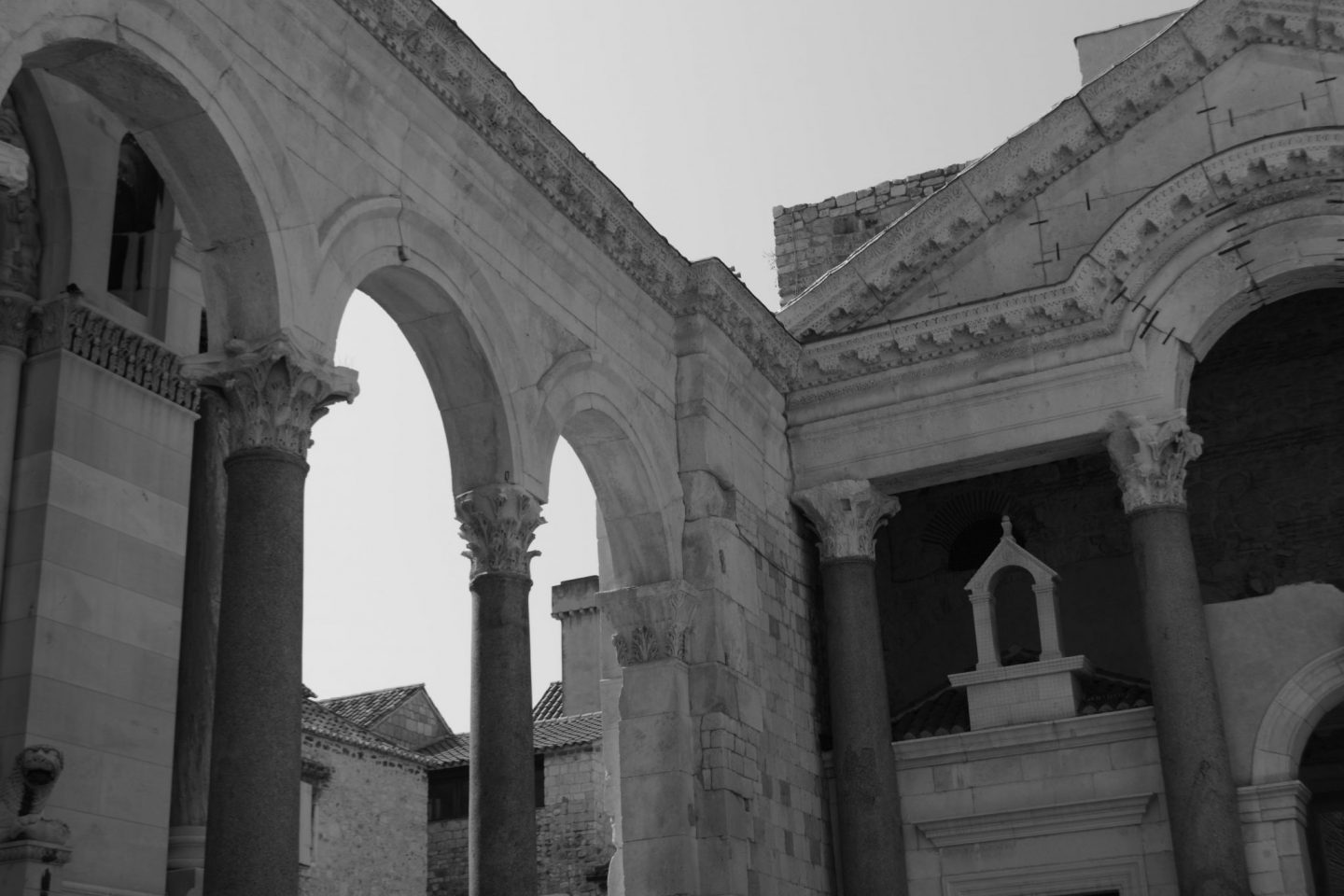 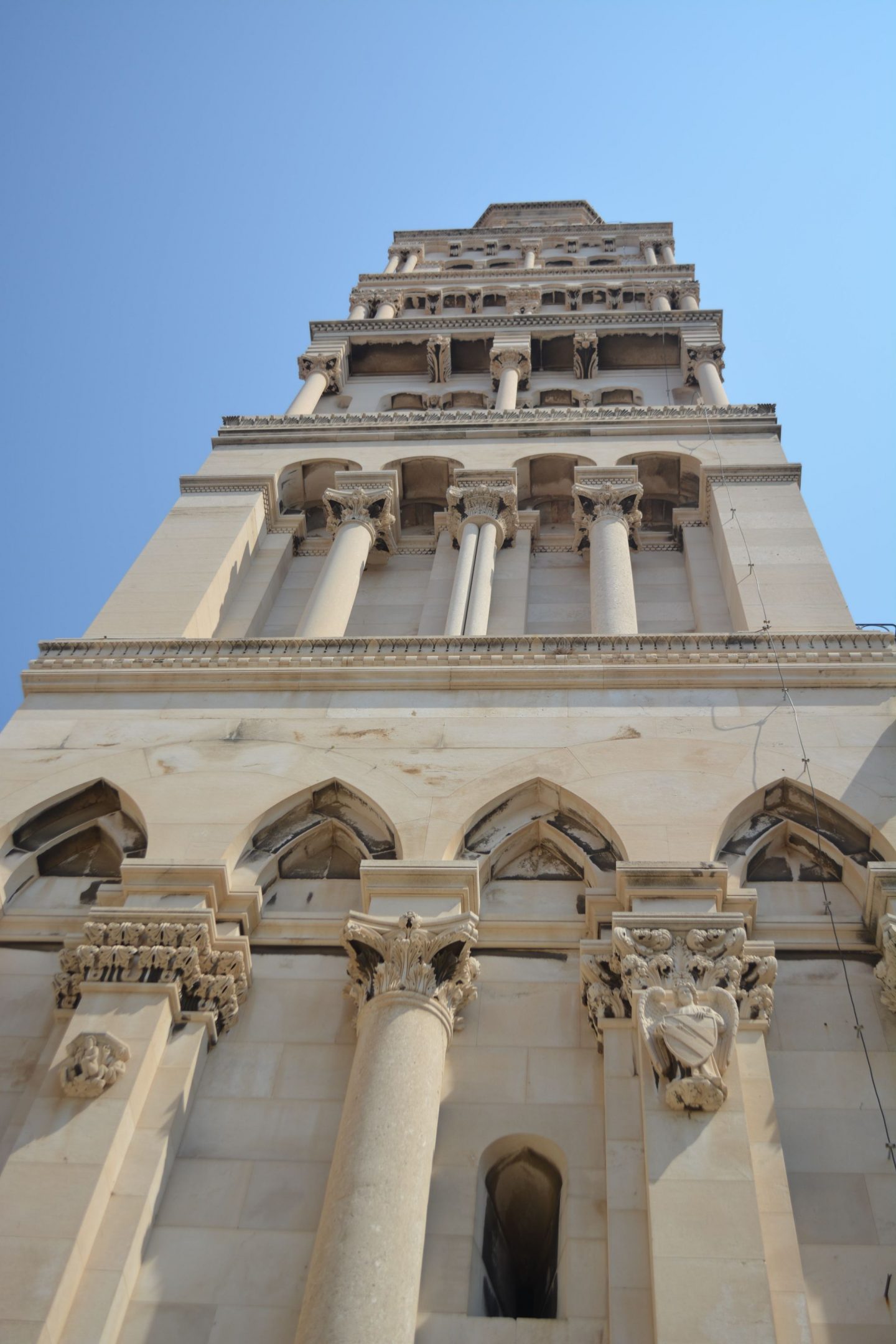 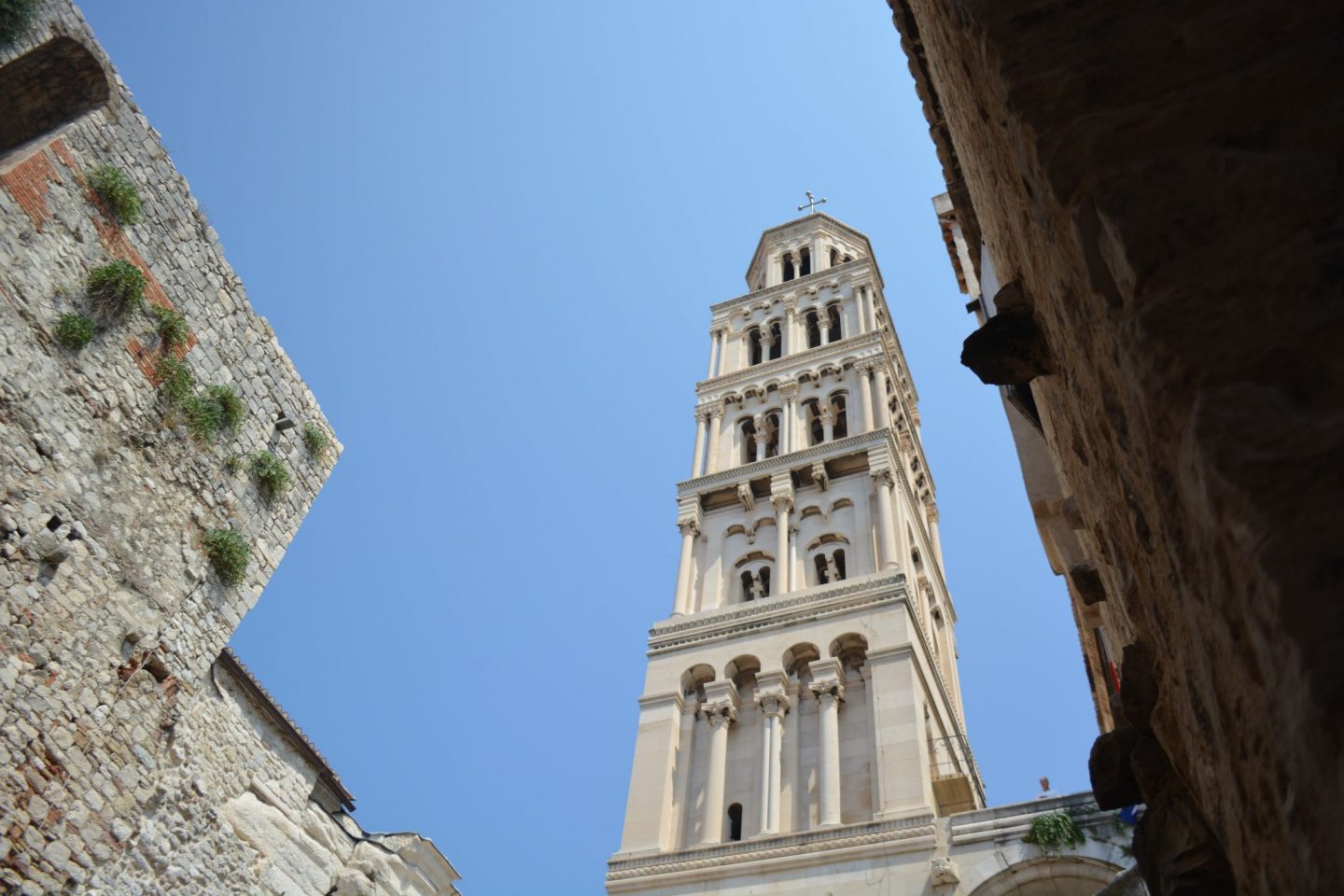 We started off our “self-guided” tour by climbing to the top of the bell tower of the Cathedral of St. Duje. The climb was only about 118 steps, but it was still good morning cardio. We wanted to go bright and early before the lines got long, which they did later on in the afternoon. We follow the same rule for whenever we know an attraction is popular – the earlier, the better. At the top, you get such a good view of the city below. What I love most about Croatia is how the roofs are made with an orangish-red colour, similar to the bird’s eye view we got of Prague a couple years ago. The orange roofs against the blue sky make for such amazing pictures and such an incredible view. What was honestly even nicer was the breeze at the top of the tower. This is one of the hottest recorded summers in the Mediterranean area, and of course, we coincidentally chose this year to come back. 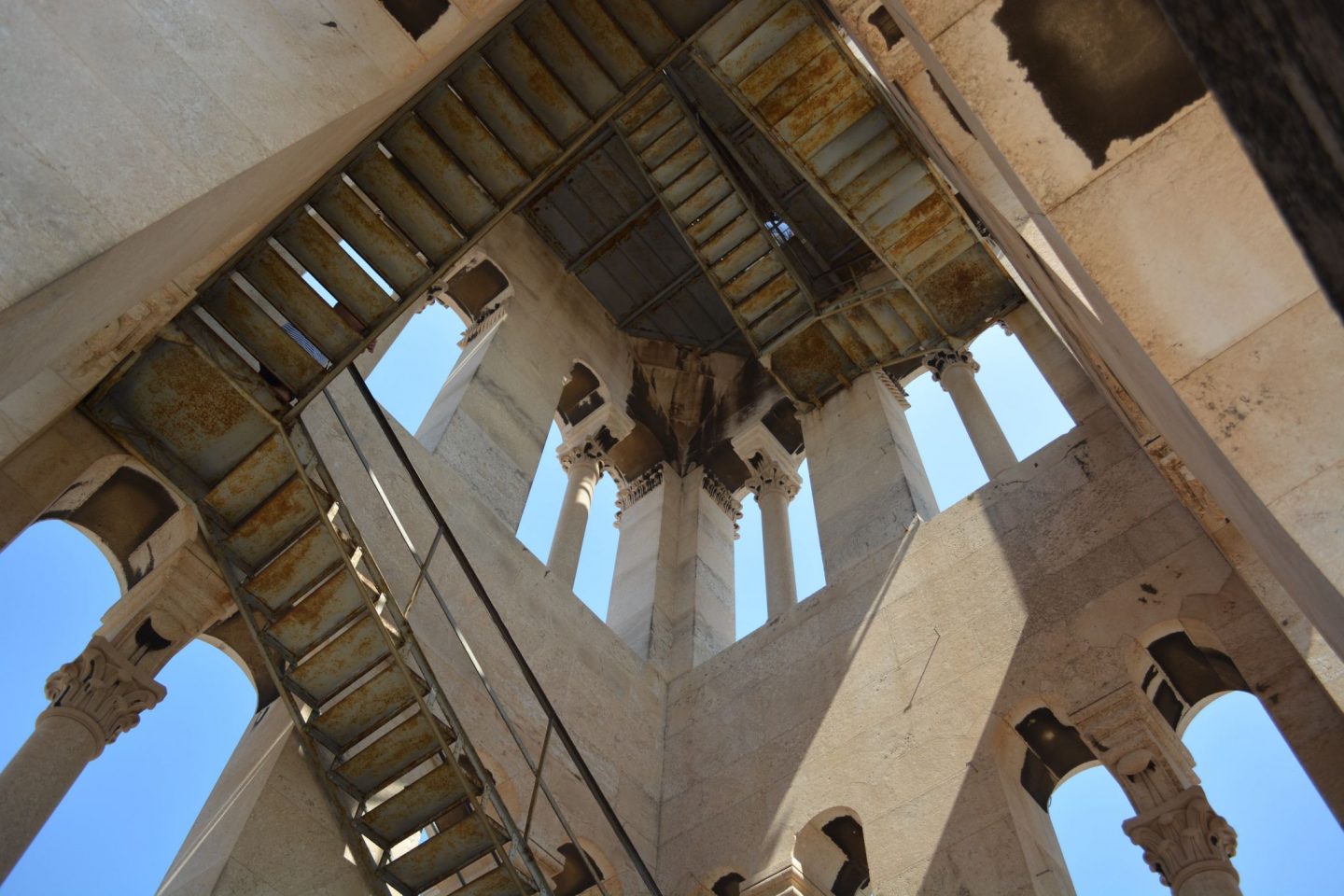 The climb up is not recommended if you have a fear of heights. As I was going up and up the stairs, I would take a couple peeks down below, and I would get vertigo. What makes it daunting is that the steps are exposed so you can see everything around you and all that is below you. You just feel more vulnerable and less secure. While we were climbing up, I even saw a girl coming down the steps, in tears.

But the view at the top was so worth it, like it always is. 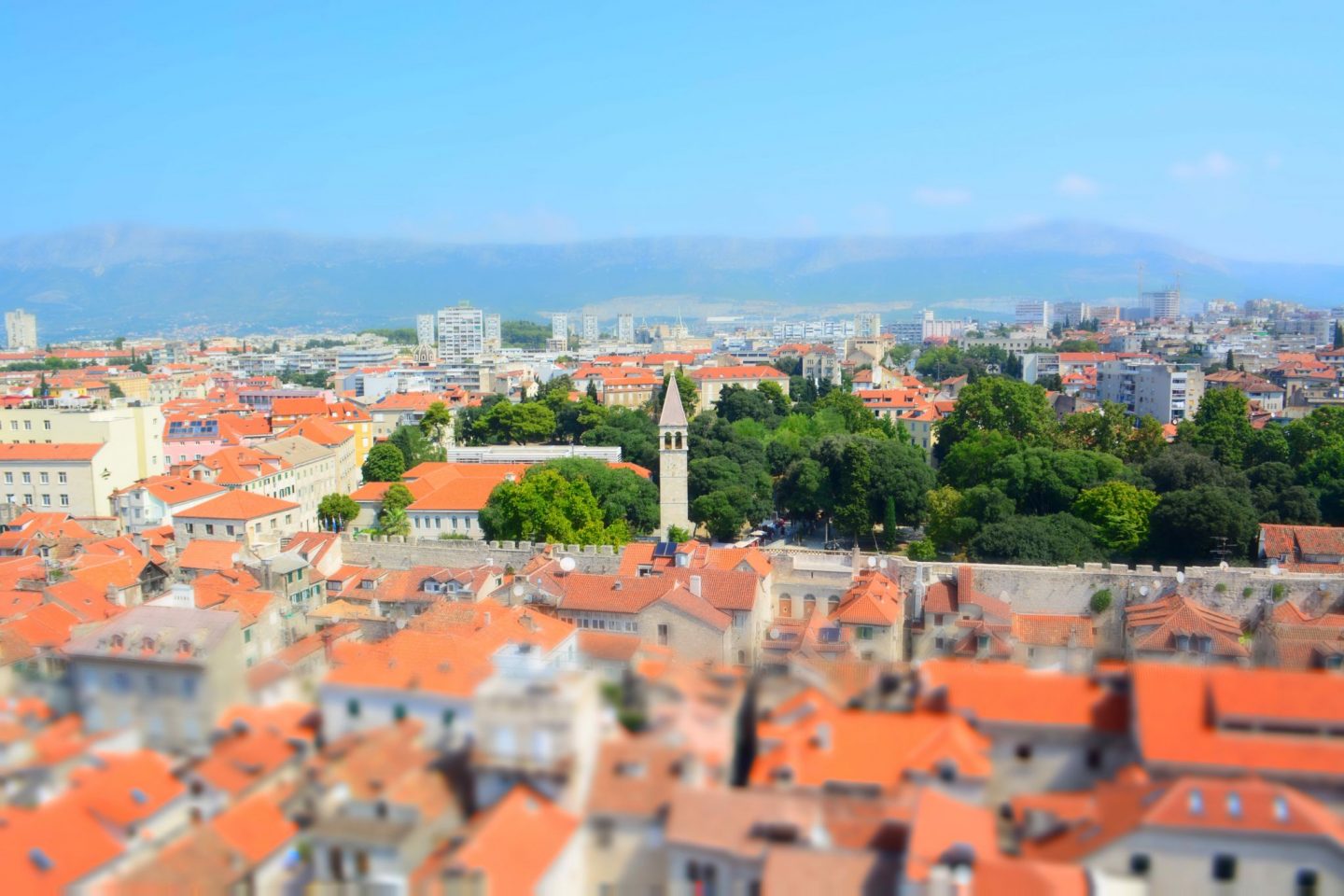 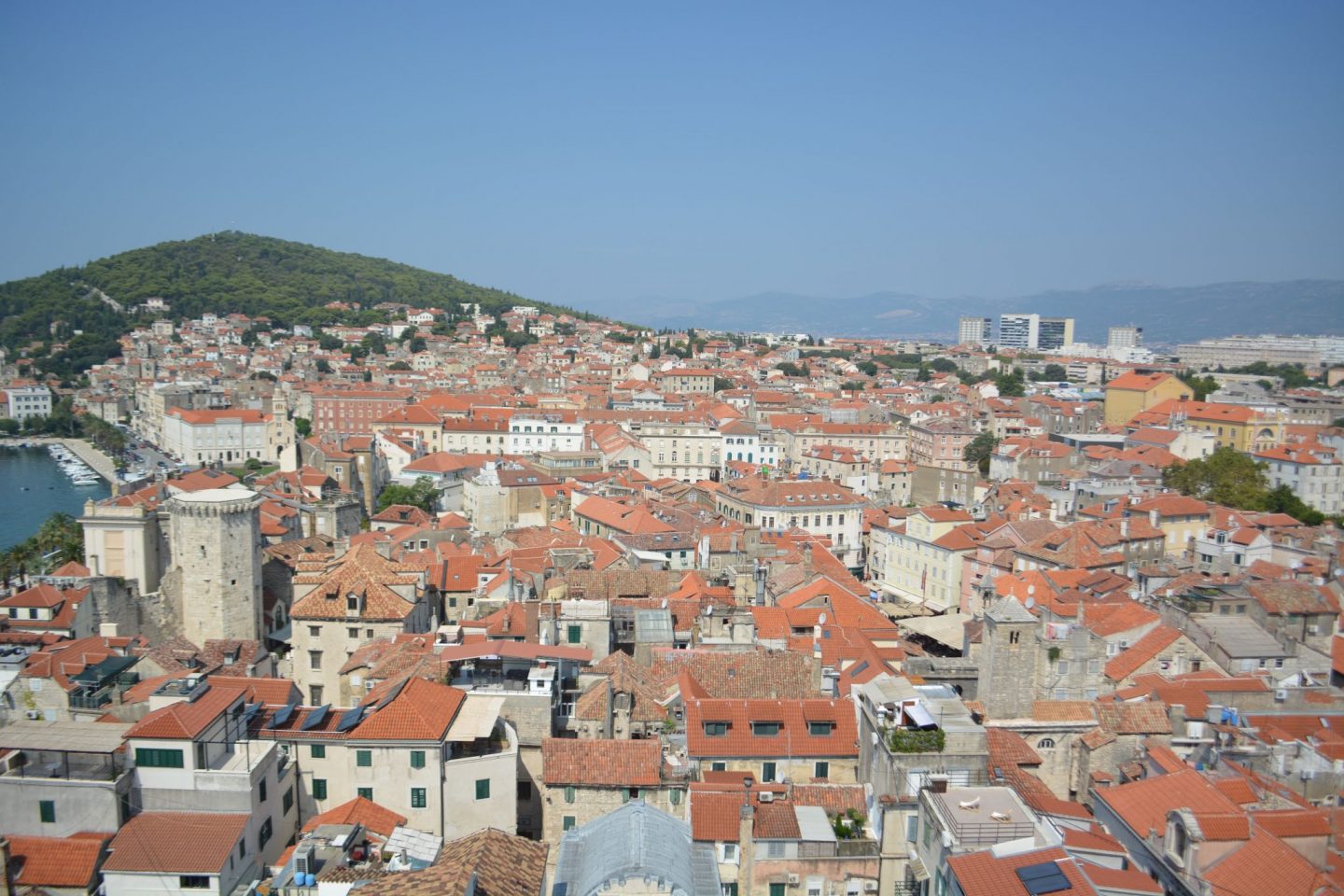 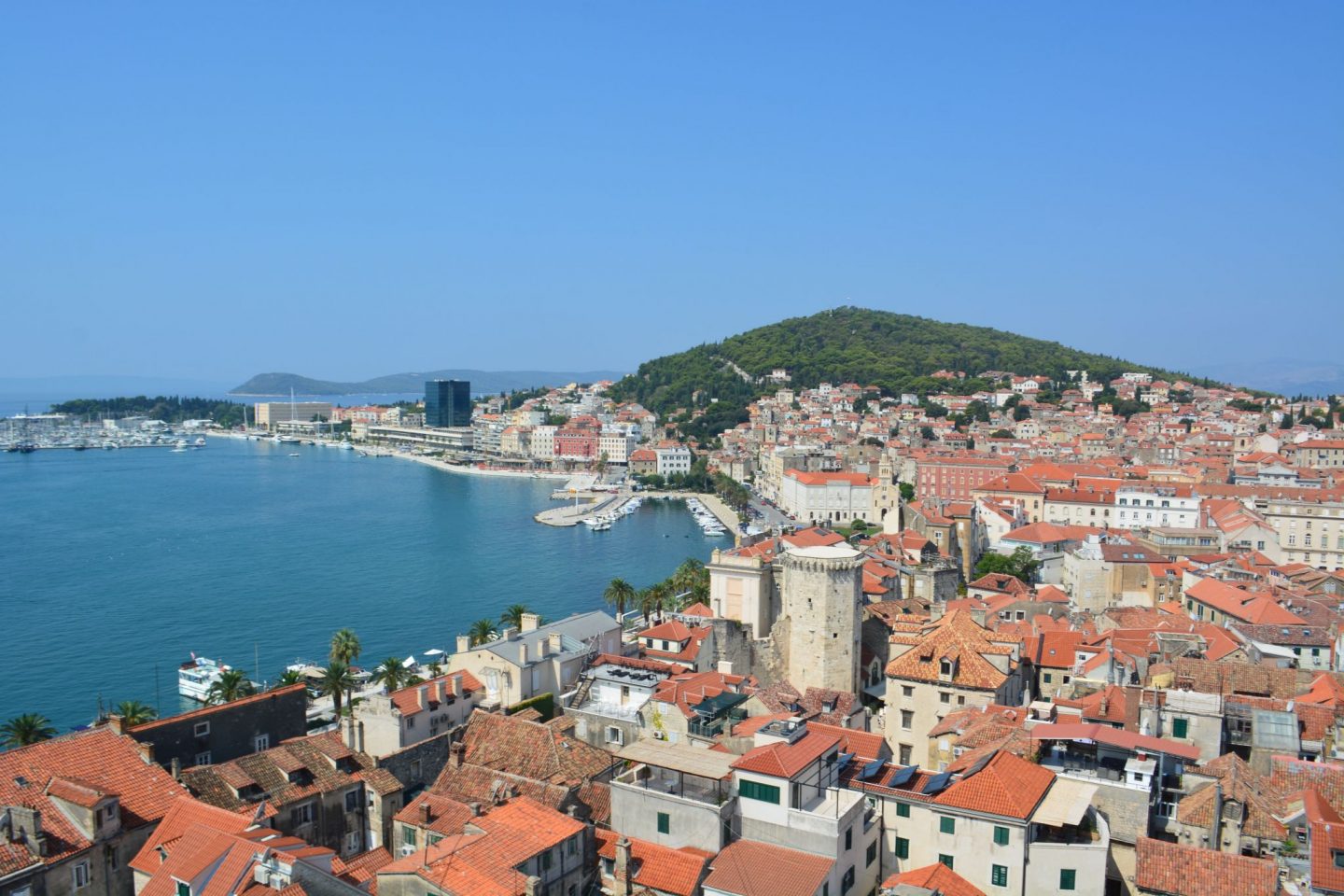 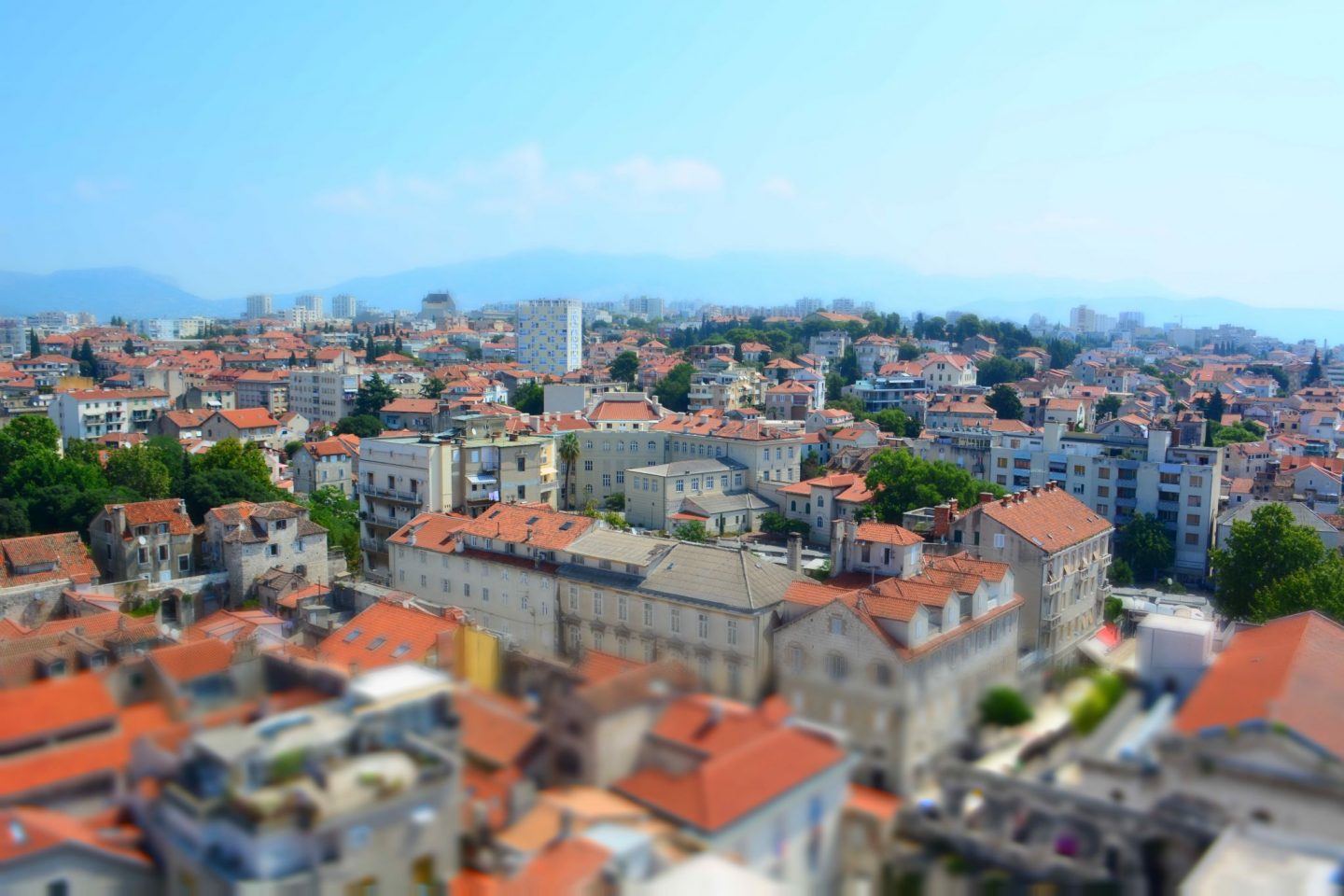 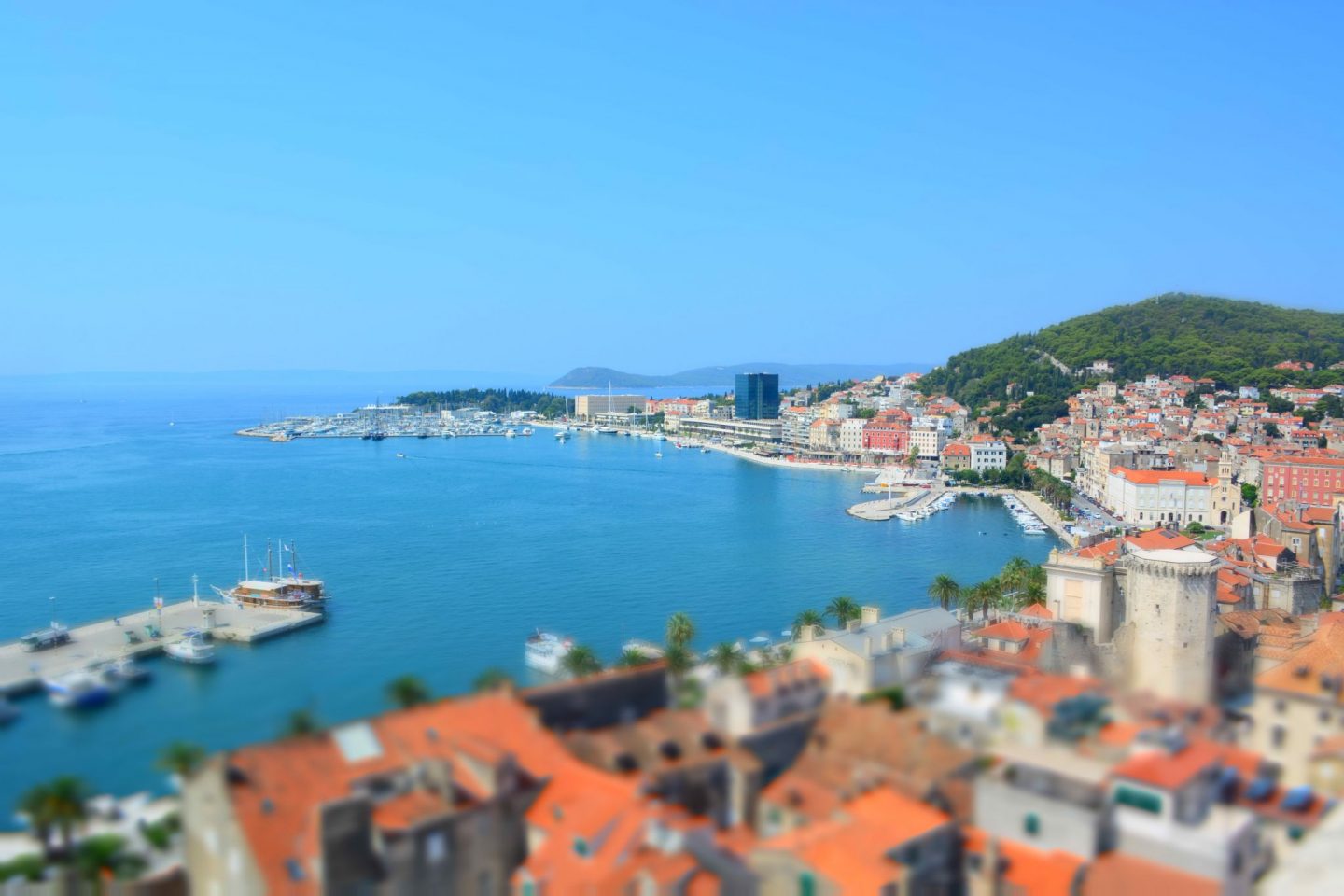 Coming down, we wanted to visit a couple more of the renowned buildings within the Palace. After a couple of wrong turns and misunderstood directions, we found our way to the Temple of Jupiter, which has now been converted to a monastery. The temple consisted of a single room, with a very prominent statue of Saint John the Baptist at the back. Apparently, it was good luck to rub his toe, so that’s what we did. I’ve always fallen for those little “quirks” of a place or travel attraction, whether it’s rubbing a statue’s toe, buying a souvenir that symbolizes luck in the local culture and custom, or doing any other strange kind of ritual. Whether it’s true or not, it’s those little moments that count for me, and the ones that I find to be the most memorable. 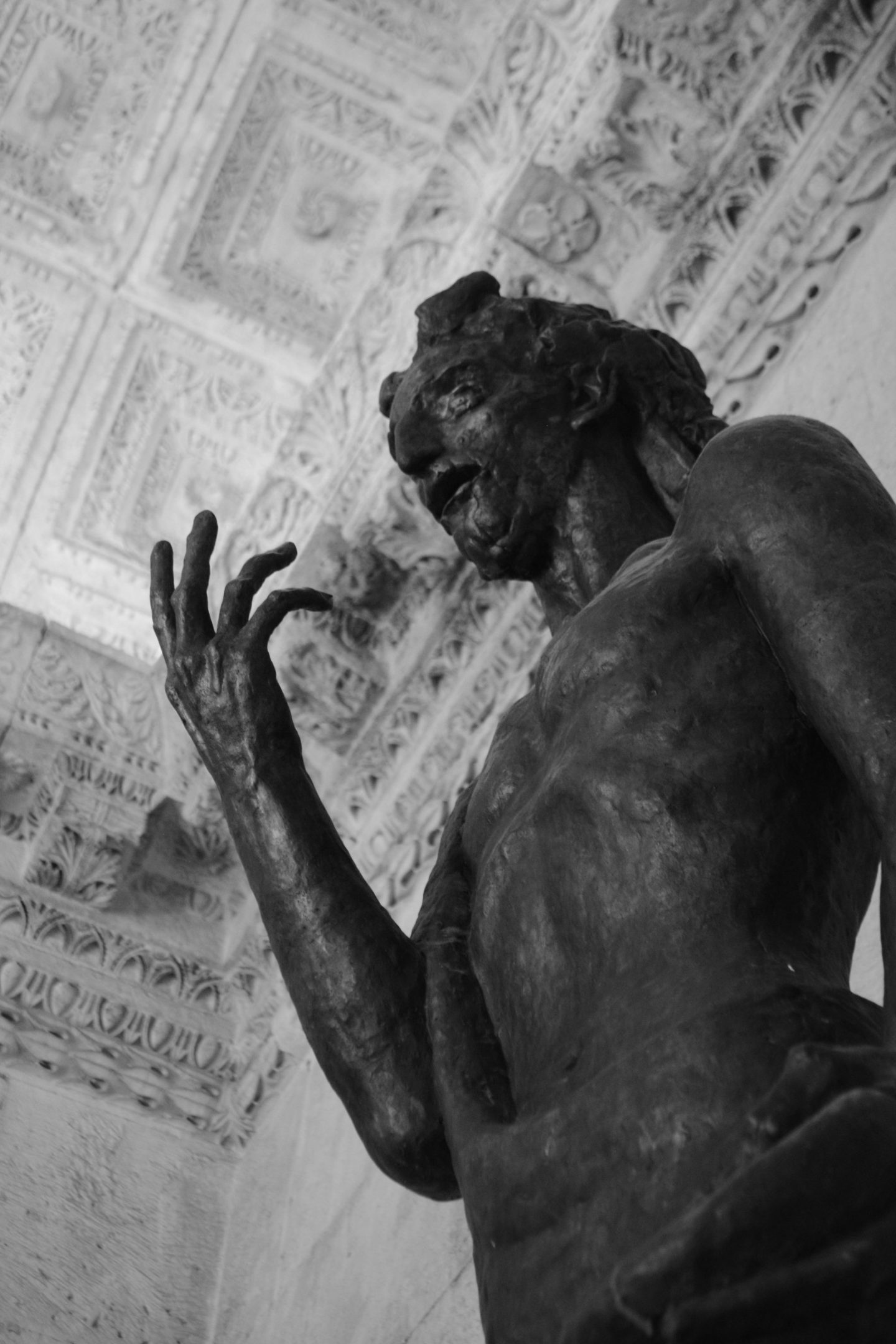 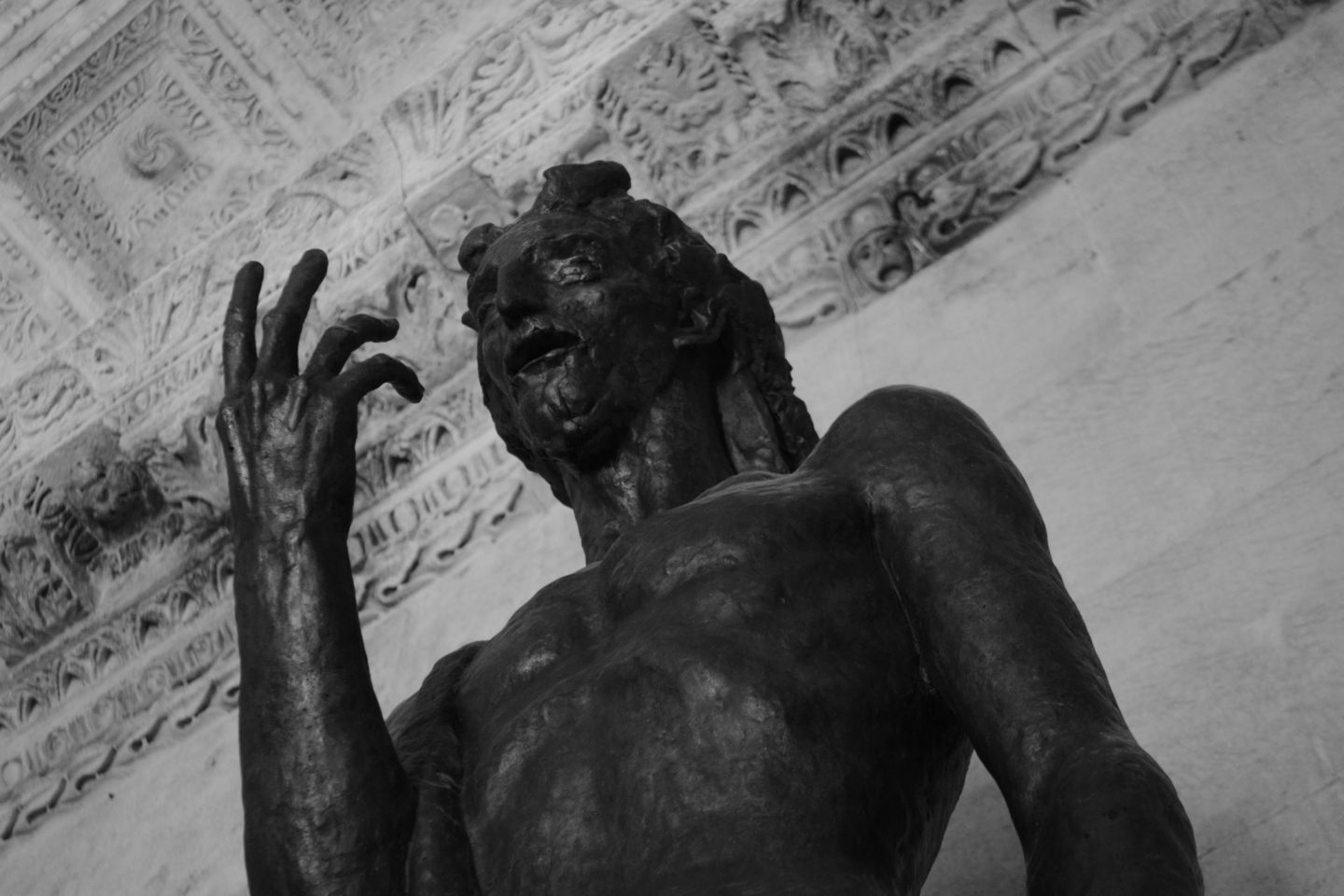 Next up was the crypt, which was the basement of the palace and essentially was a dark chamber that was turned into a chapel dedicated to St. Lucy, a persecuted martyr. Coming right out, we walked down the road and paid for entrance to the Cathedral of Domnius, another highlight of the area within the Palace. This was Diocletian’s mausoleum. By the 7th century, the new inhabitants of the palace desecrated some of Diocletian’s relics, removed his body, and turned the mausoleum into the world’s first Christian church. Saint Dominius was a bishop that was martyred in the Diocletian Persecution, and he is the patron saint of Split.

After we had crossed all these off the daily bucket list, there wasn’t much that we wanted to do other than wander the old town and the surrounding areas.

We went a little off the beaten path and walked 10 or 15 minutes to Varos, a very charming neighbourhood that boasts those small, quaint sights that typically go unnoticed and never quite land a spot on the postcards. I loved it, though. I love travelling to places that don’t quite get all the attention because most of the time, they surprise you in one way or another. In my opinion, every place grants you a good photo, if only you know from which perspective to look. 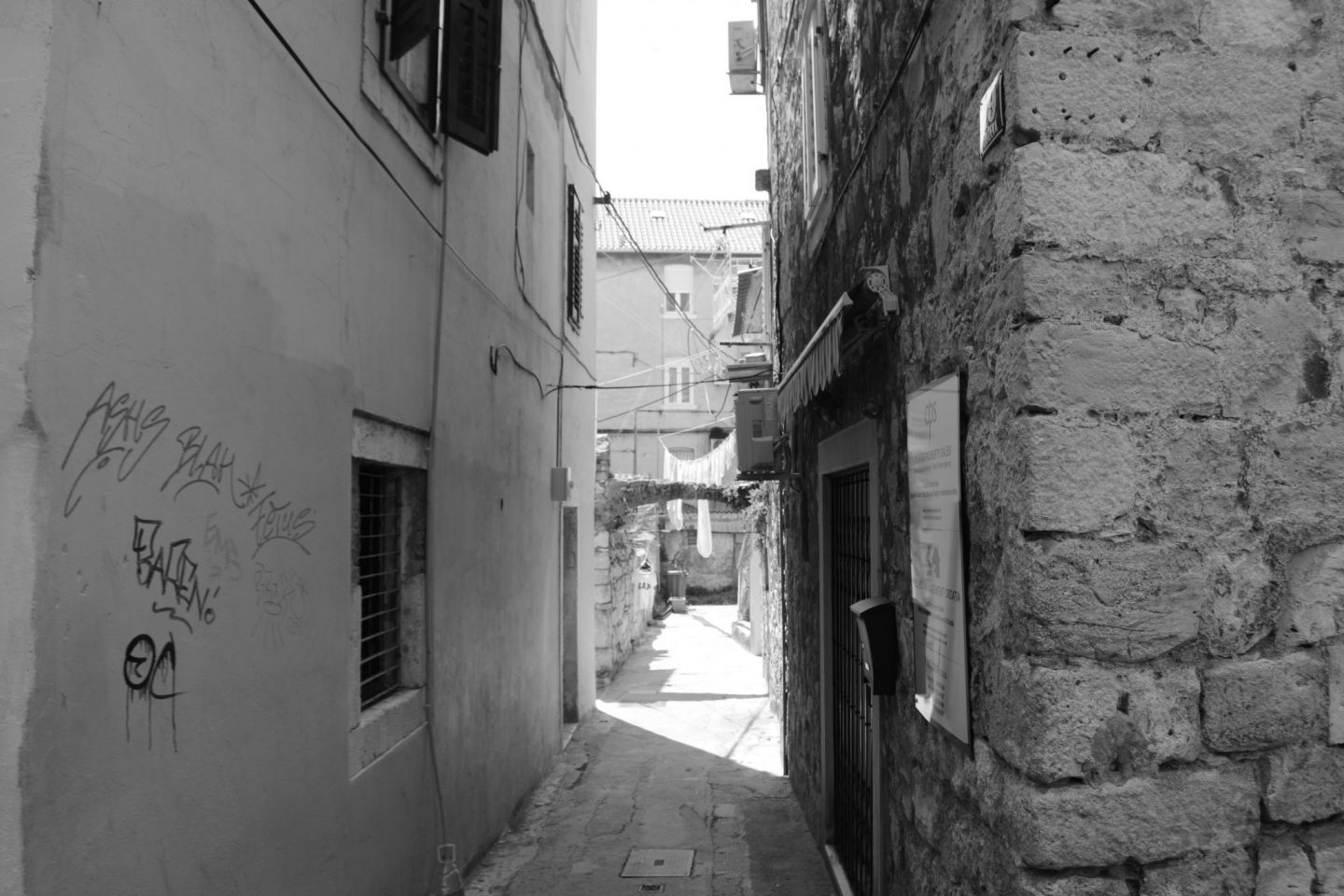 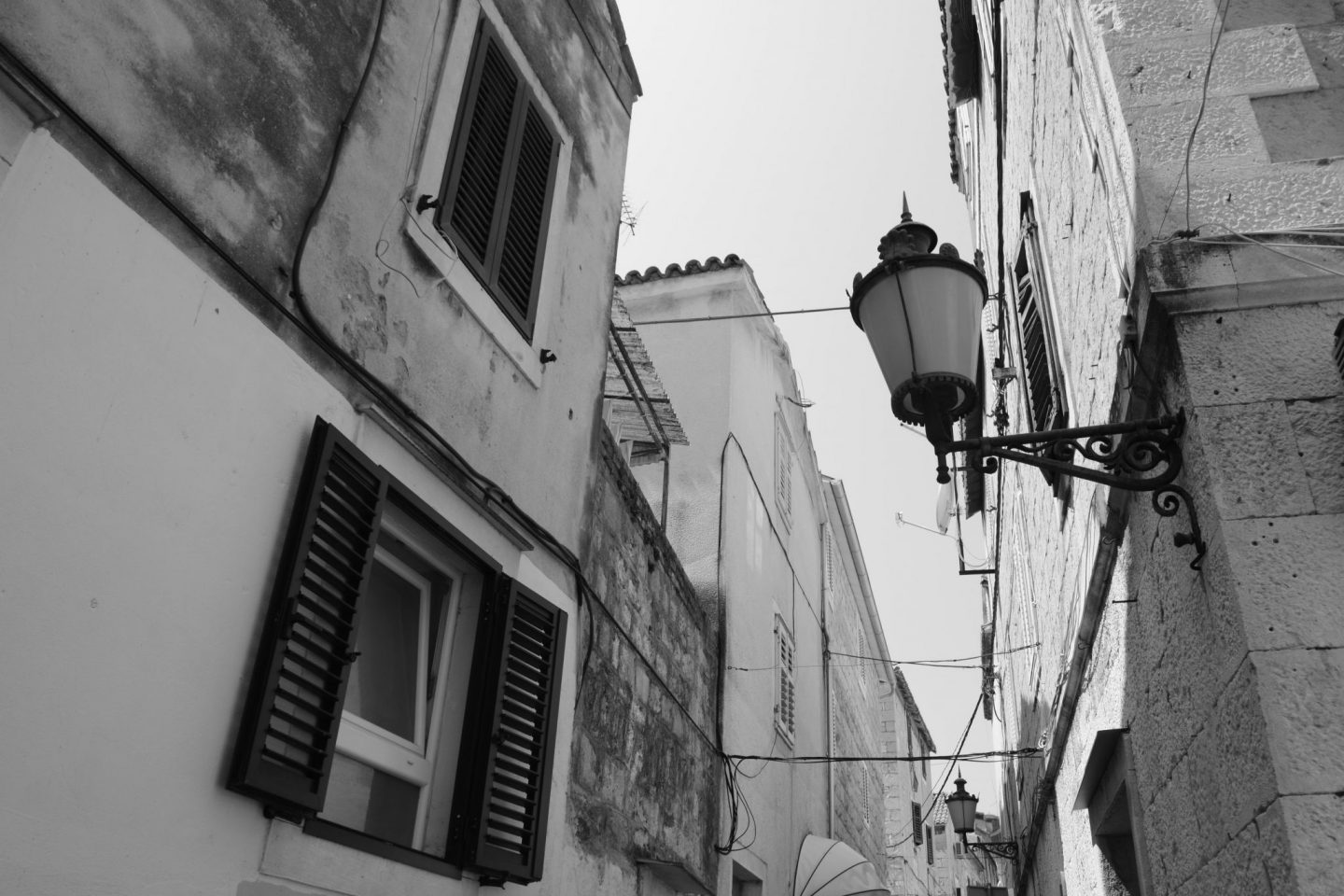 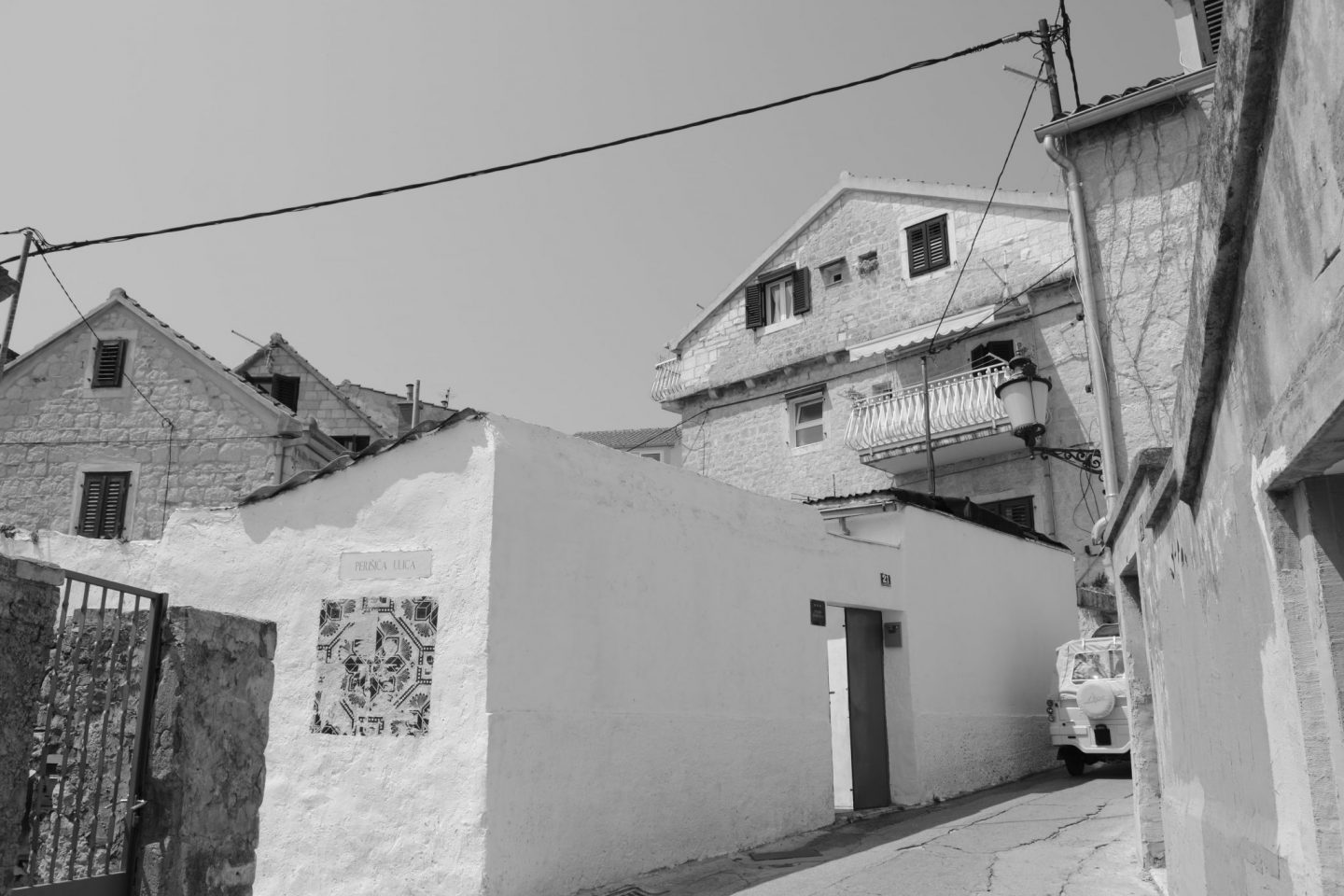 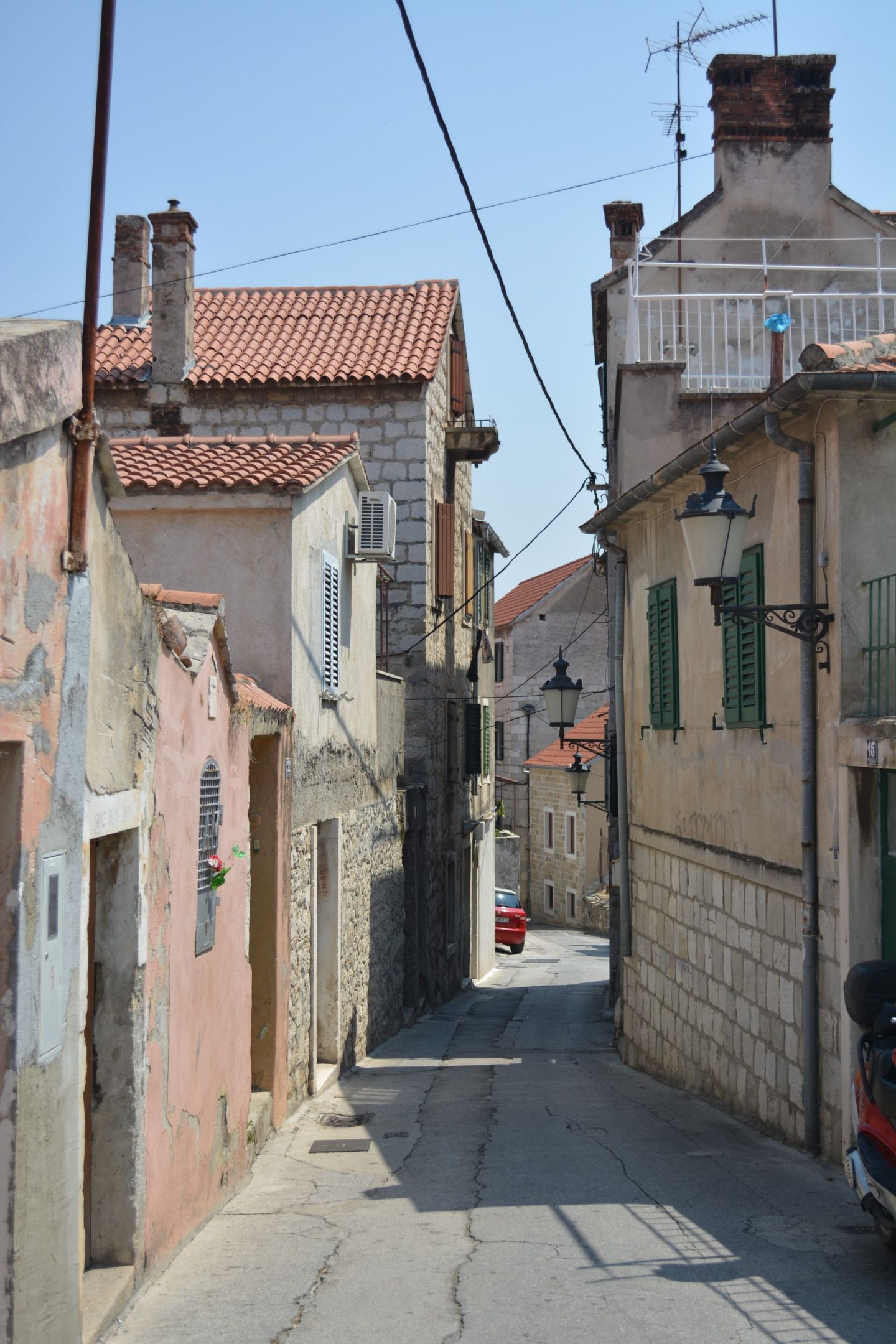 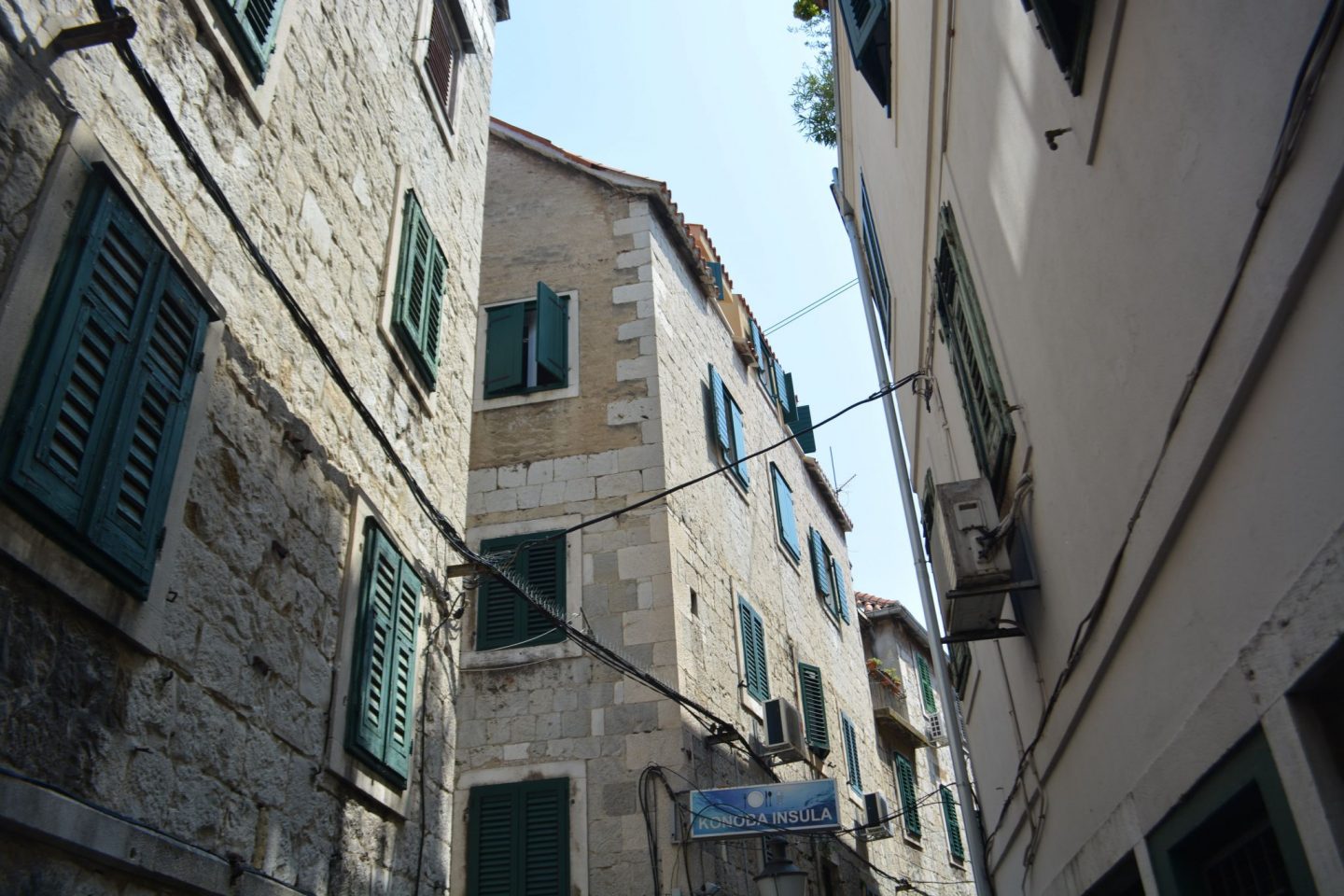 We ended our stay in the old city by walking to the Golden Gate, which was the other entrance into the area within the Palace. Outside, you got a great view of the gate and a look at a huge statue of Grgur Ninksi, a Croatian bishop who opposed the Pope and introduced religious services in Croatia in 929 AD. 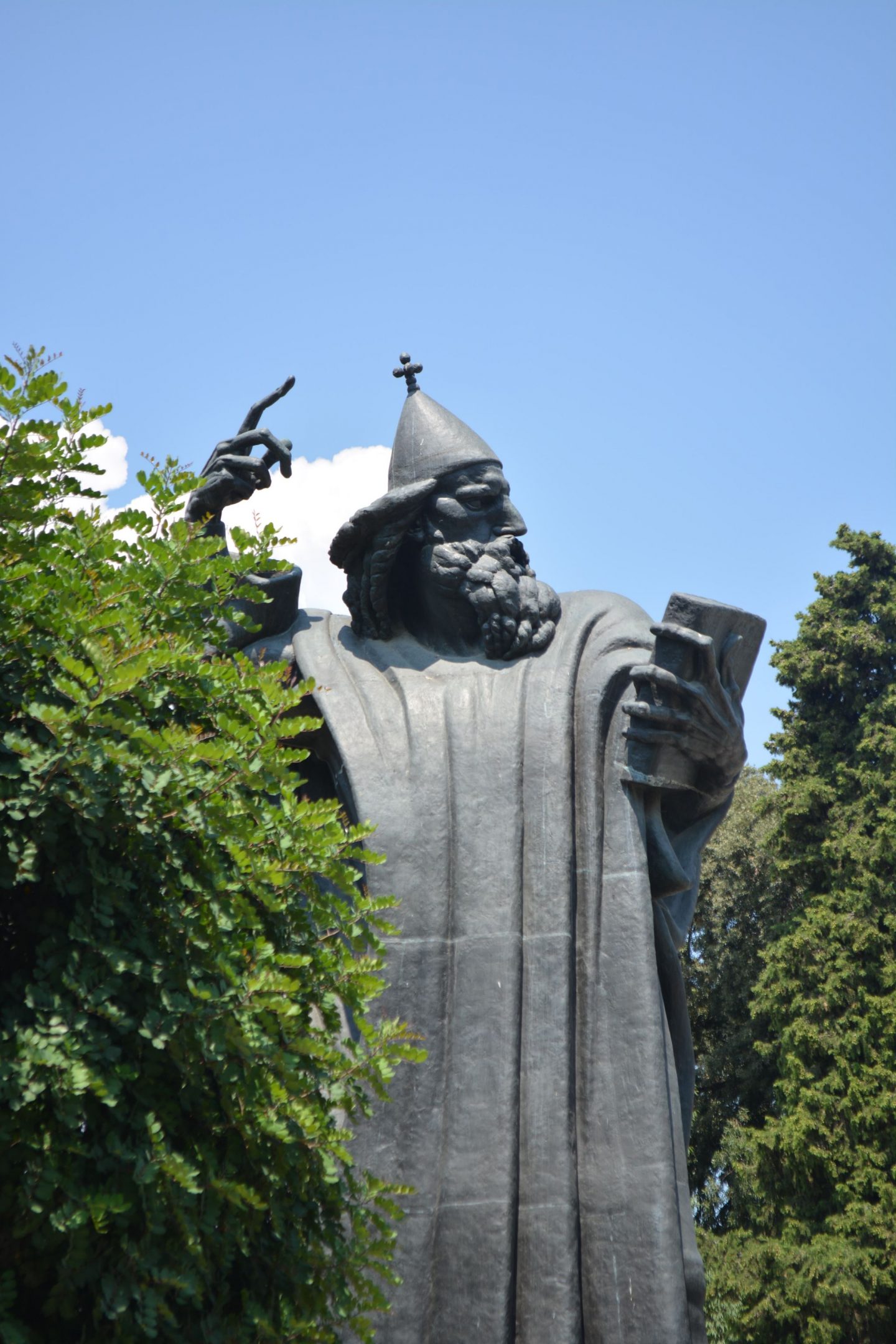 Tired after a long day of being in the sun and walking close to 10,000 steps, we started to make our way back to the ship. Instead of going back the same way we came, we chose to walk down the path right along the water. We got a great glimpse of the waterfront buildings and we got to poke our heads into many of the souvenir shops by the water’s edge. One of my favourite things to see is the water sparkling from the reflection of the sun. Almost like dancing light. 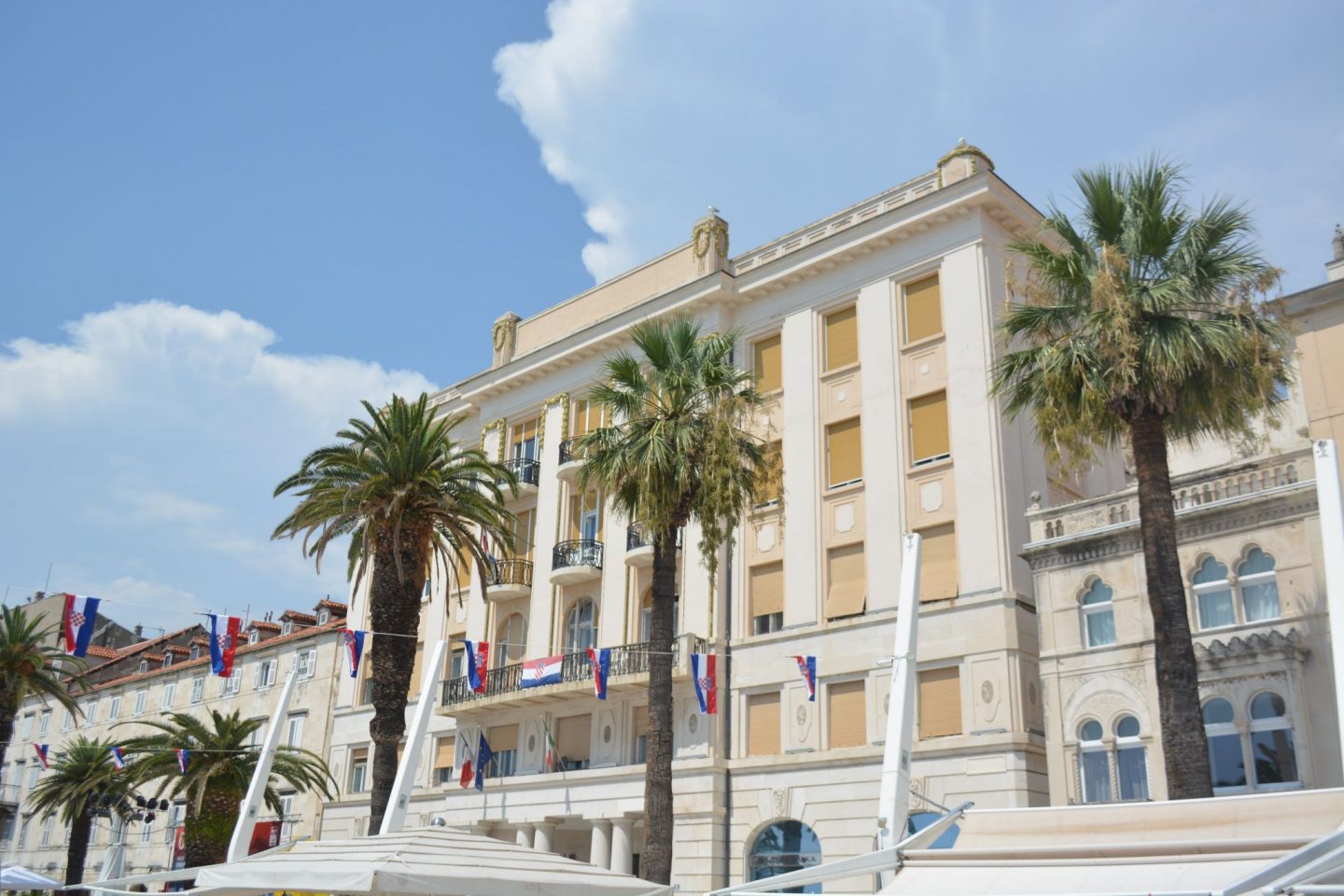 We made our way back to the boat, hungry for a meal but full from the day’s adventure. After a day of Split, we were even more excited for our day tomorrow in Dubrovnik, a city that has been dubbed the Pearl of the Adriatic. All for good reason, you’ll soon see.