And we found ourselves back in the city with waterways instead of roads and gondolas instead of cars.  We were back in the company of gelato, masquerade masks, and hidden alleys built on water. We were in Venice, and it was so good to be back for the second time. 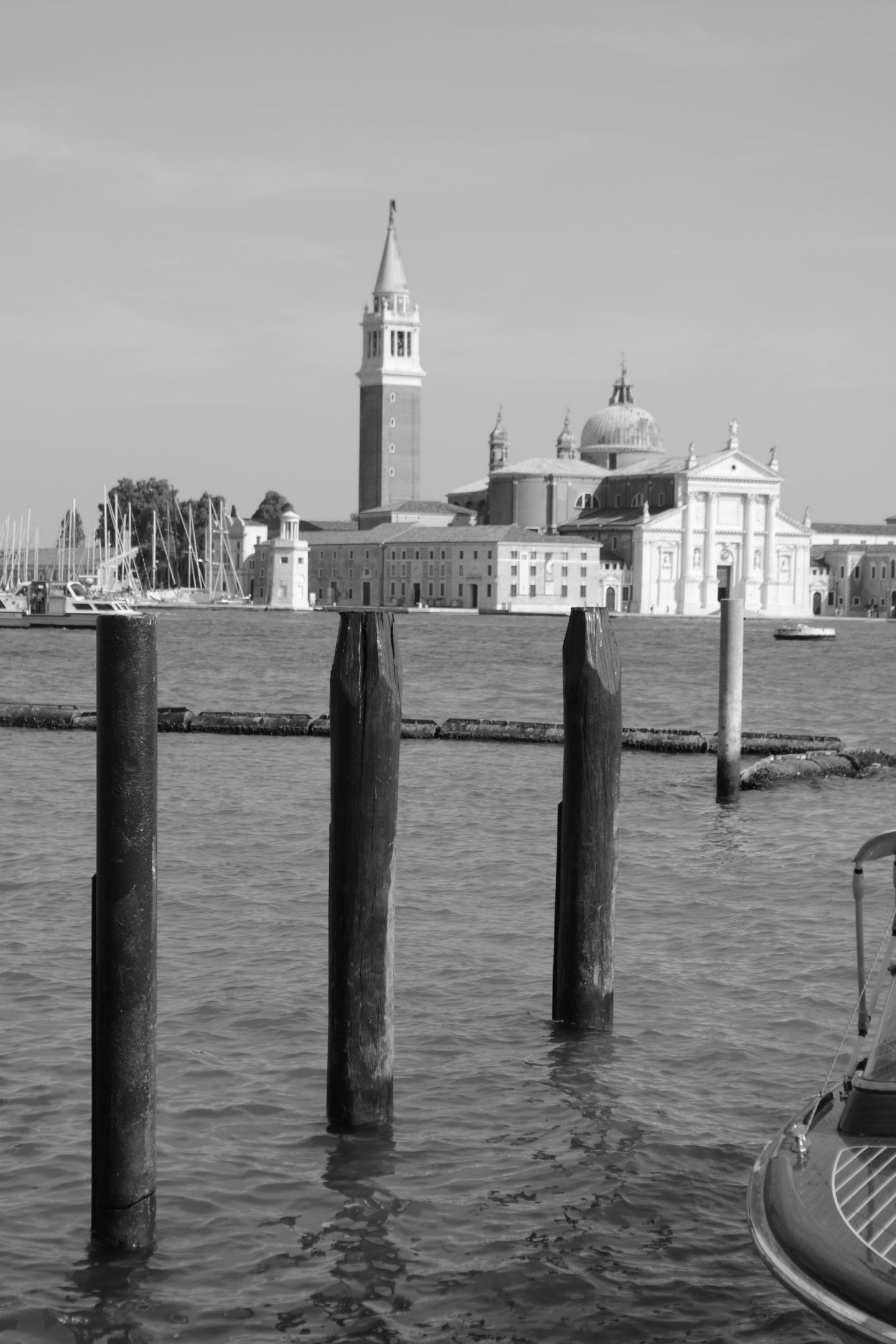 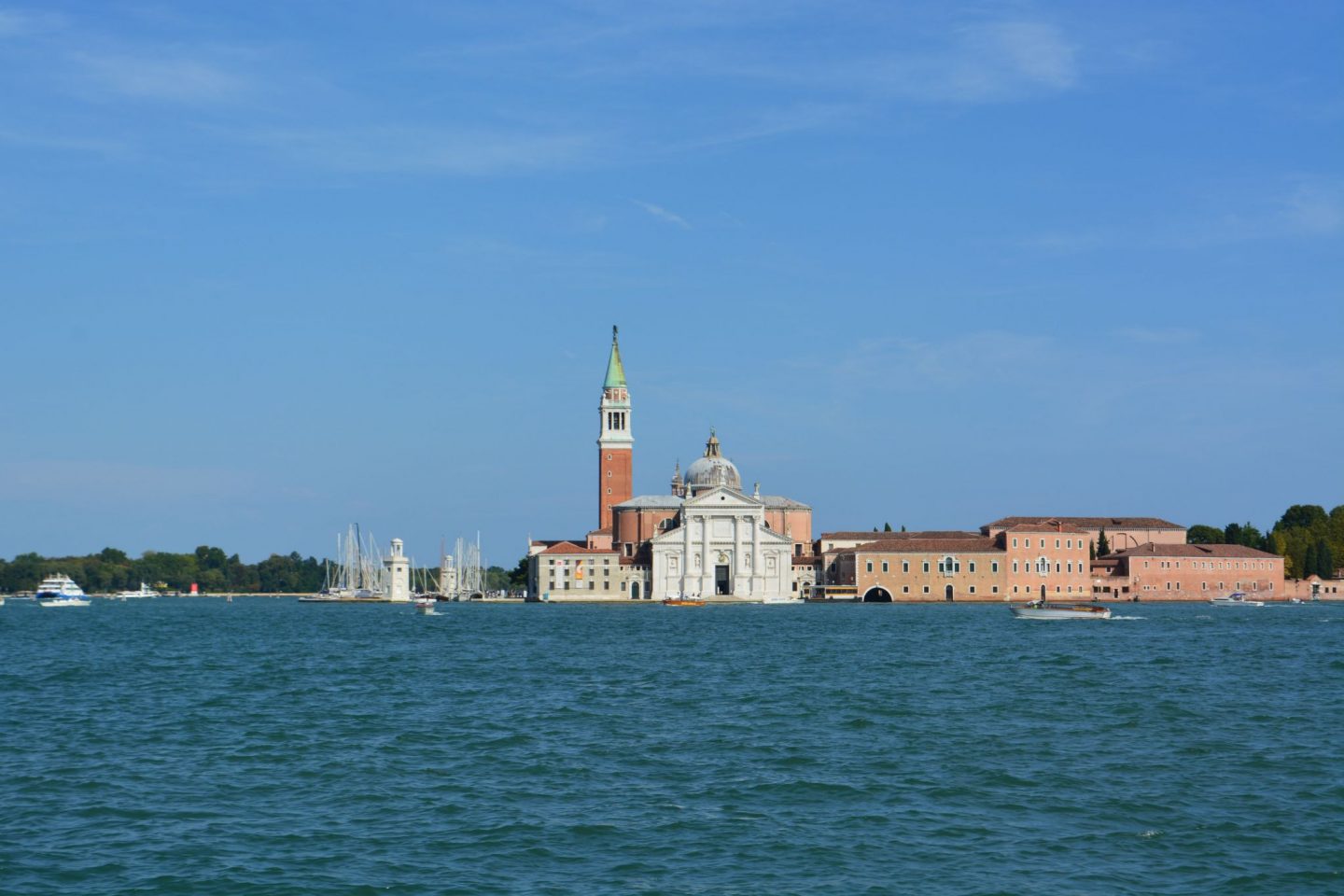 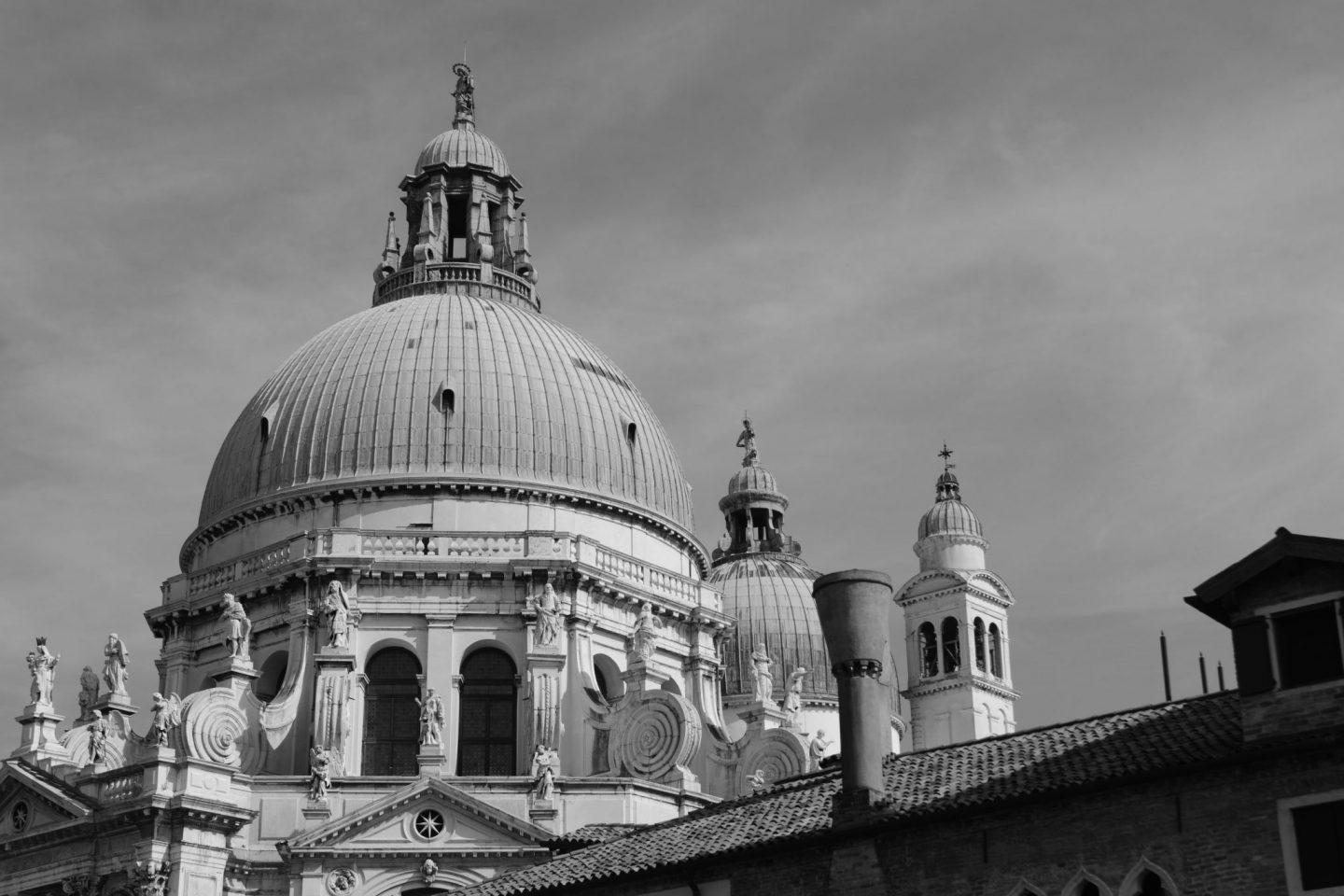 I finished the book, Sapiens, just a couple months ago and the author writes about this whole idea of romanticism that has really exploded, especially in the 21st century. It involves buying experiences over material goods. As human beings, we long to see the world, we invest in trips abroad, we go to movies, or we throw money at cool restaurants that let you eat blindfolded. Because it’s all about the experience and over time, it is this collection of these experiences that make up a life. Our life.

We were complete romantics in Venice. For us, the one day we had in the city before embarking on the ship was going to be all about trying to experience what the Italians call ‘dolce far niente’ (the sweetness of nothing). While Venice did have a lot of tourist attractions and sights to see, we had already seen most of them on our last visit. All the mandatory tourist pictures had been taken already, so this time, the focus would just be on trying new things and enjoying the beauty of each moment. Cliché, I know. 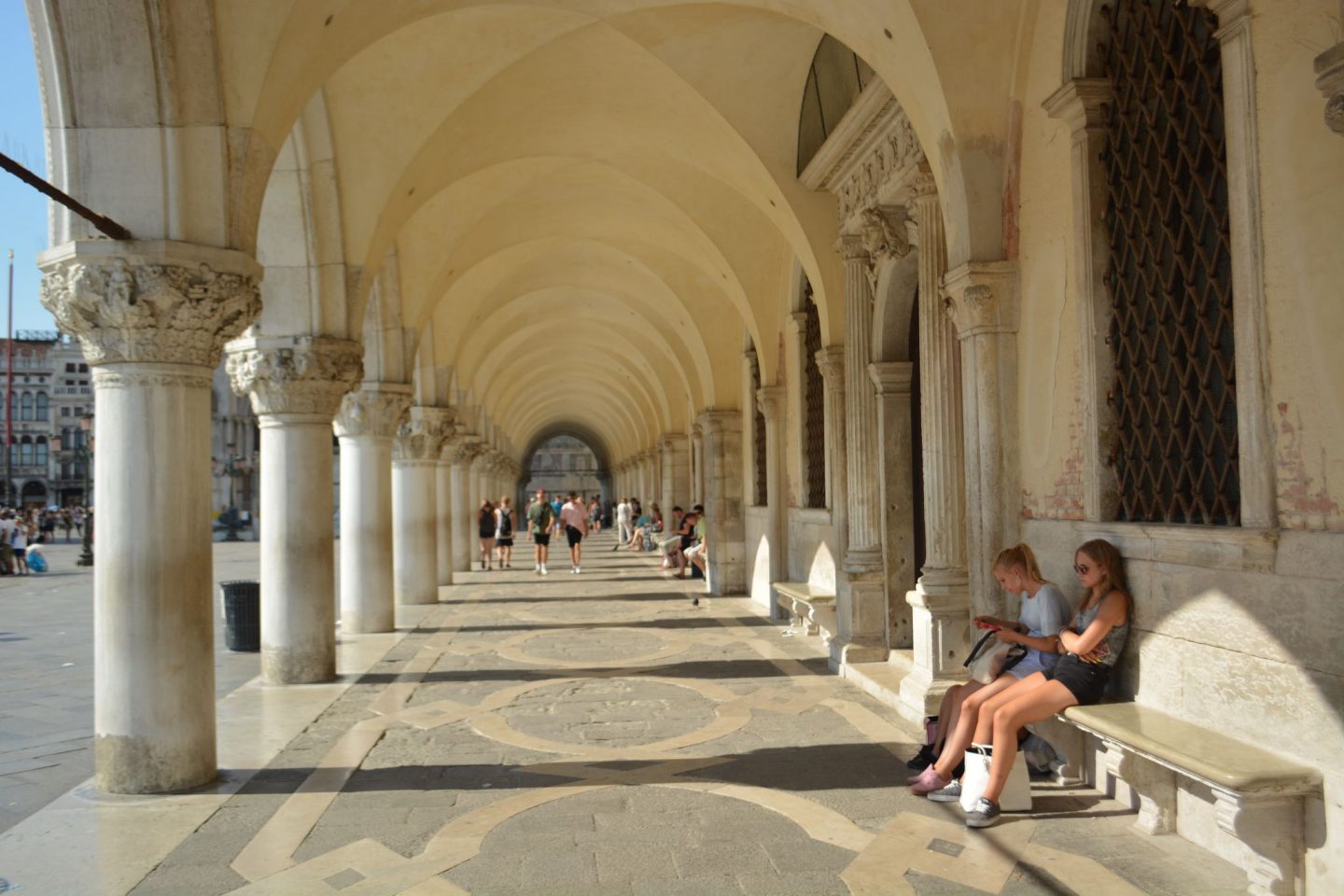 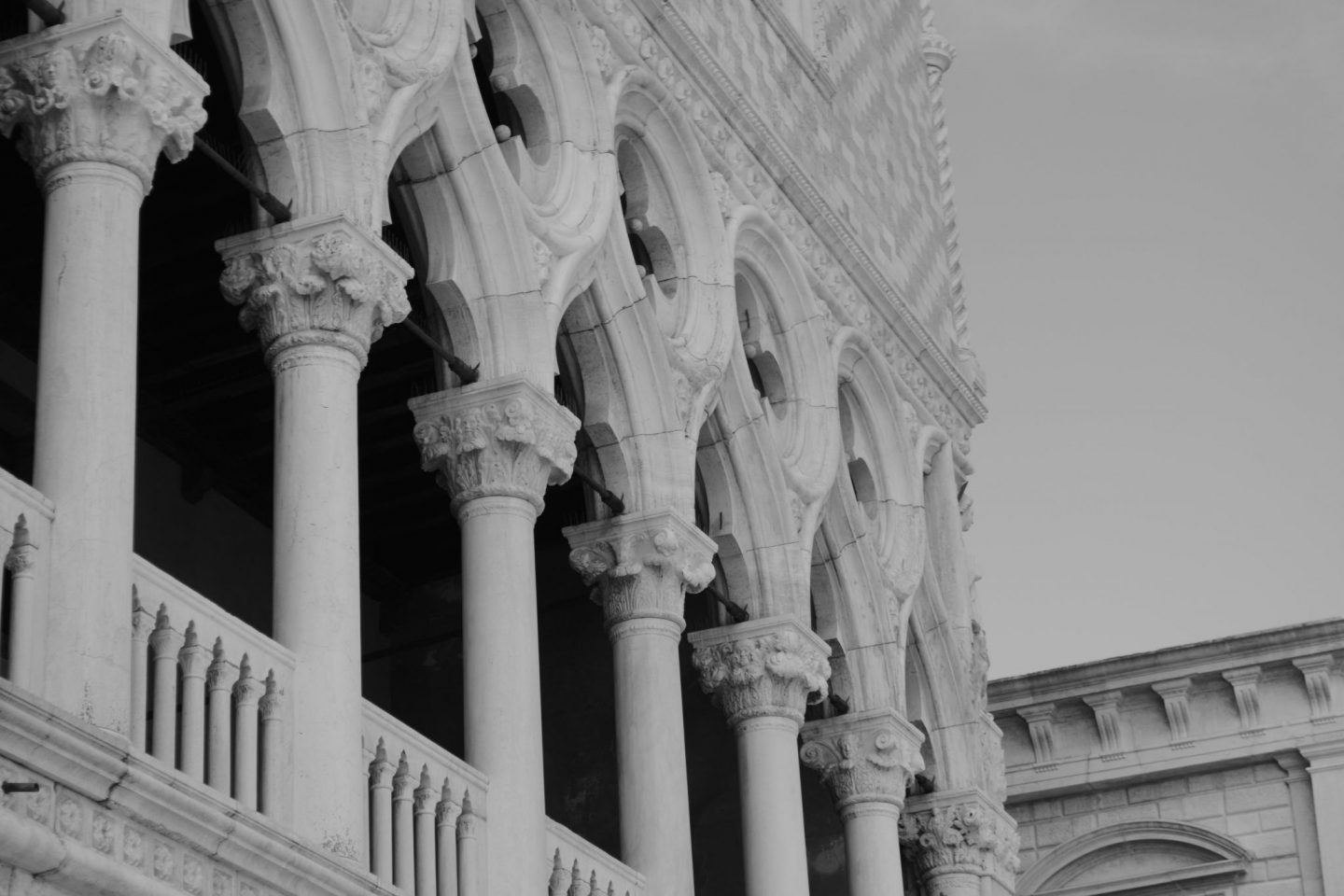 Our hotel wasn’t located on the main island so we had to take a train, and then a crowded waterbus, to reach San Marco Square. It was already mid-afternoon by the time we got there so we had until about 11 pm at night to do all that we wanted to do, which mostly just consisted of walking around. The first thing that we chose to do was to take an elevator ride up to the top of the bell tower (Campanile) in San Marco Square because that is something we didn’t get to do last time. 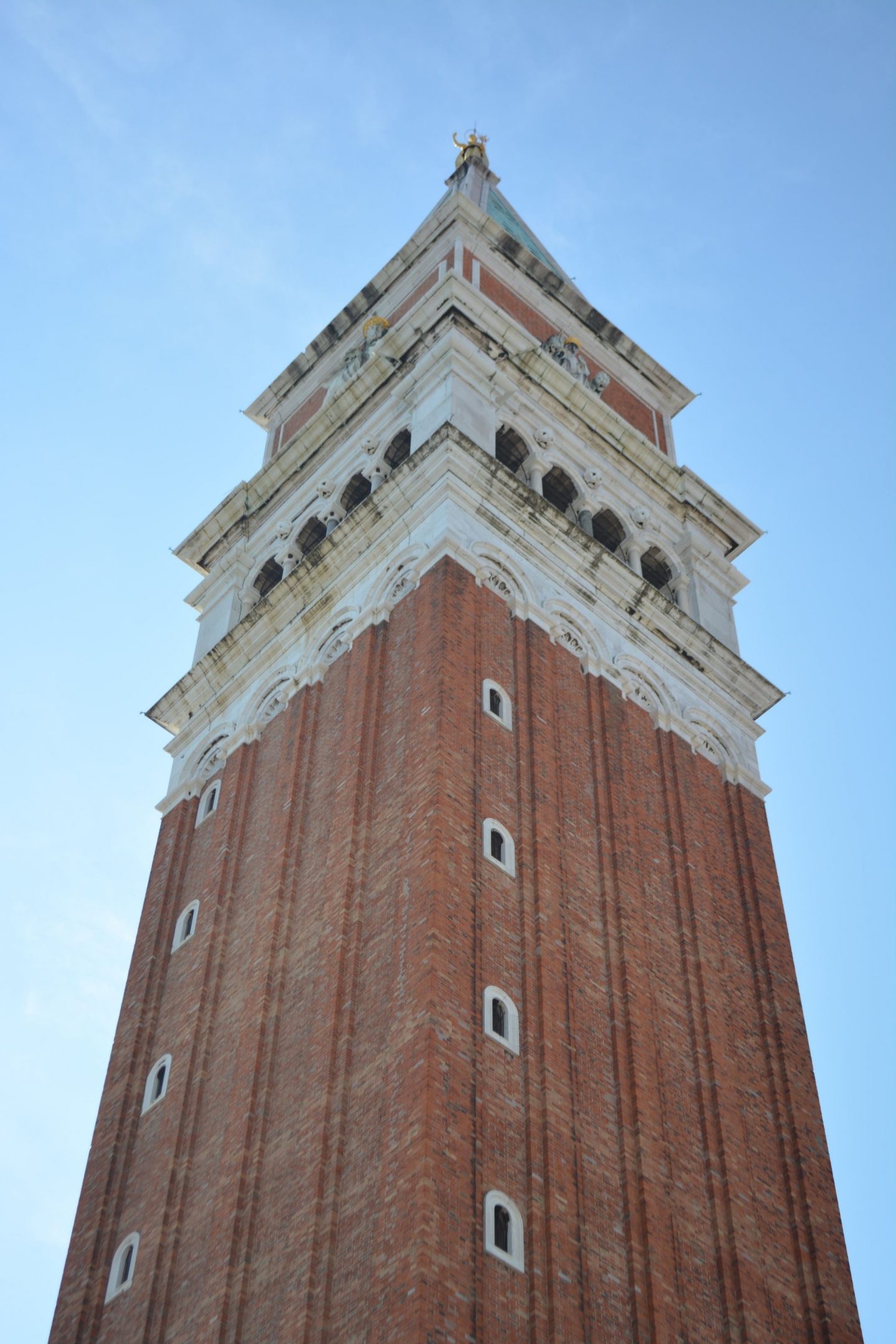 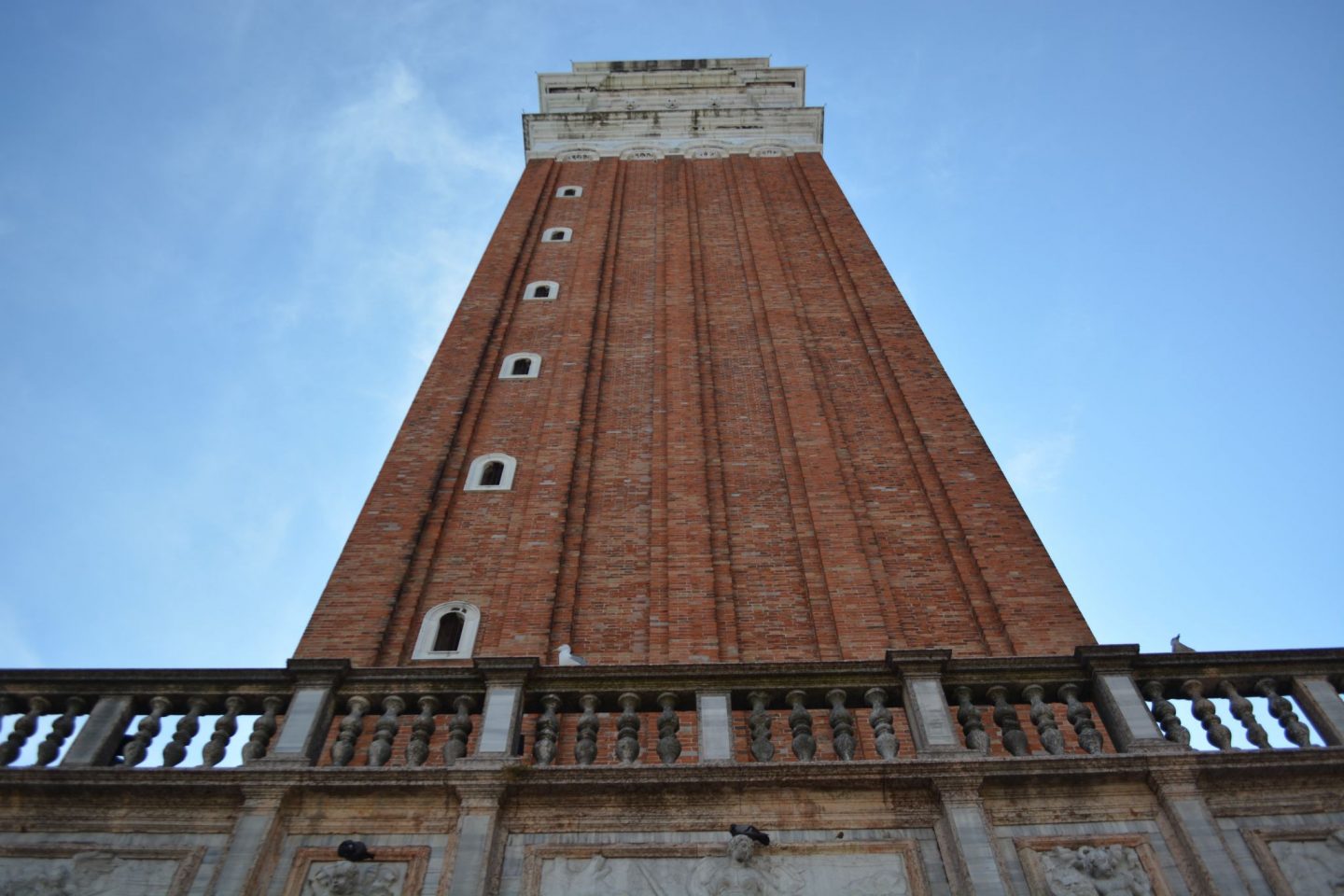 We got great pictures of the city below from the top as we normally do any time we climb some sort of tower. 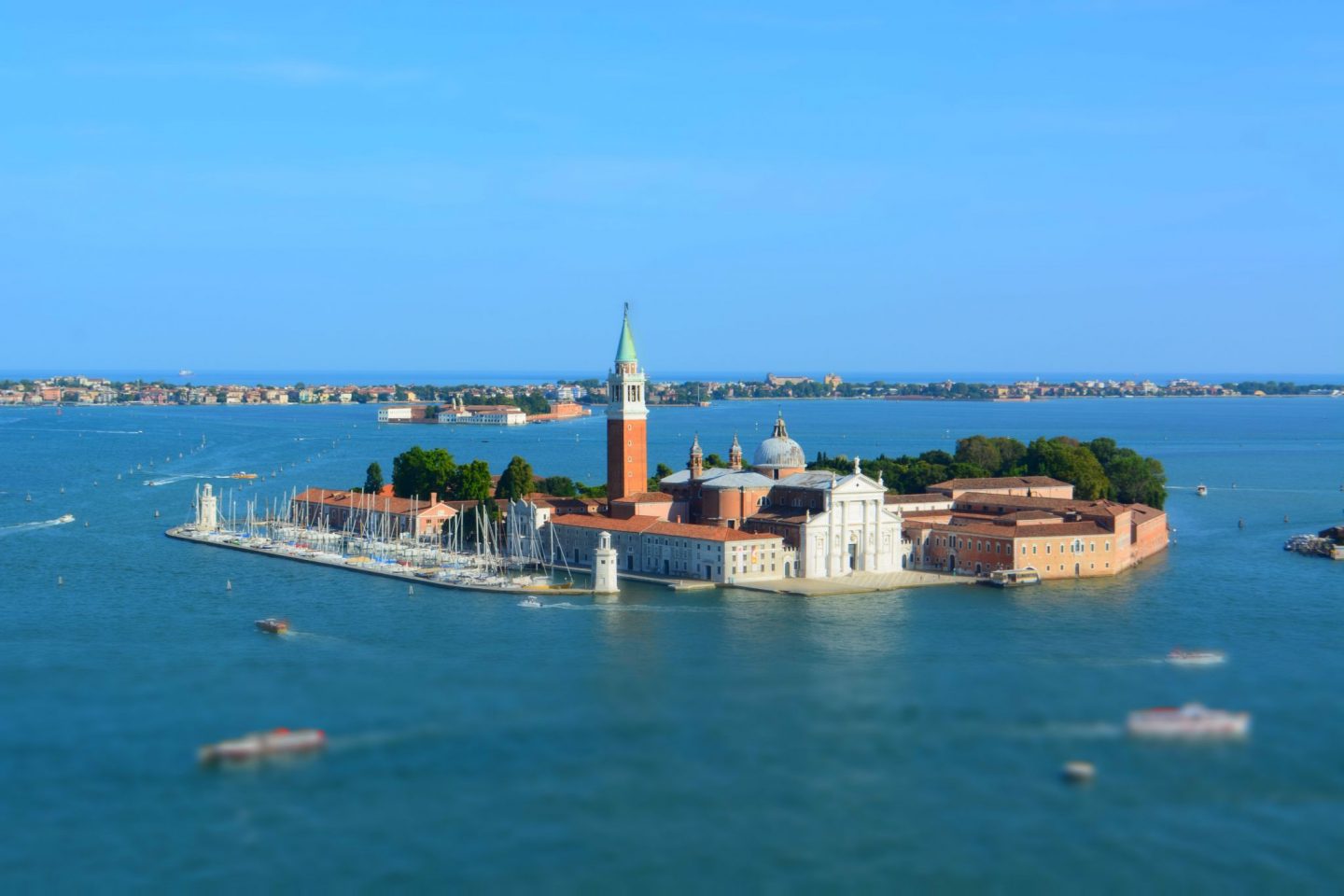 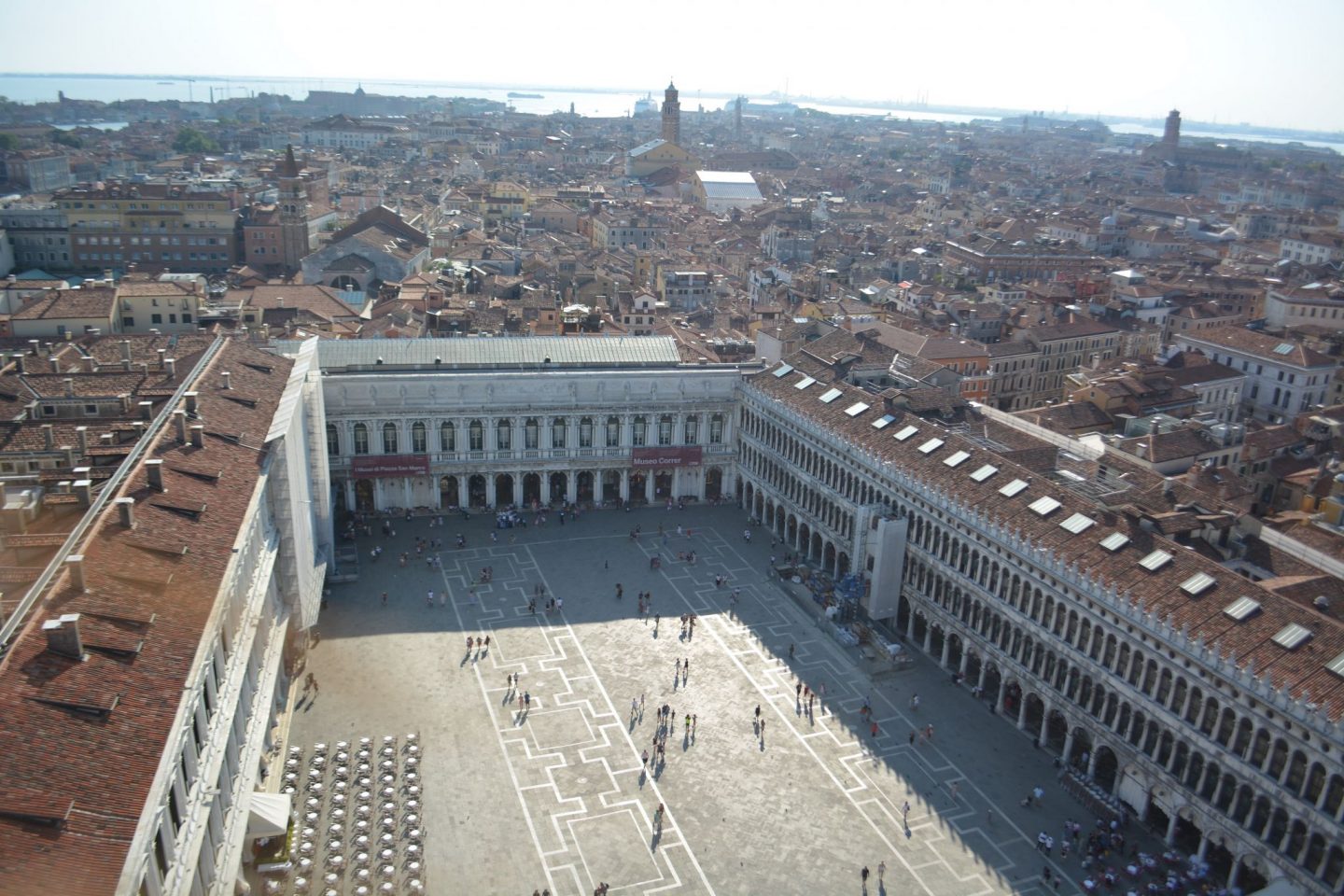 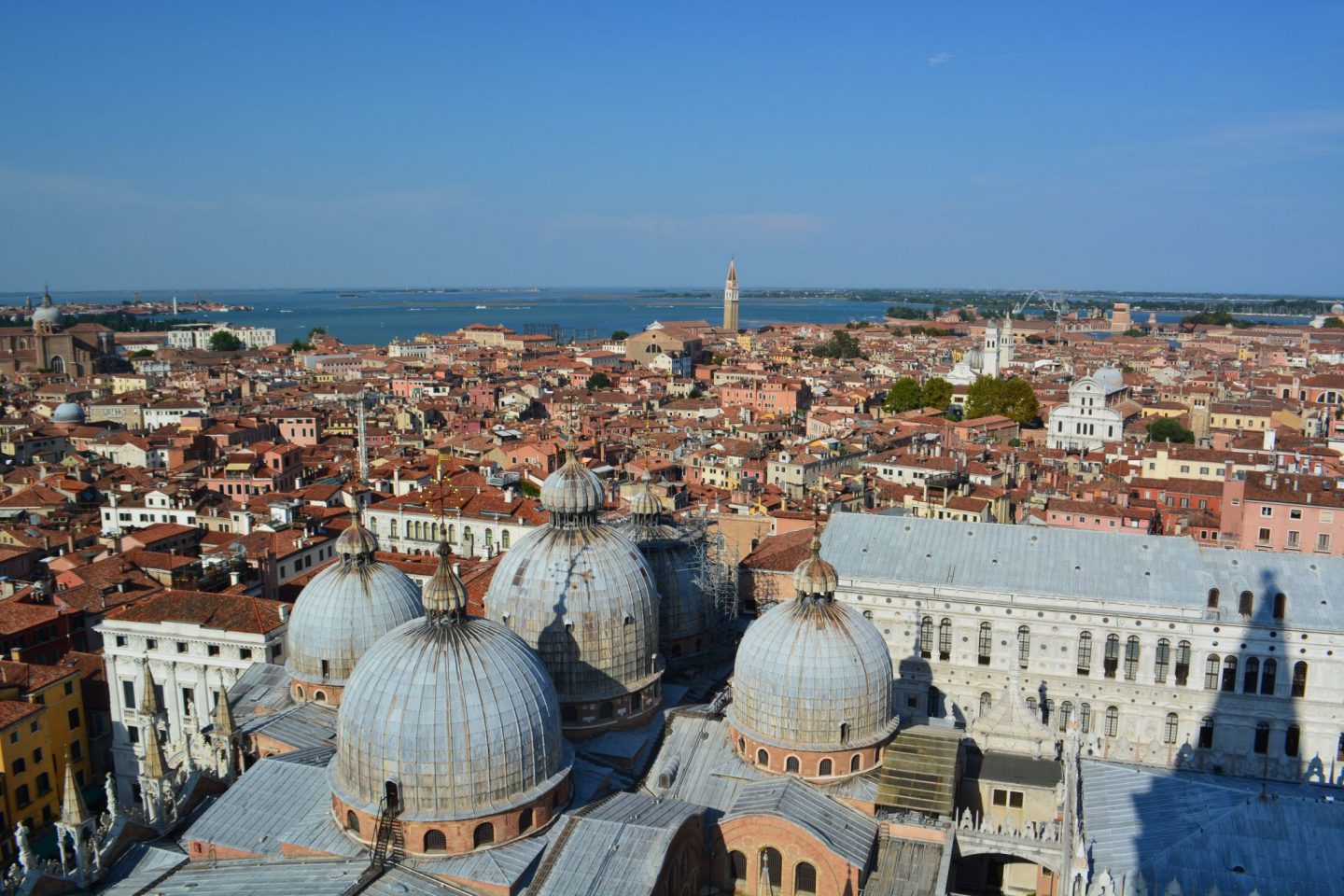 Before leaving, we had done our research and one of the travel books that we read said that you wanted to be at the top of the tower when the bells rang at 12 pm and at 6 pm. By the time we reached the top, it was half-past 5 already, so we had ample time to capture all the photos that we wanted and be ready with our video cameras and phones shortly before 6 pm. Unfortunately, to our disappointment, after standing around and waiting, the bells never did sound. So we came down and started our next adventure.

Another travel book said that the best time to do a gondola ride was during sunset, which was at around 8:30 pm. We had gone on a gondola last time in Venice, but that was at peak noon. This time, we wanted to try something different. We had a bit of time to kill before the gondola ride, so we chose to stop at a restaurant by the edge of the canal, overlooking the Rialto Bridge. We split a traditional Italian pizza and while we filled ourselves us with the rich food, we watched day turn to dusk and watched the tourists pass by to and fro, both on foot and in the gondolas. 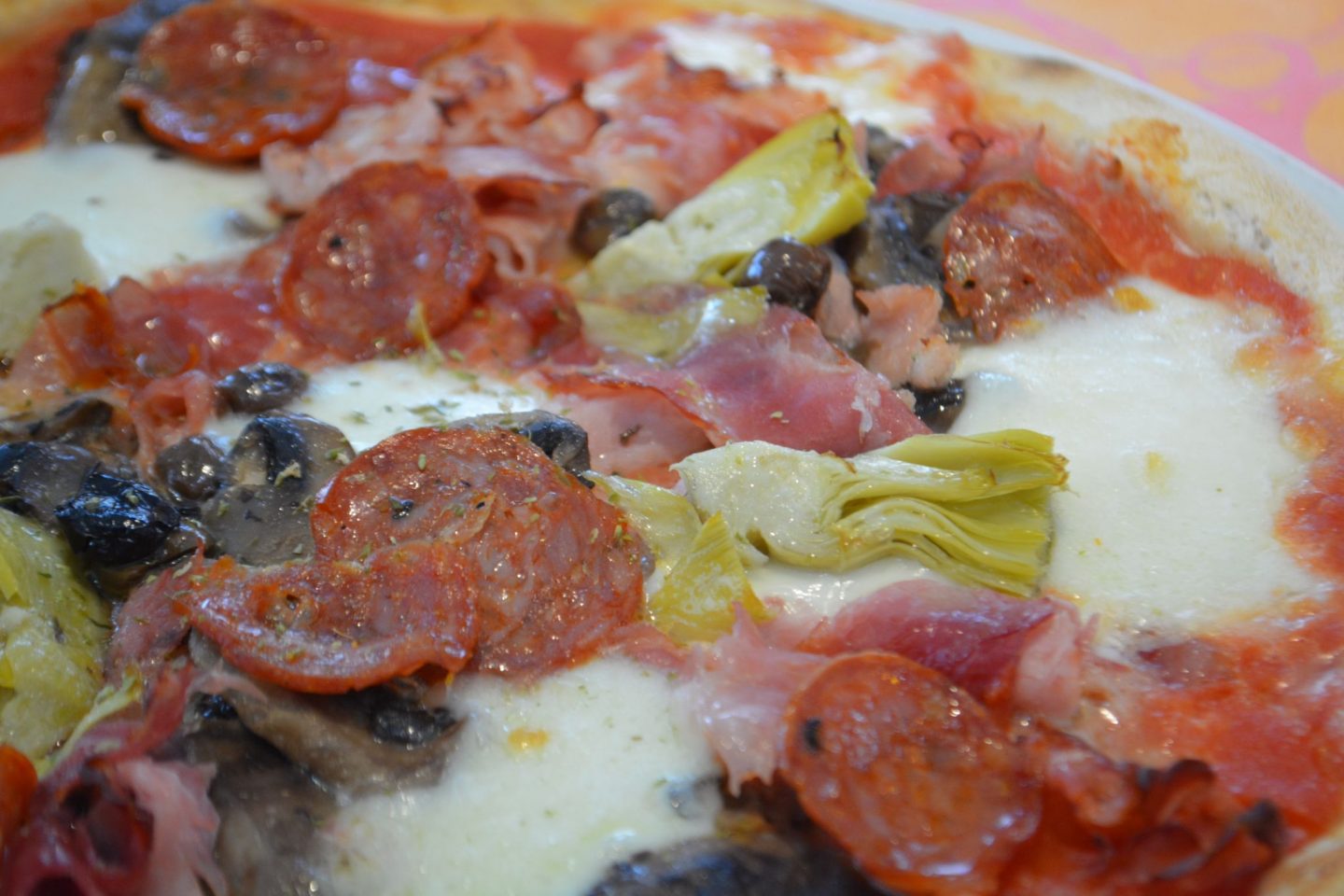 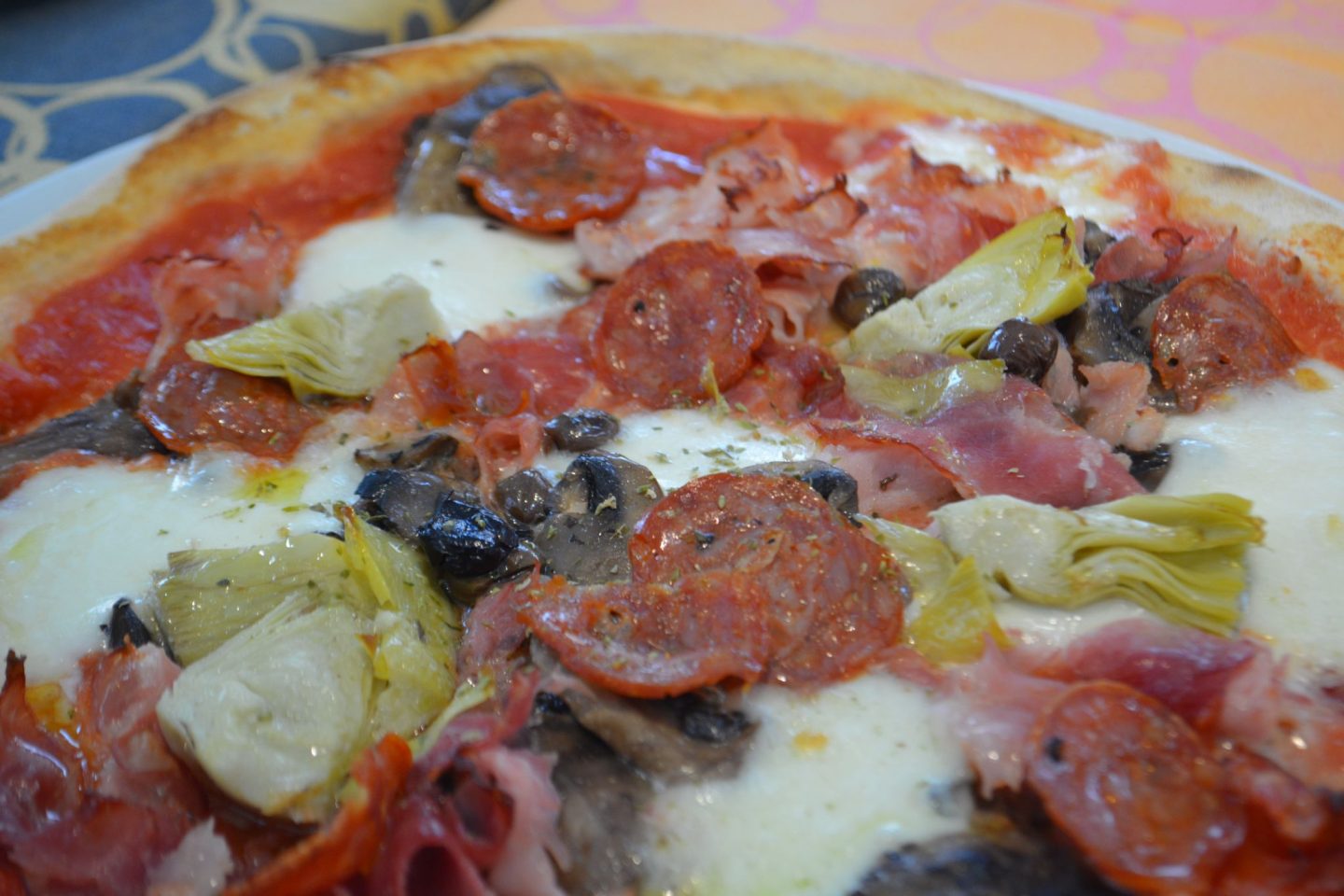 Romanticism at its finest. 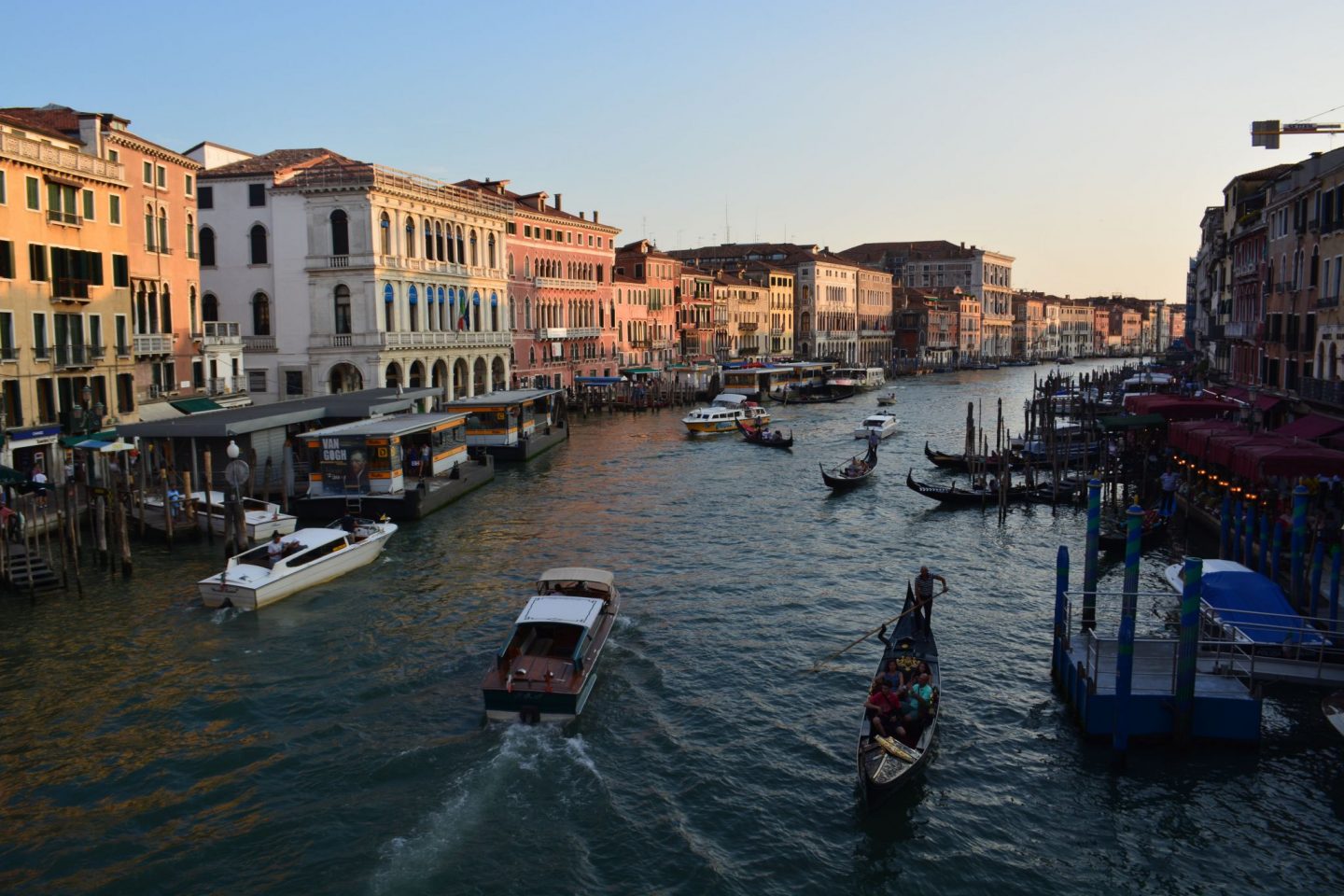 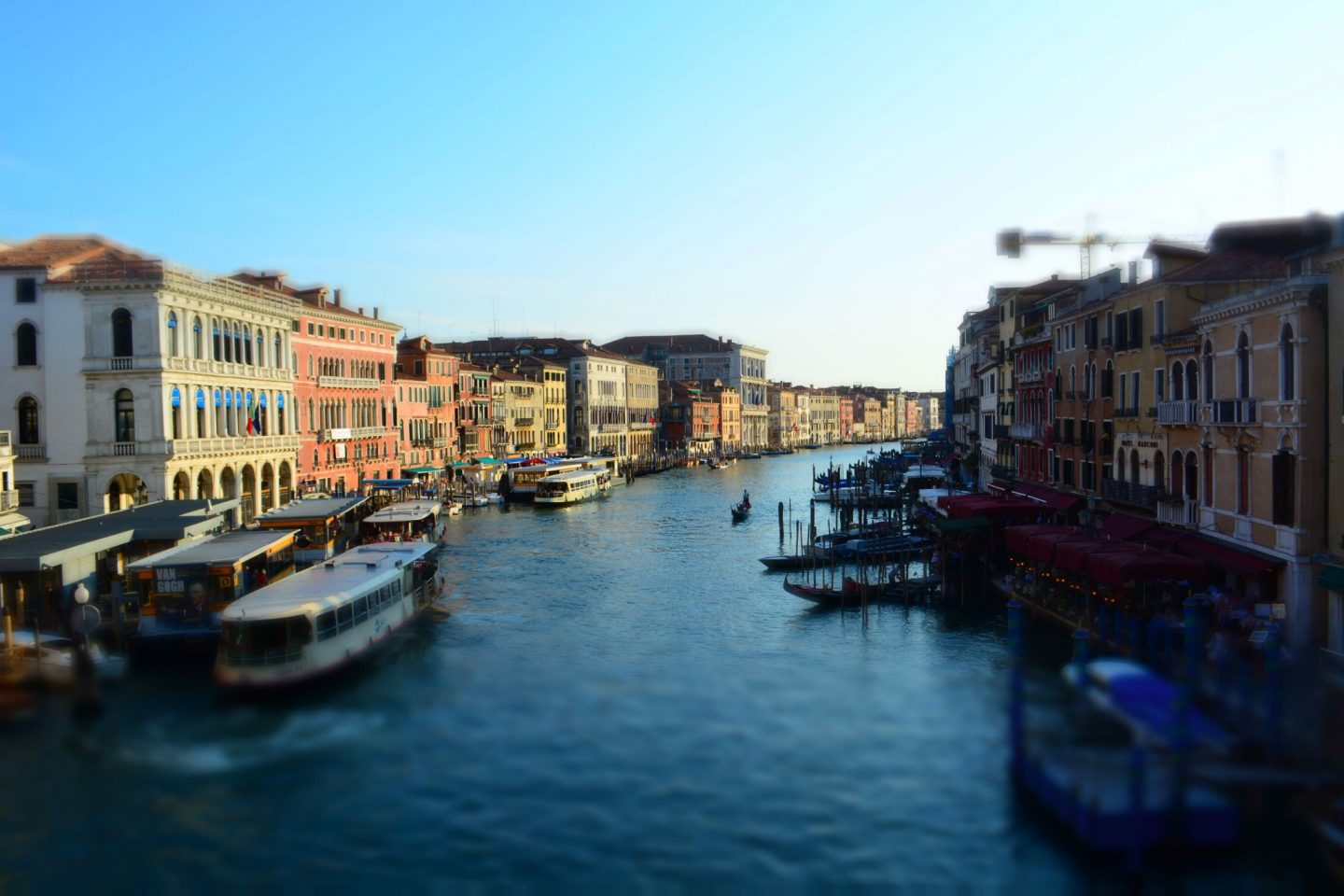 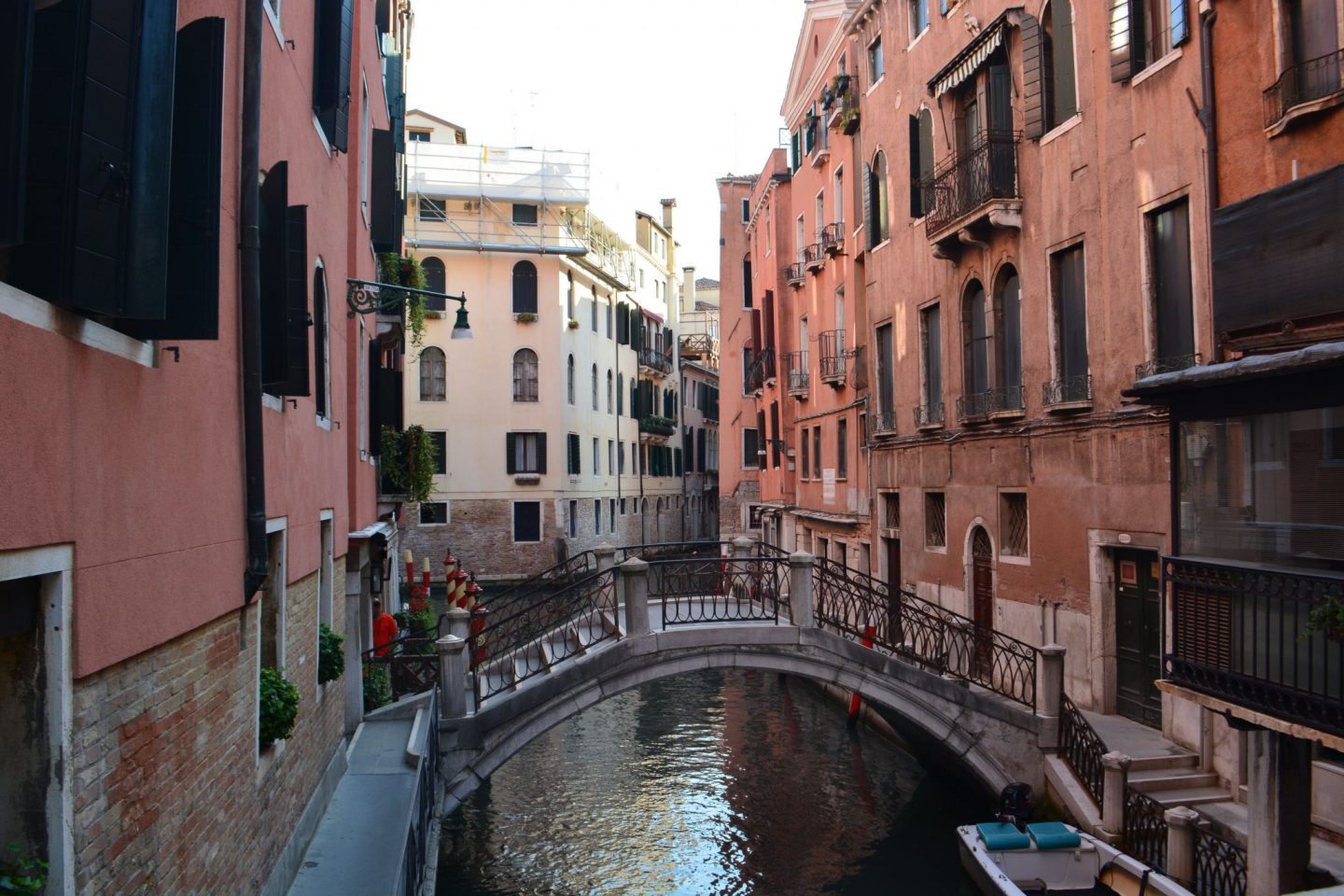 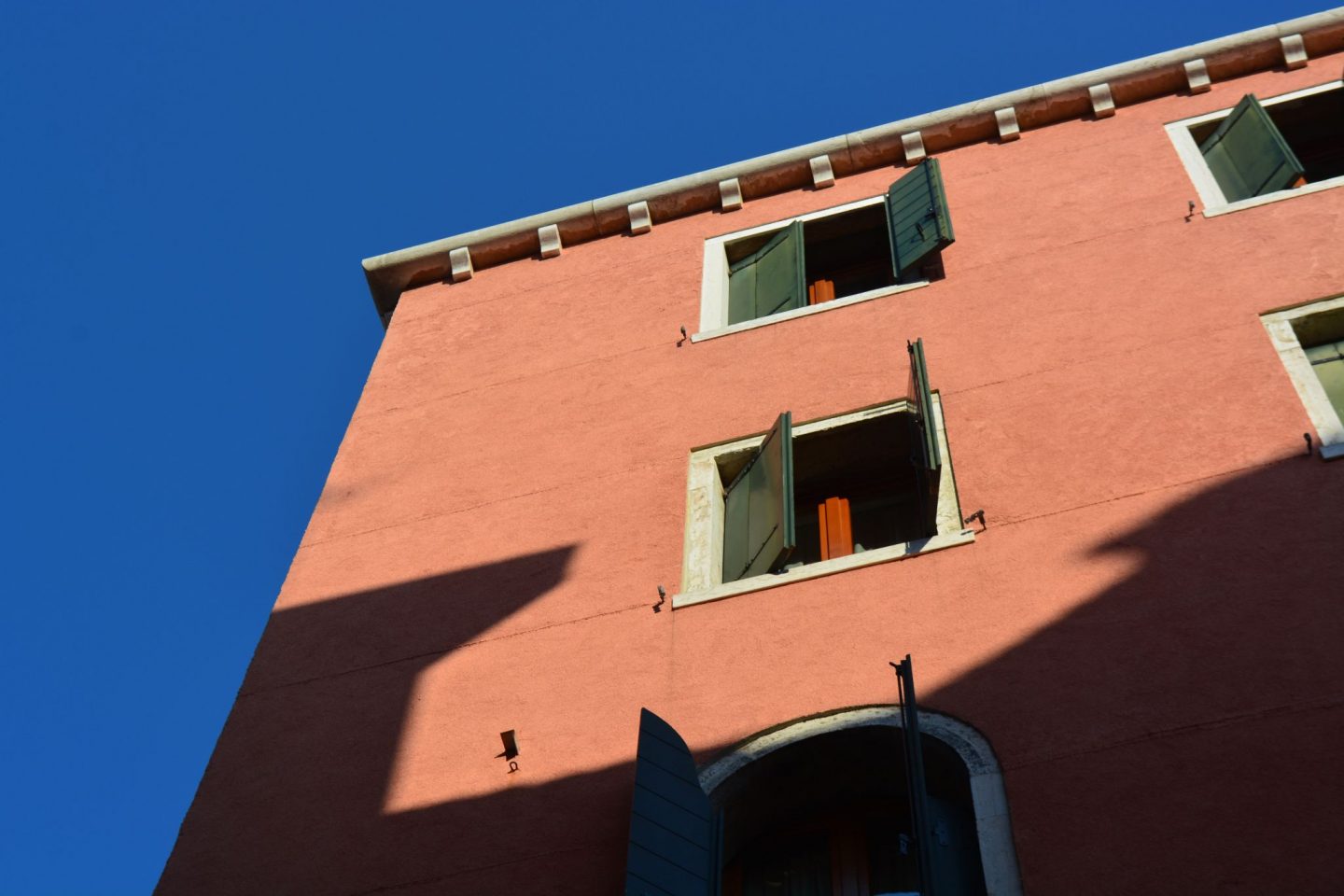 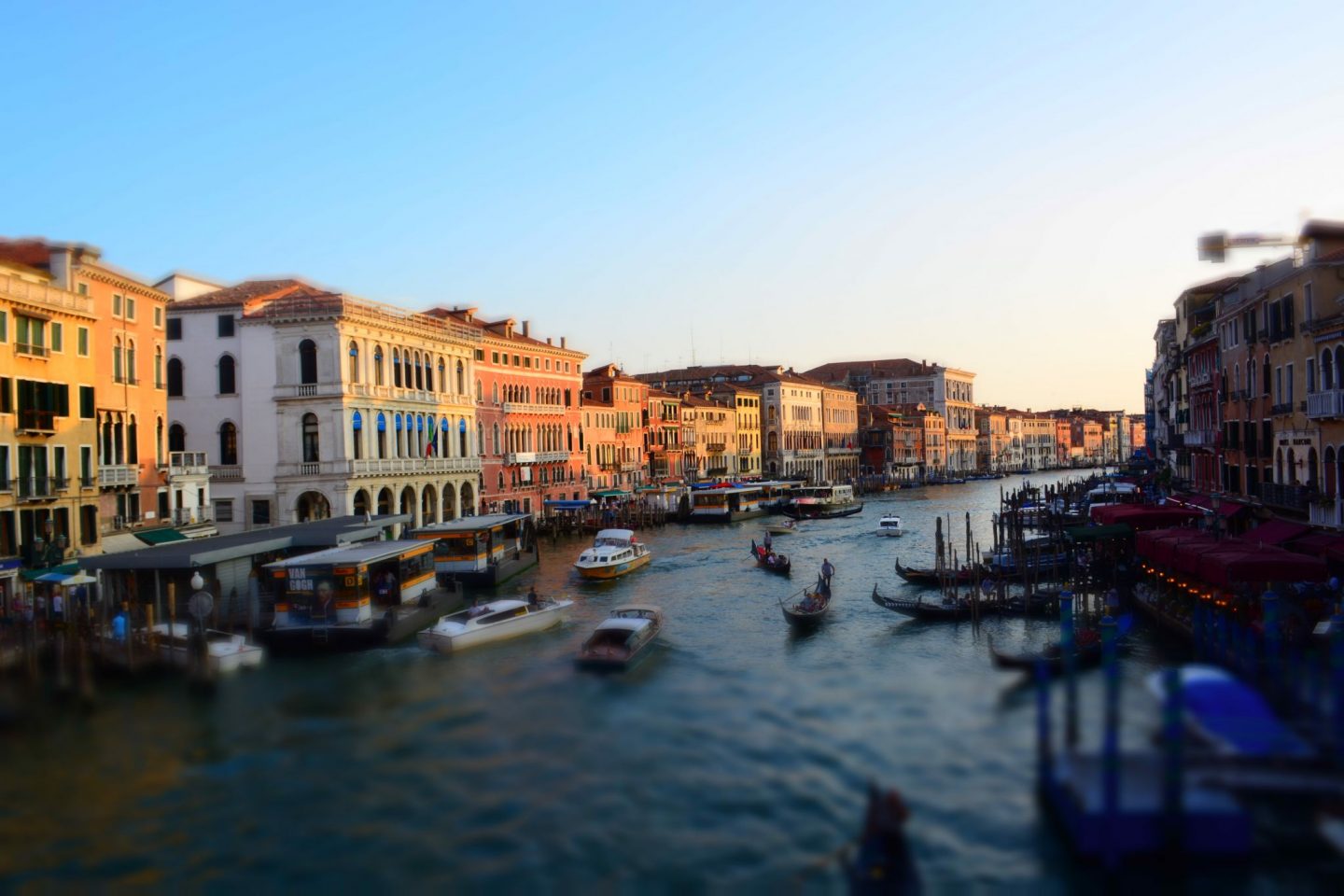 While we didn’t quite catch the gondola at the perfect time and there was no grand sunset to watch, it was still a great experience nonetheless. We were starting to understand what the Italians meant by ‘dolce far niente.’ There was something about sitting on the gondola, gazing at the surrounding streets and mindlessly watching at the lapping water underneath. Just the sound of the oar in the water, and the soft chatter of the people nearby. An exciting nothingness, almost. 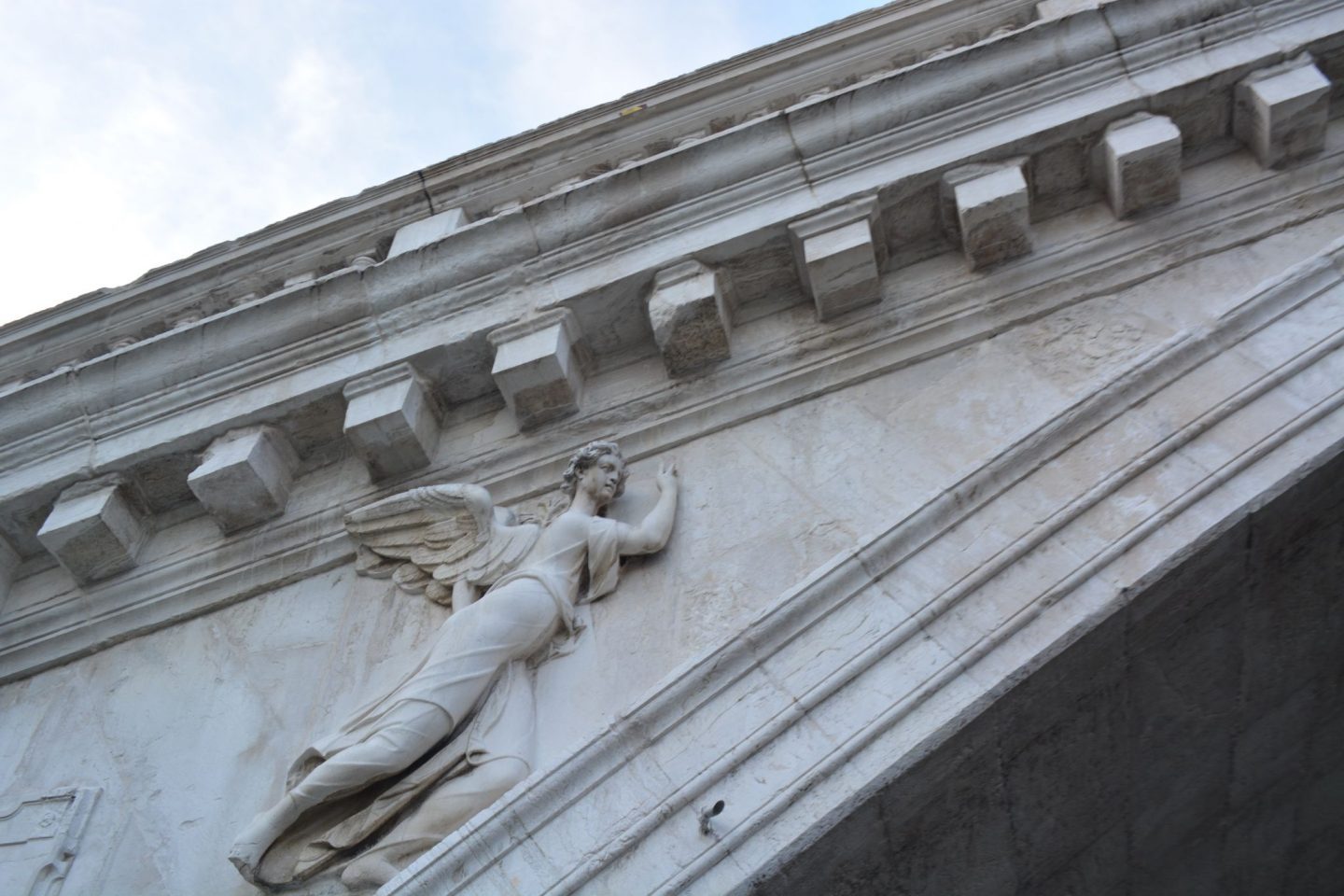 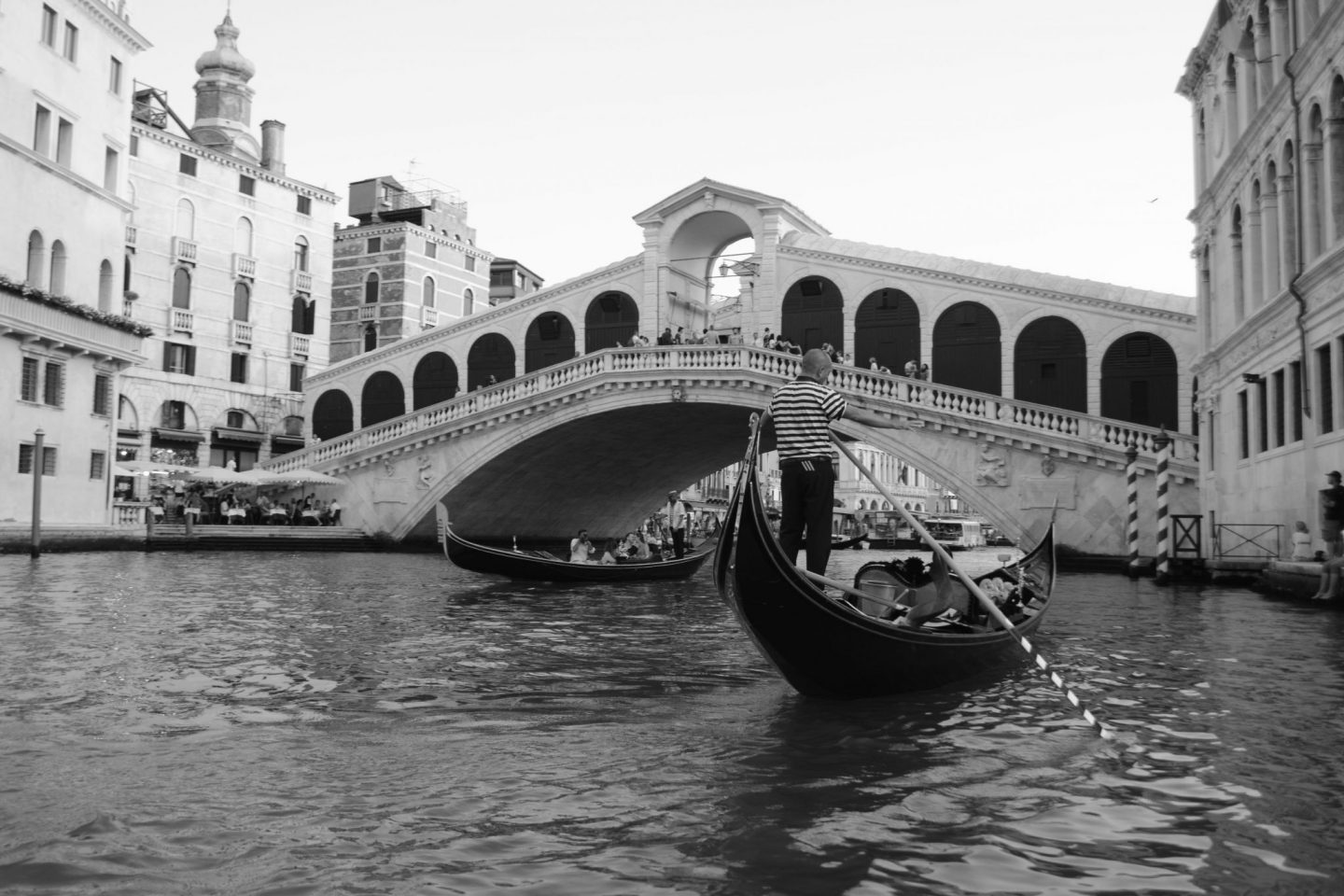 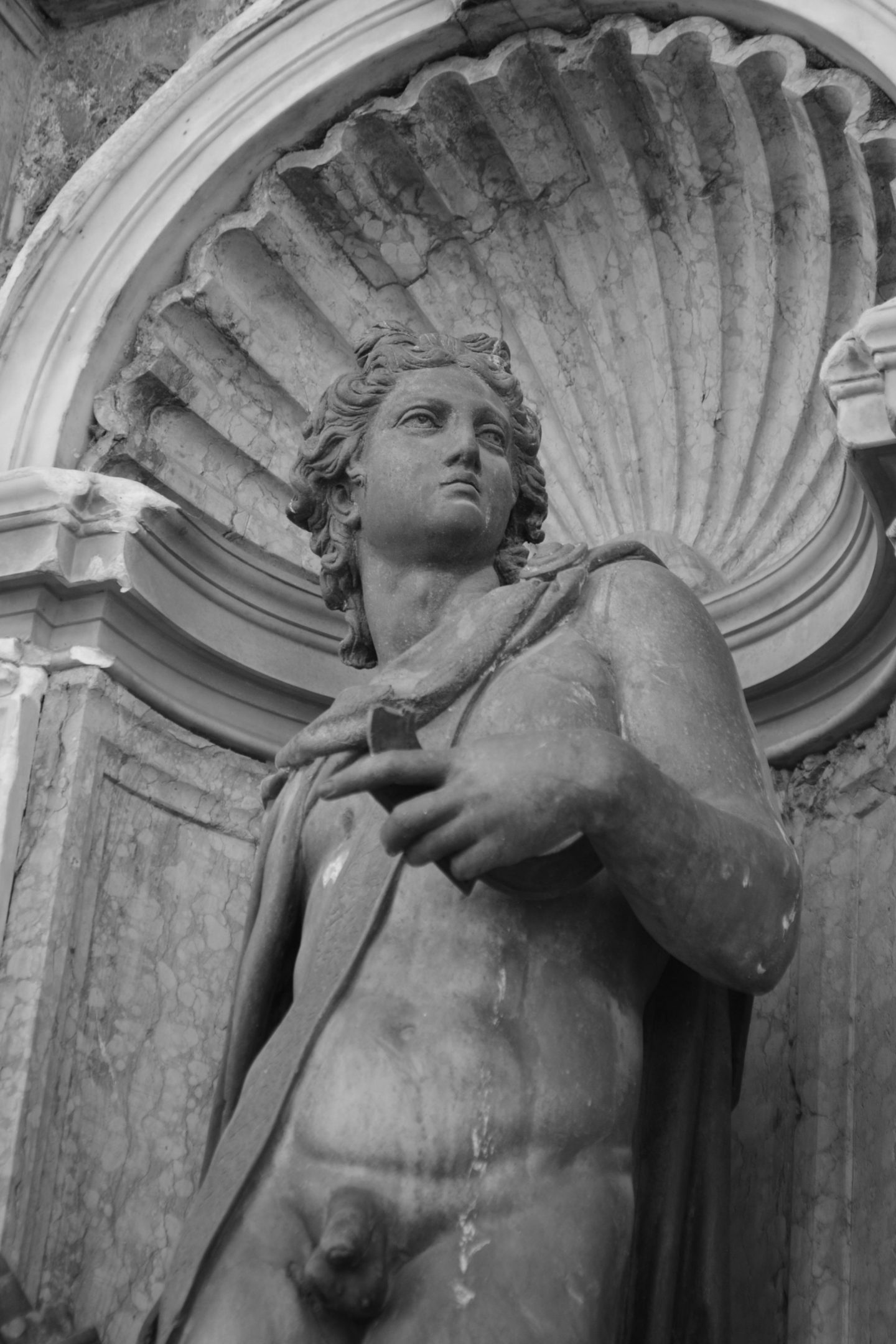 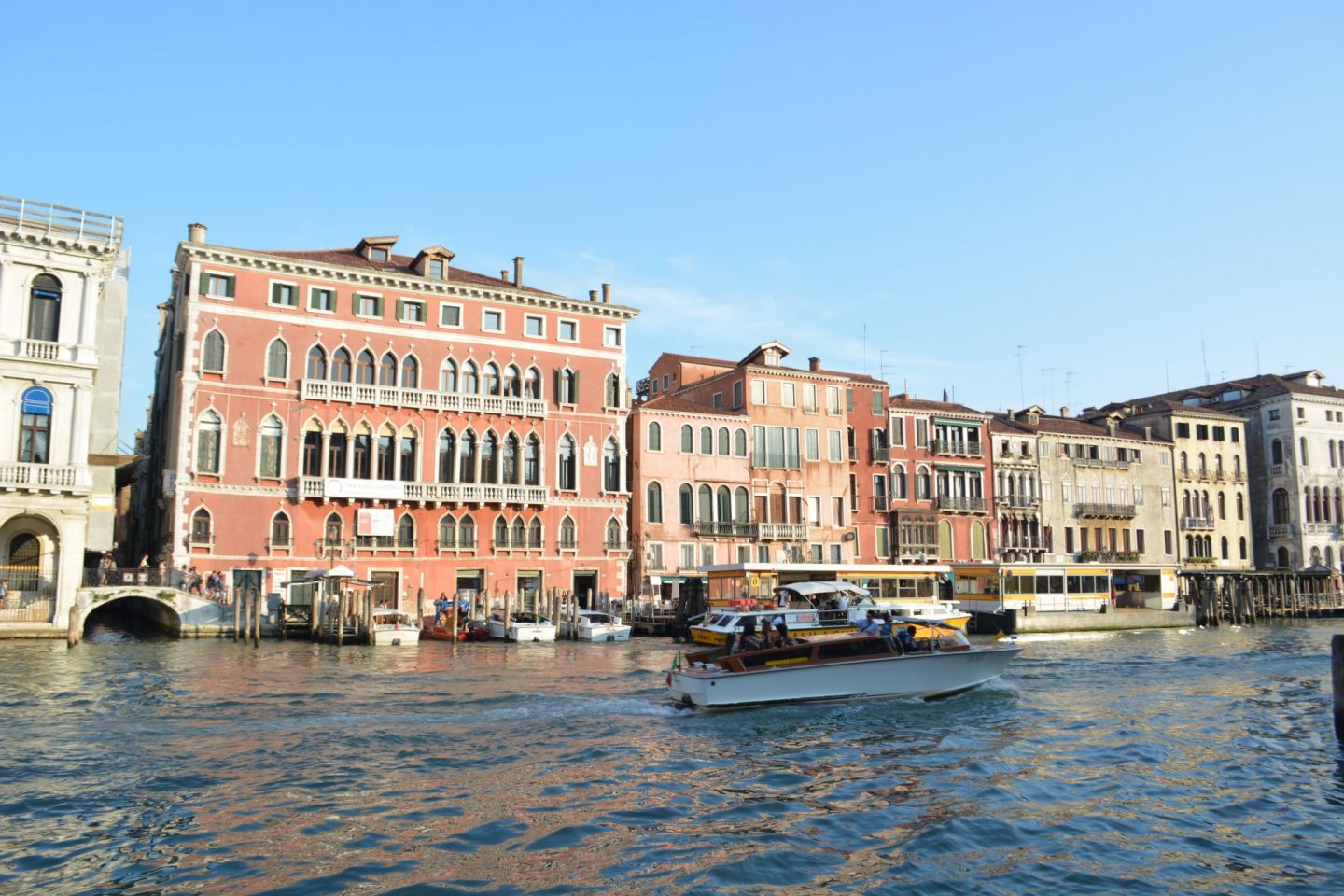 We only had about an hour in the city before we had to head back on the waterbus. The wait and the journey was always much longer than expected. So, for the grand finale of the night, we indulged in yet another experience that we had been longing to have since starting to plan for our trip. We headed back to San Marco Square, where the journey all began, and parked ourselves at one of the cafes in the square. What was so special about the cafes at night was that they featured pop-up “dueling orchestras”, which was similar to a small bandstand that featured various musicians playing their best classical pieces. I think they’re dubbed the ‘dueling orchestras’ of the square is because each café and each band is trying to outplay the surrounding bands. After all, whichever café has the best band typically gets the most customers.

So after picking a café, we picked our seats and we picked our choice of wines and beers. The drinks were not cheap – a glass of wine was about 15 Euros. But you are paying to drink it a café in one of the most popular squares in the world and you are essentially paying cover to sit and listen to the performances.

For about an hour, we just sat and listened. We sat and drank, and sat and talked, and sat and laughed. The whole idea of ‘dolce far niente’ was coming back. We weren’t doing anything crazy or bold; we were just sitting at a table listening to classical music. But that was enough for us in the moment, and we had waited months to simply be in that moment. 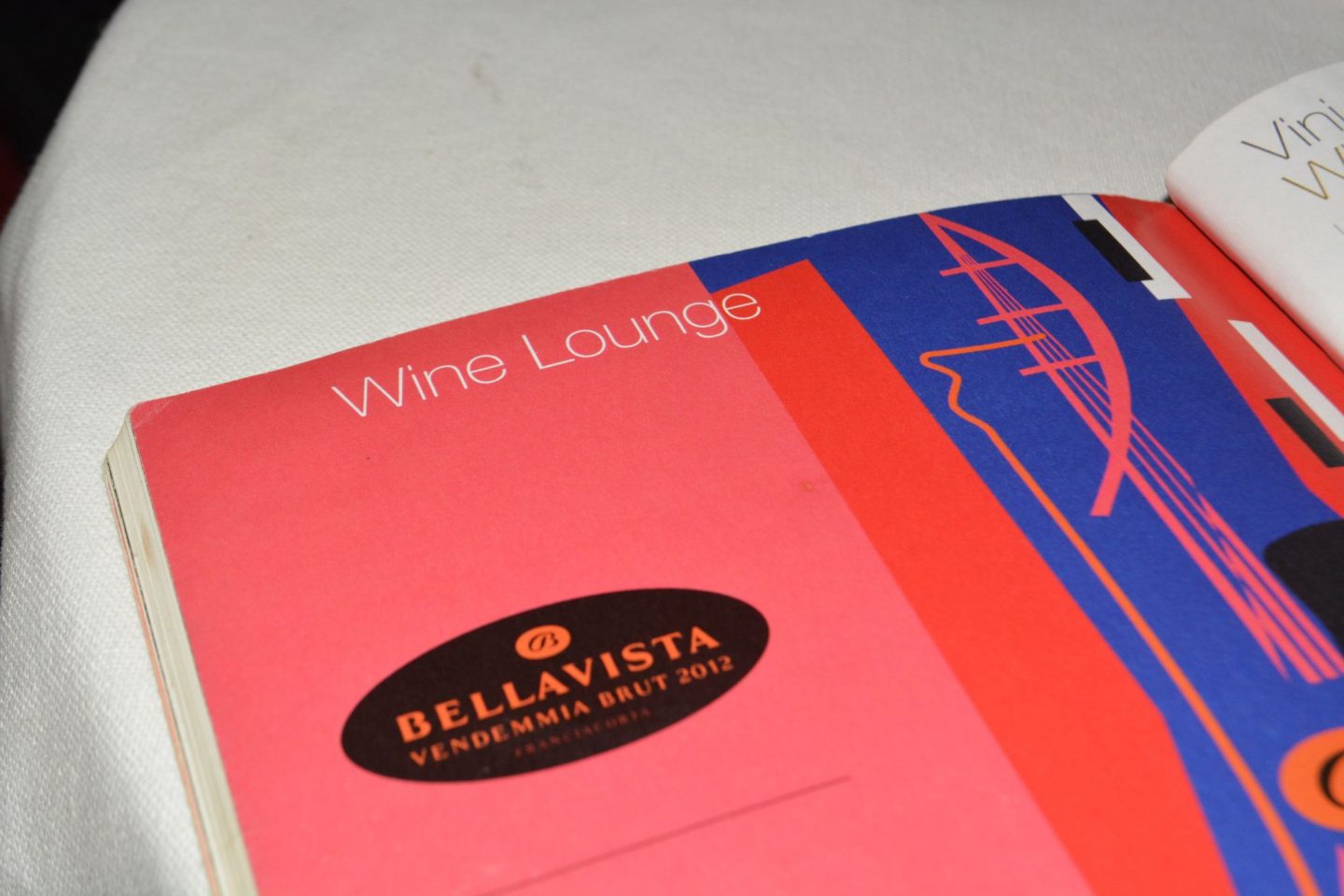 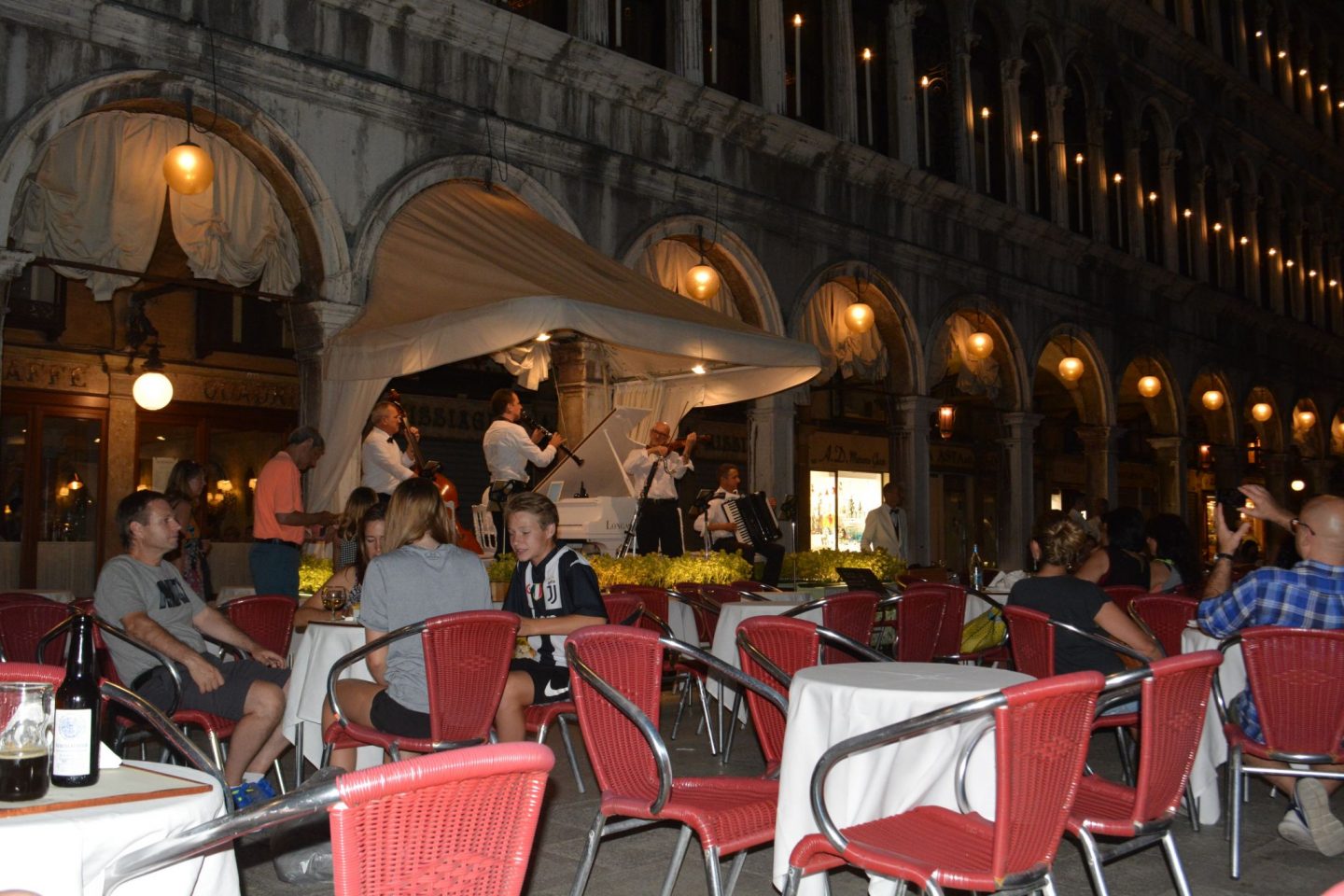 Merchants were starting to populate the square with their light-up toys. After sundown was the best-selling time for them, after all. They’d walk around the square, throw the toy high into the air, and then the toys would work their way down again. There were dozens of them in the square doing this, and just as many toys being thrown up.

And maybe it was the sheer euphoria of being in Italy again, maybe it was the glass of wine, or maybe it wasn’t because of anything at all, but the toys looked as if they were stars falling down from the sky. Shooting stars making their way down. Something to wish on.

We paid for our drinks, said a goodbye to the orchestra, and headed to the waterbus stop. We made it back to the train station on time to catch the second last train of the night that headed to our hotel. We got back to our room and called it a night, feeling so excited for the adventure that was to come. And the fun had only just started.