Ahhhhh-ruba. The perfect name for the perfect place. 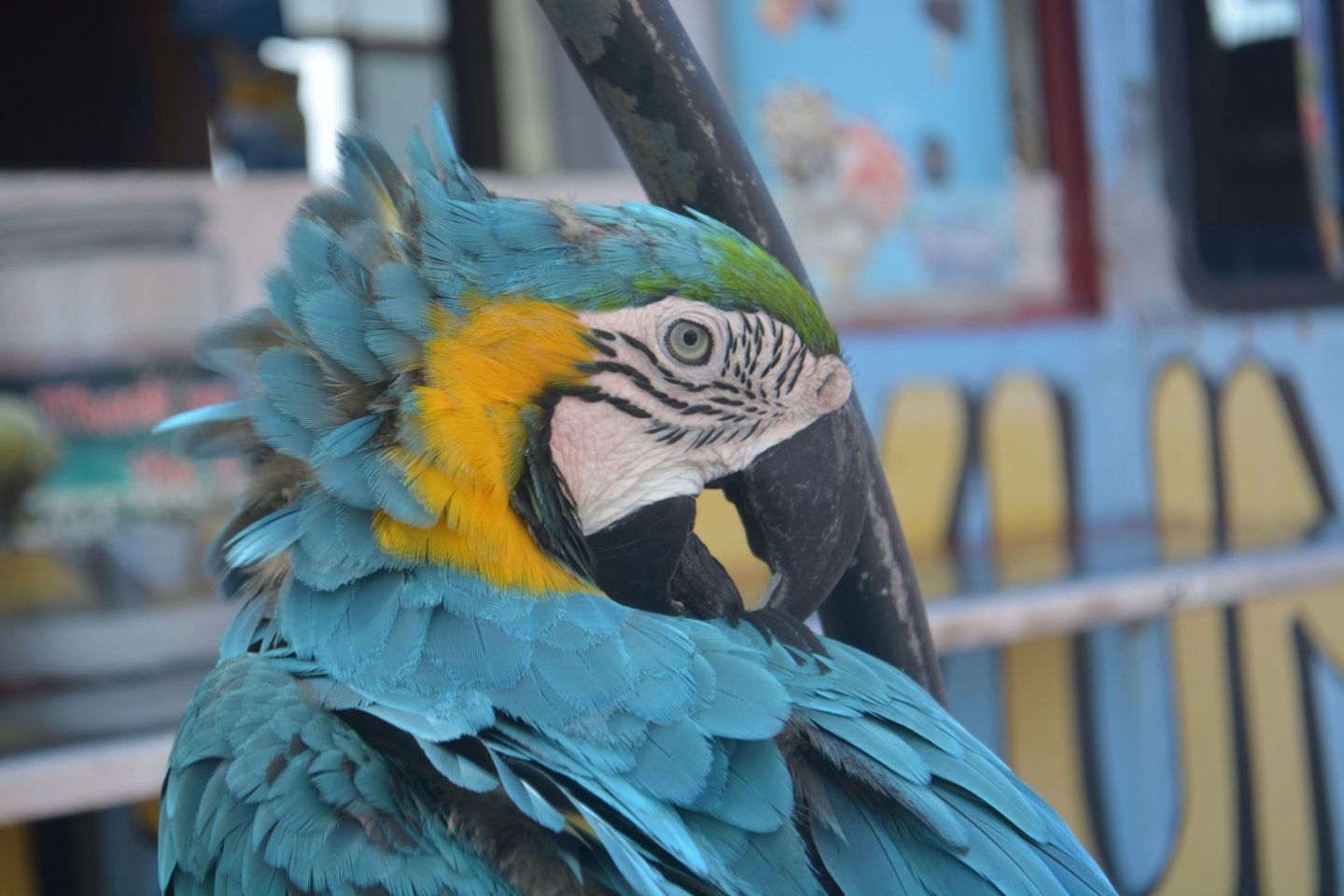 This was one of the best ways to finish off the trip. It was the star on the tree, the shiny crisp bow on the present.

Aruba, one of the ABC islands, is 20 miles long and has a population of about 103,000. It became its own country in 1986 after many, many years of colonial rule, but still remains to be a Dutch protectorate.

What was so great about Aruba was that there was a lot to see on land, a lot to do on the beaches (all the beaches in Aruba are public beaches – there are no such thing as private beaches), and a lot to do underwater. The best of 3 worlds for travellers, you could say.

For this island, we chose to do yet another tour because we wanted to hit a lot of the attractions and some, like the Baby Natural Bridge, were on the other side of the island from where we were docked in Oranjestad. In our minds, because it’s vacation, you really do have to let go of the reins sometimes and let others do your planning.

The tour guide told us we were going to hit a lot of stops so we should get our cameras ready. It was going to be a jam-packed 4 hours, and I was ready. After all, this was the last stop. We were going to go out with a bang. 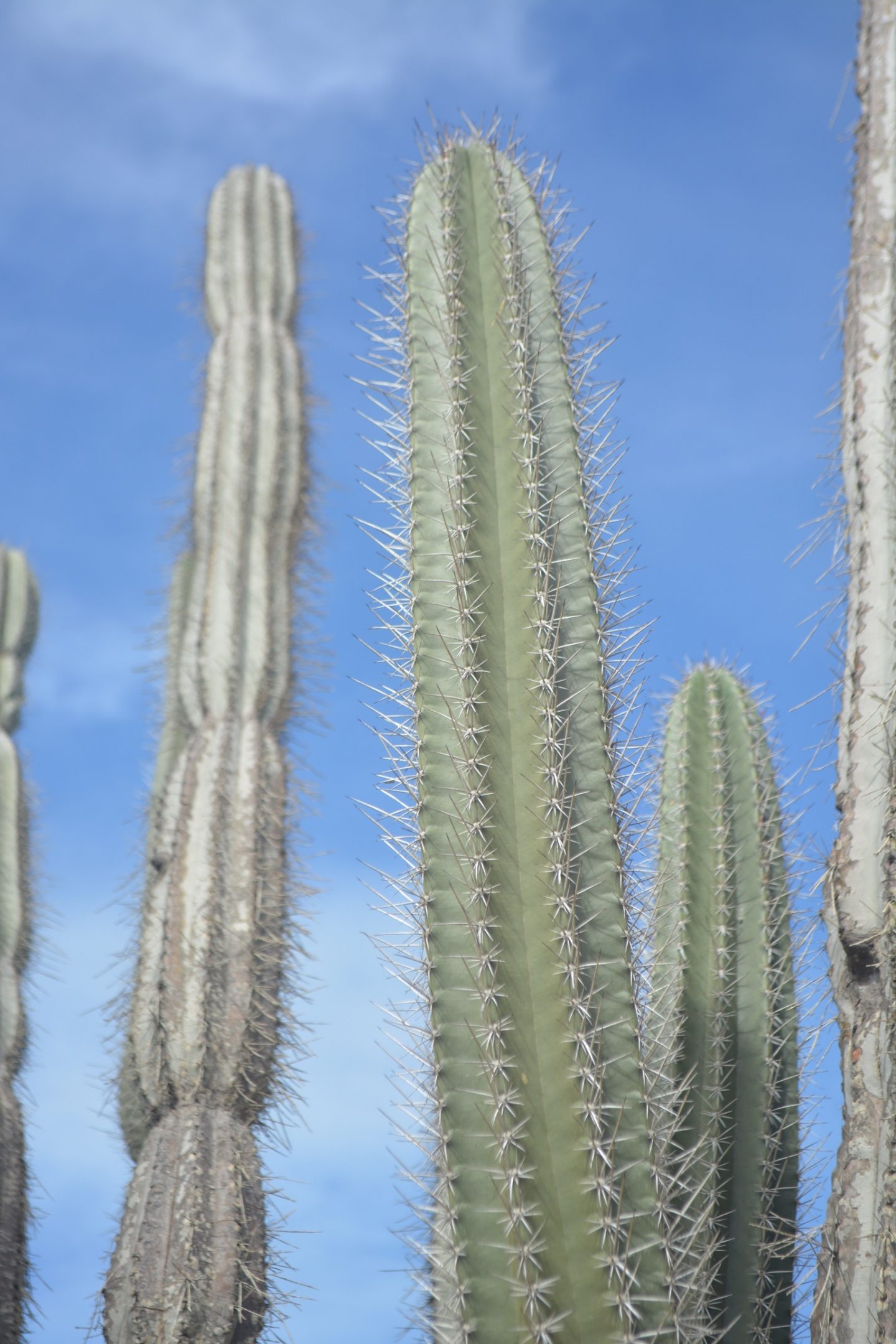 The first stop was the Baby Natural Bridge, which is an arch carved out of rock and coral. This is definitely one of Aruba`s most popular sights. The older, much bigger Natural Bridge (the `mother` of the Baby Natural Bridge) unfortunately collapsed in 2005, so the only one that`s left is the Baby. We wandered around the area and I watched the waves crash against the rock below. I have such a fascination with waves –there`s something about them that is just so captivating. I don`t know if it`s their relentless power, their sound, or just the way they look as they crest and then crash. I`m always in awe. 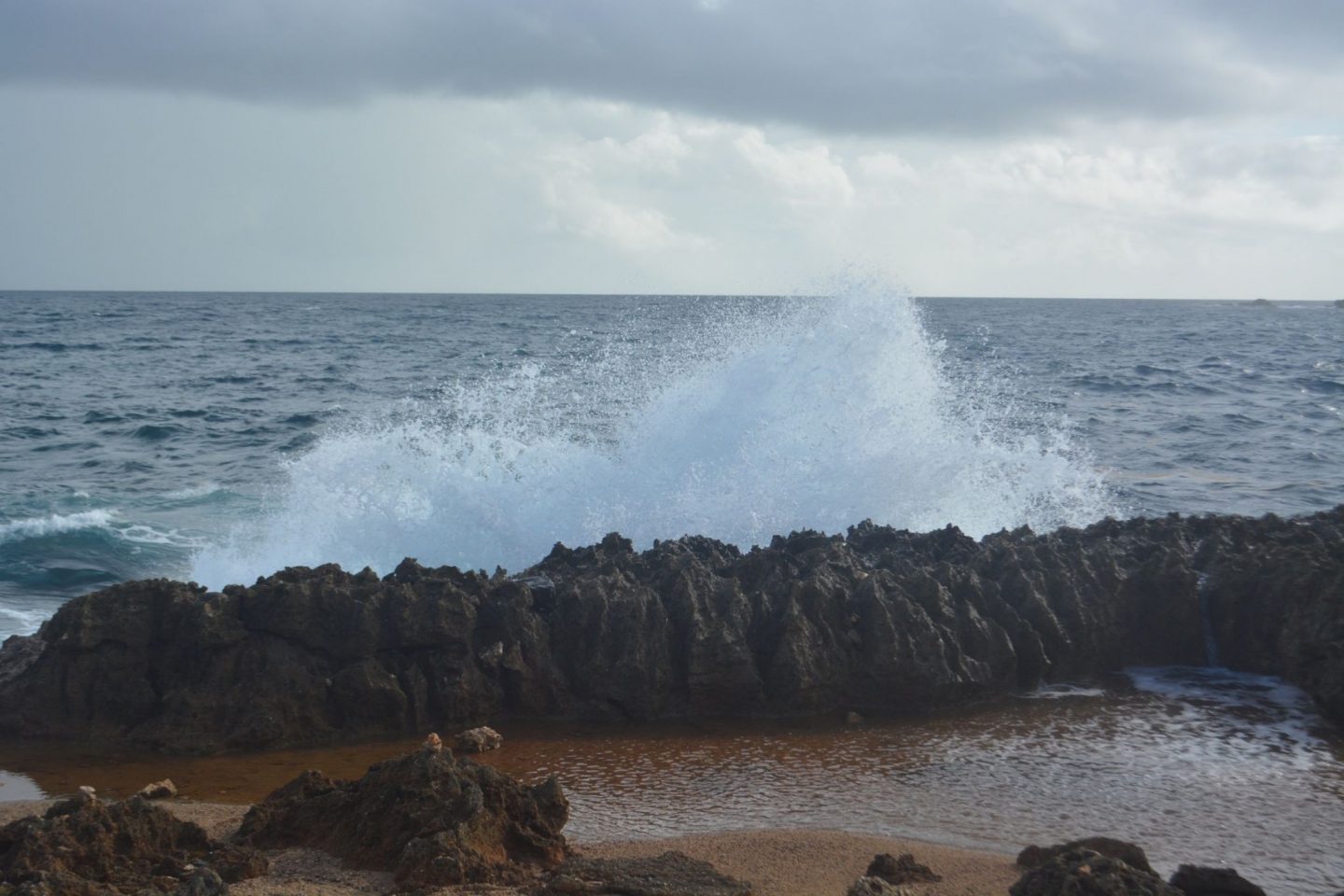 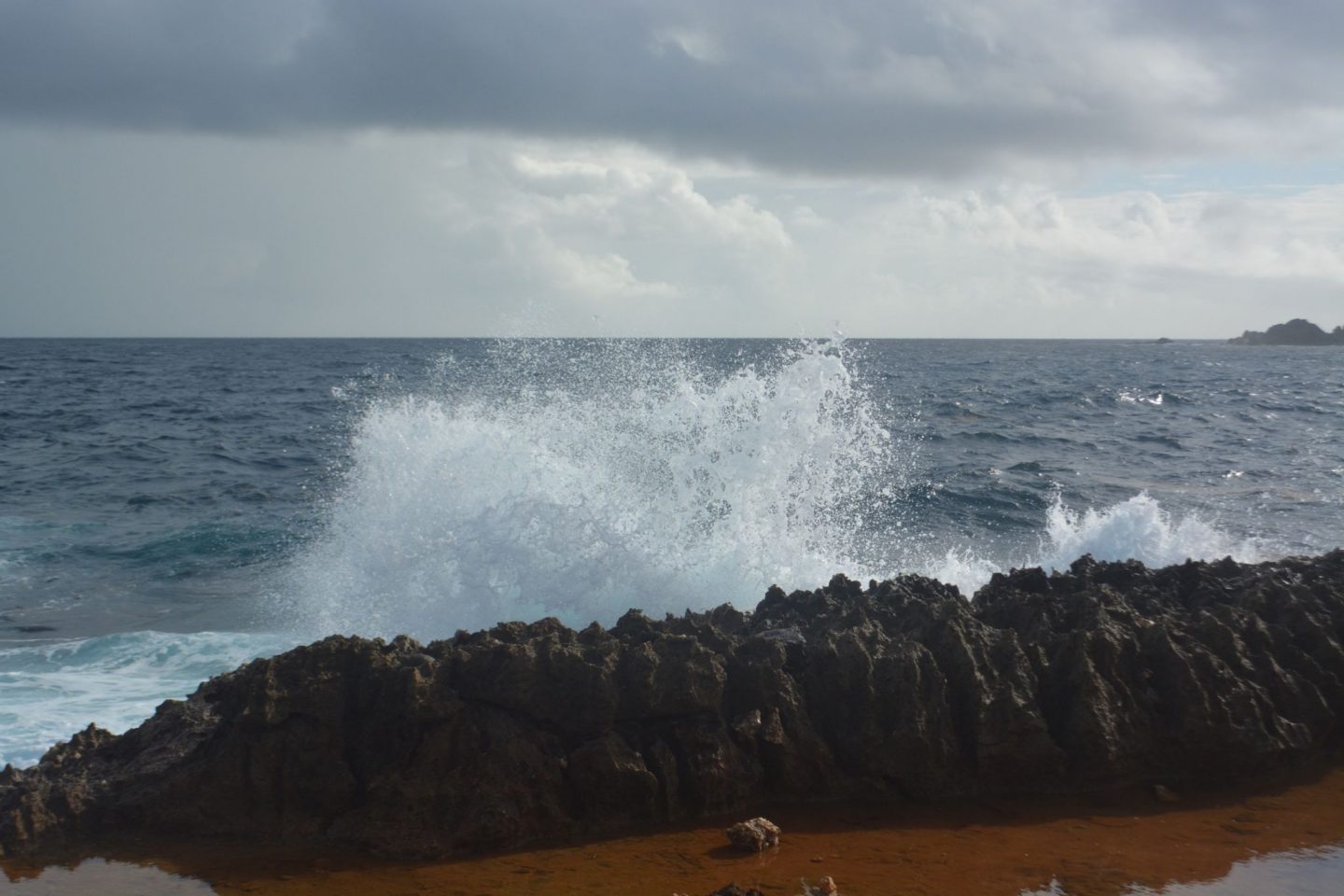 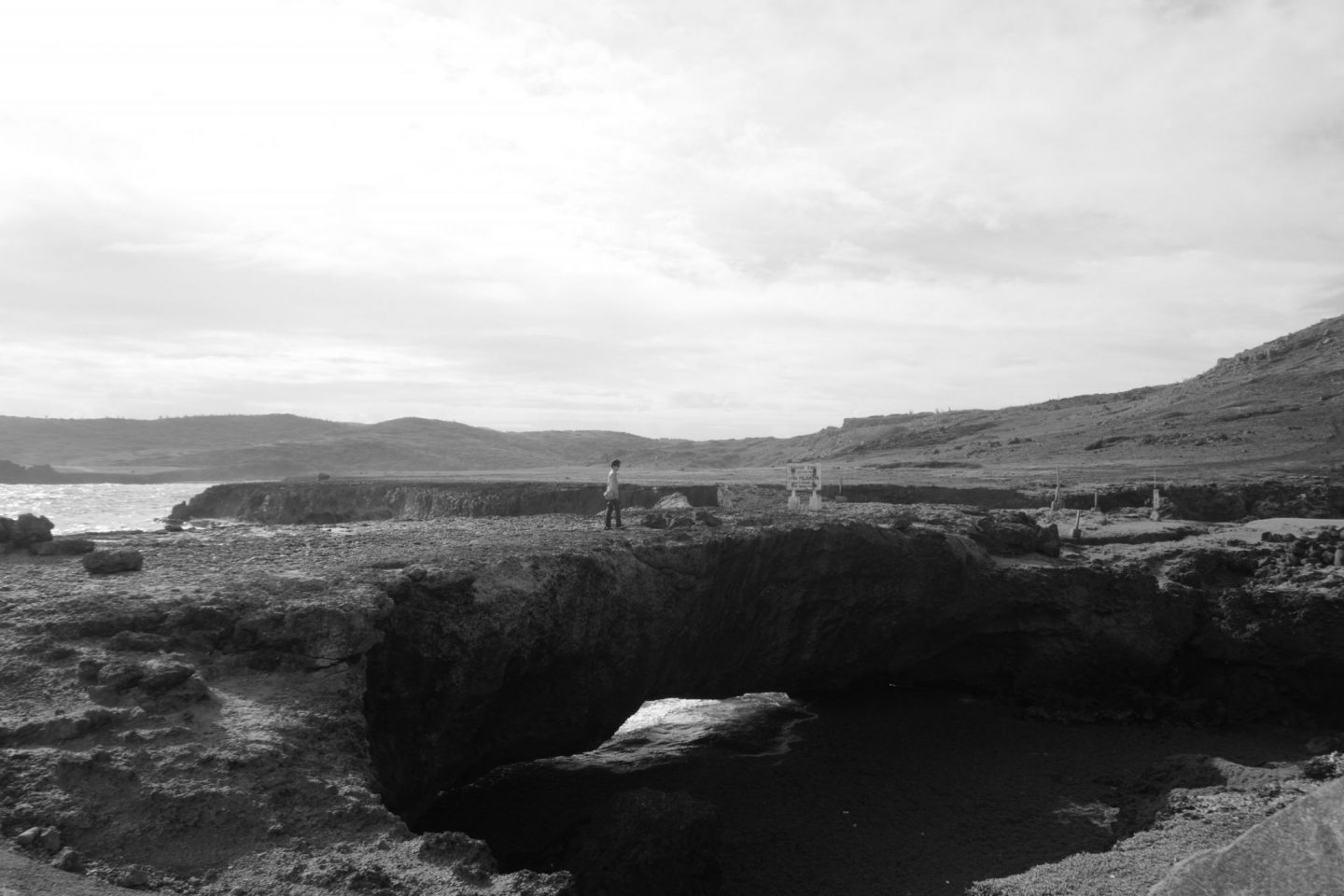 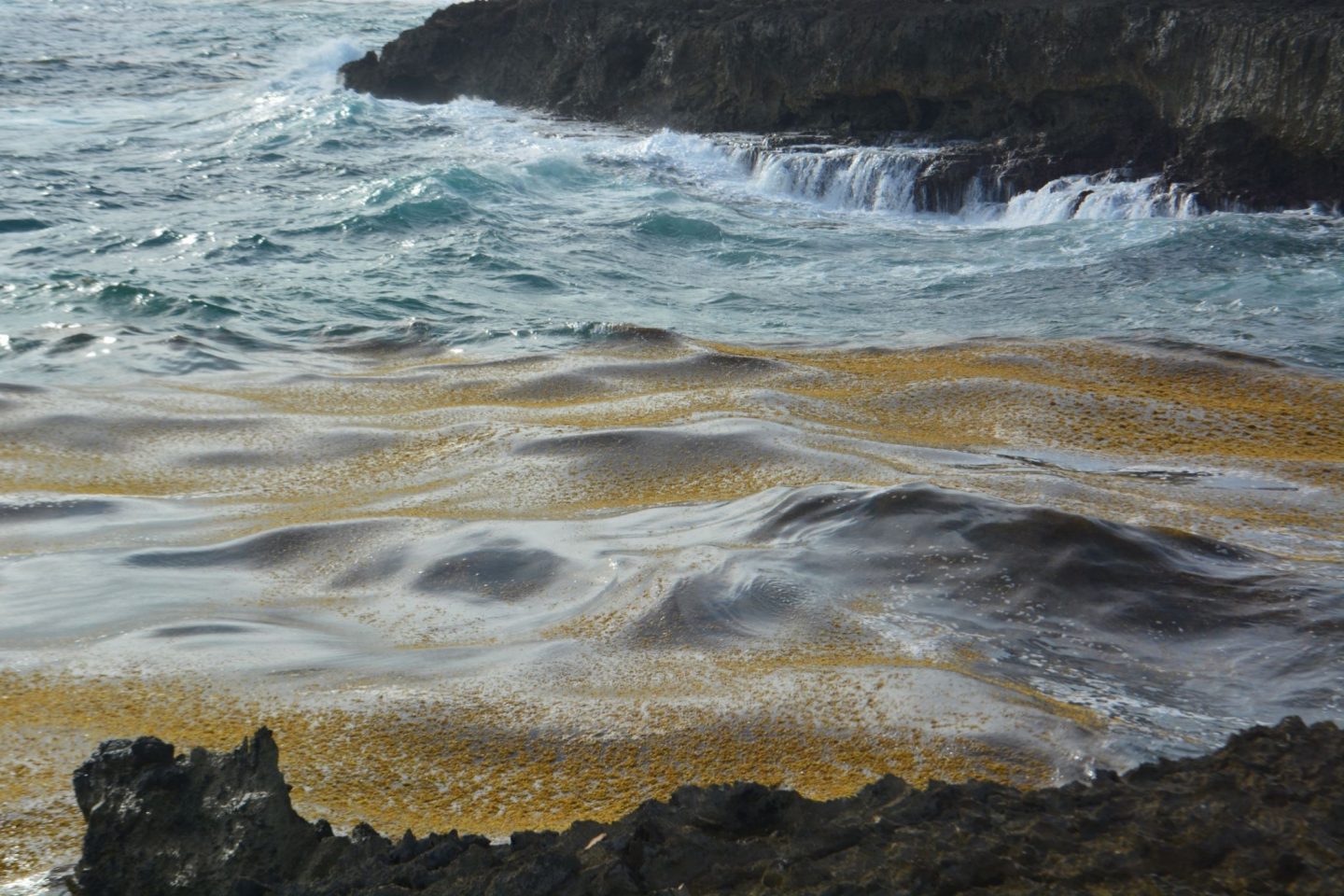 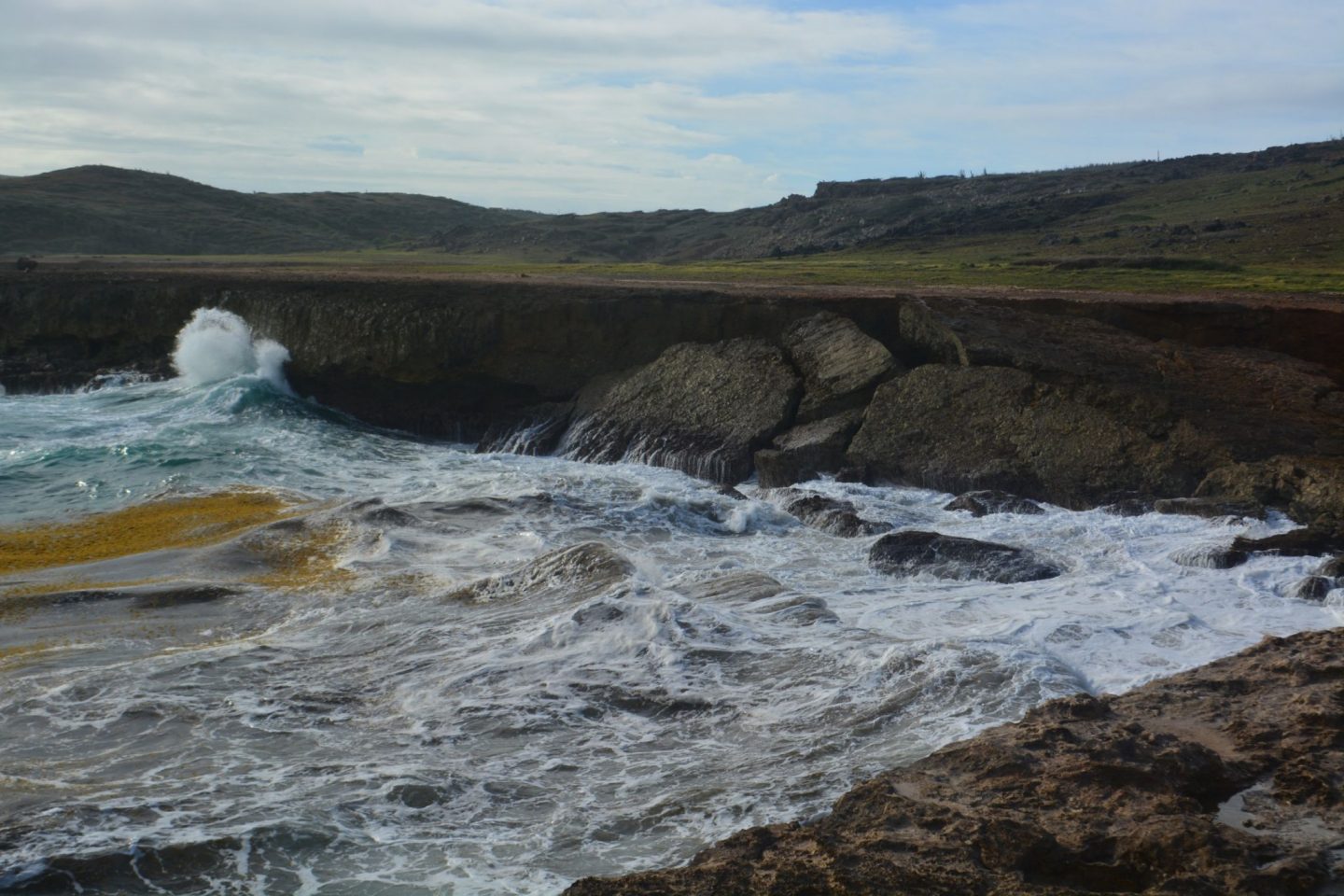 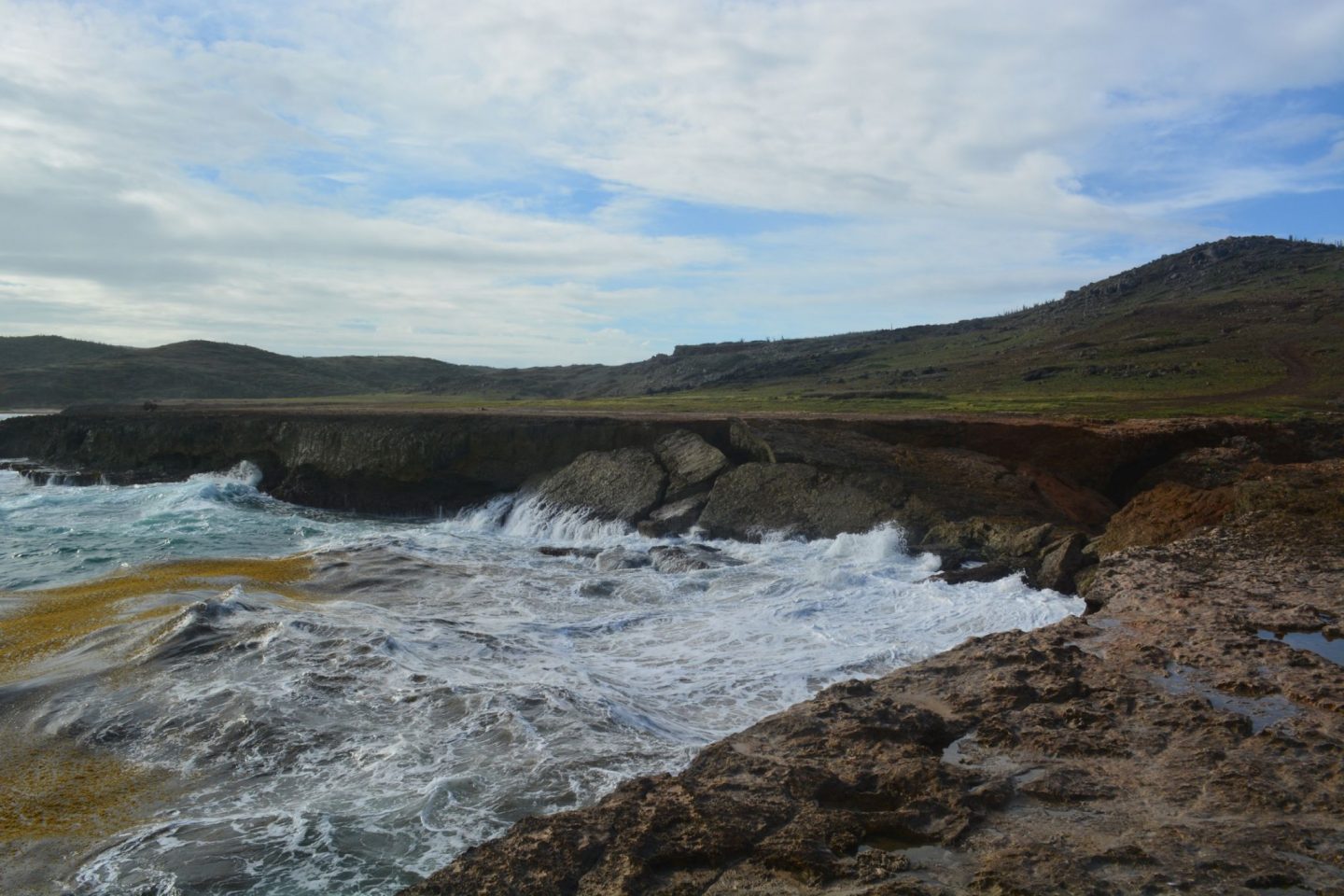 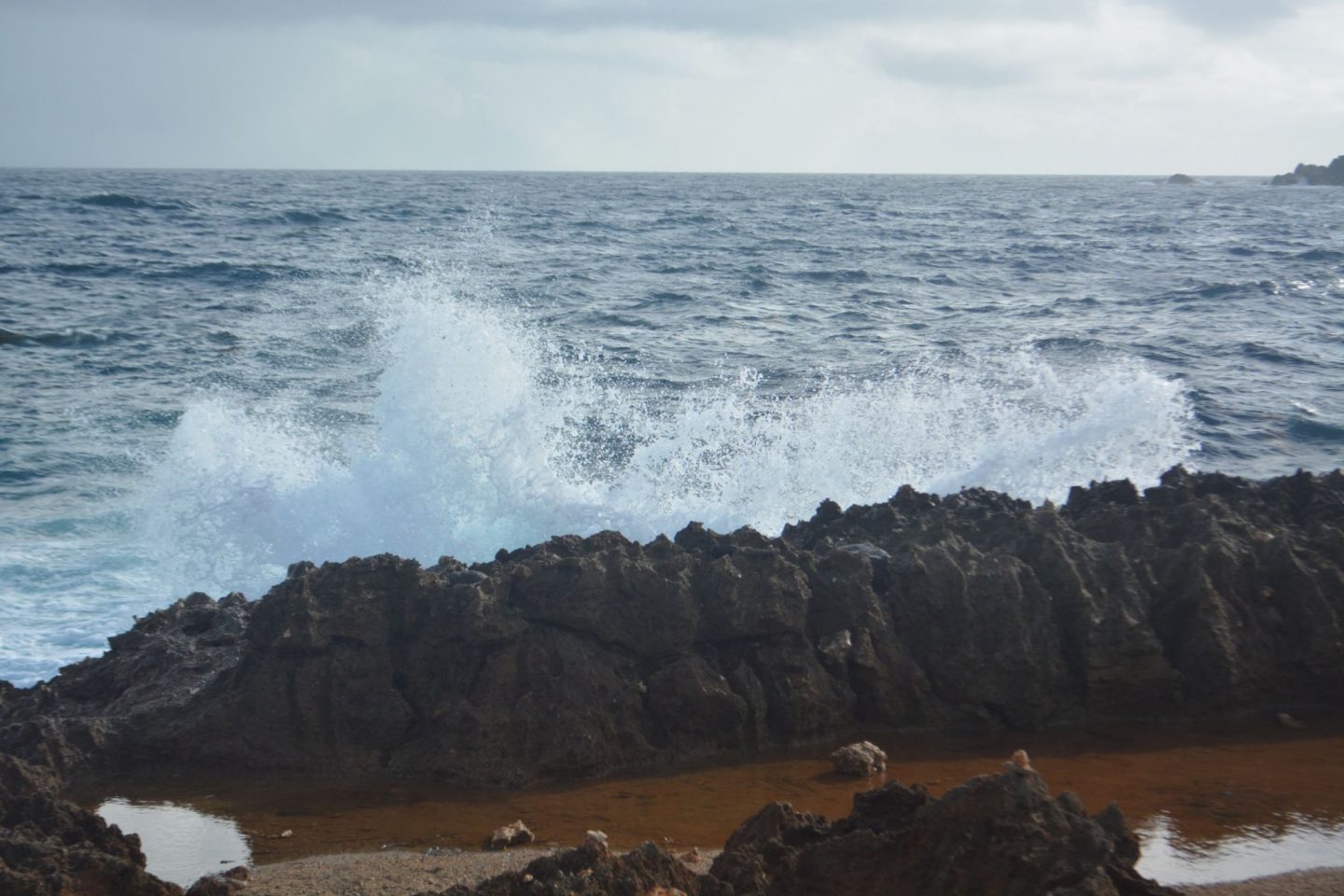 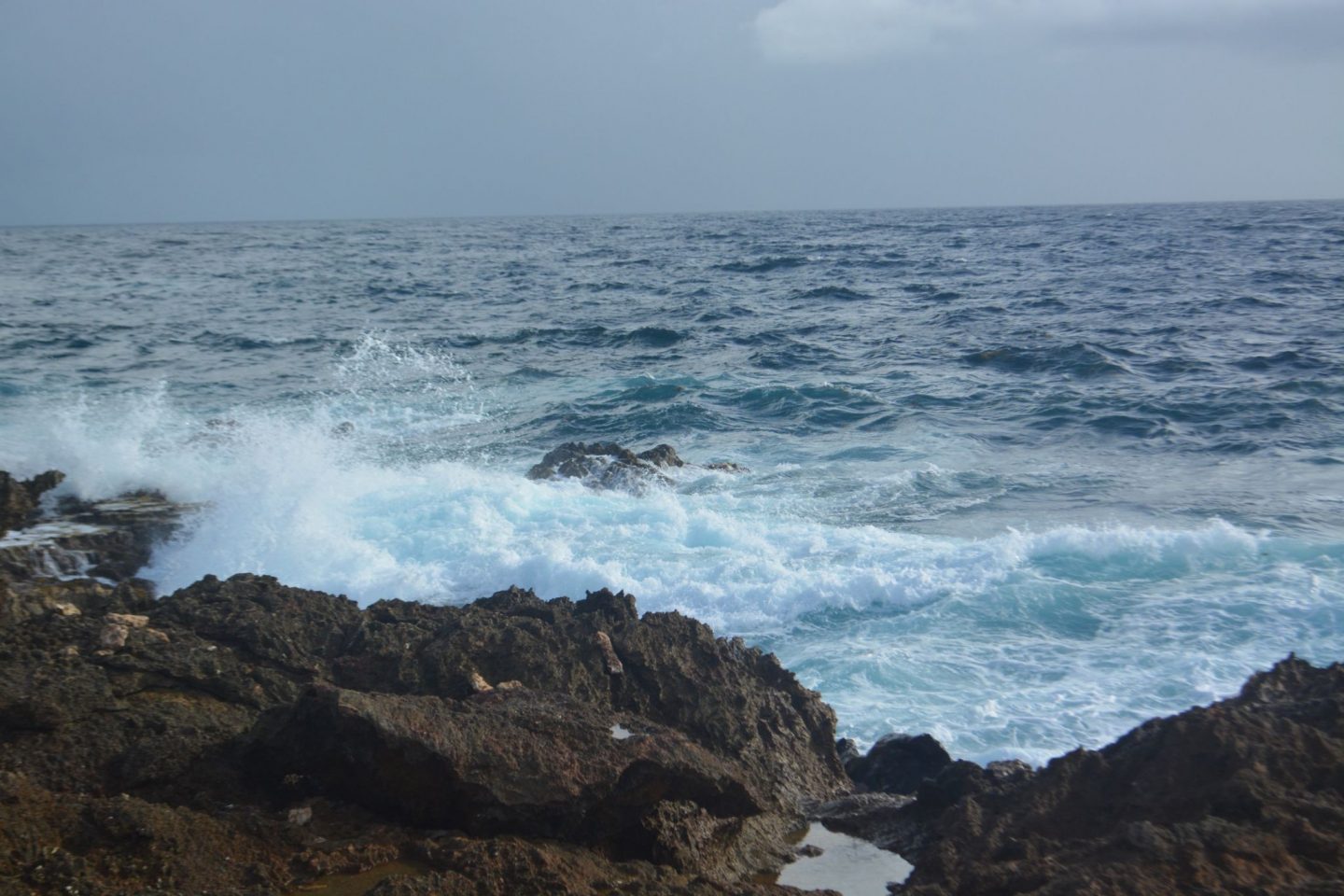 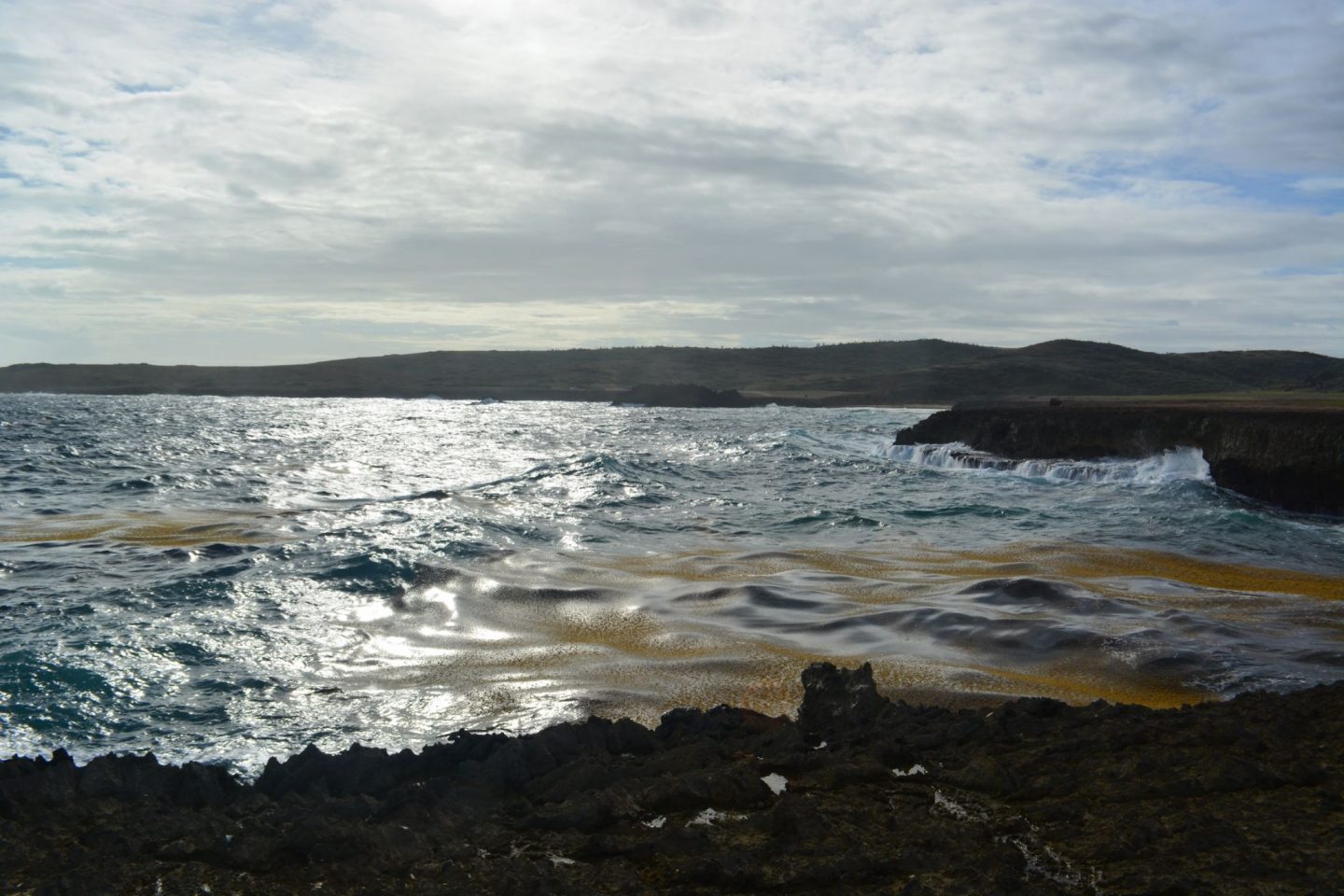 Next, we drove to our next stop. During the drive, I peered out the window and I realized one thing: There are a TON of cacti in Aruba. A scary amount, almost. The tour guide mentioned that if there`s one thing they have enough of and almost too much of, it`s cacti. Because there`s just so much of it just lying around, the locals often use it for their outdoor fencing. After all, if there is a robber, who would want to climb cacti? I’m assuming nobody.

We were heading towards a Botanical Gardens of some sort, botanical meaning mostly cacti and other similar plants. What was special about this place was that there was this huge towering rock structure you could climb and get a great view of the surrounding neighbourhoods and buildings. The climb up (just a couple deadly rocky steps) was a part of the adventure. 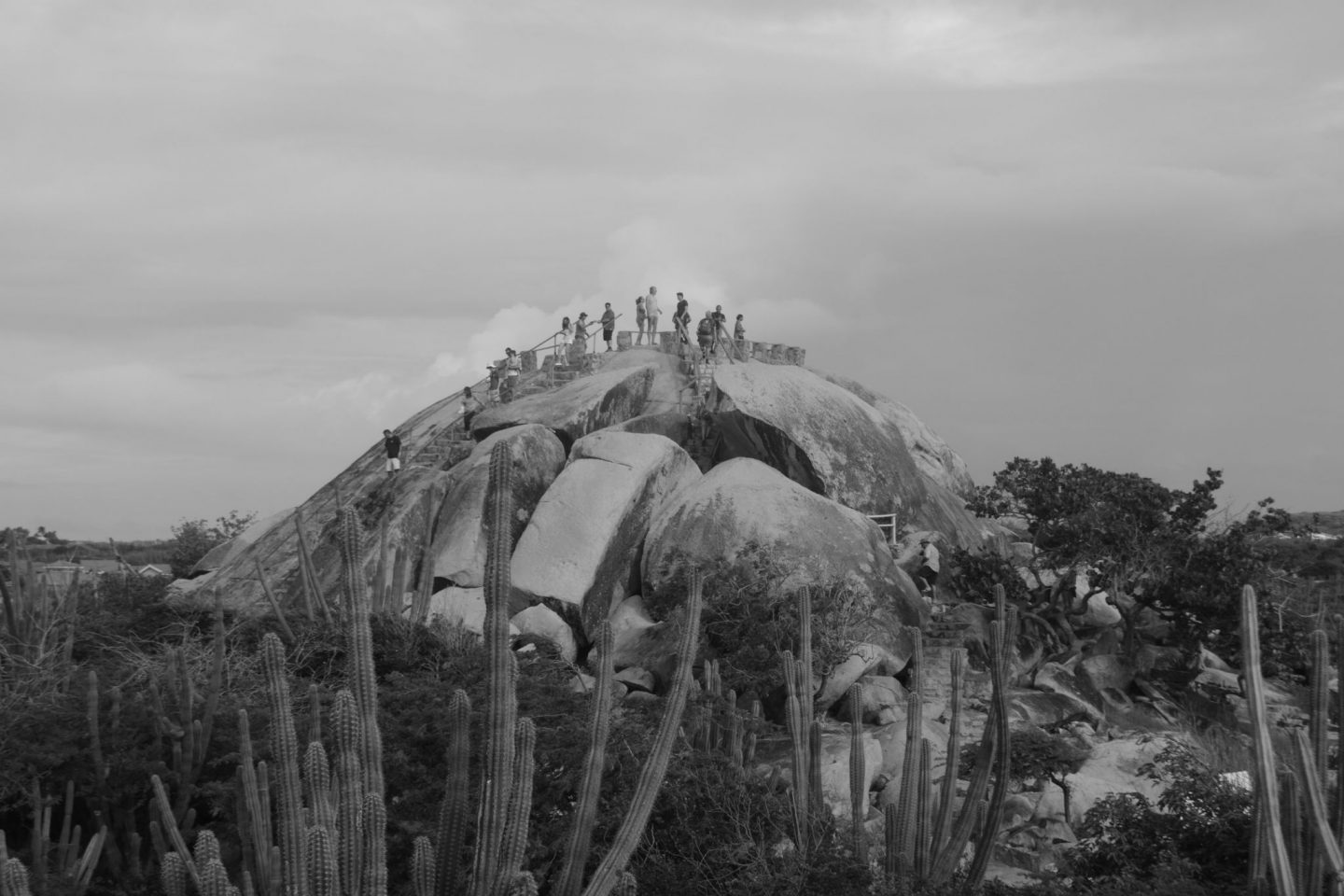 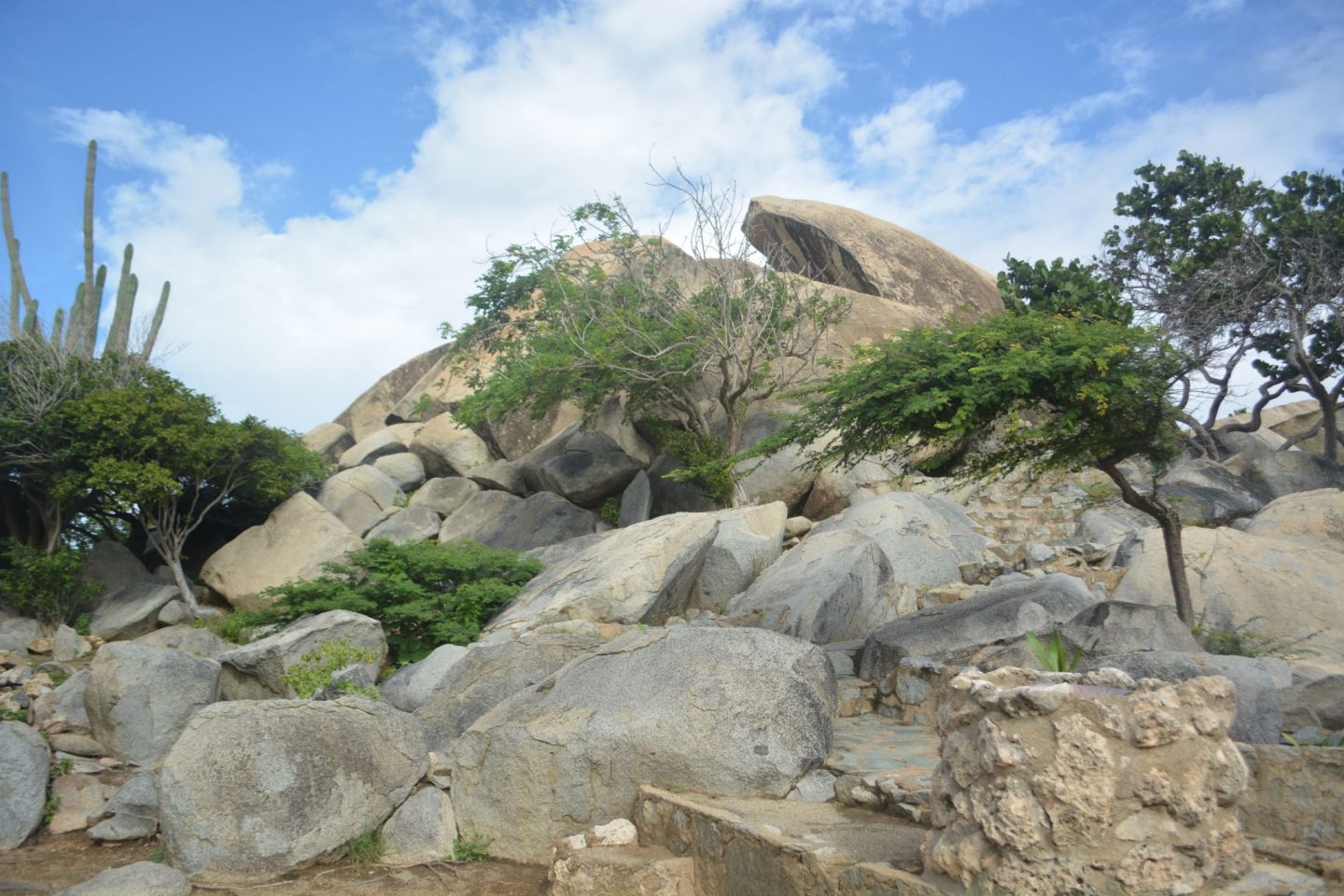 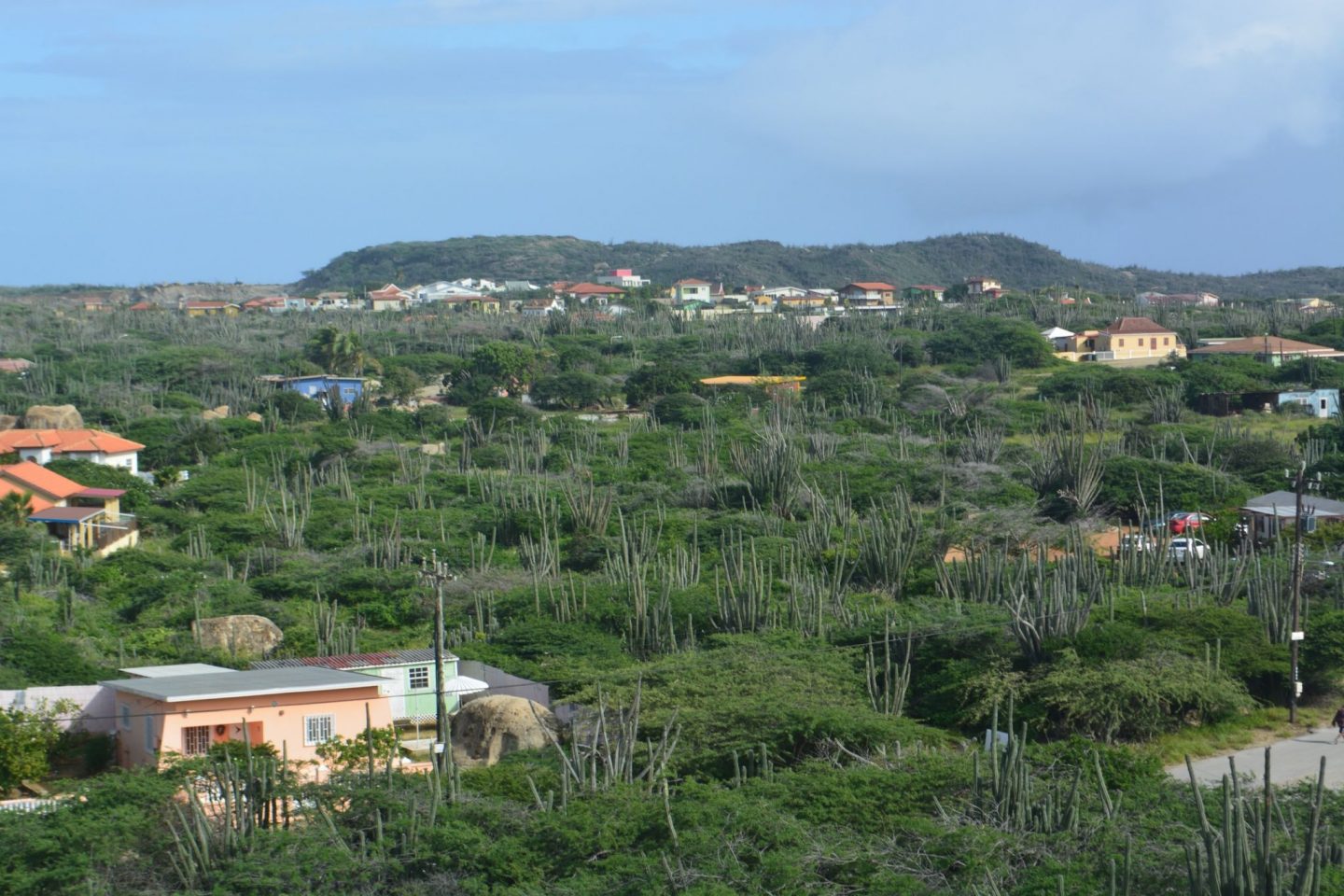 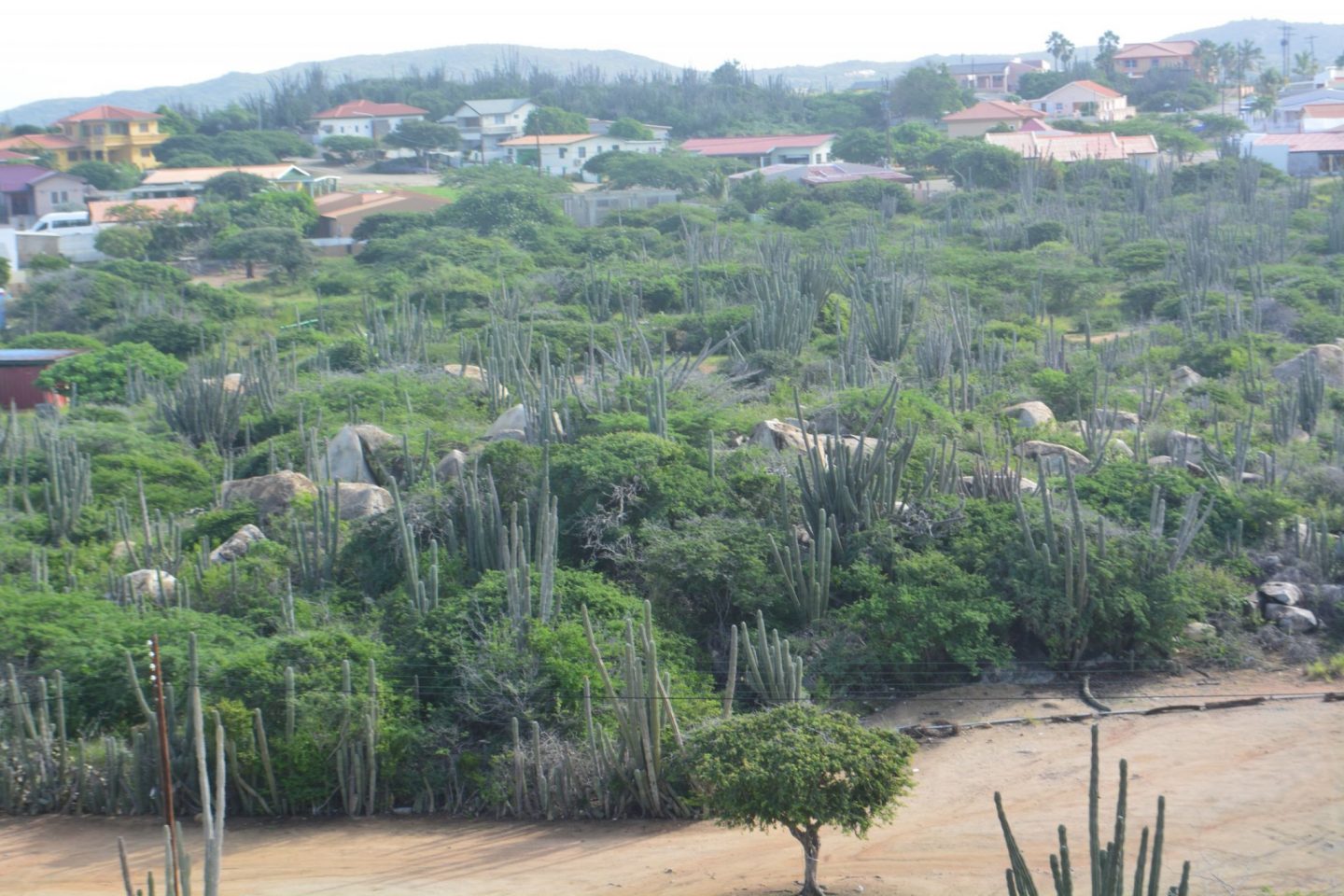 Now, off we go to the northern tip of the island to get a glimpse of the California Lighthouse, which is what is on the front of most Aruba postcards and what you typically picture in your head when you think about sights to see in Aruba. 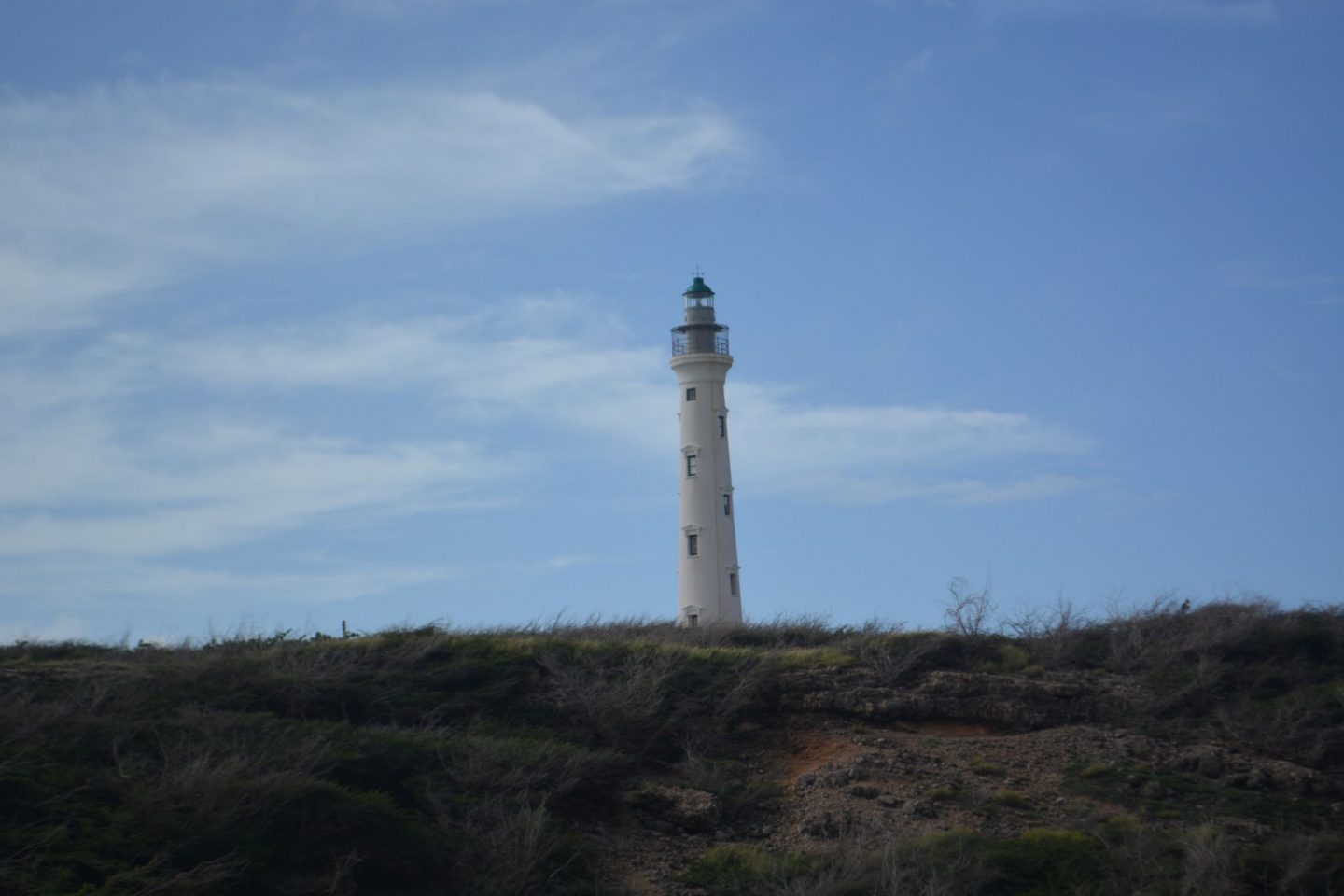 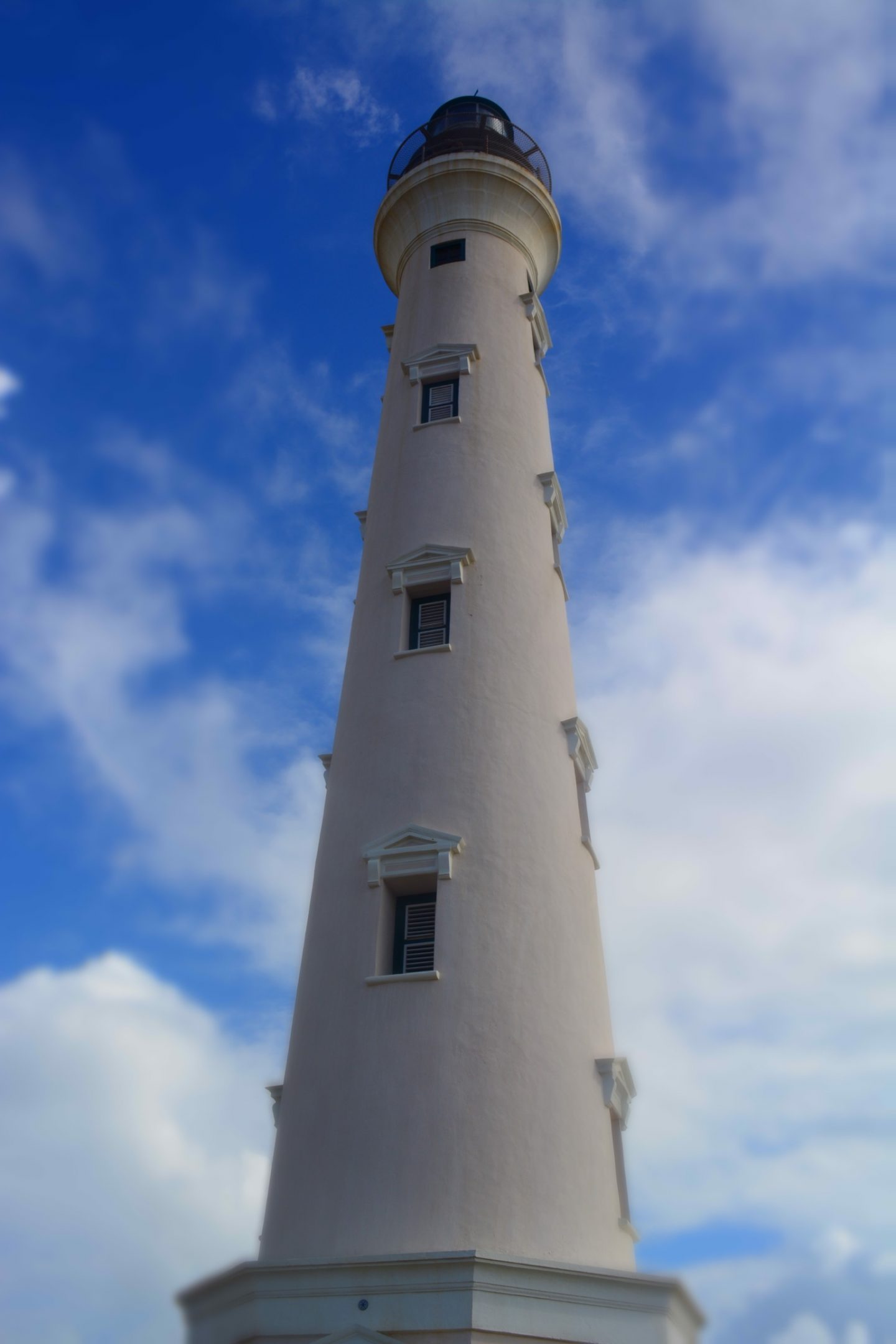 The lighthouse, built in 1910, was named after the steamship California, which sunk off the coast of Aruba. When you’re standing right in front of it, you really have to crane your neck to get a look at the top and if you have time, I highly recommend climbing to the top to get stunning views of the island and coastline. Unfortunately, we didn’t have that kind of time so we had to settle for a bottom view. 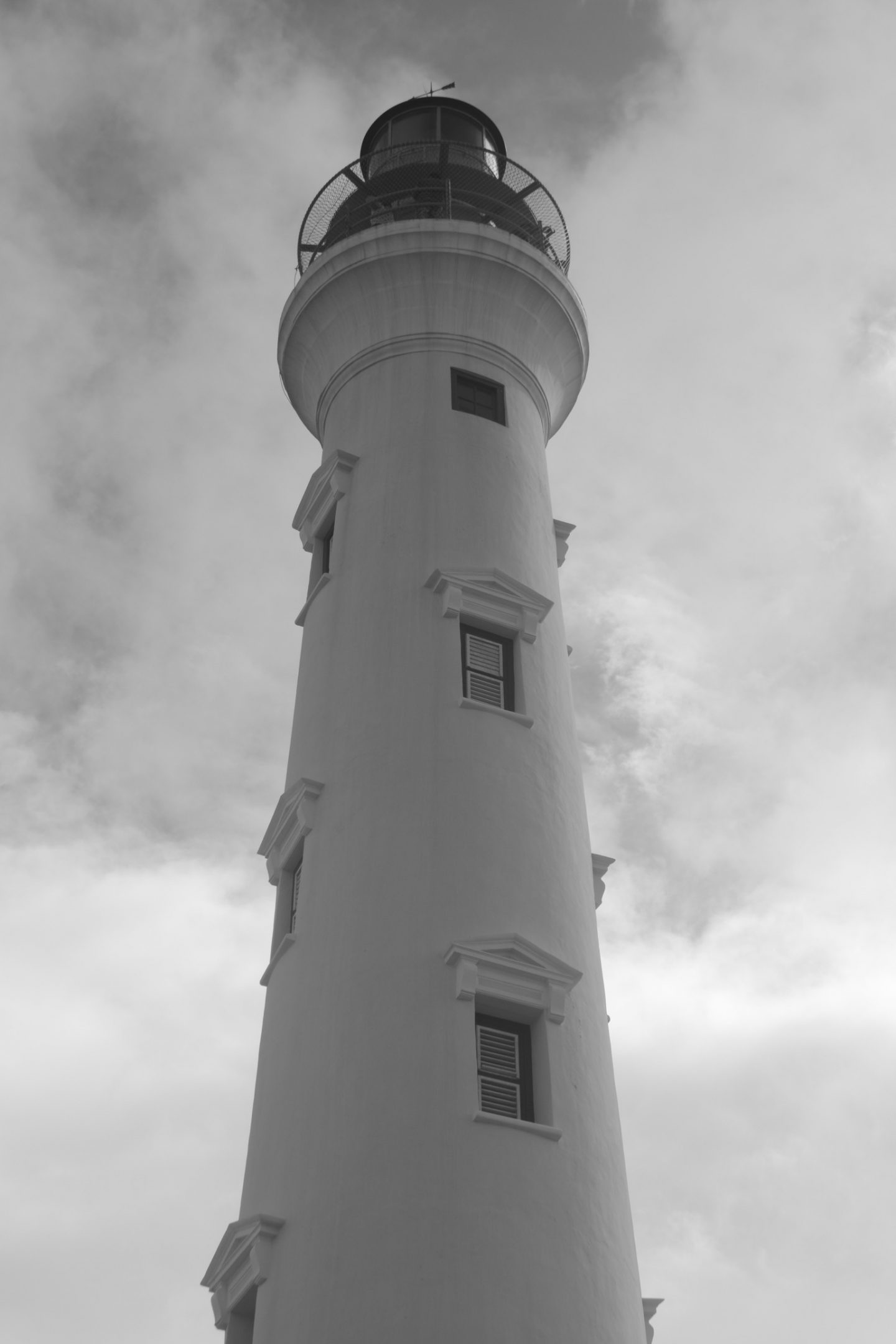 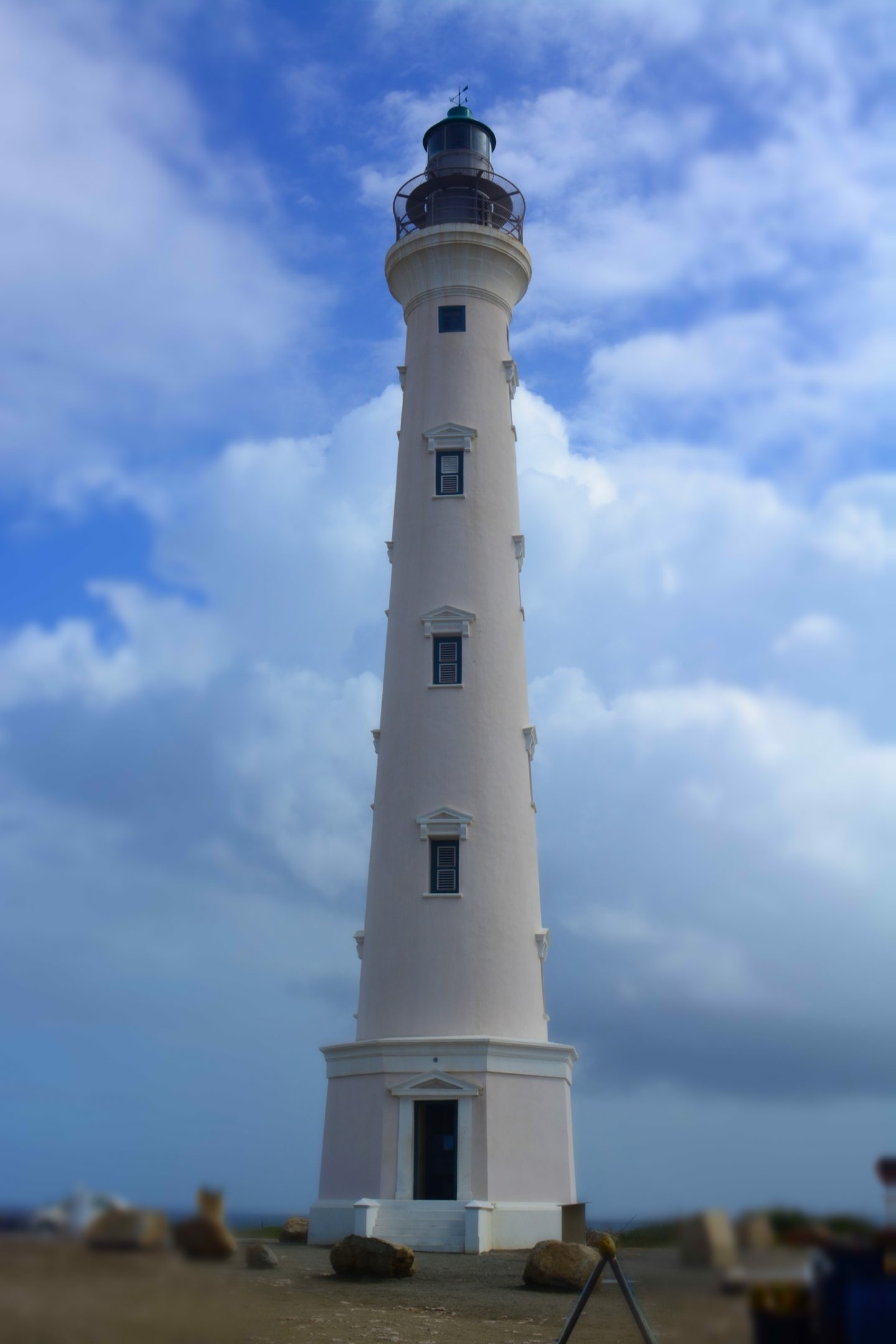 But I’m definitely not complaining. 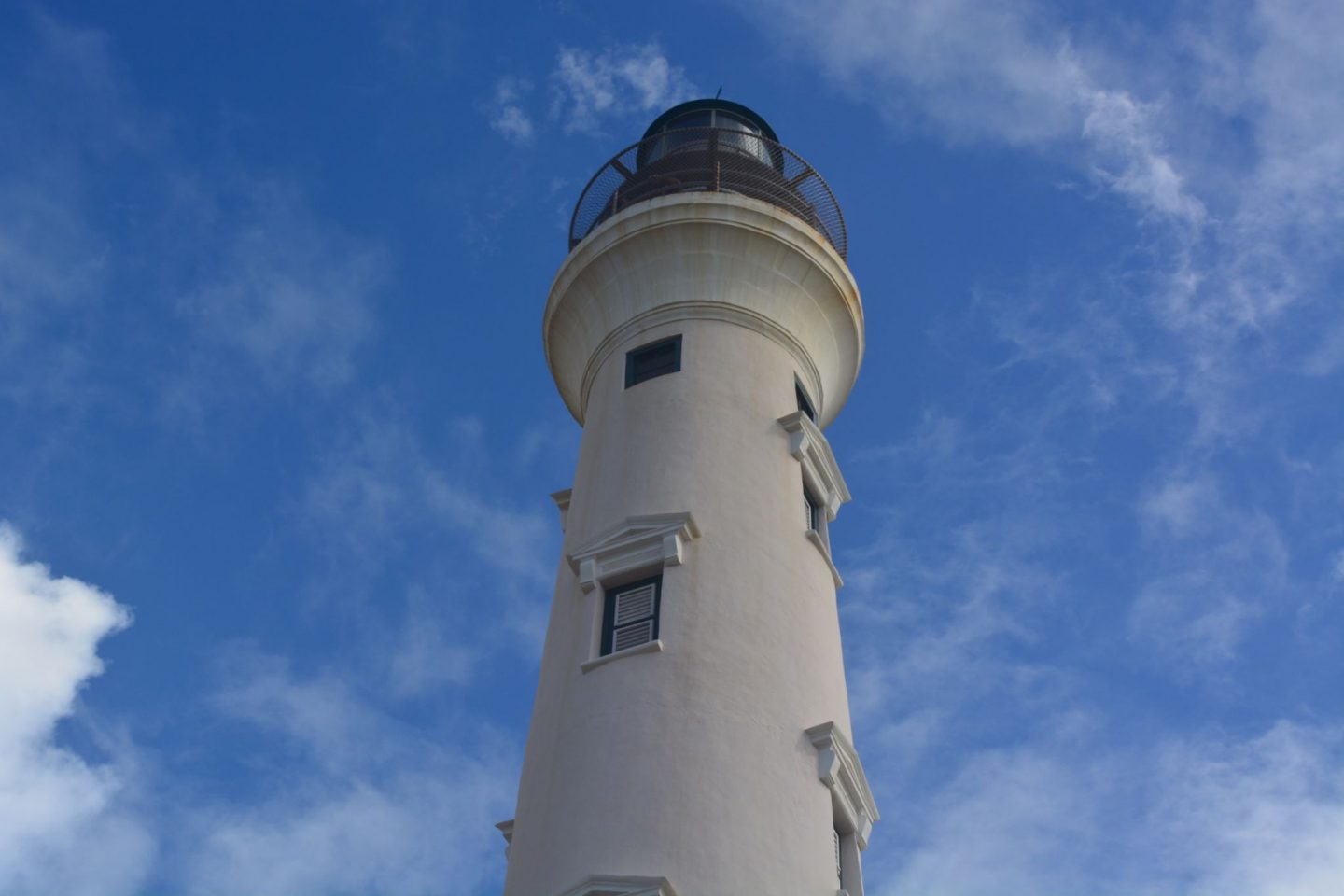 Especially when there are parrots below to keep us company!

Last but definitely not least was our beach stop, which is part of the reason we chose this tour. Sure, the land sights are always fun but you also want some time in the water and under the sun. For this one, they took us to Eagle Beach, a really great place to go if you’re looking for something not as crowded as De Palm Island but something with still some activity. They have a TON of jet skis at Eagle Beach so if you’re looking for that, this is the perfect place to go. 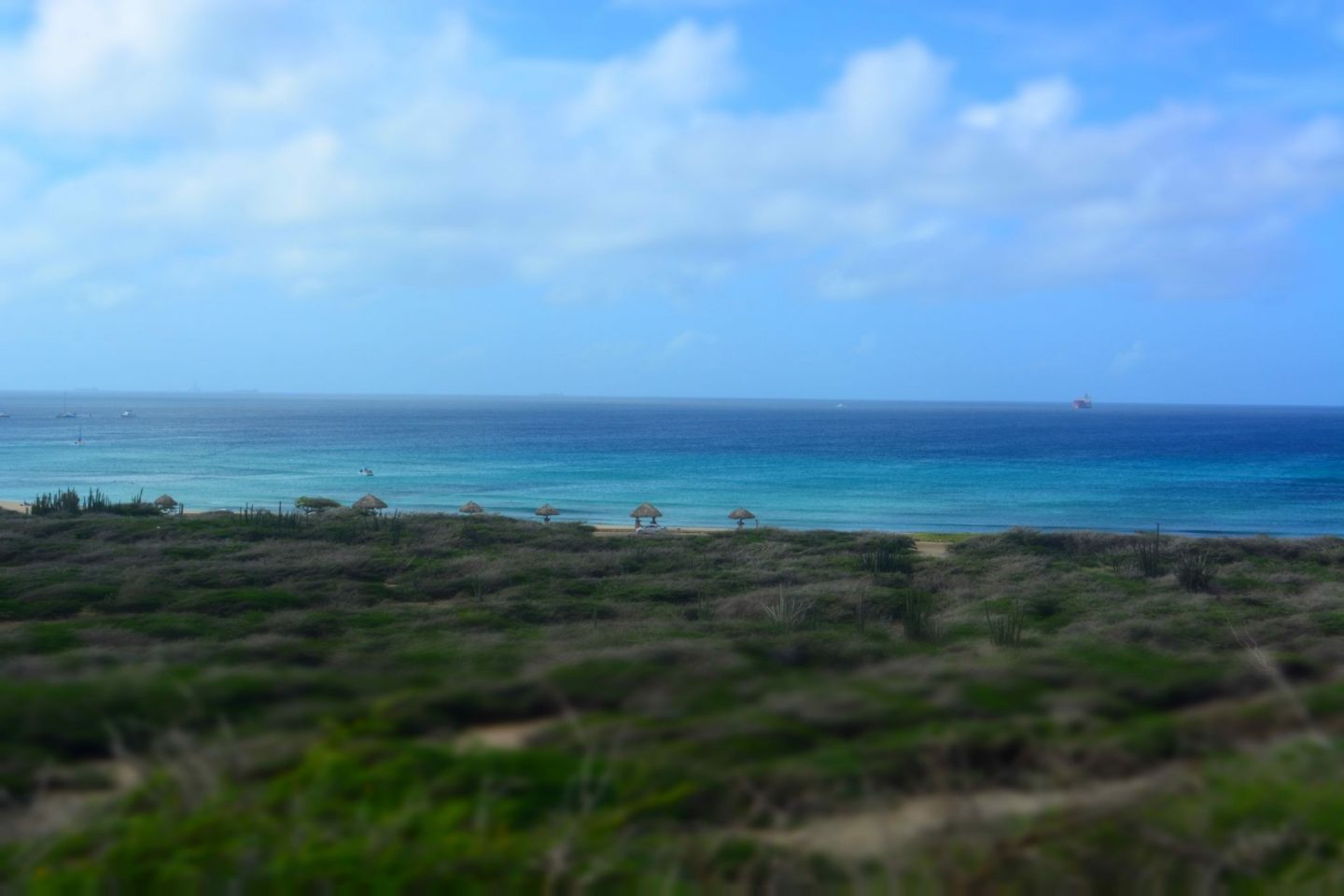 Right when we got there, it started raining. Towards the end of the trip, we have been noticing that the weather was taking a turn for the worse. At least it wasn’t like this at the beginning.

It started off as a light drizzle and then escalated into pouring rain. I was already in the water at this time and when the rain droplets hit the surface of the water and bounced up, it looked like a million little pearls forming on the surface. I just lay on my back, the rain droplets hitting my face and body, but all I did was stay lying there and breathing. In and out. In and out.

Eventually, the rain passed and I swam around for a bit and watched the jet skis jet off.

When the hour and a half we were given had passed, we got out of the water, dried off and headed back to the bus.

So, that’s it. The end of 14 days of paradise. The end of another vacation lifewithjulia series. After Aruba, we had 2 more at sea days on the boat which I can say were some of the most relaxing days during this whole vacation. Getting off the boat and exploring is always a ton of fun, especially when you have fun excursions planned, but sometimes all a girl wants is to lie on a lounge chair with a good book and not have a care in the world. Those last 2 days gave me that, and that’s what really helped me to come back new. That’s all that I really wanted from this whole vacation – to get a moment to breathe, do all that I don’t really have time for when I’m not on vacation, and re-charge.

Aruba was a great way to end off 2017 — what a year of adventure and memorable moments it has been.

And to start off the new year was again the sun, always new, always dazzling. 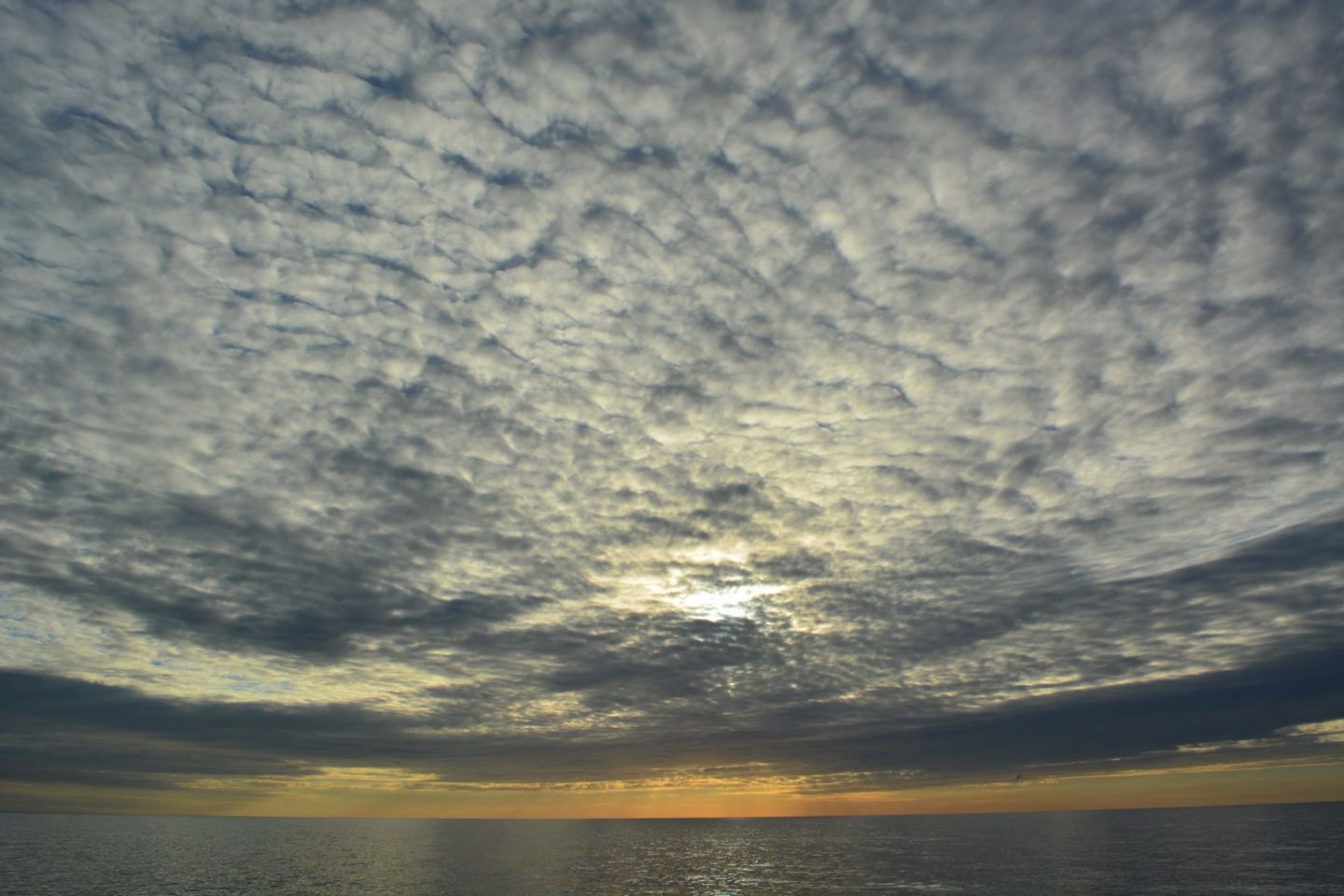 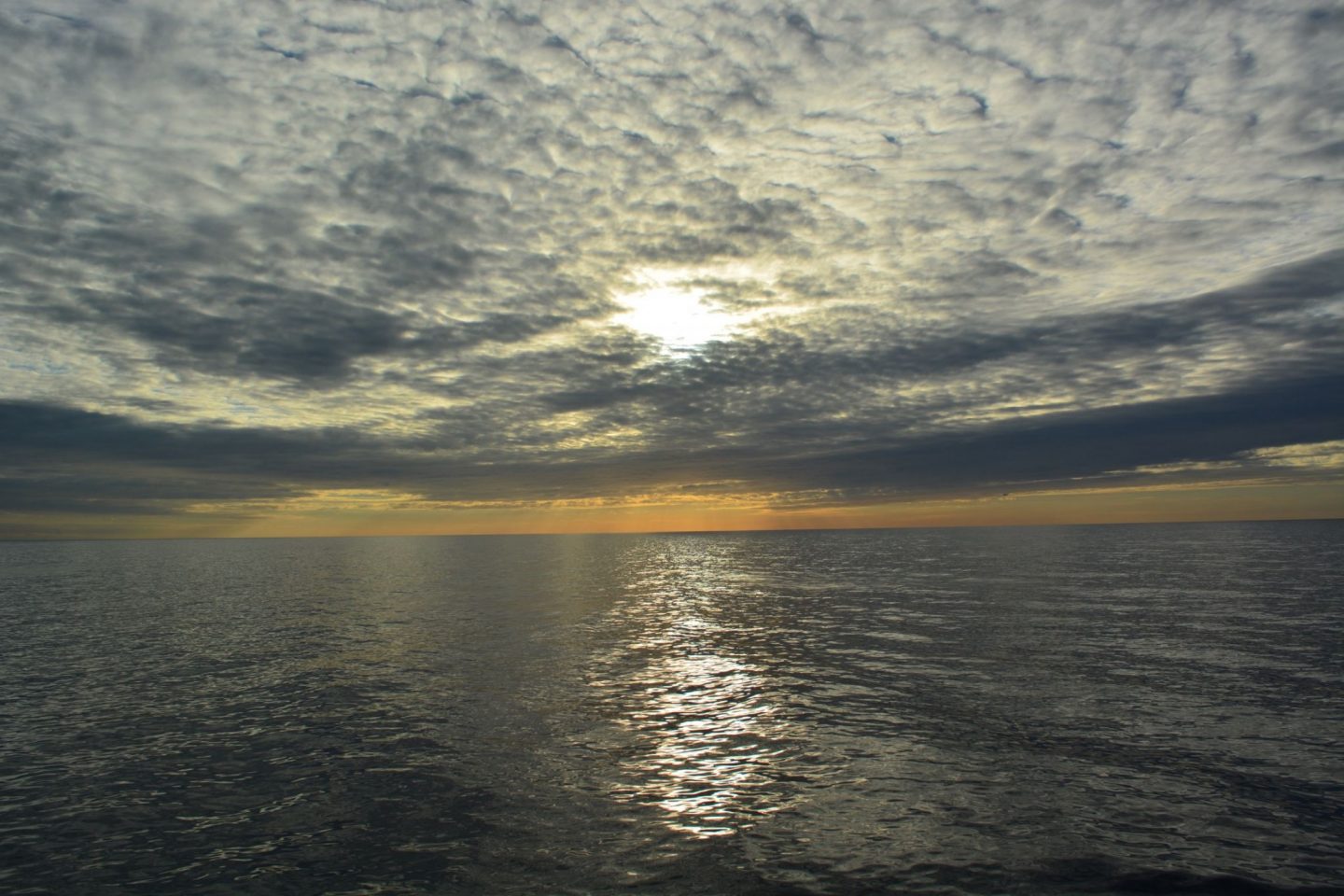 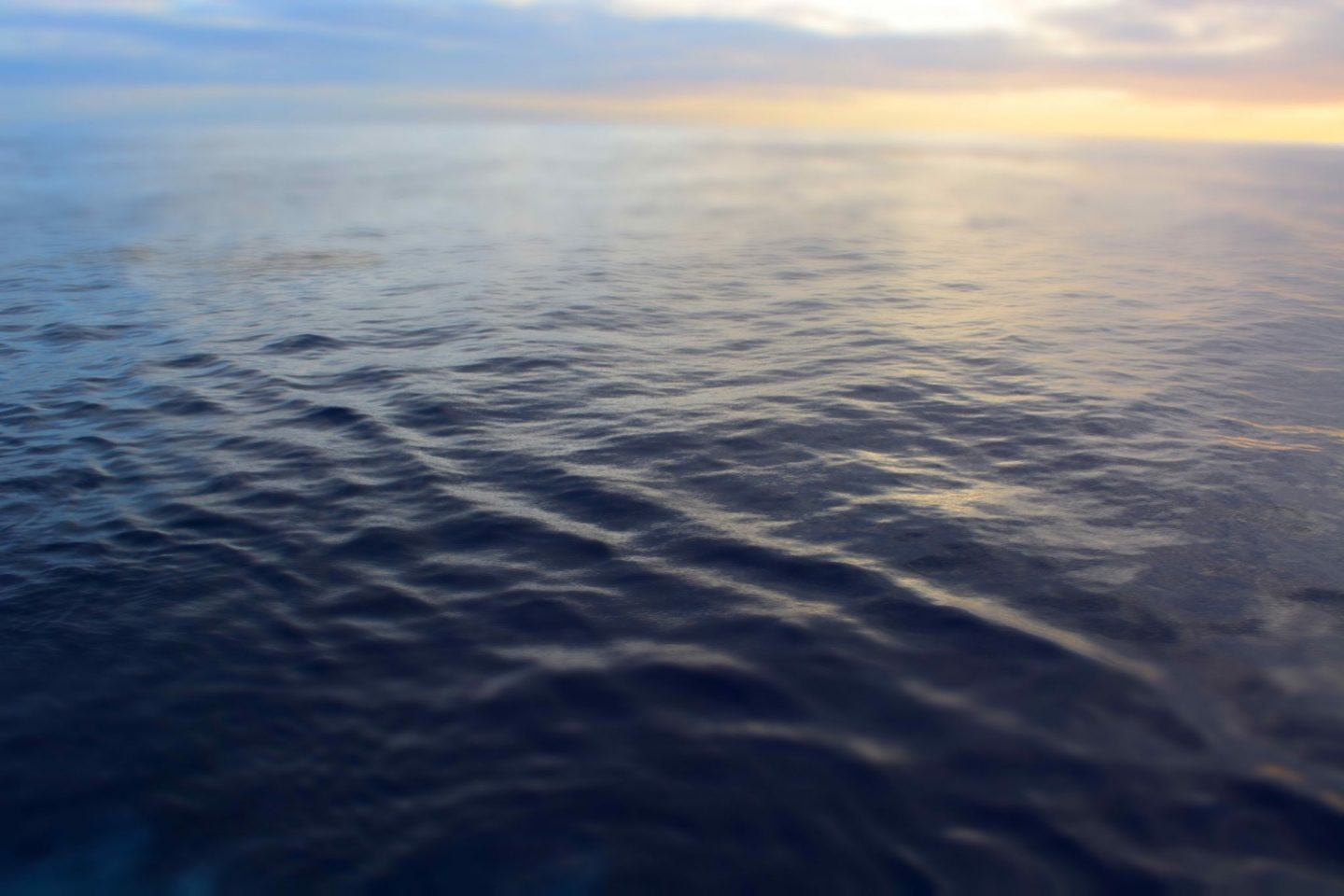 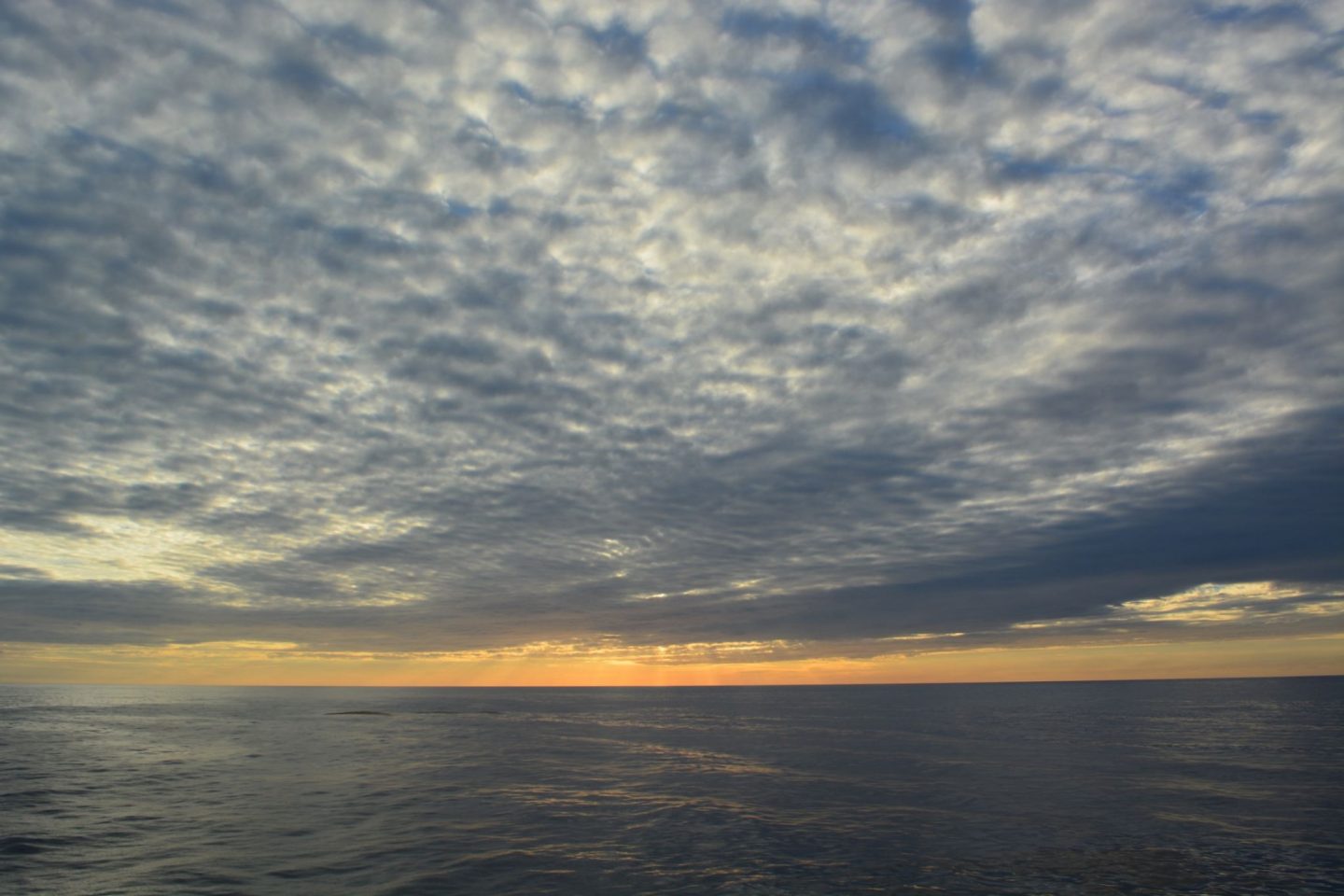 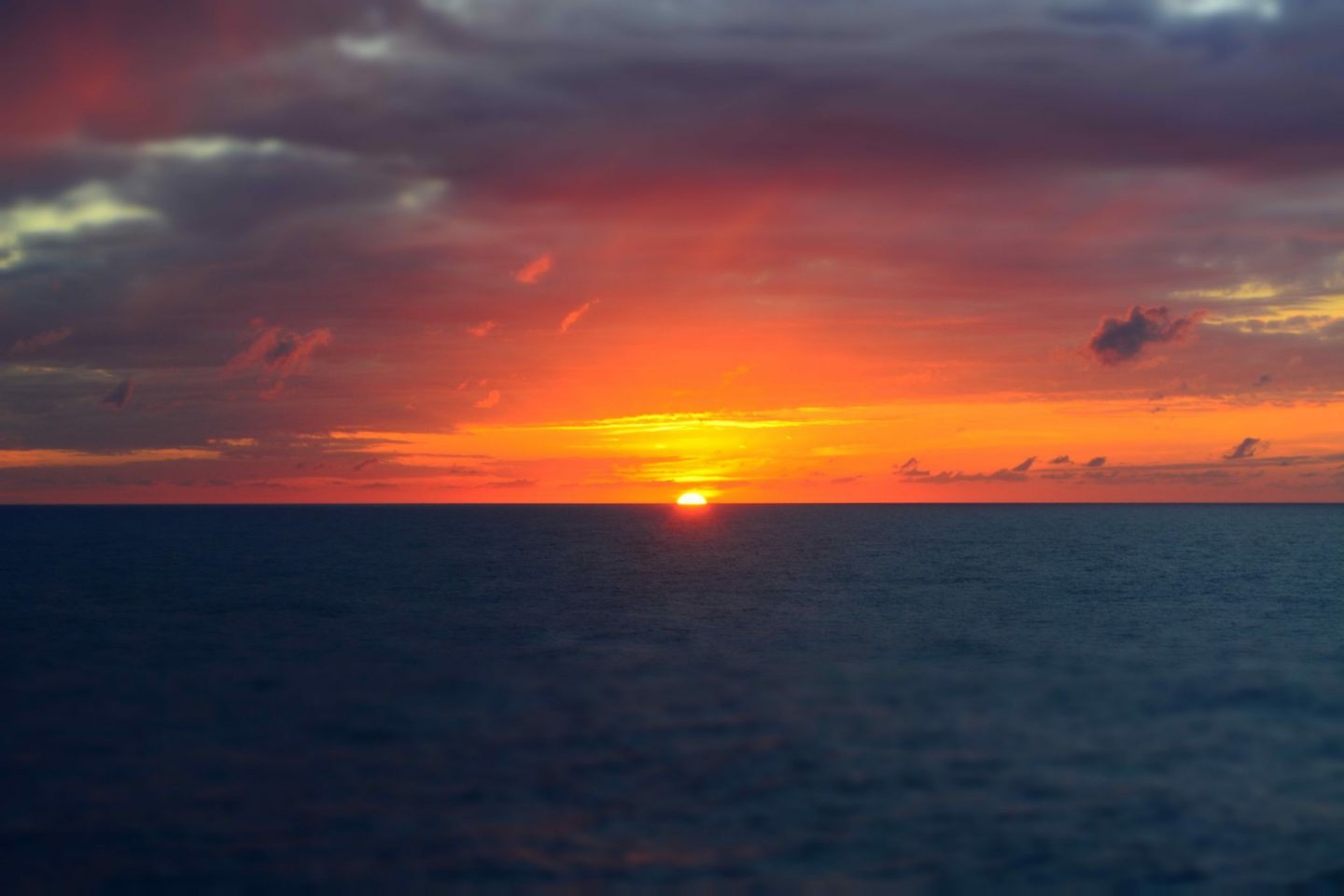 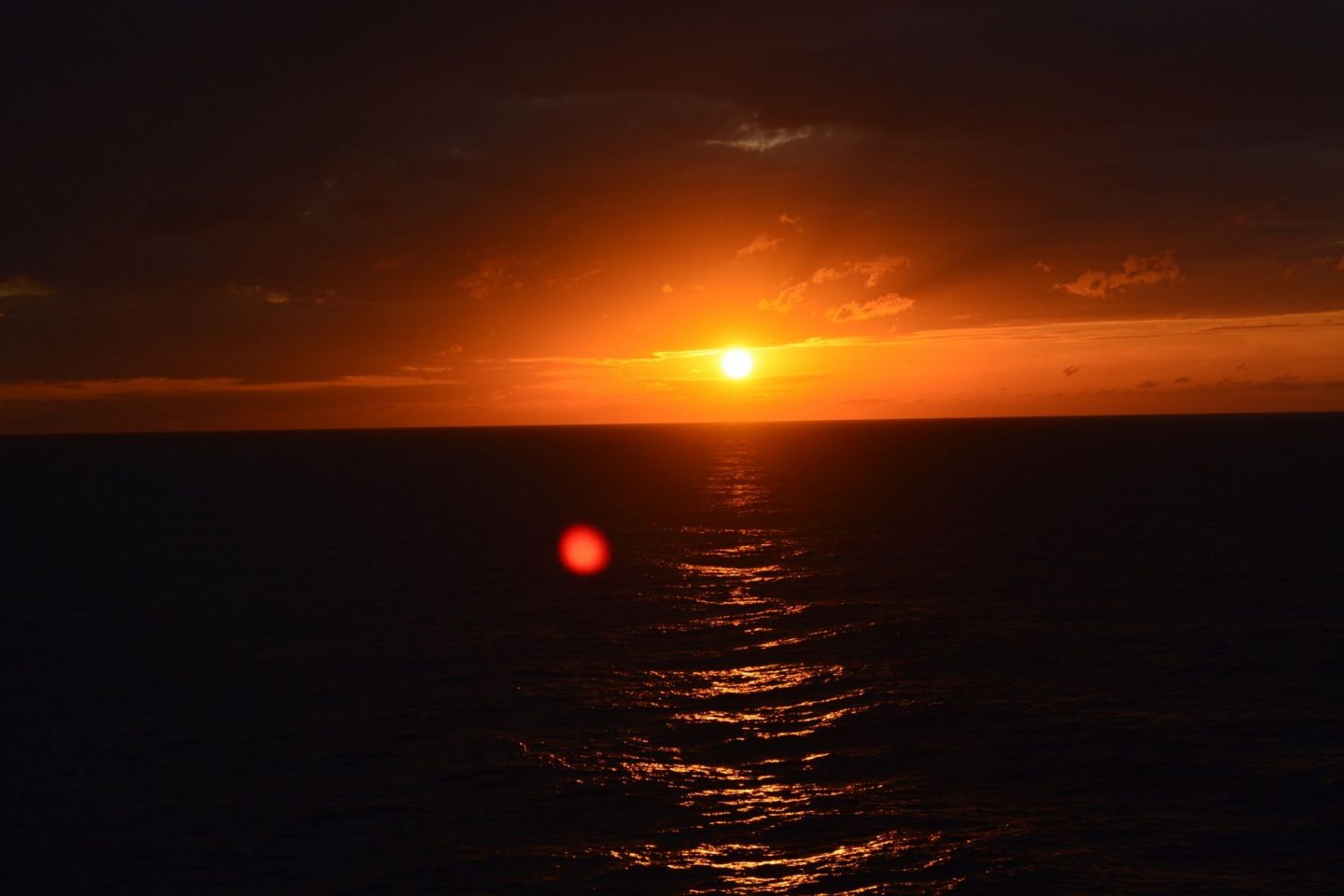 I hope the next place I’m off to is another good one and I can’t wait to share that with you guys when the time comes.

In the meantime, happy travels and if you’re somewhere cold, I hope you’re staying warm!