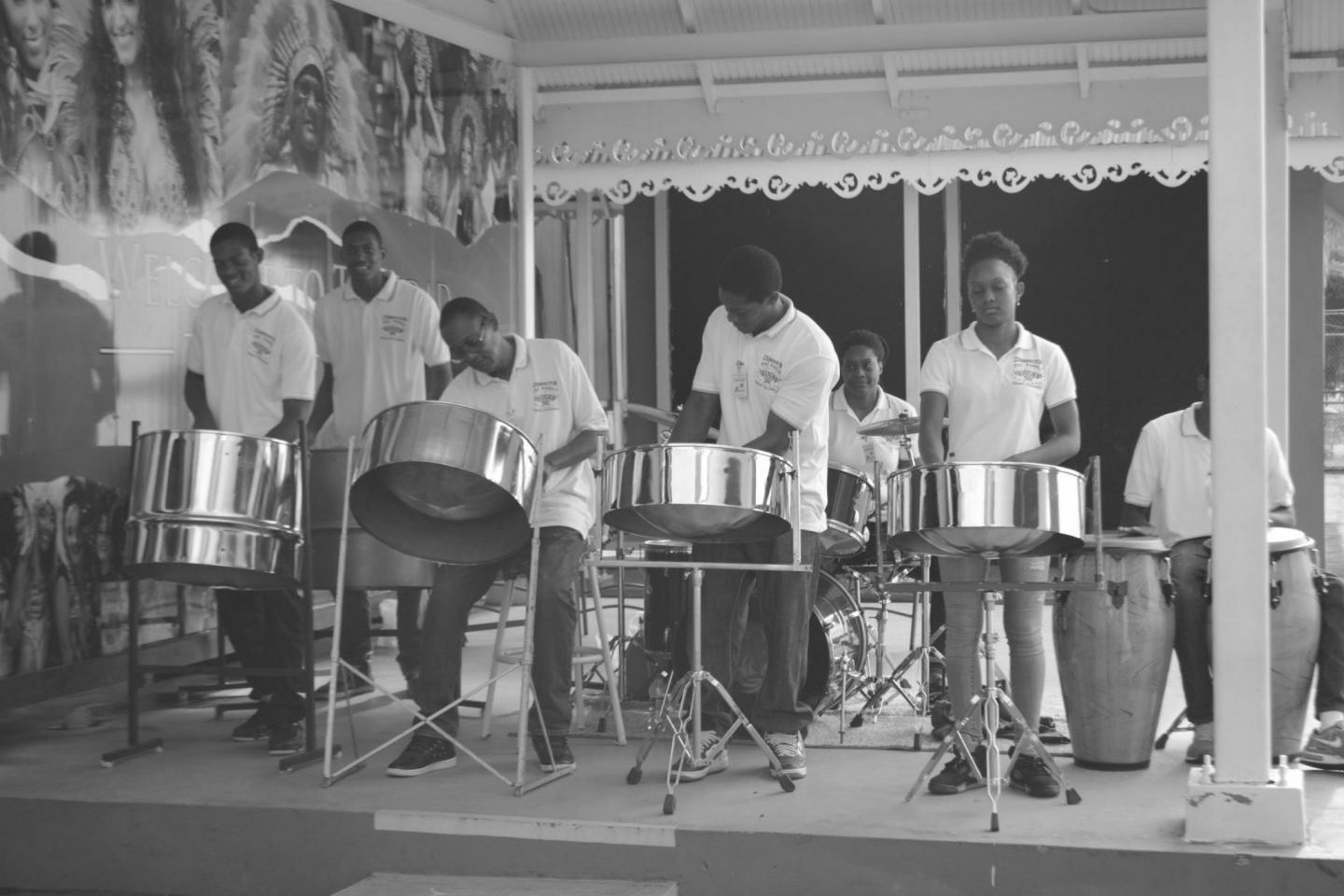 Trinidad was one of the ports that I was looking forward to, mostly because I’ve heard lots about its exotic culture and its renowned steel pan melodies. I’ve seen the local cultural dress, heard the music, and seen the colourful Carnival celebrations. 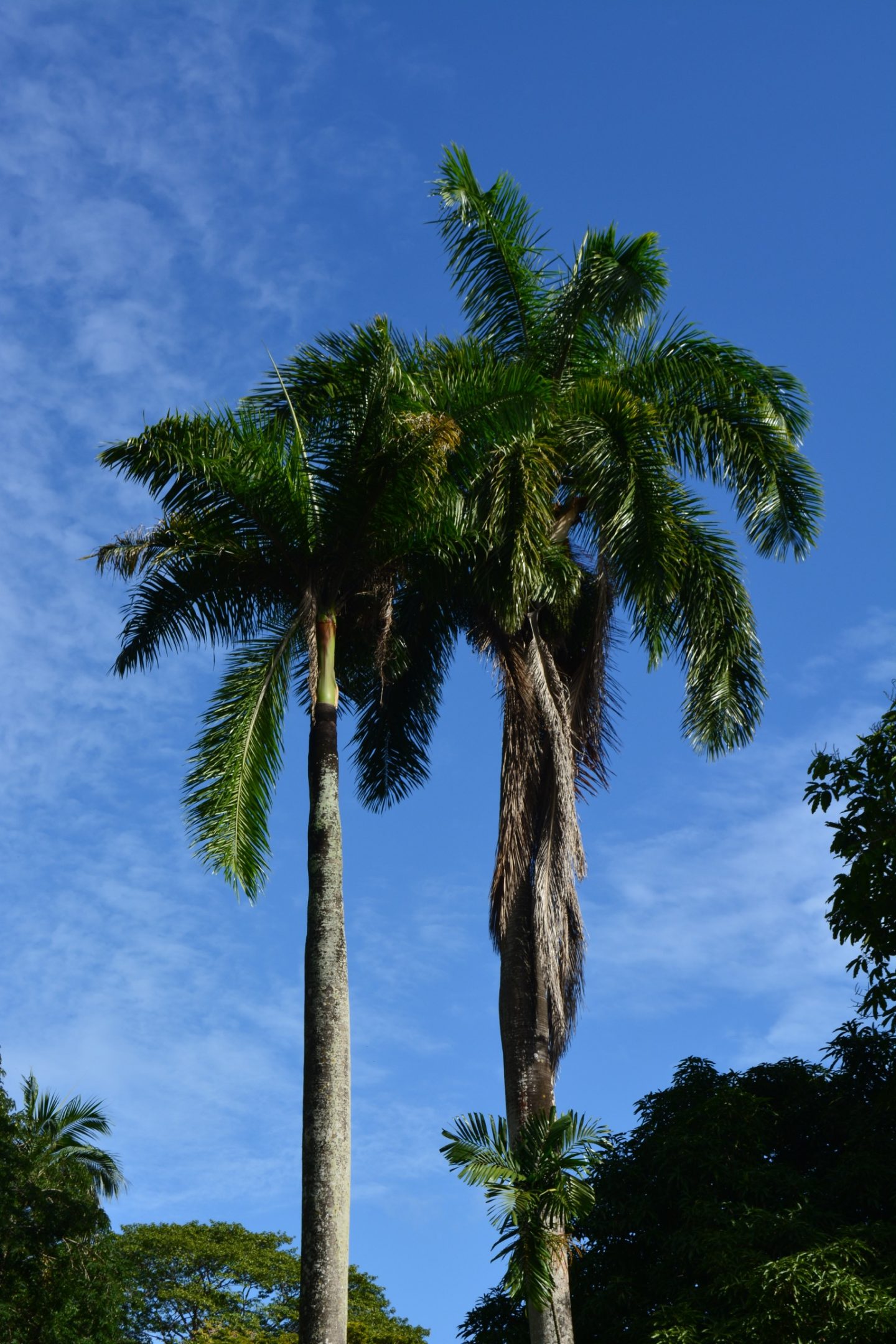 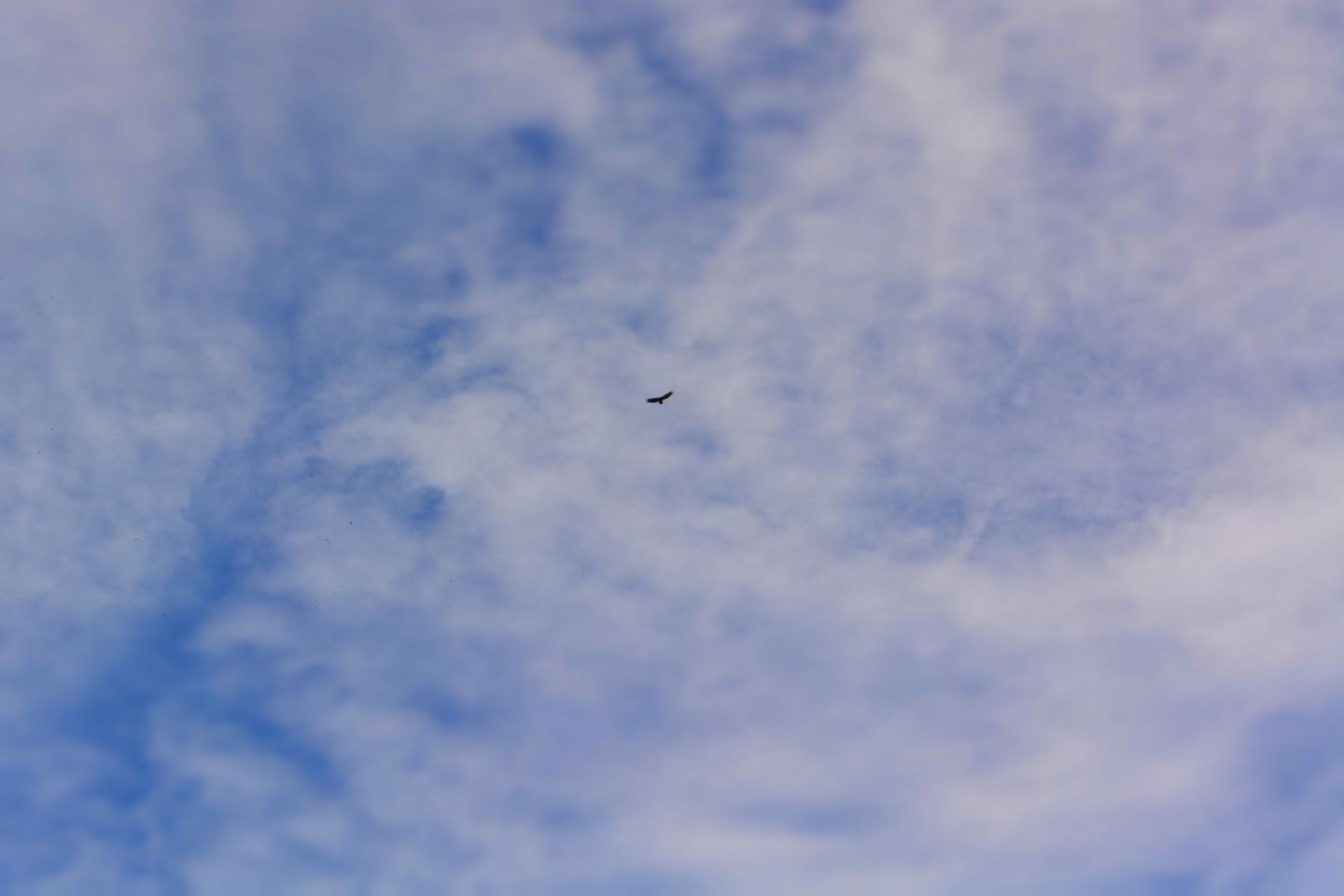 A little bit about Trinidad before we dive into the day’s activities first. Trinidad was founded by Columbus in 1498 and it remained under Spanish rule until 1797 when it then fell under British rule. In 1889, both Trinidad and Tobago became a single two-island crown colony. Trinidad was the earliest-settled island of the Caribbean and since it was first inhabited, its long history is the reasons behind its many different cultural infusions from Spain, France, Britain, India, China and Africa. Today, the island has a population of about 1.2 million. Trinidad and Tobago are two separate islands, but they’re treated and seen as one single country. Interesting fact: Trinidad is actually one of the wealthiest and most developed nations in the Caribbean and is listed in the top 66 high-income countries in the entire world. In the Caribbean, it’s the second richest country next to the Bahamas.

Okay, now onto the fun part: all the island has to offer. We were booked on a ship tour again for this port and the tour was going to show us a couple of Trinidad’s highlights.

Our first stop was the Botanical Gardens. We walked around the gardens, our tour guide pointed out a couple species of shrubs, trees or flowers, and we took a look around. In my opinion, while it was great to see the local flora and fauna, this isn’t a necessary stop if you only have a limited amount of time in Trinidad. In my opinion, the garden was very similar to other botanical gardens in other stops of the Caribbean. We’re also not huge fans of different species of plants or flowers.

We hopped back onto the bus and the bus drove up the mountains, made some very frightening turns as it ascended, and brought us (in one piece, thank god) to the Lady of Lookout point. According to the tour guide, this was one of the best places on the island to get a bird’s eye view of the island. The view was certainly great. 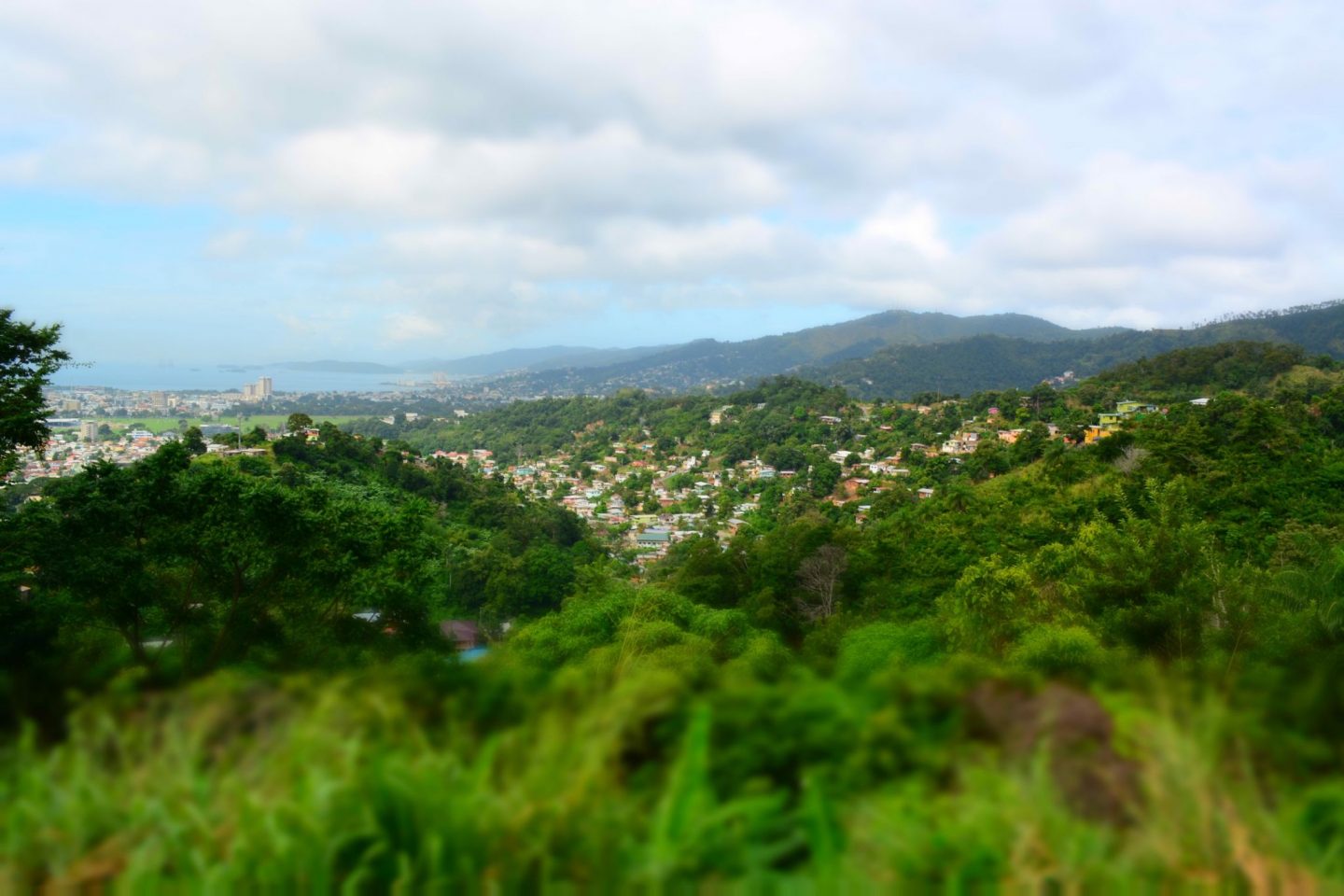 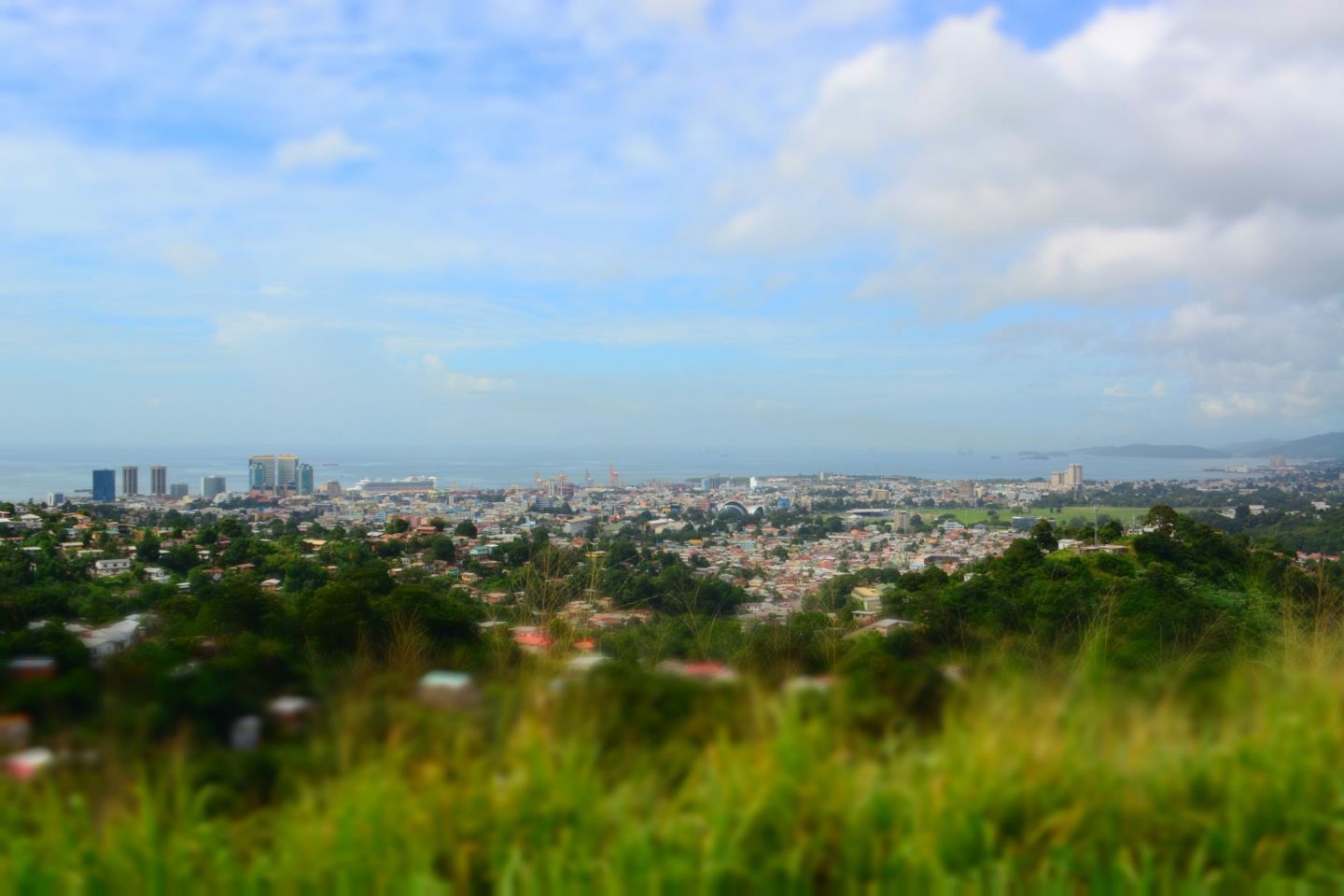 They even had somebody at the lookout point serenading us with the steel pan. 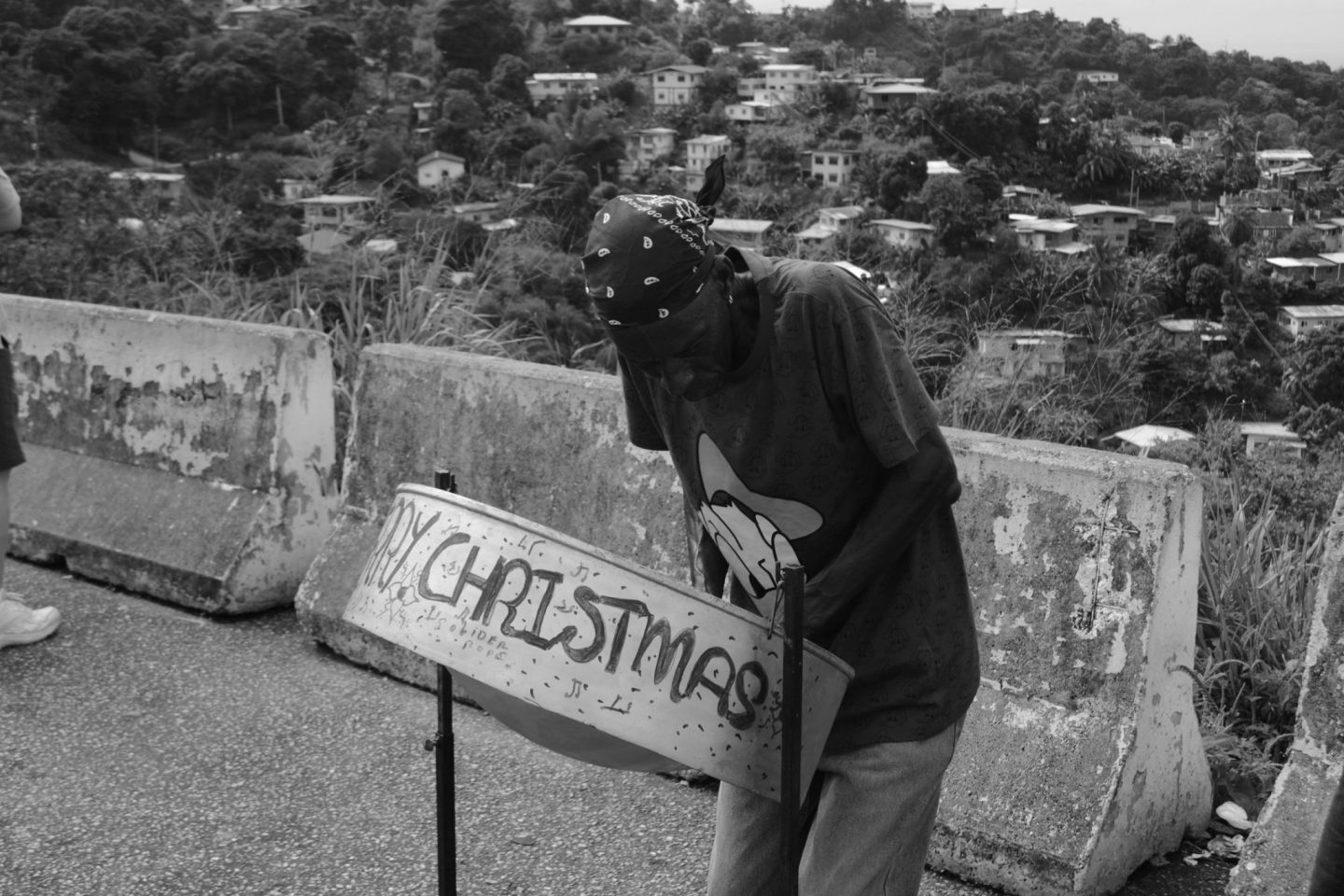 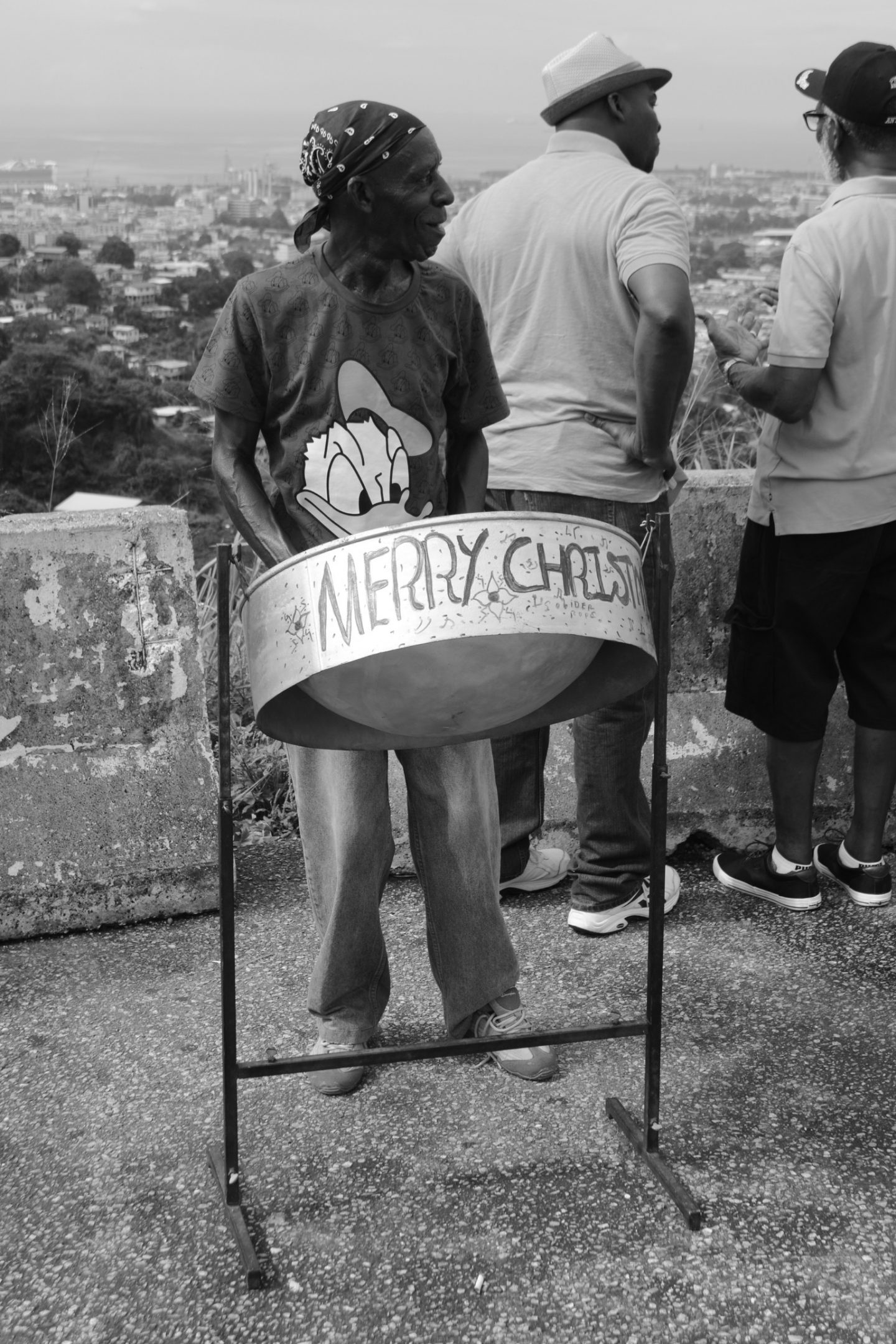 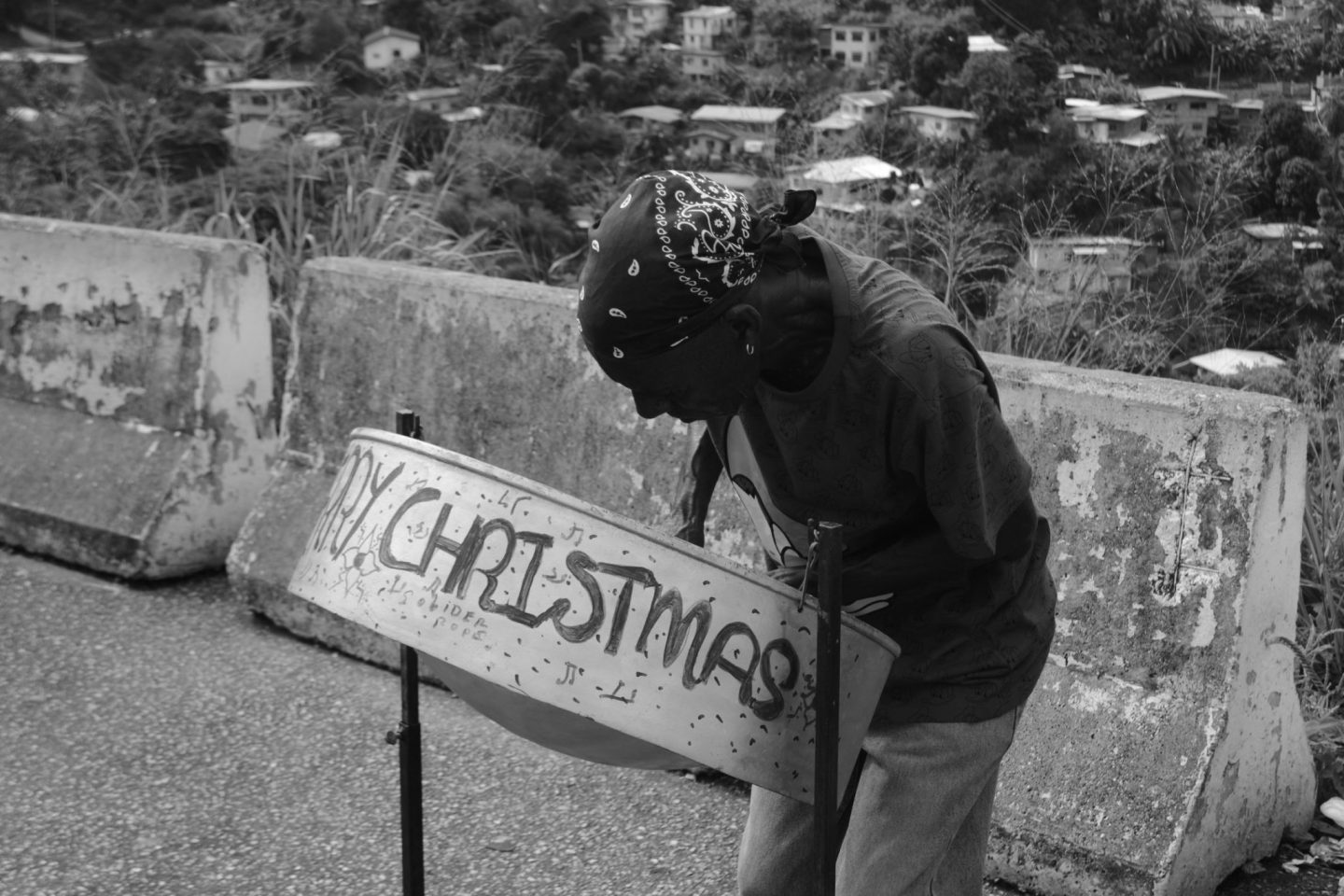 After snapping some pictures, we were off to our last and most important stop of the day: Maracas Bay, perhaps the most popular beach of Trinidad. Aside from its white sand and crashing waves, it is most well-known for its Bake and Shark huts. Bake and Shark is a Trinidadian native dish that consists of deep-fried shark stuffed in deep-fried batter called Bake. In actuality, it’s actually kneaded flour usually made for roti that is fried in certain shapes to make the bread.

When we got to Maracas Bay, there was some light rain but that didn’t stop me from heading straight for the sand and shore. Unlike other tours with a beach stop, we weren’t given enough time to go for a swim. Instead, this was more of a scenic stop.

And thank god we weren’t in the water. 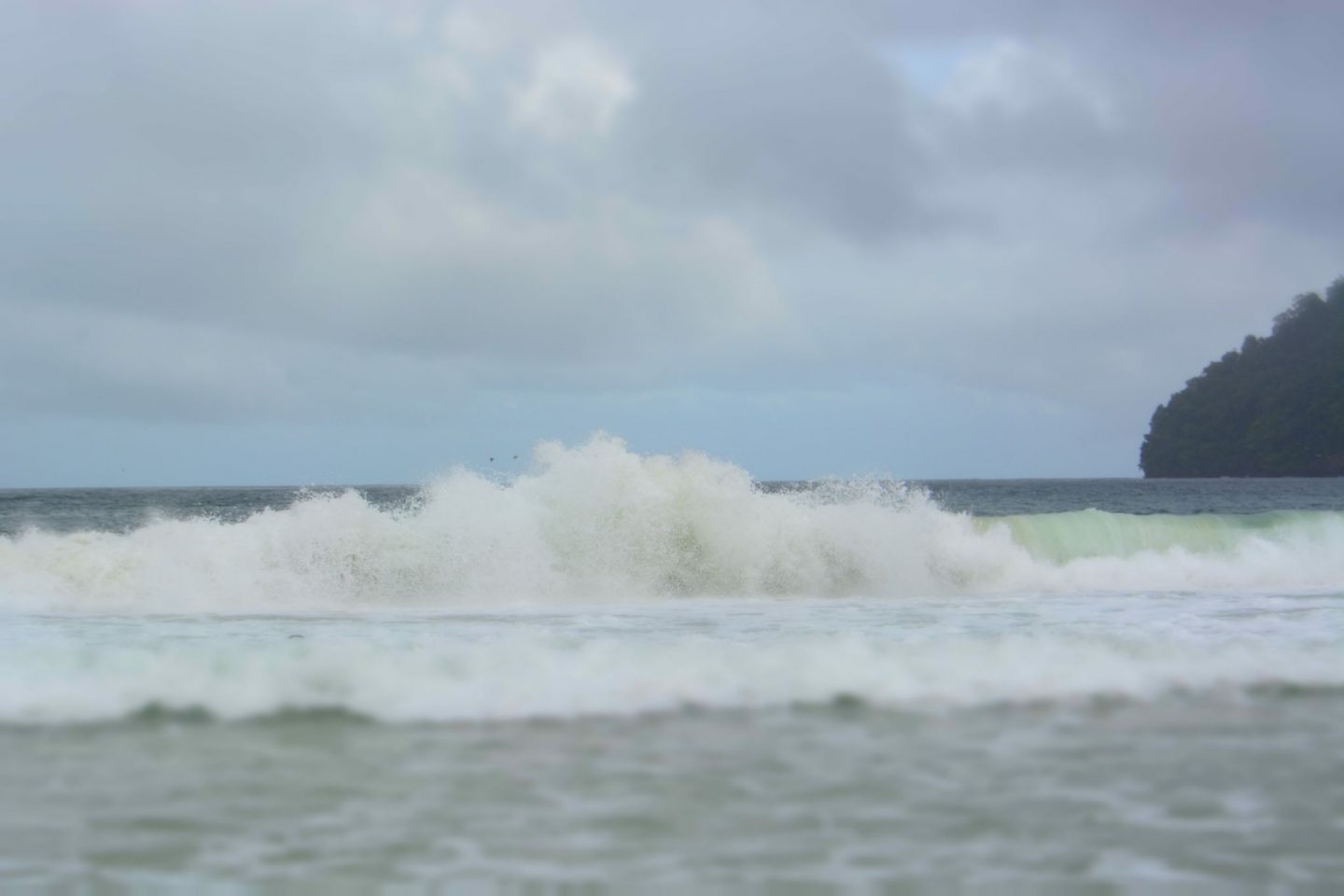 The waves were the biggest waves I’ve seen, even stronger and more powerful than the ones in Barbados. The ones at Carlisle Bay in Barbados paled in comparison to the fury of these waves. 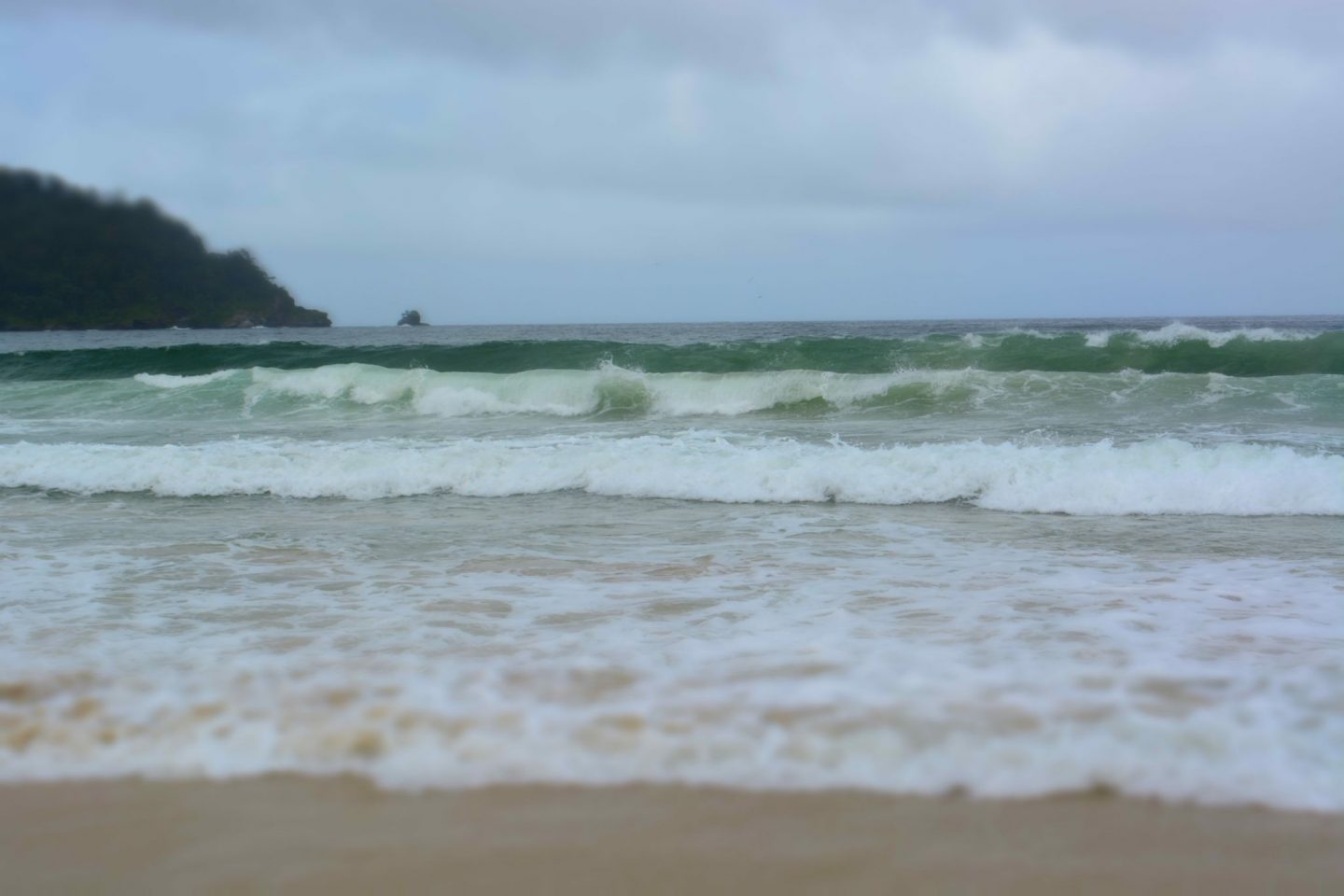 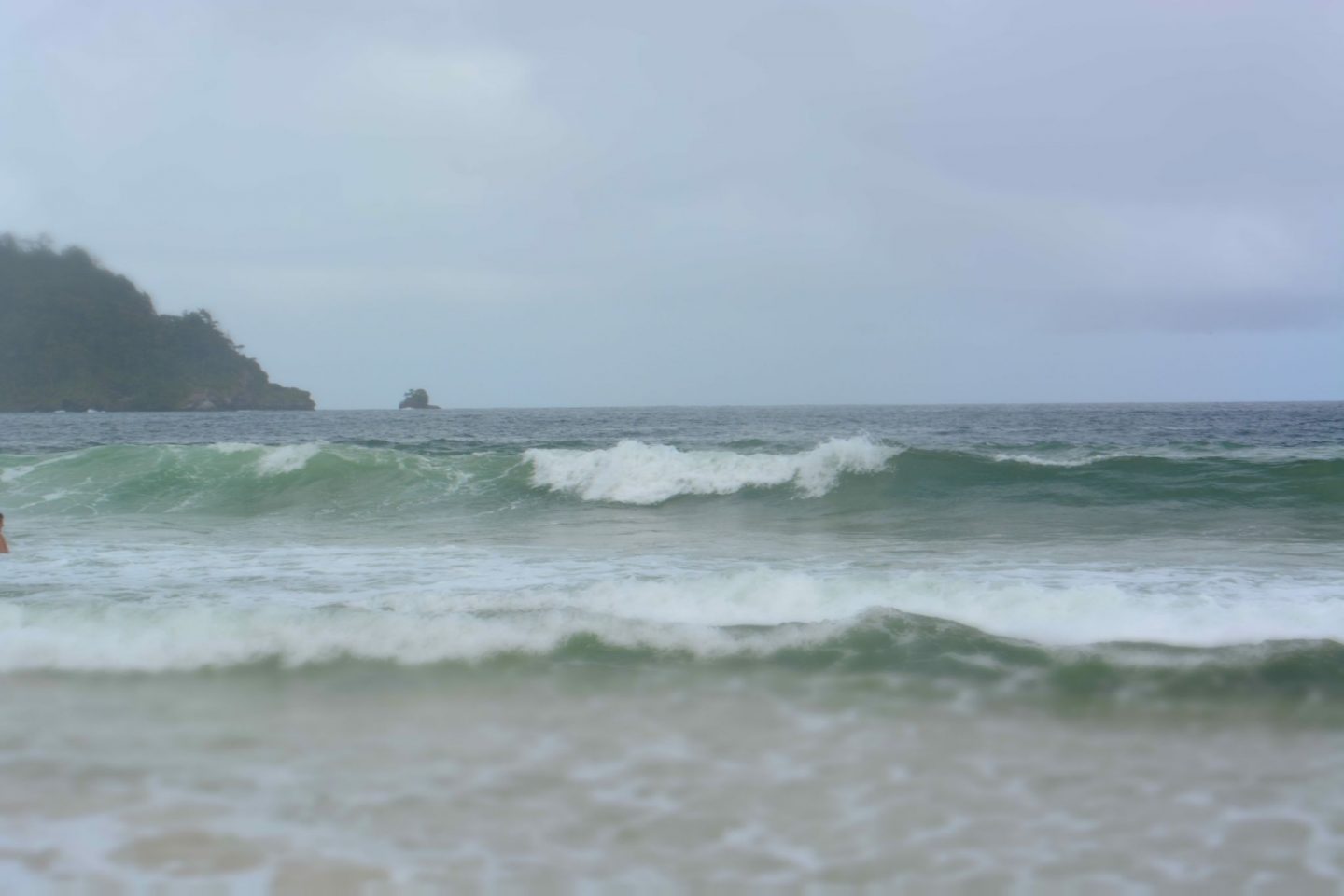 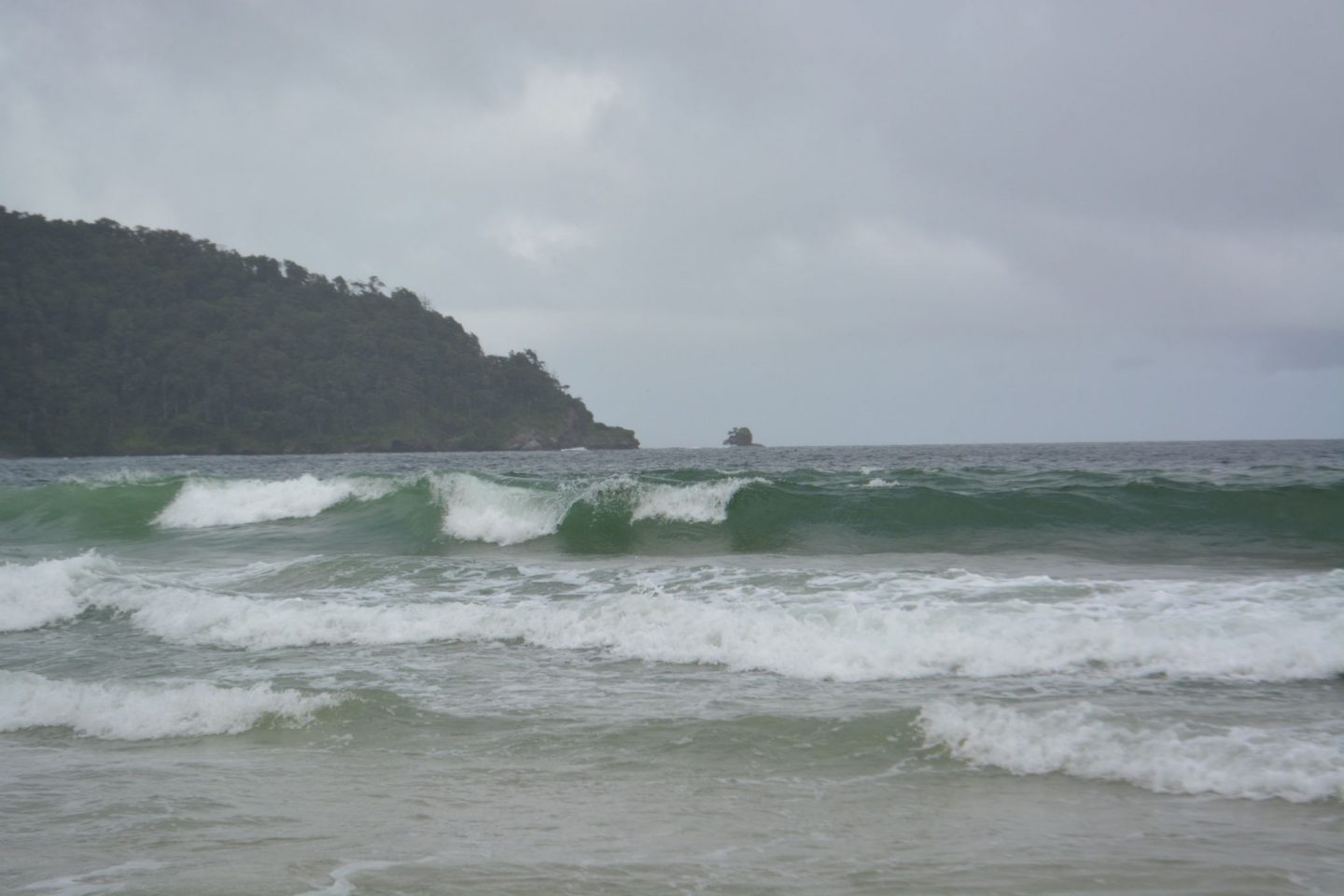 These waves contained the anger and passion of the gods of the oceans. They came crashing down on each other, one row of waves after the next. There was one man swimming in the midst of all the fury, in the middle of all this chaos – beautiful chaos – surrounding him. 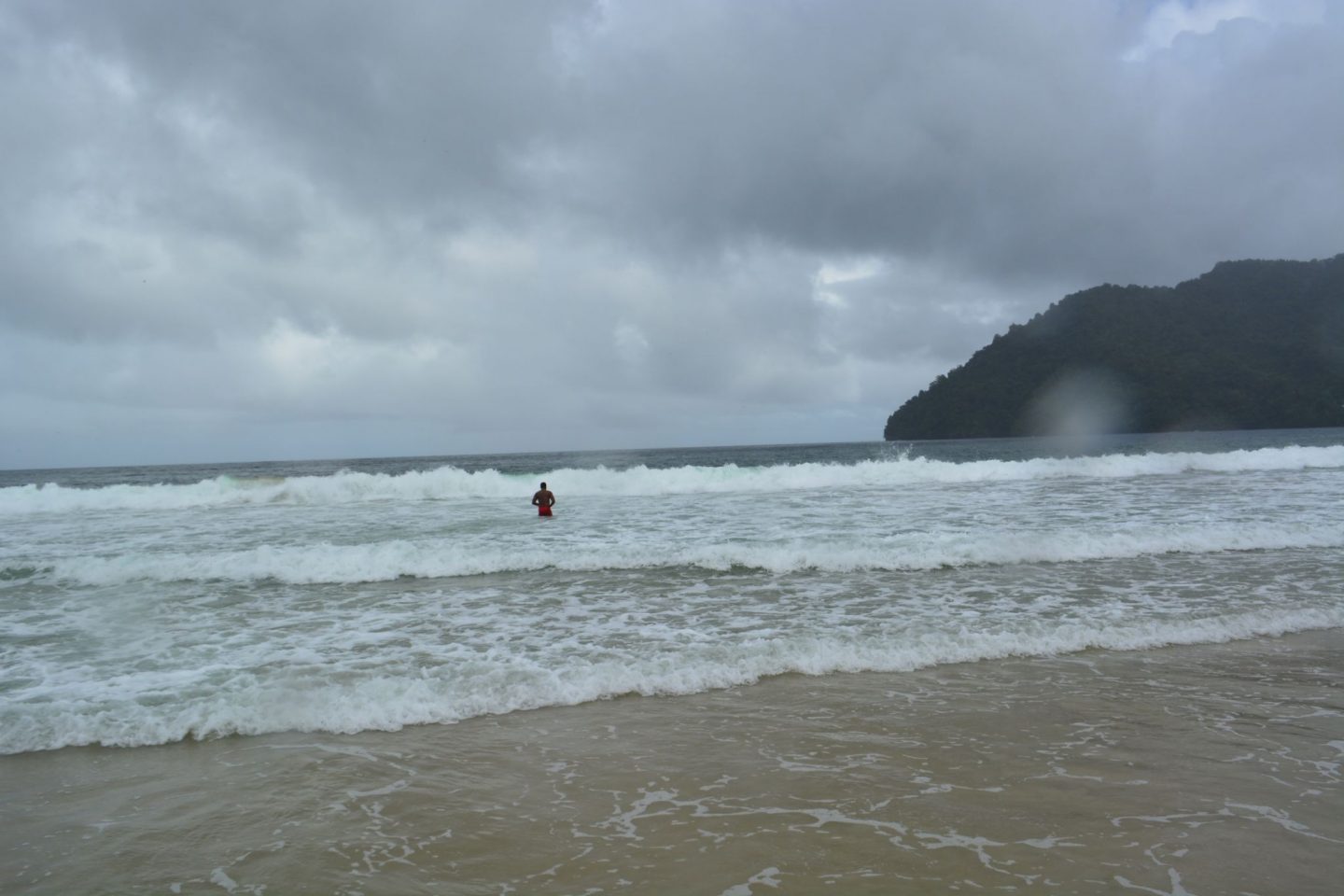 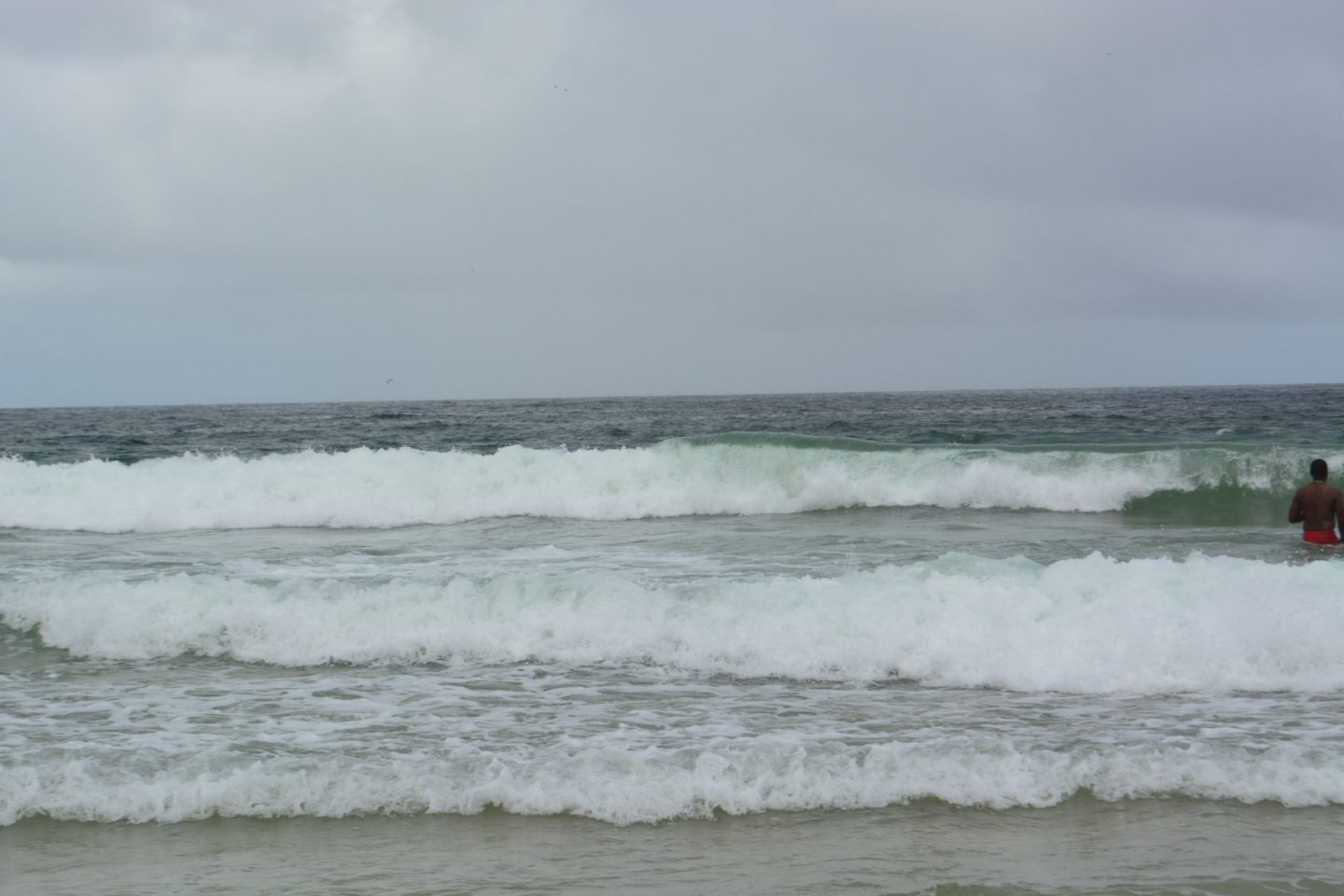 Just like I had felt standing on the top of a mountain overlooking the fjords in Norway this past summer, I felt honoured, almost, to be witnessing one of nature’s miracles – the ocean. Something as simple as waves and the ocean spray can take my breath away because of how grand it all seems.

After our little stroll down by the beach, we headed back to where most of the booths and shops were. Before heading back to the bus, I listened to the steel pan musician for a bit, who was so connected to the music that he was playing. Another fun fact: Trinidad is widely considered to be the birthplace of calypso music and the steel pan, which they claim is the only acoustic musical instrument invented during the 20th century.

The musician was playing the most beautiful Christmas music. O Holy Night is beautiful on its own but once it’s played on the steel pan, it’s almost a different story. It sends chills down your spine. I stood there, transfixed by the metallic melody and the ringing notes, played one after the other. It was definitely the ultimate definition of a serenade. 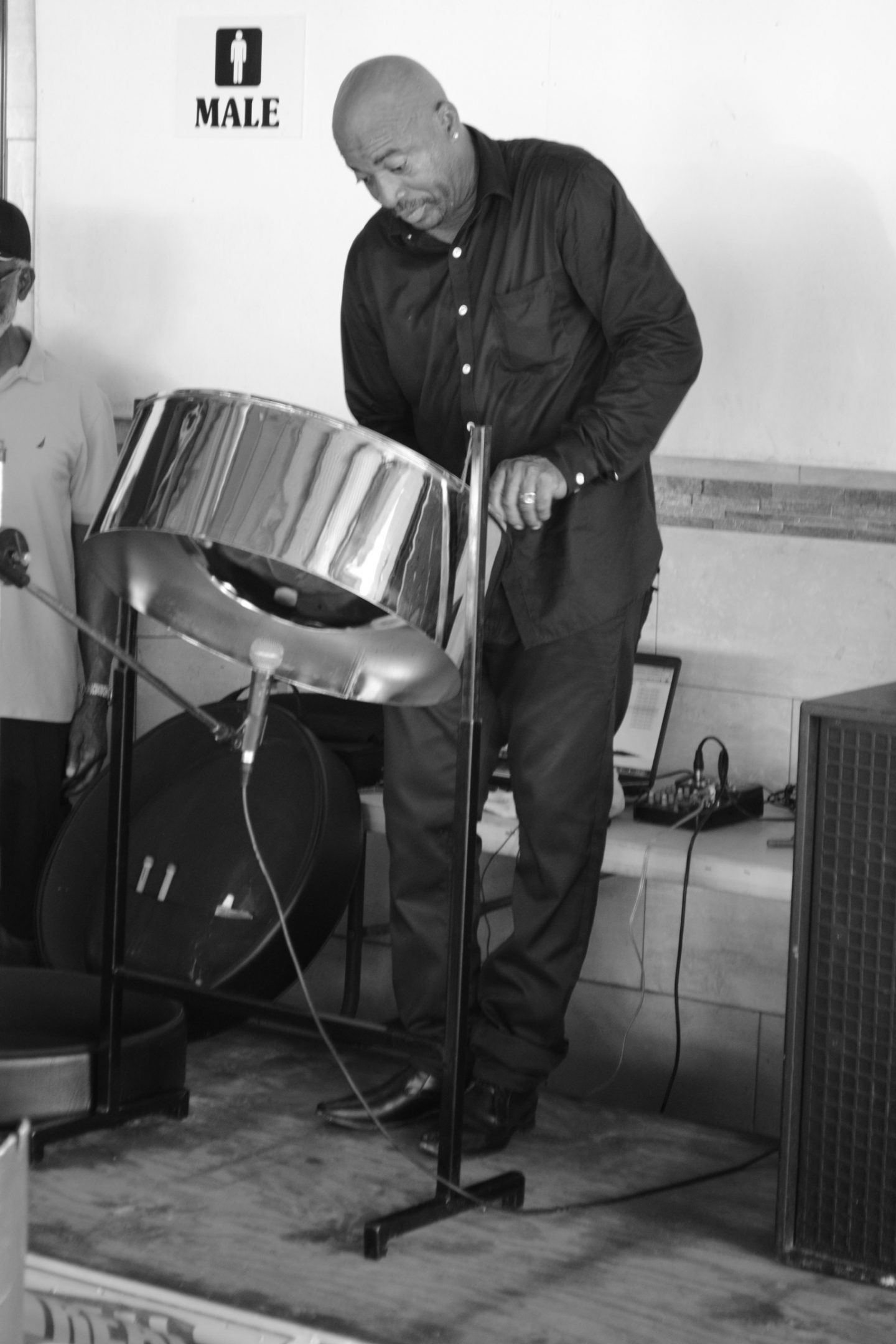 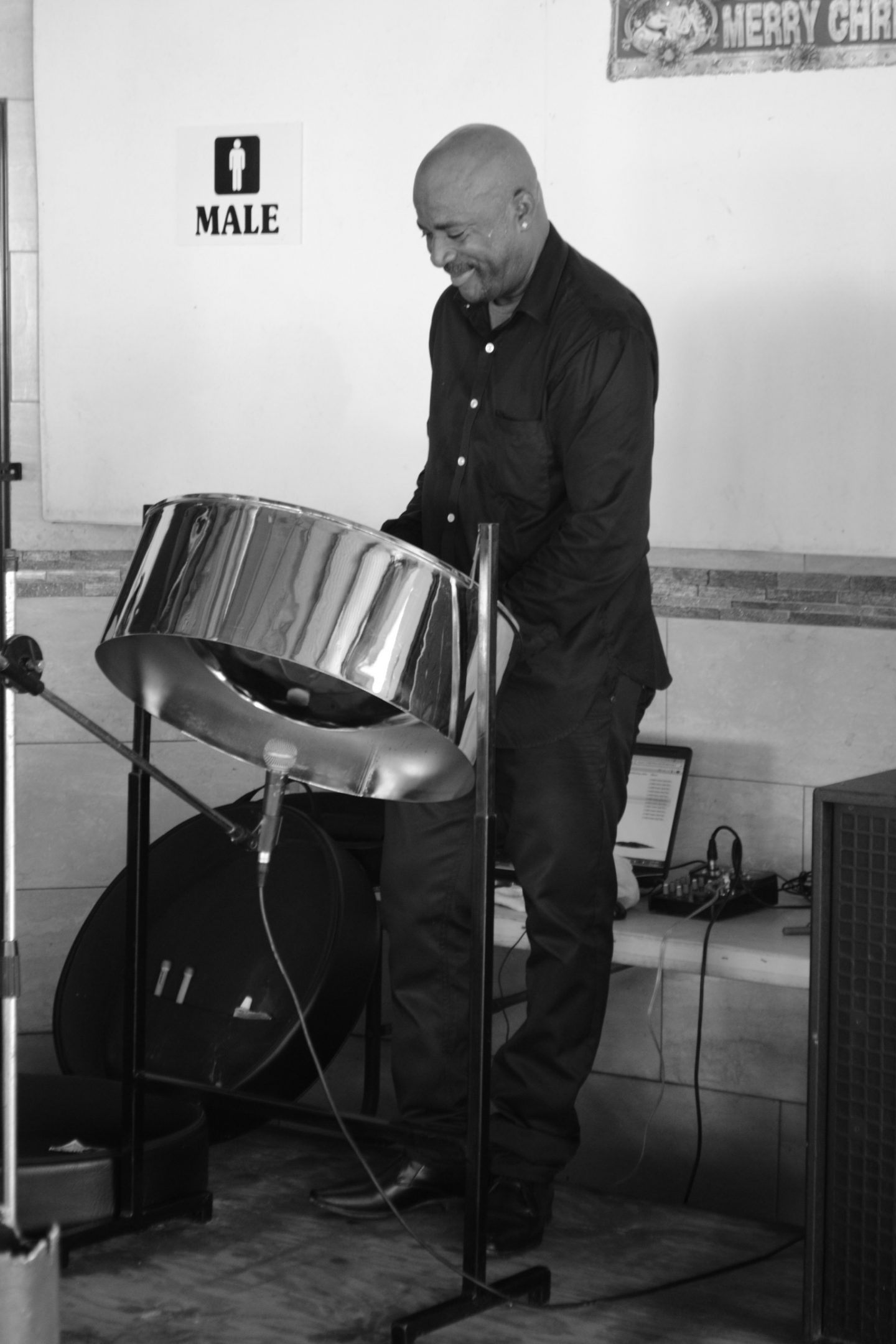 They say music has power, and it’s true. I don’t think I’ll ever be able to forget the sounds of the steel pan as it sang its song and showed off its talents. It’s something I’ll forever remember – video or no video.

Ears full from the music and cameras full of pictures, we boarded the bus again and headed back to the cruise terminal. As always, there were souvenir shops – tons and tons of them – set up right outside the gates so we shopped for a bit, picked out a few souvenirs, and then went onto the ship.

To end off the day was another stunning sunset. That’s always been the thing I’ve loved the most about the Caribbean — you’re never short of sunsets and sunrises. All you need to do is keep an eye out for them. 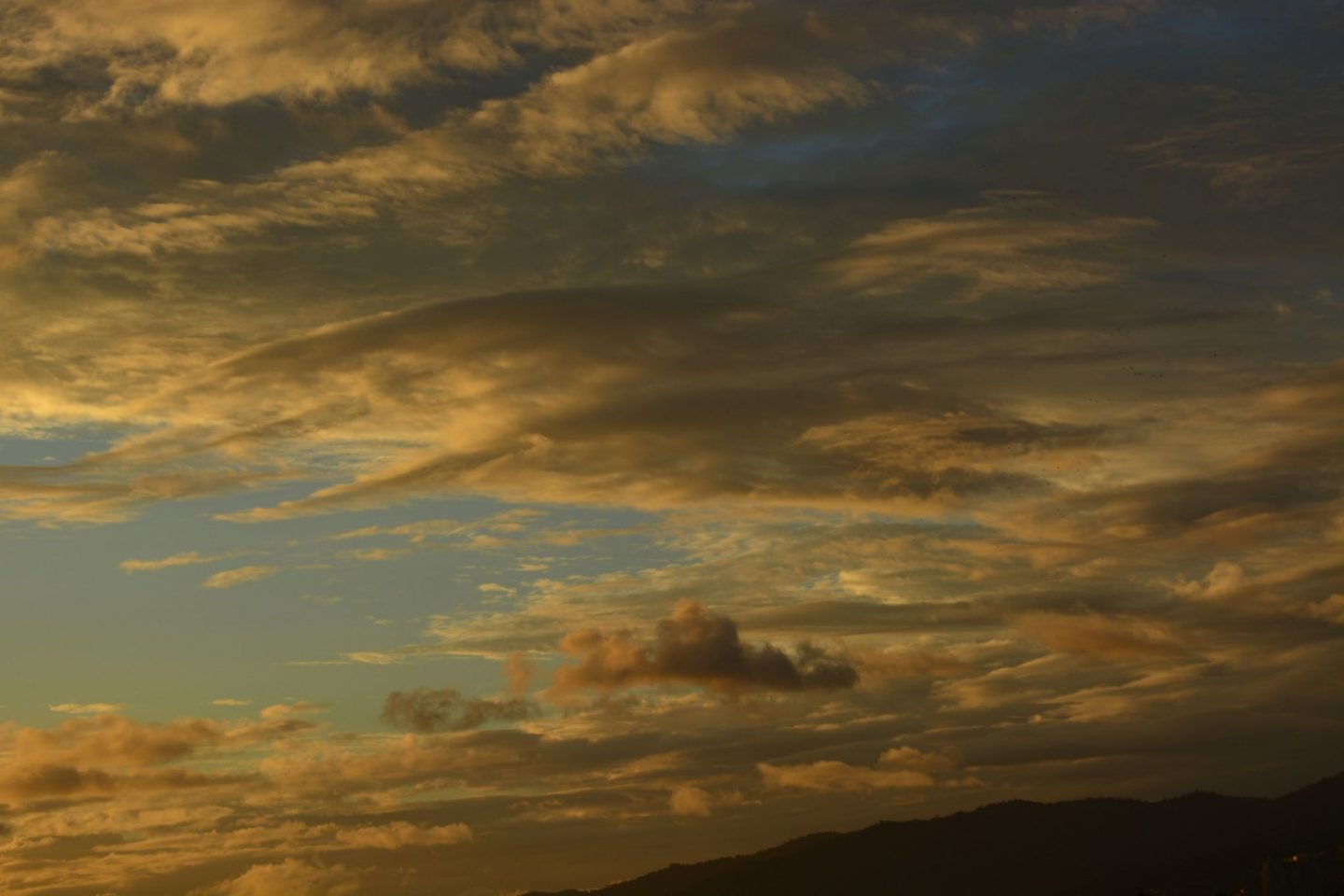 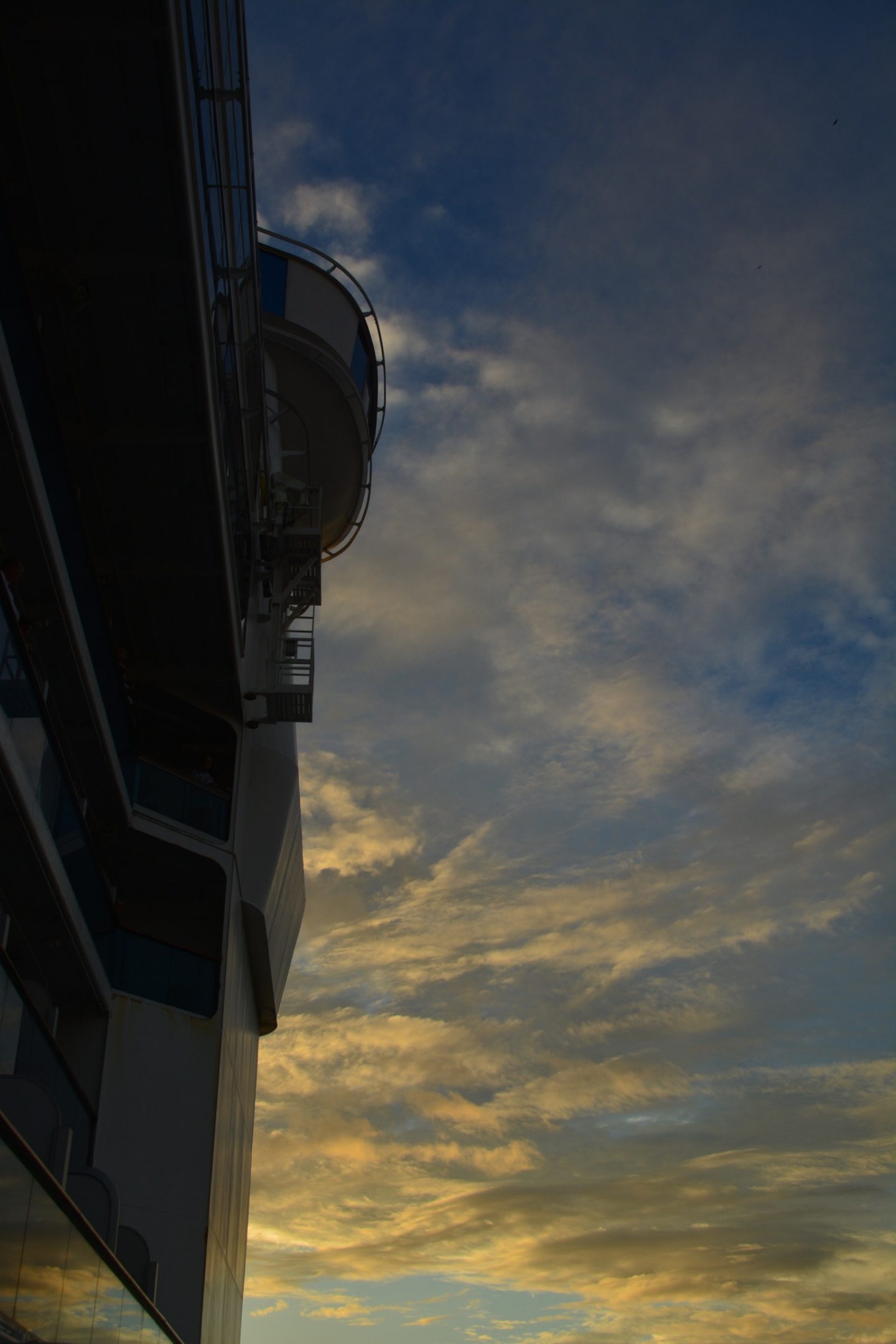 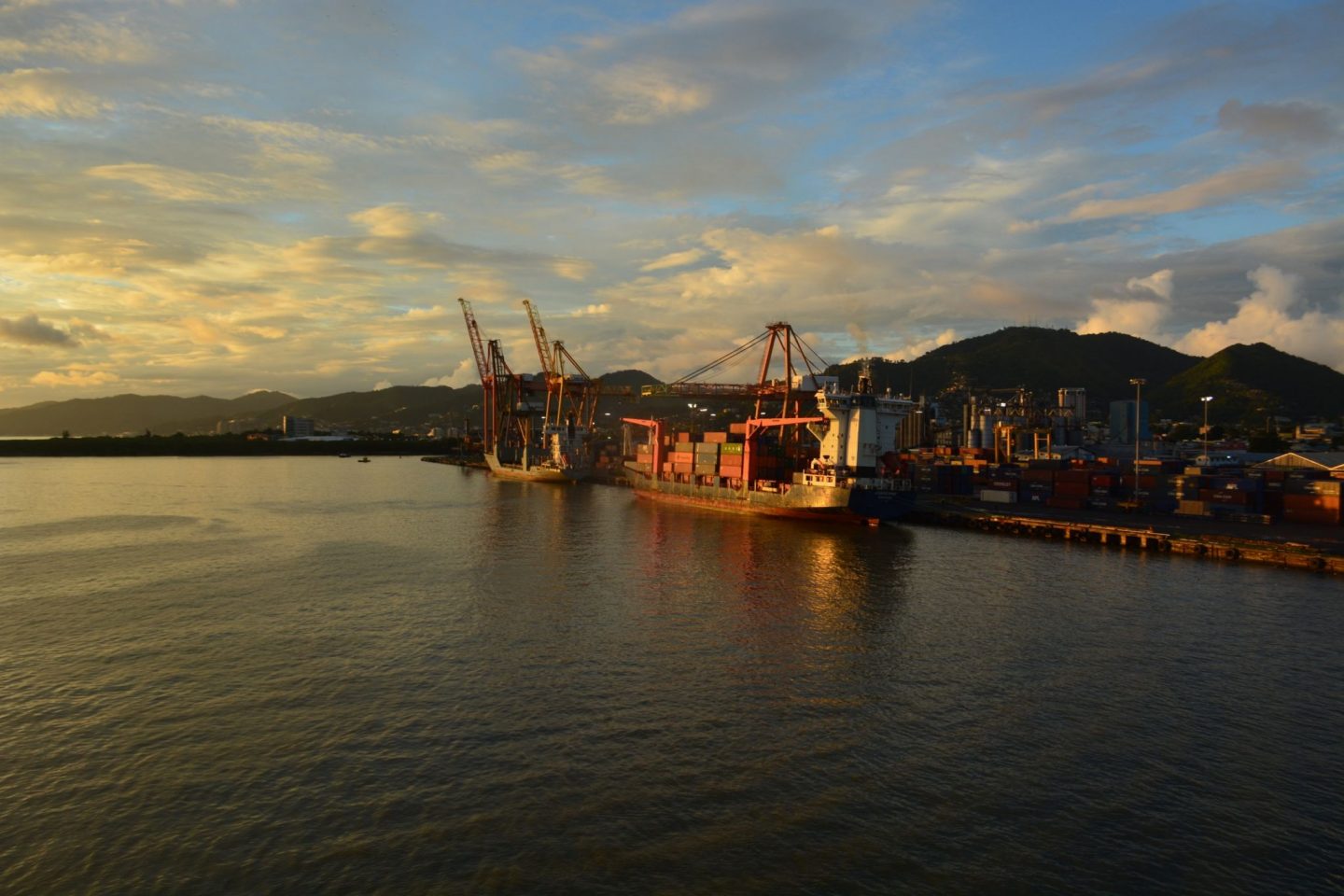 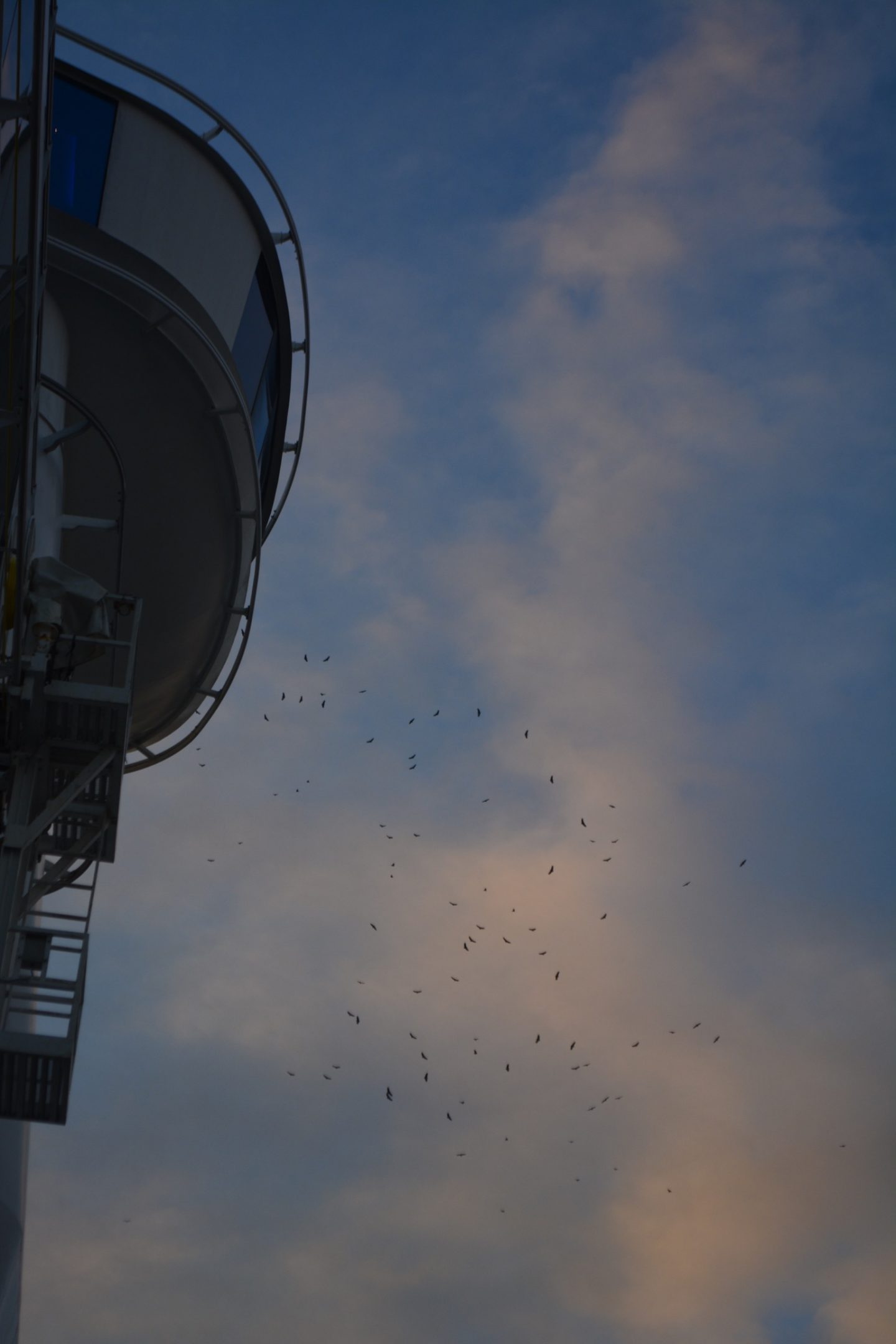 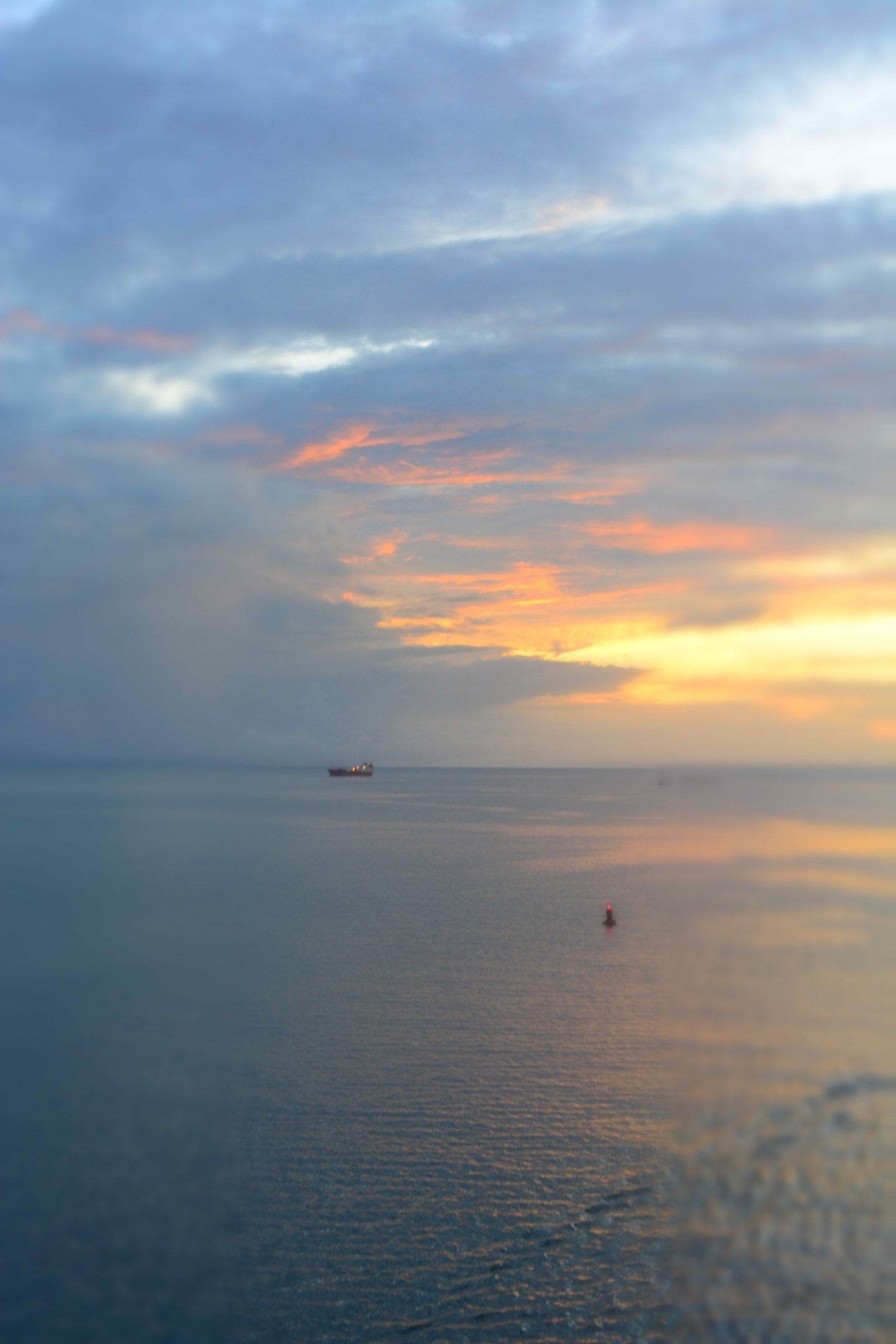 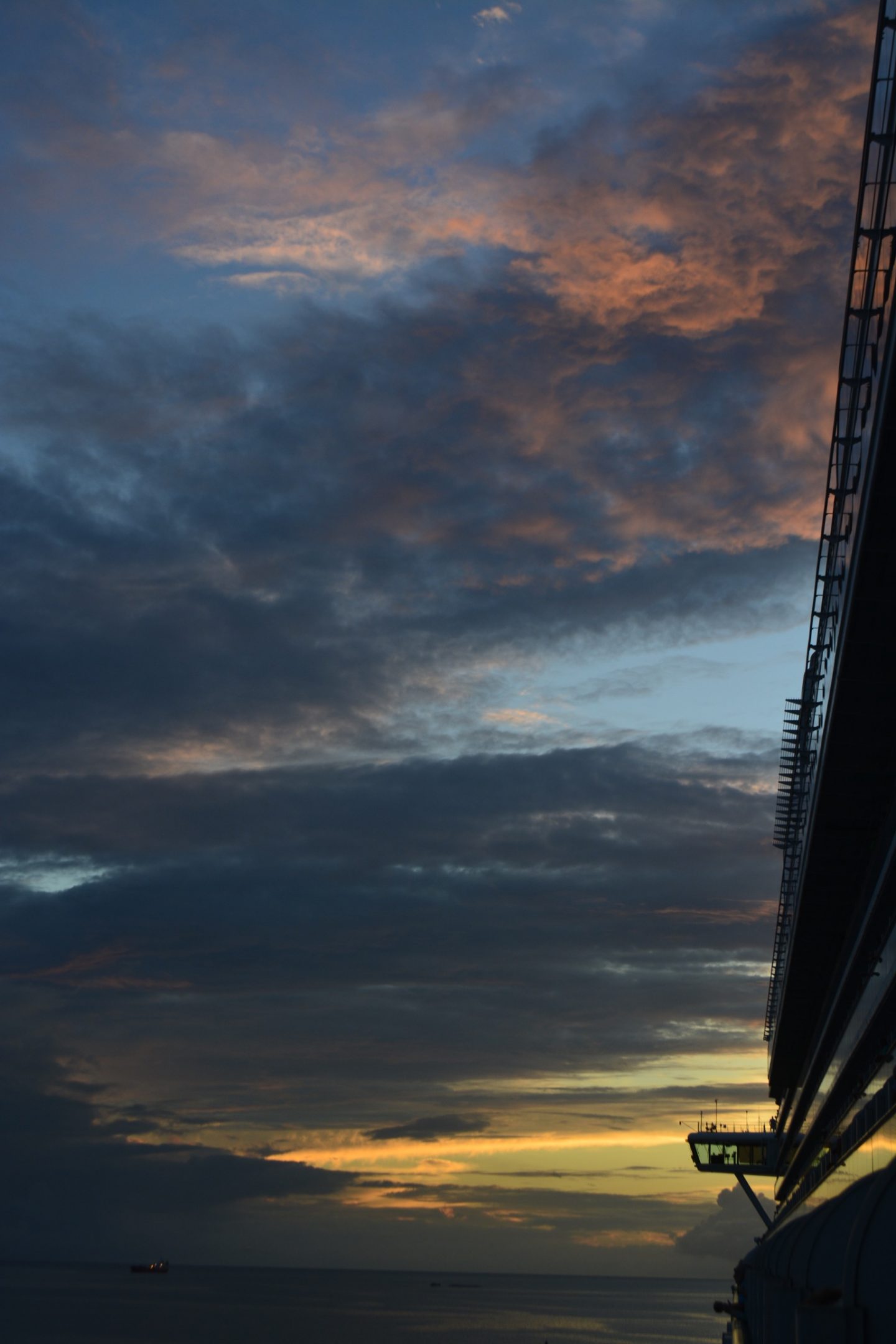 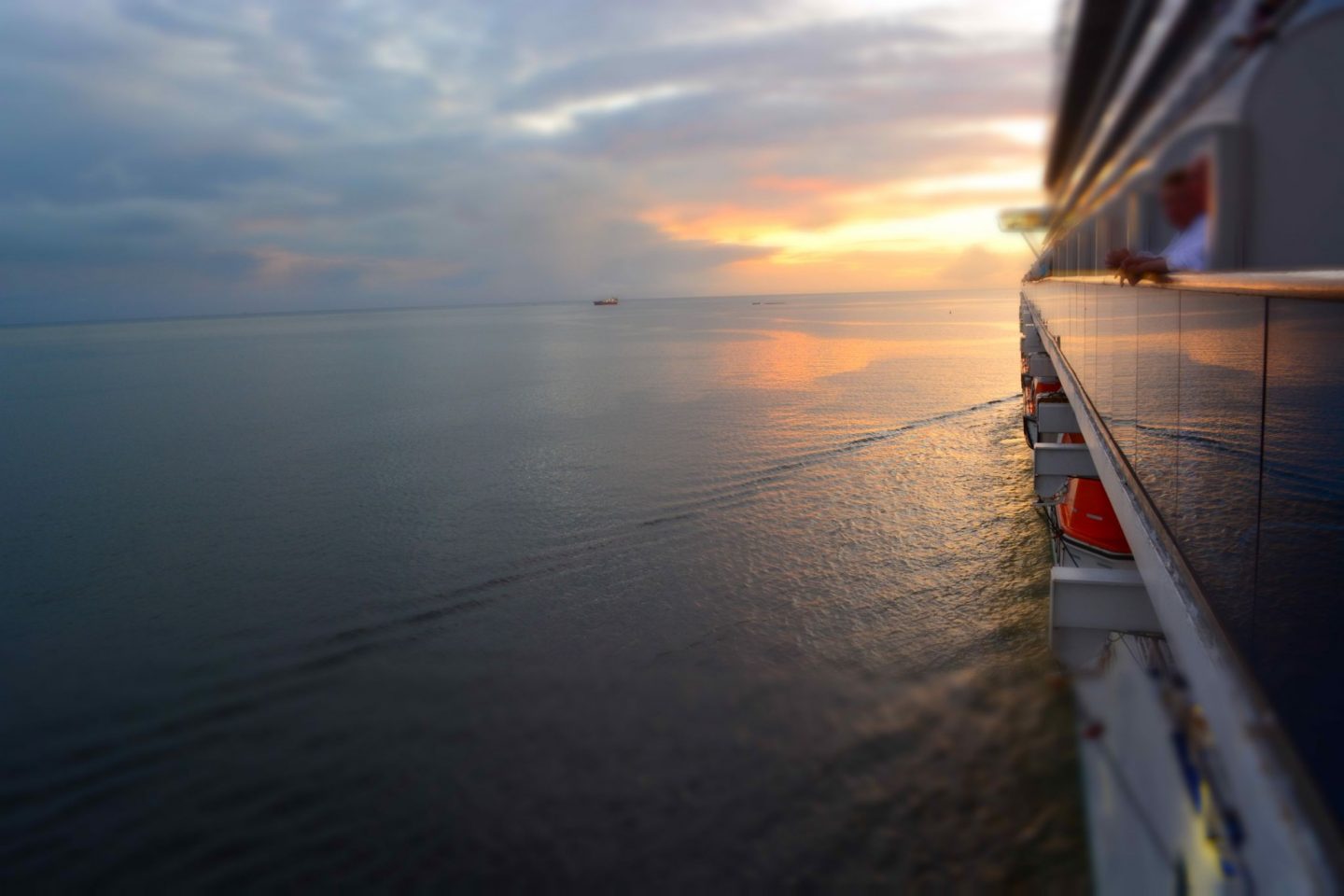 Stay tuned for the next post on Curacao, the most colourful Caribbean island I’ve seen!