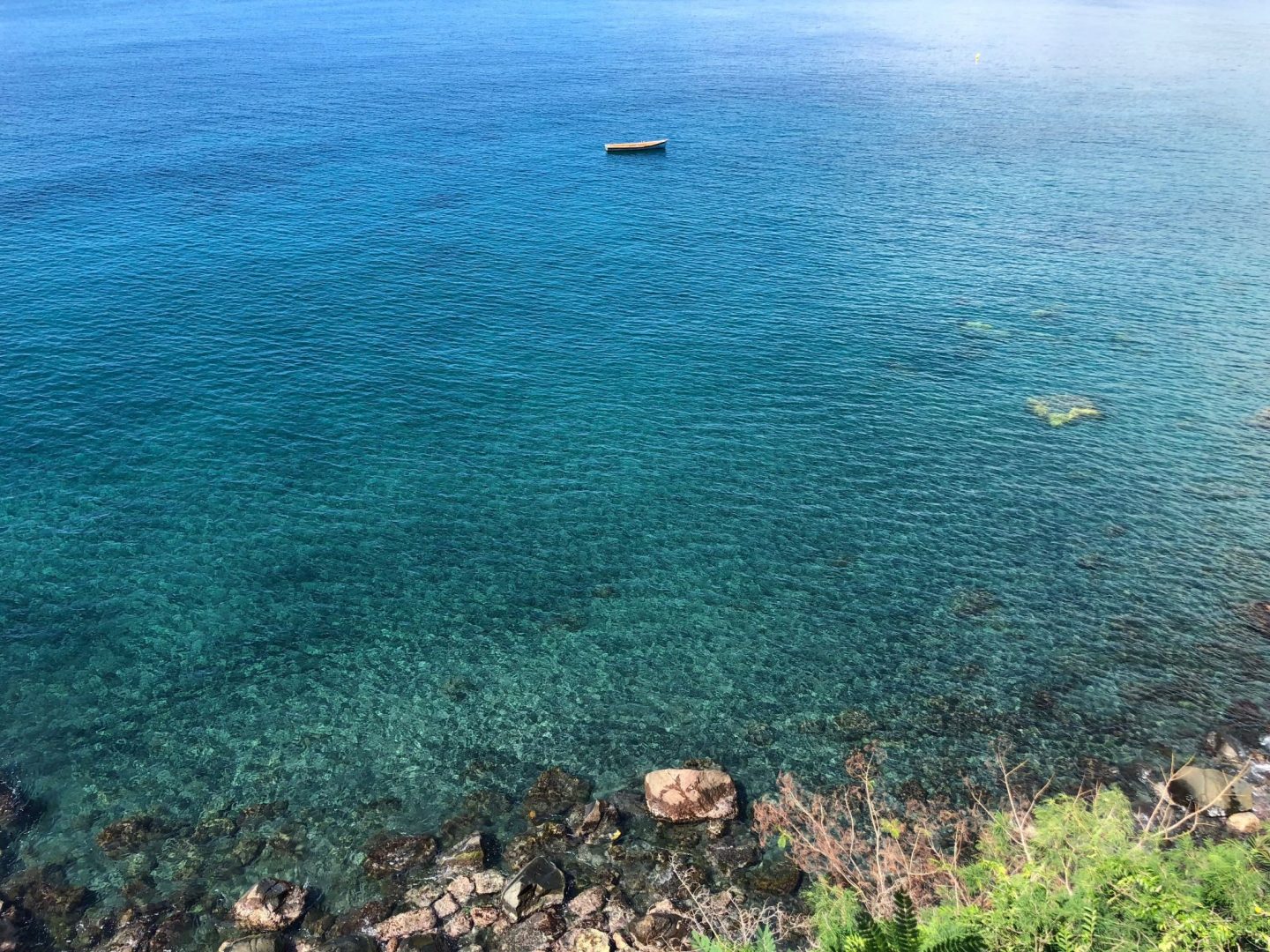 Now, we’re coming to Martinique. Even the name just rolls off the tongue.

Before the trip, I had read somewhere that Martinique carried a bit of the French city vibe (which makes sense because of its ties to the country). So evidently, in my head, I was expecting the Parisian style for buildings, I pictured French cafes and the French lifestyle. Pictures of Toulon or Provence flashed through my head and I expected to feel as if I was walking down the streets of a town in France, but in Martinique.

That wasn’t really quite the case. Martinique was still much more influenced by the Caribbean culture and atmosphere. But the sights were still grand and the attractions still inviting. It was its own gem. 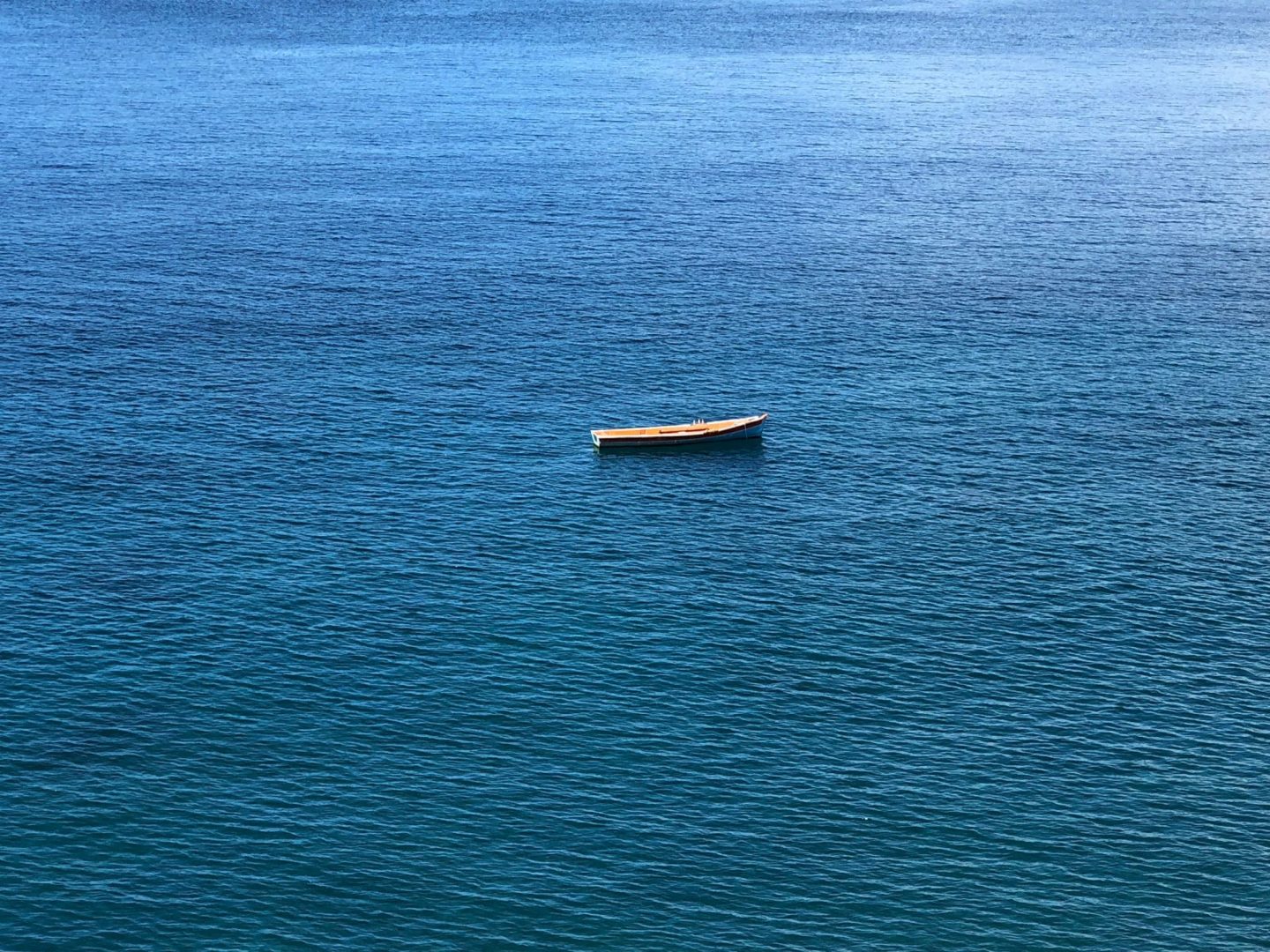 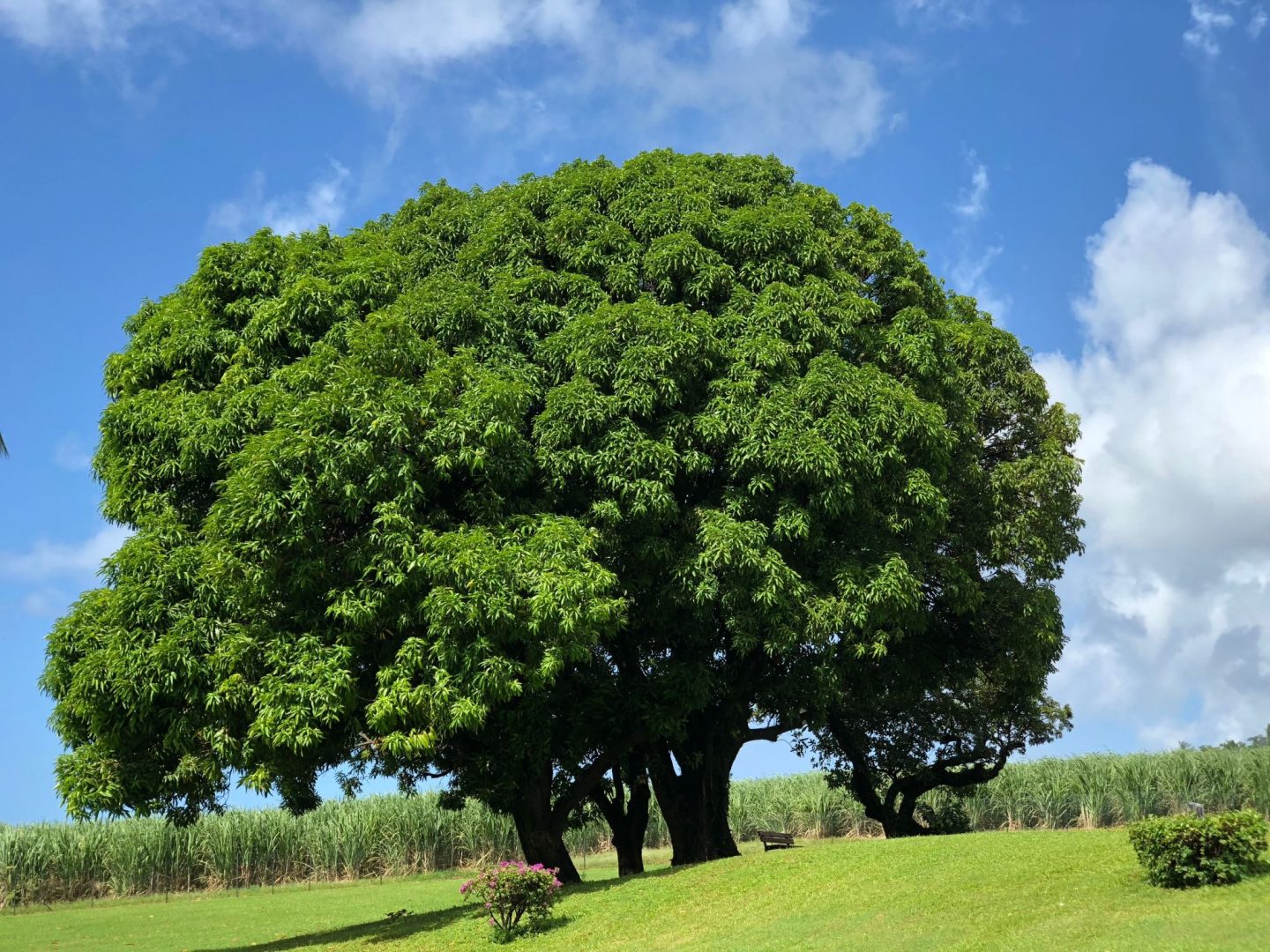 We were booked on another shore excursion for this port. None of us had actually even heard of Martinique before looking through the itinerary for this trip and because of this (and our lack of time to do extensive research), we didn’t really know where to go. What were the best sights? How should we spend our time? We drew a blank for this port. We knew we wanted to explore the land aspect a little more, rather than just lounging on a beach all day, so to avoid complications, we just let Princess lead the way for a day.

The tour first took us to the rum distillery, rum being the most popular liquor in the Caribbean region. 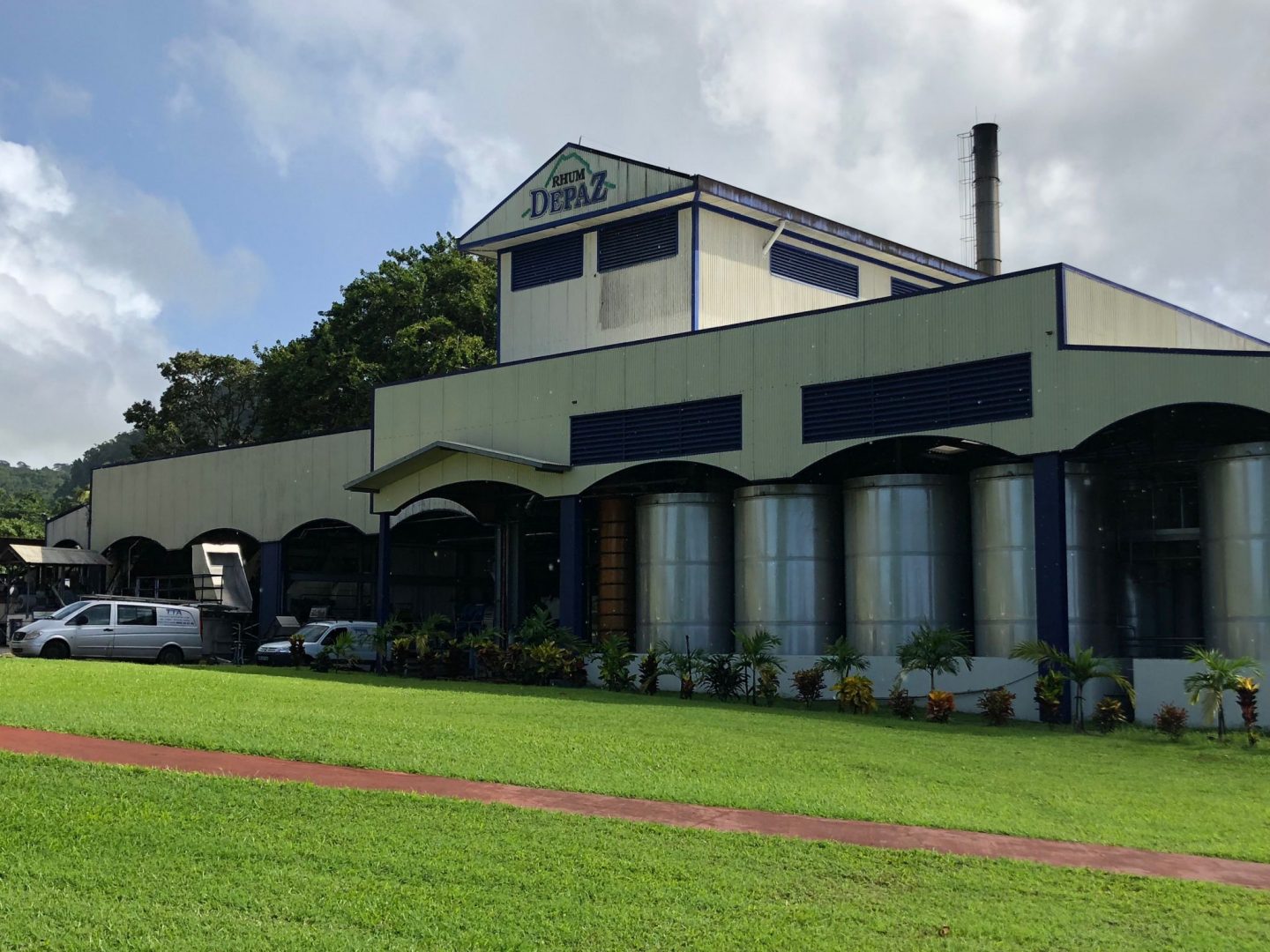 At the distillery, our tour guide gave us a rundown of how the rum was made and we saw all the big heavy metal equipment they used to process it. Then, of course, just like with every rum distillery tour, there was a tasting of rum to end it all off and the usual stop at the gift store. I’ve noticed that’s how they normally do it – they feed you alcohol, get you all happy, and send you to the shop where you’ll happily open your wallet and buy whatever they just gave you in little plastic cups. 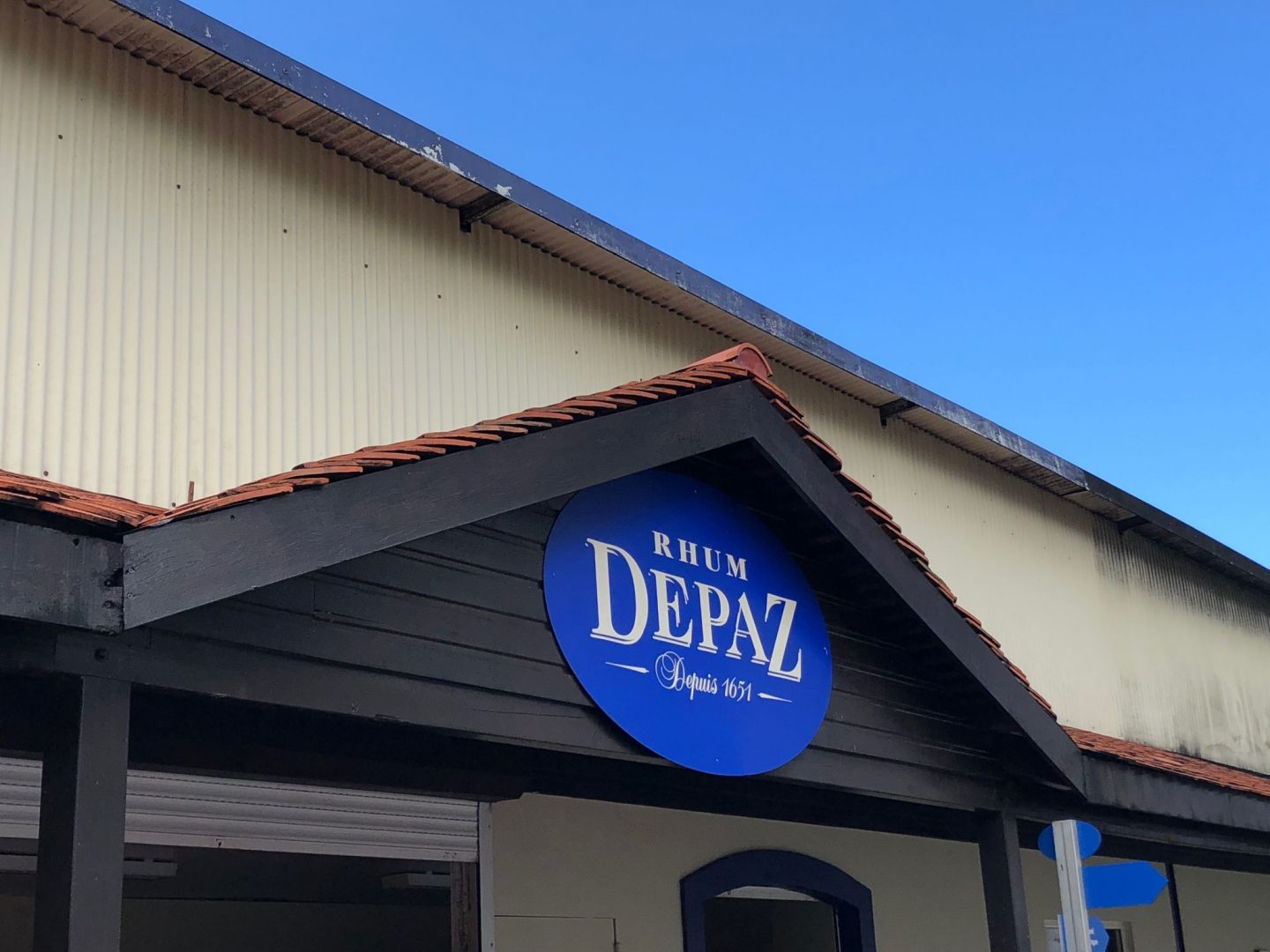 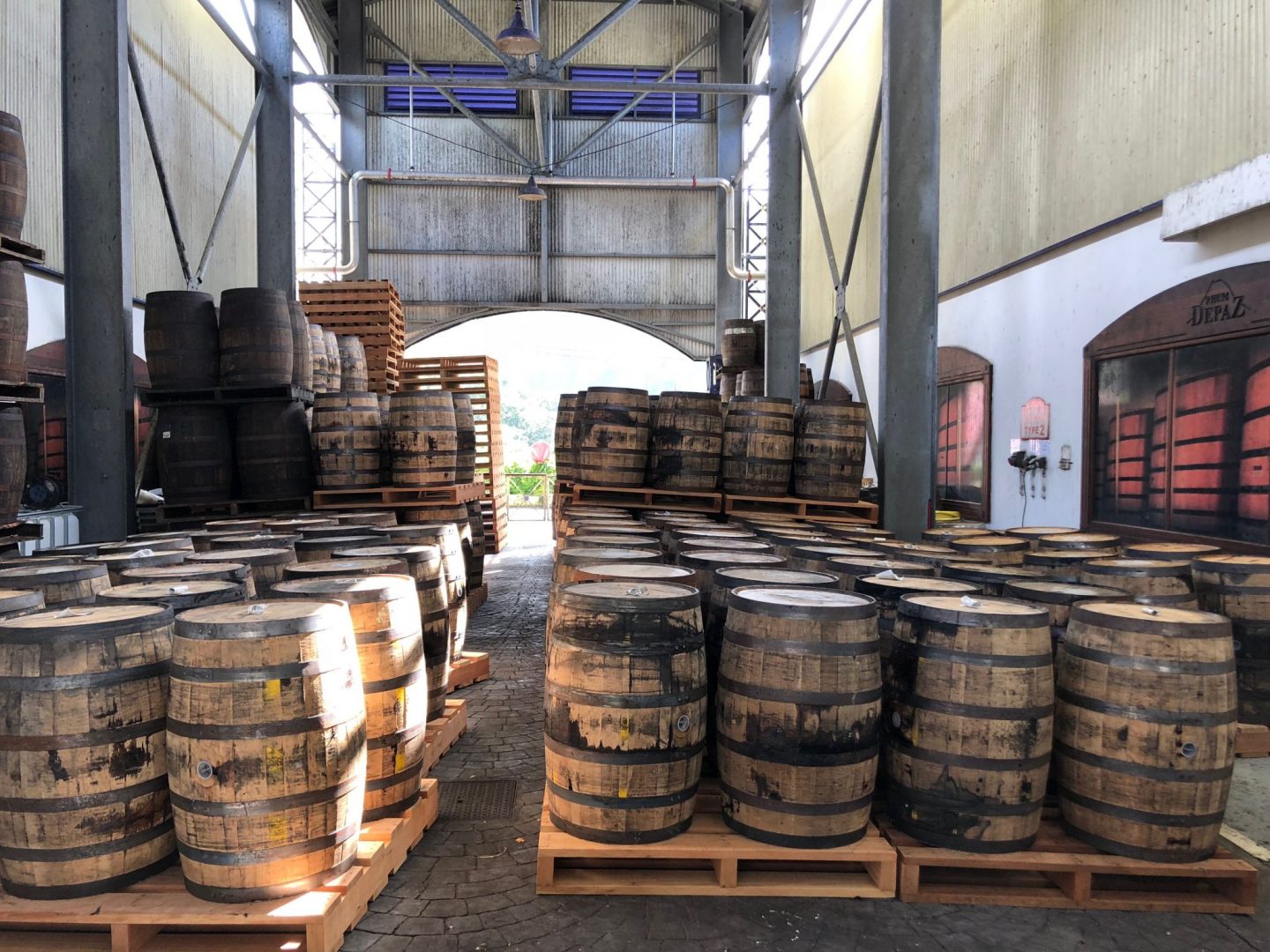 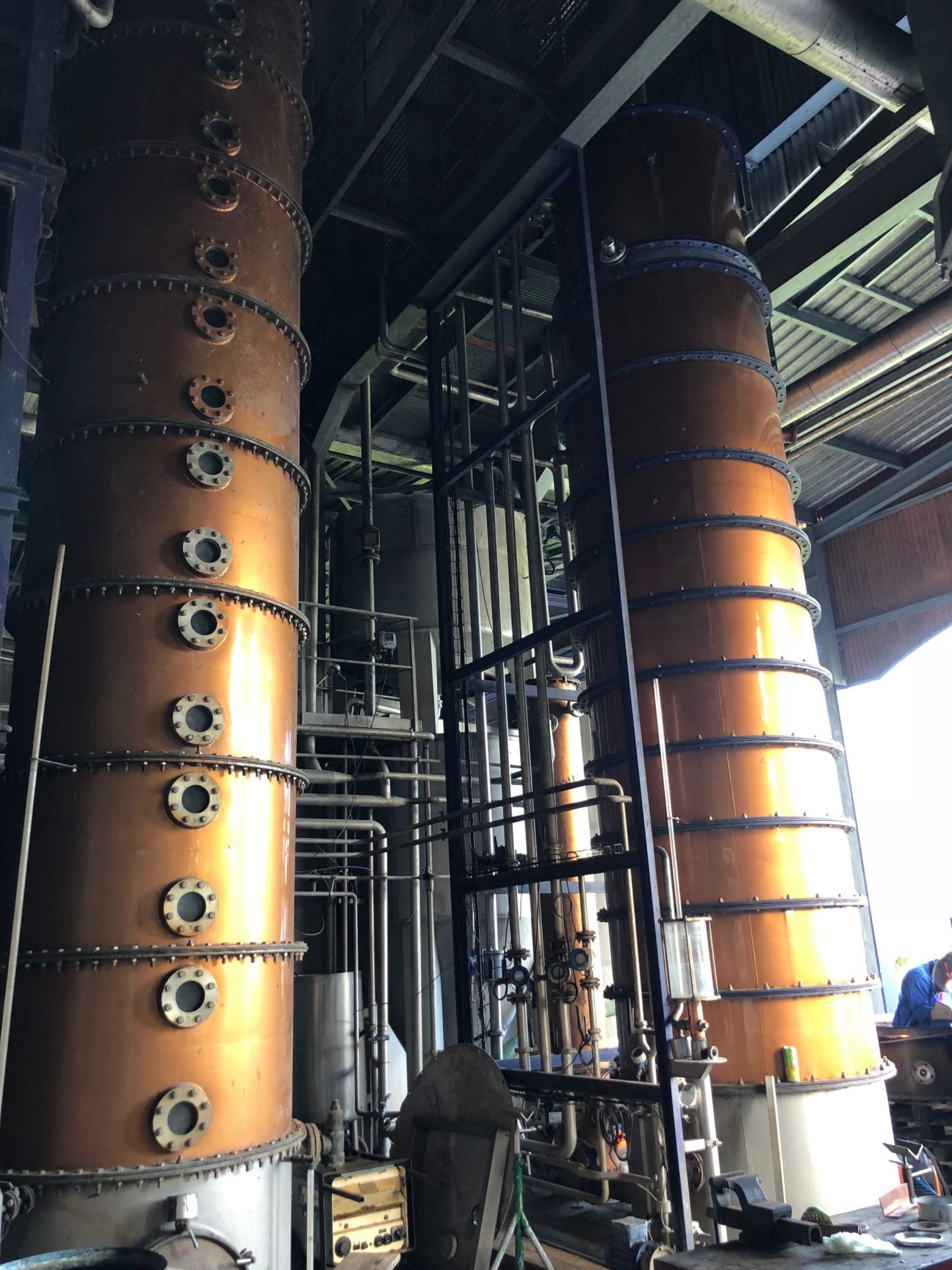 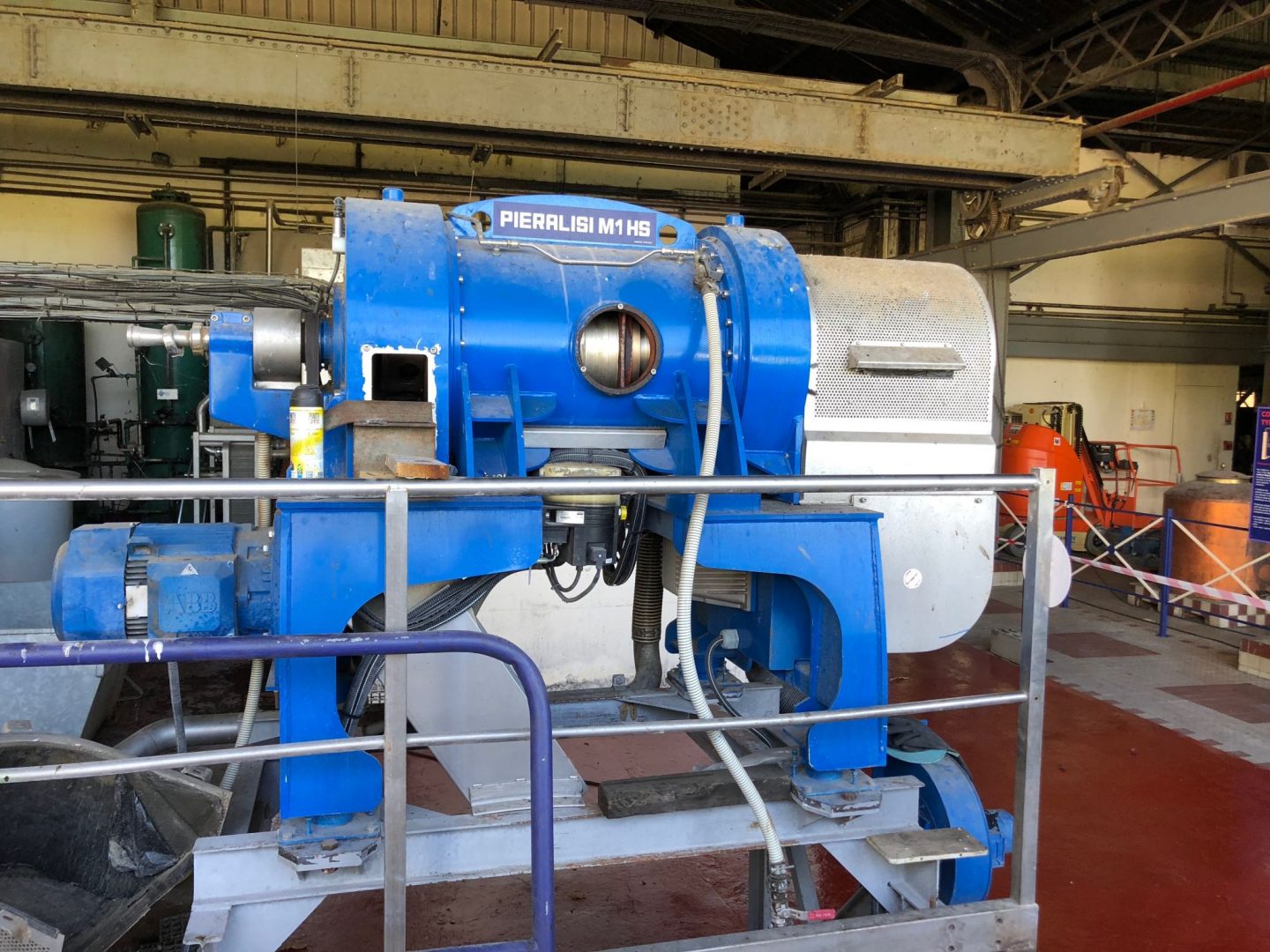 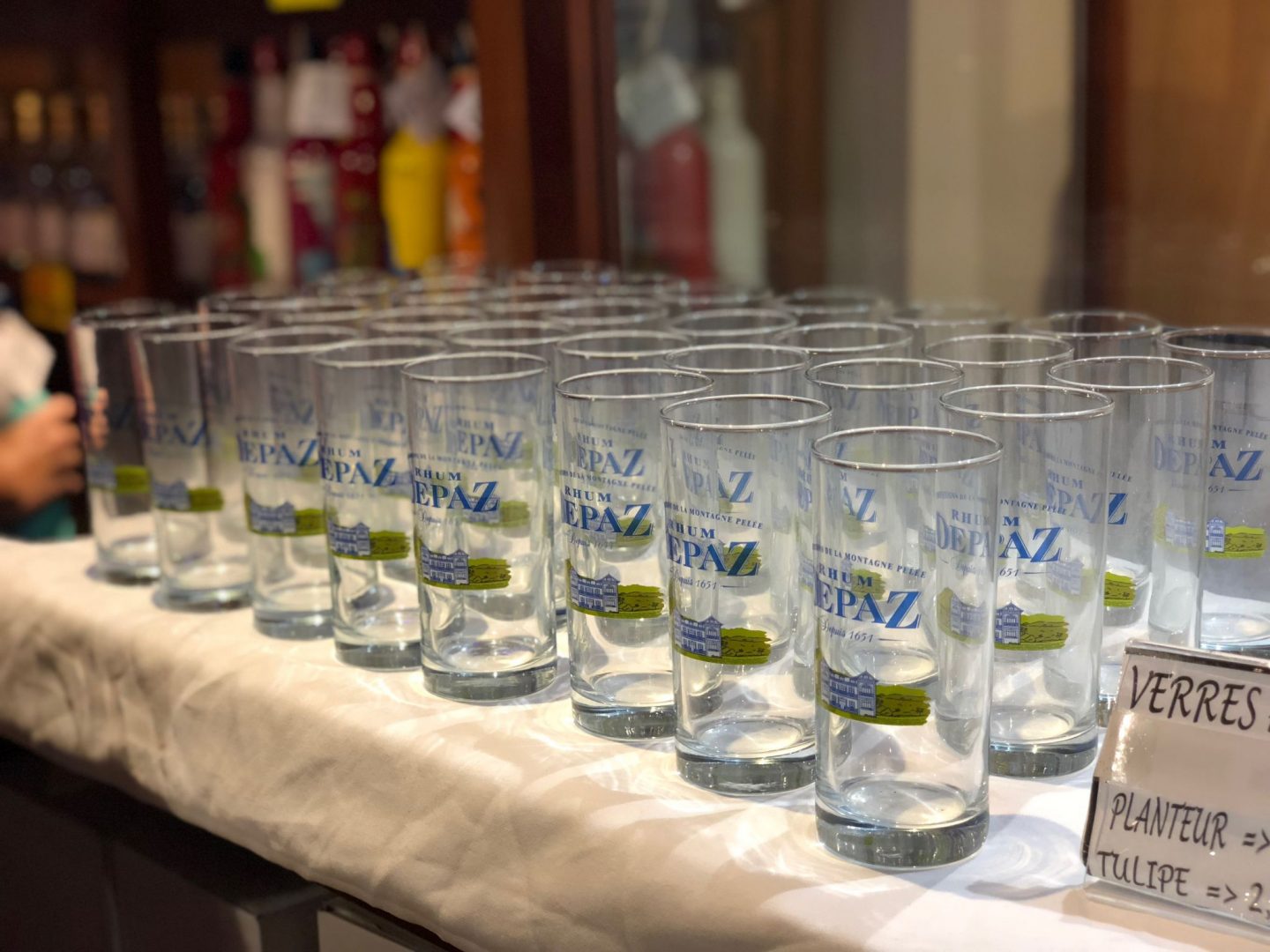 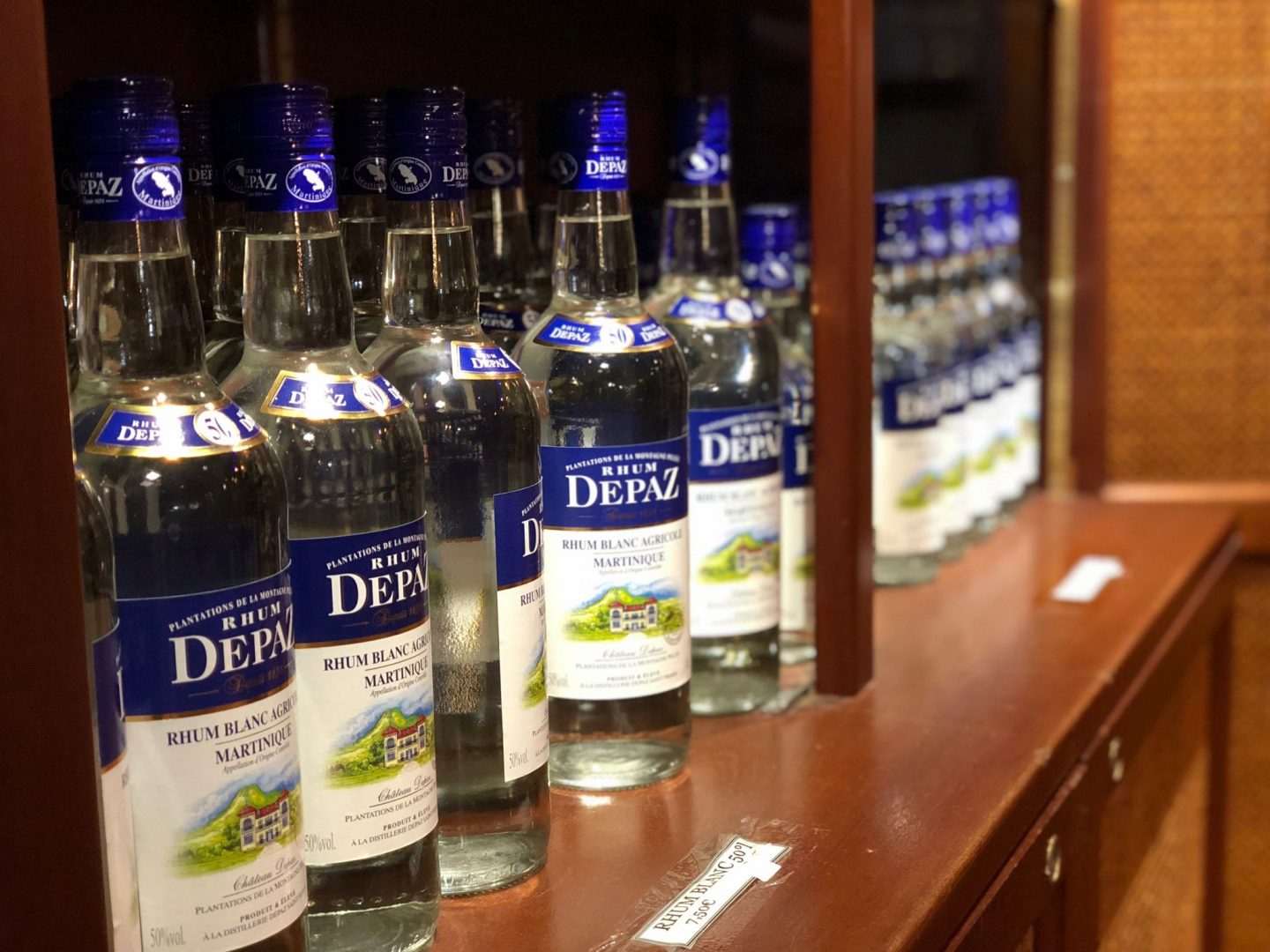 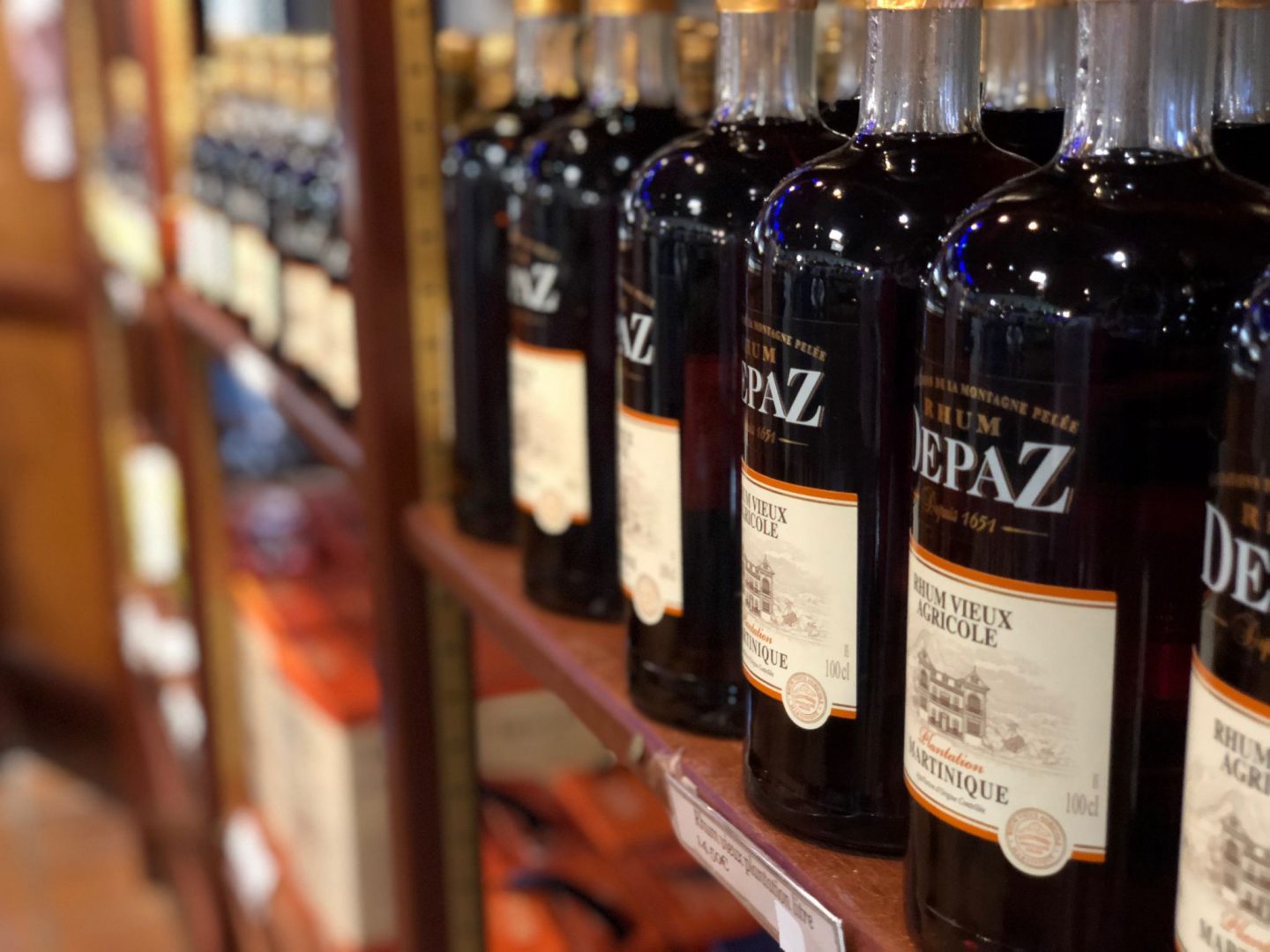 Afterward, we headed to St. Pierre, which was the old capital city of Martinique (Now it’s Port of France). This was going to be our main stop of the day.

St. Pierre was located near Mount Pelee, what is now an inactive volcano. However, back then, that wasn’t the case. In 1902, a huge volcanic eruption covered the entire city in ash and completely destroyed the town. Think Pompeii but on a smaller and less deadly scale.

I was confused as to how the ash could cover the entire city that quickly. We made the mistake and asked the dumb question: “Well, couldn’t they have escaped after they heard the sound of the eruption?”

We were definitely wrong. Apparently, ash travels at the speed of 850 km/hour after an explosion (trivia fact for you). The tour guide was telling us that there’s a video on YouTube that demonstrates all of this – this group of people is talking and they hear the sound of the eruption. Before they even have the time to look back at each other, they’re dead.

So, the tour guide took us around the ruins, similar to how Pompeii looks. It was what they could recover after they dug it all out and it remains to be a very popular attraction. 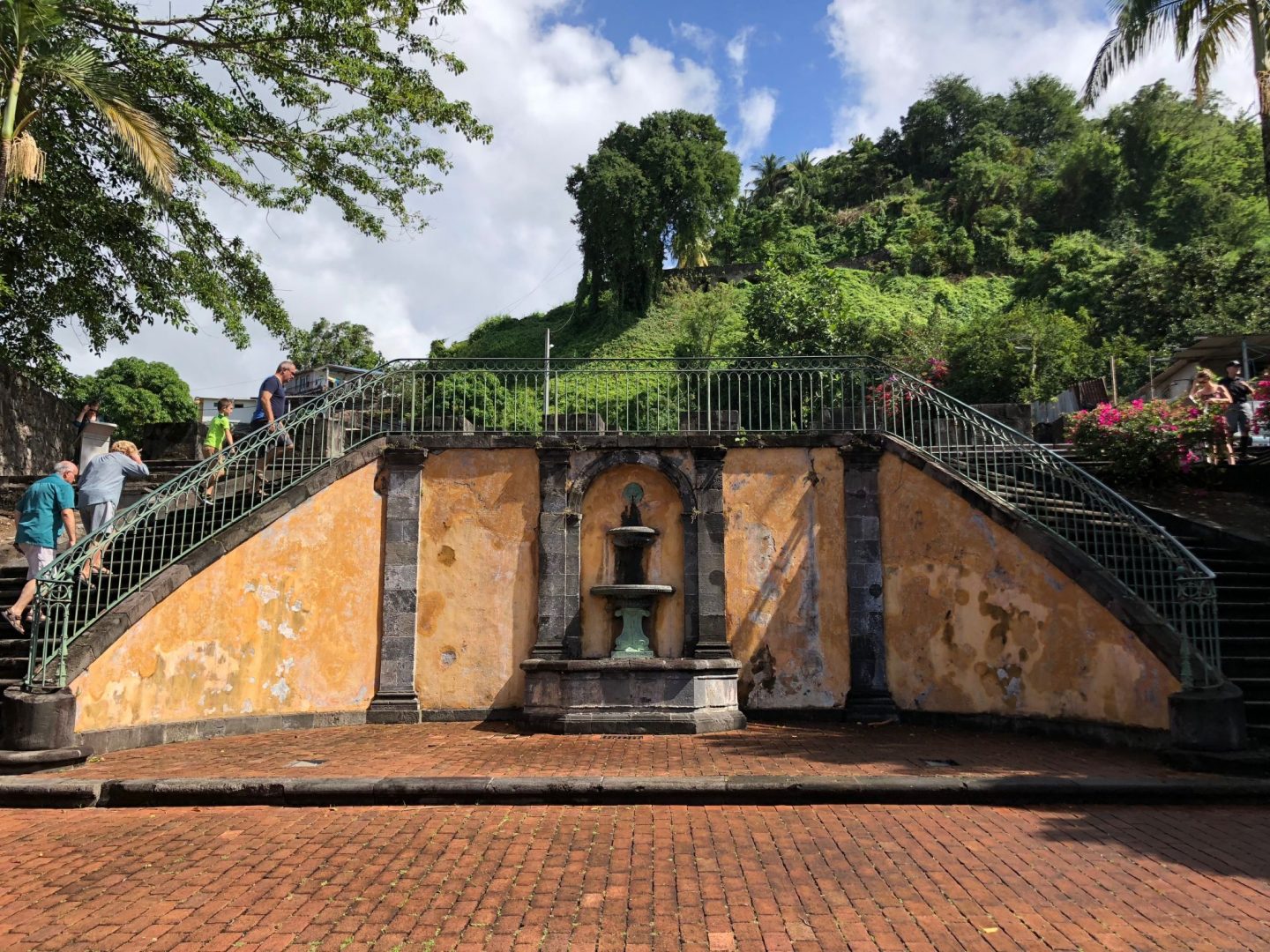 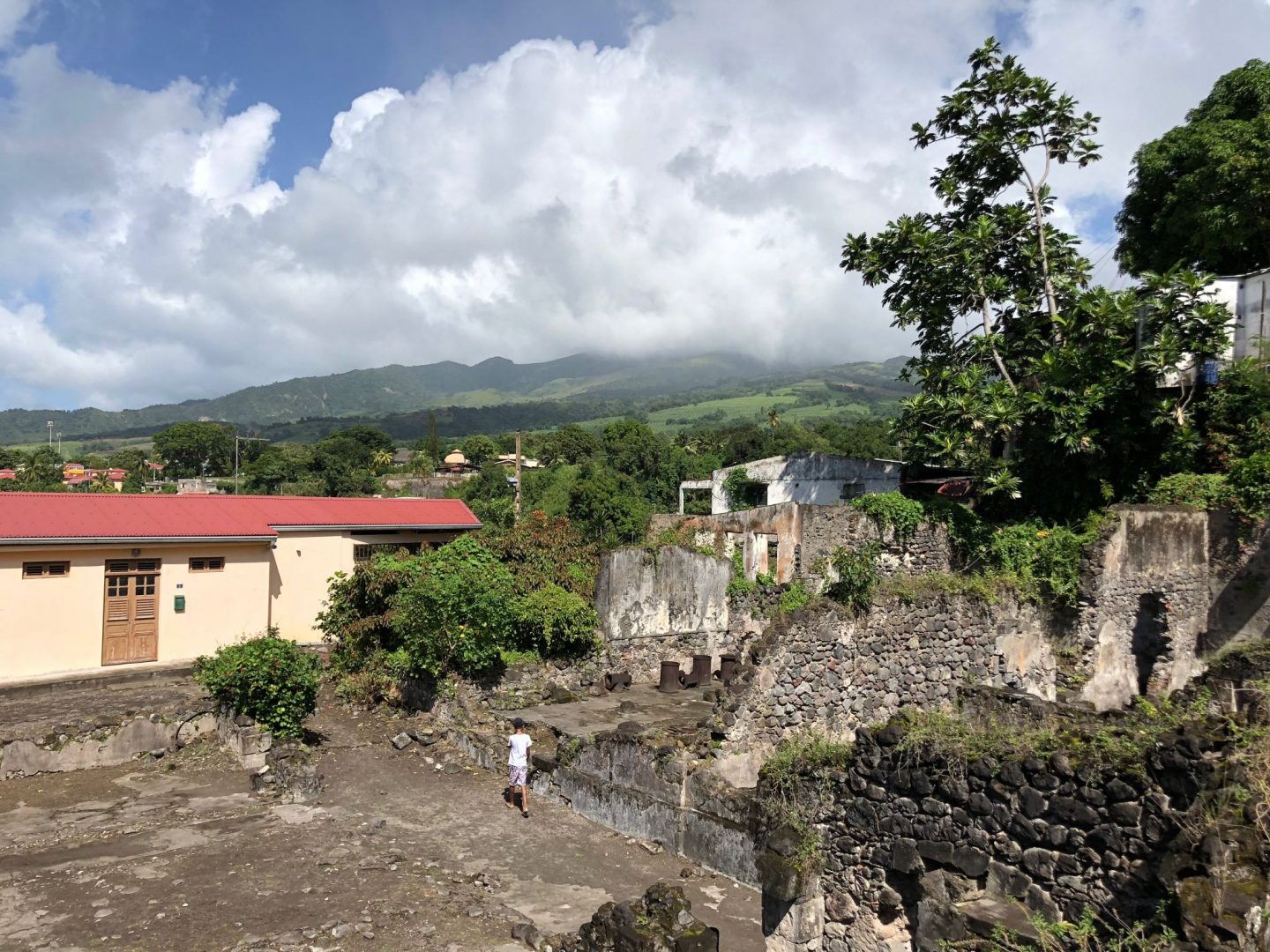 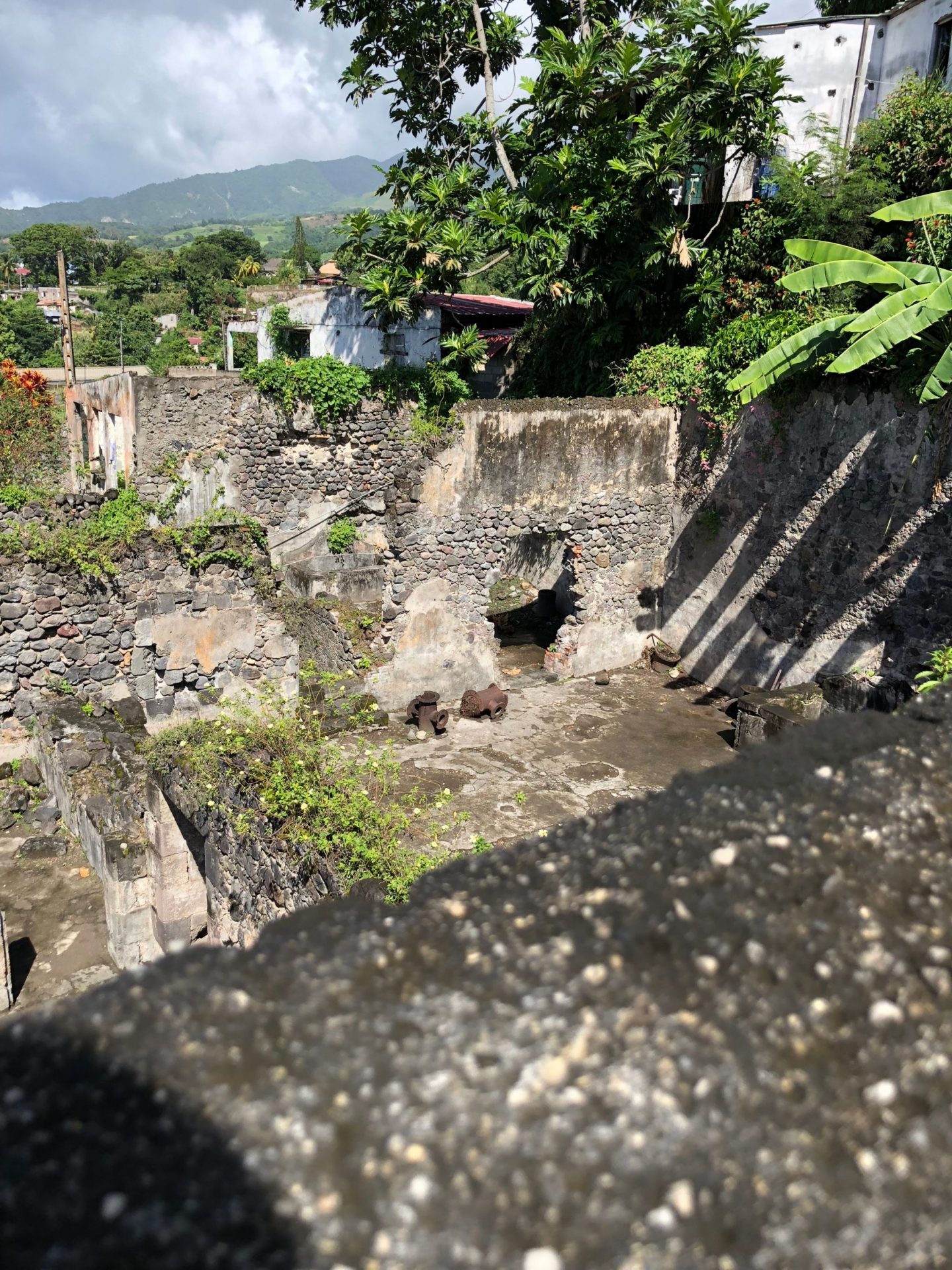 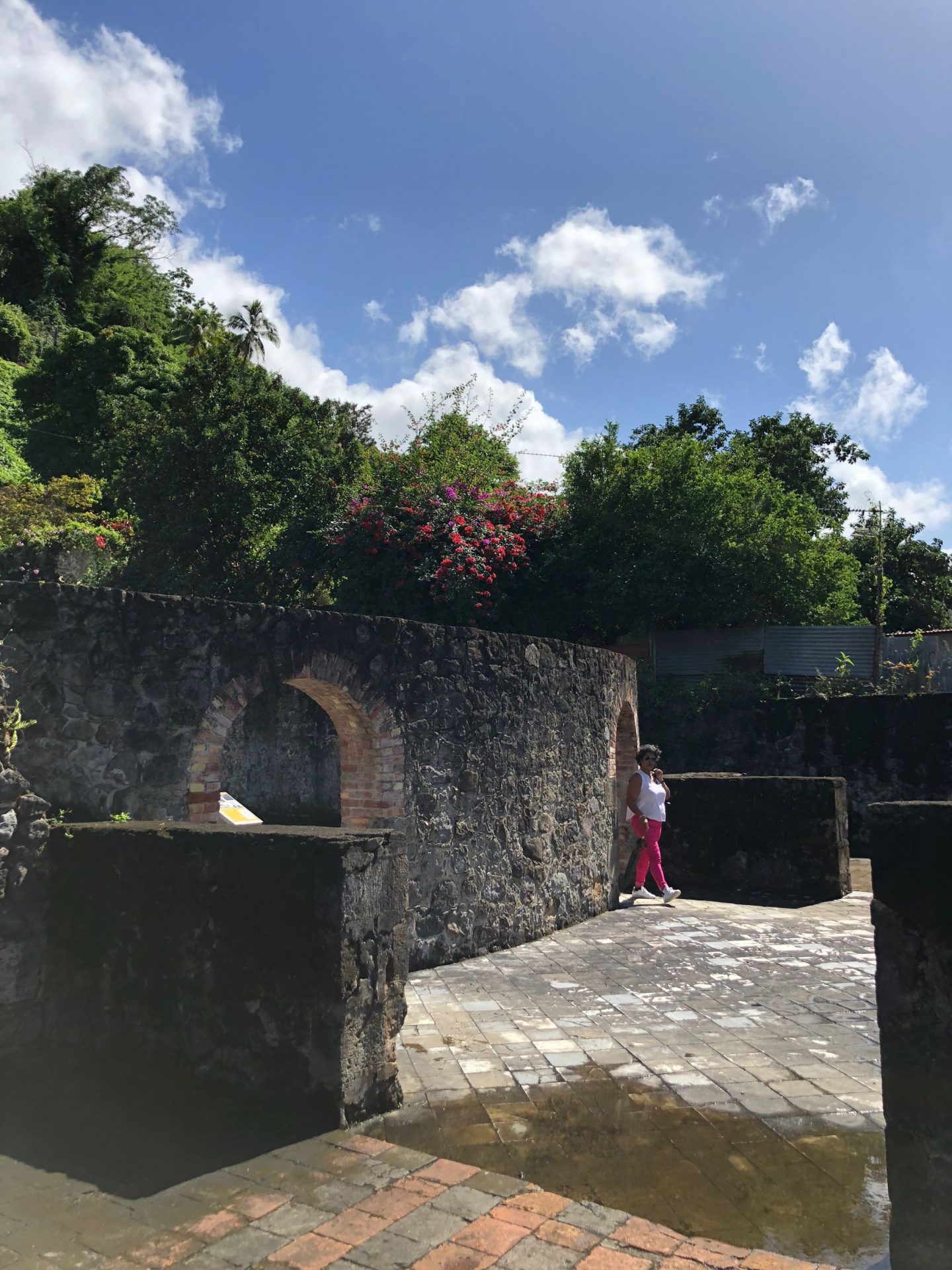 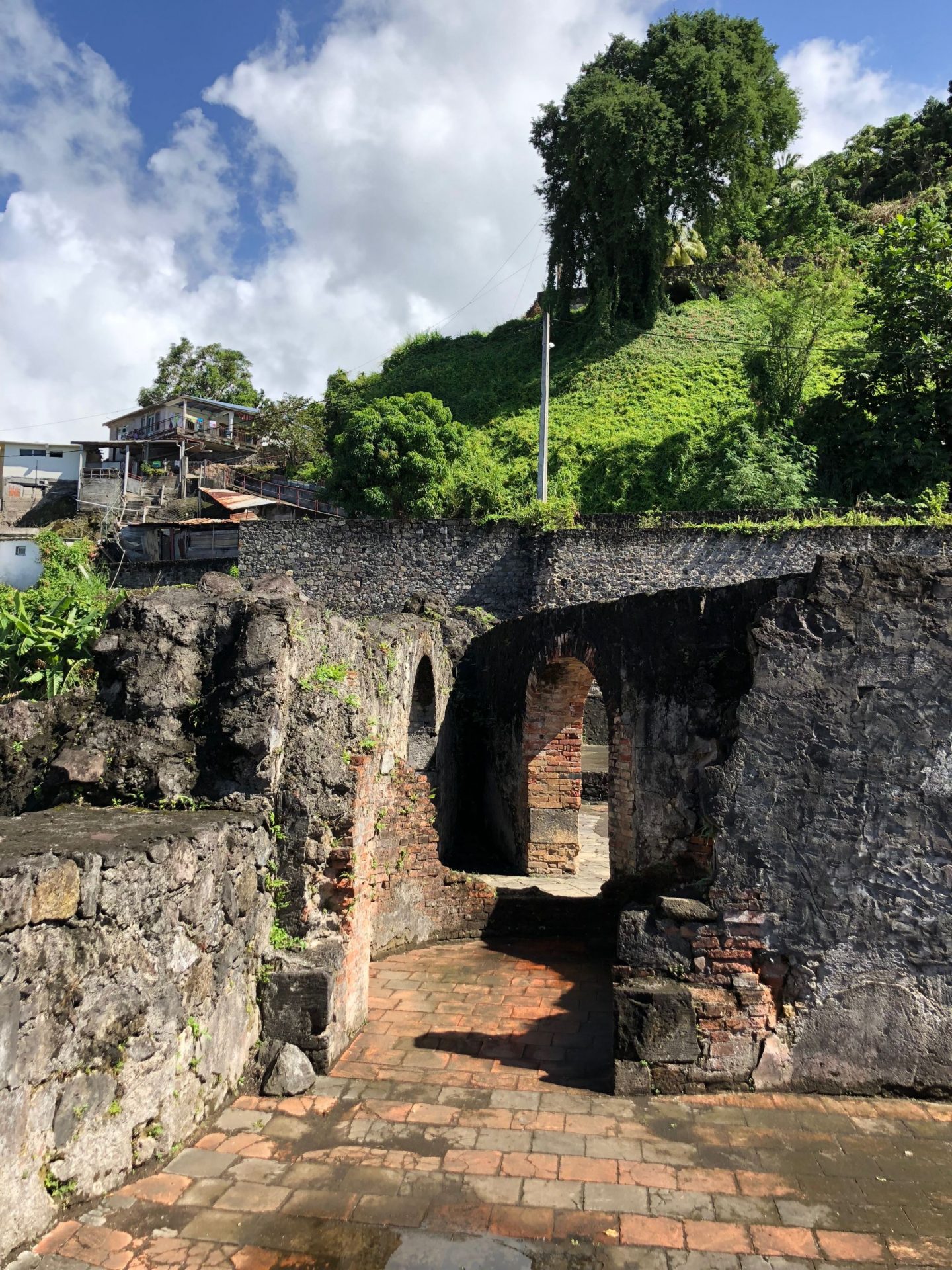 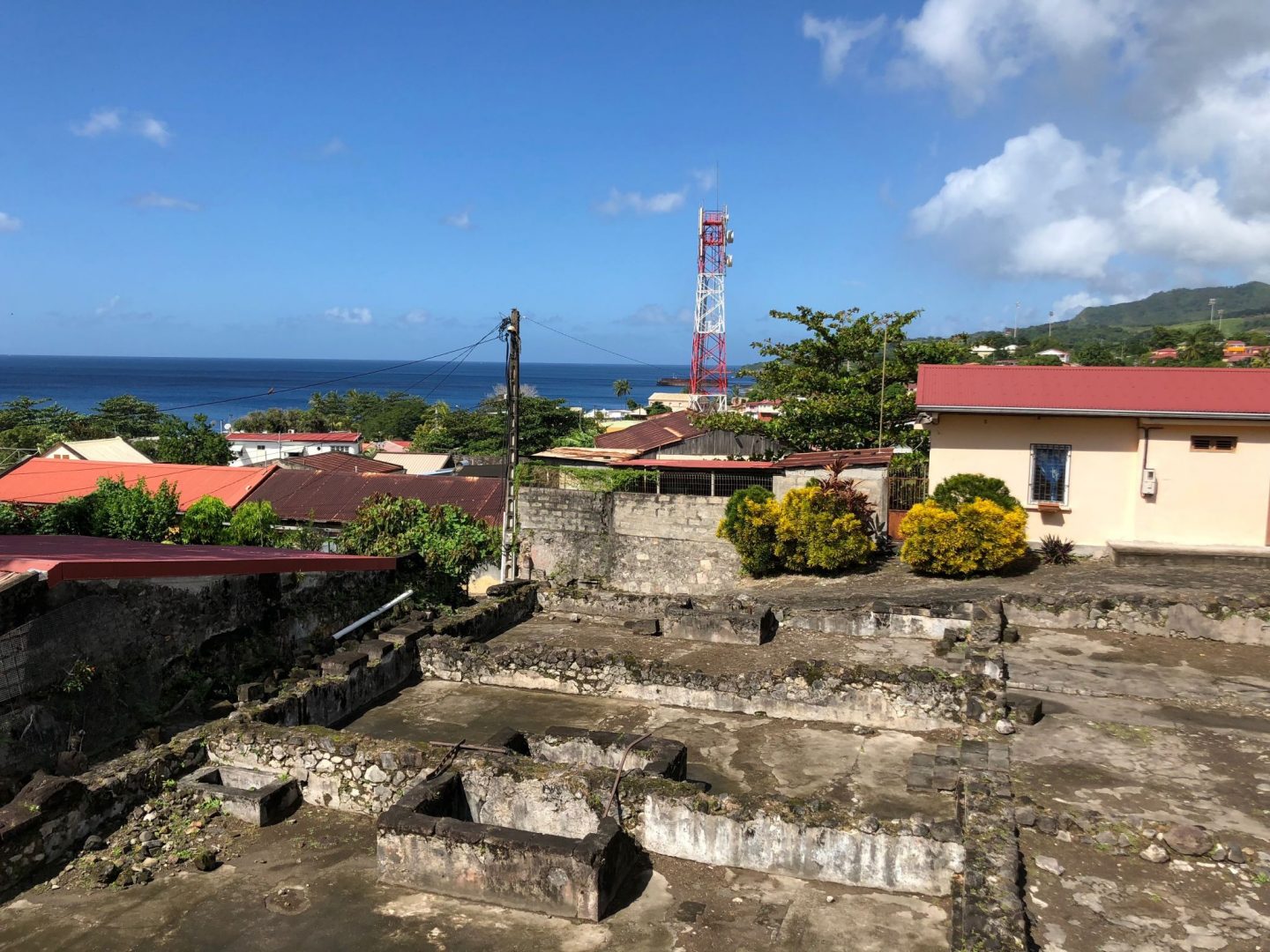 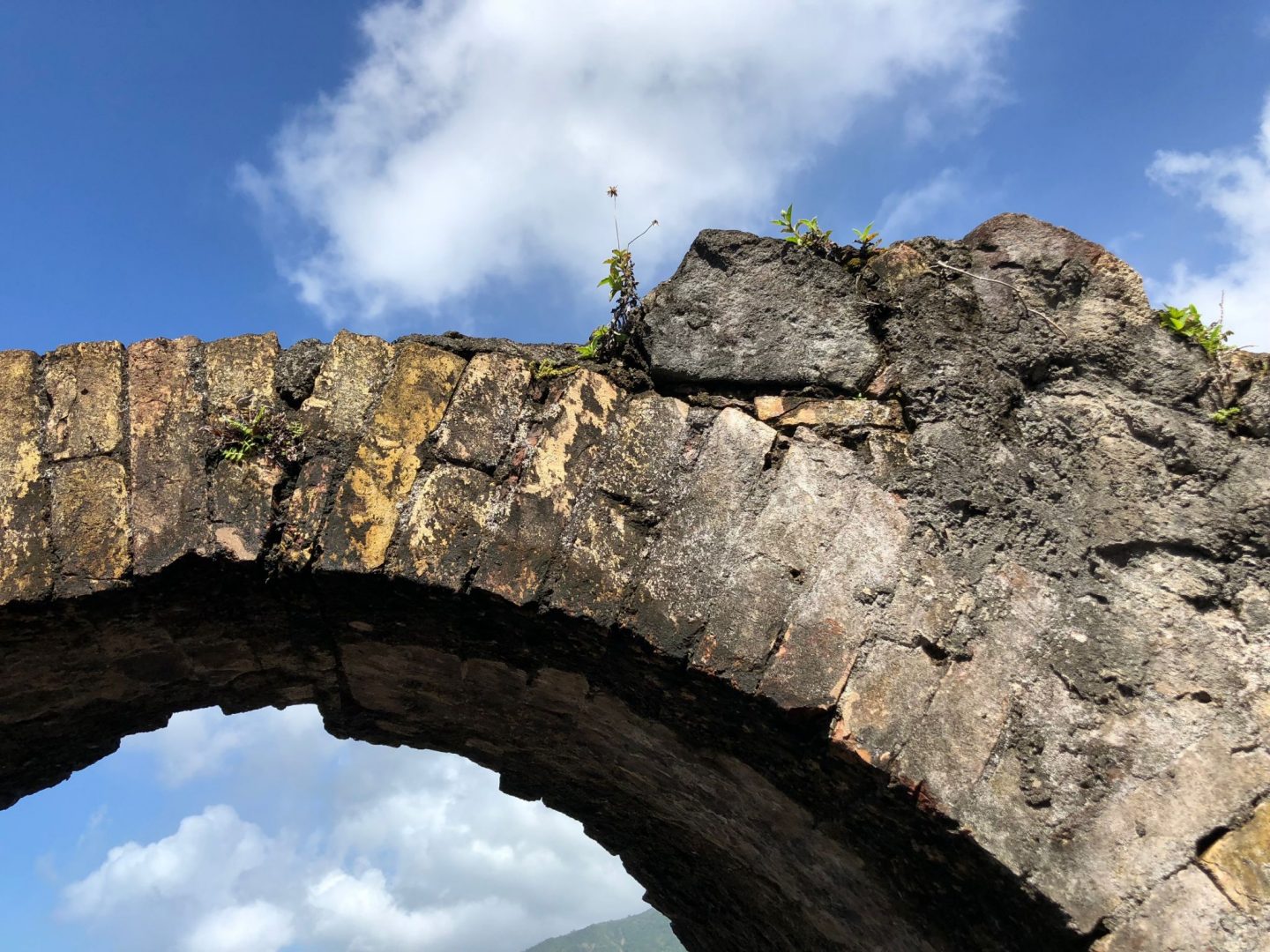 One of the most notable sights is the prison cell. Cyparis was one of the only survivors at that time. Why? At the time of the eruption, he was a prisoner in the little cell off to the corner. The very reason he survived is that the stone cell was built in such a way that ash could only get in slowly over time and this is what allowed me to continue to breathe and have oxygen. After he was discovered a couple days after the explosion, he went on to actually tour around in circus where he would display his burns as an “attraction”.

That was a lot to see in a day, but it was exciting. The Caribbean is great for the sun and the sea and all but there is still a lot to see and some history and a lot of culture for each port. Of course, cities in Europe have a much more extensive history in comparison, but there’s stuff you still don’t want to miss out on land when you visit ports like these. 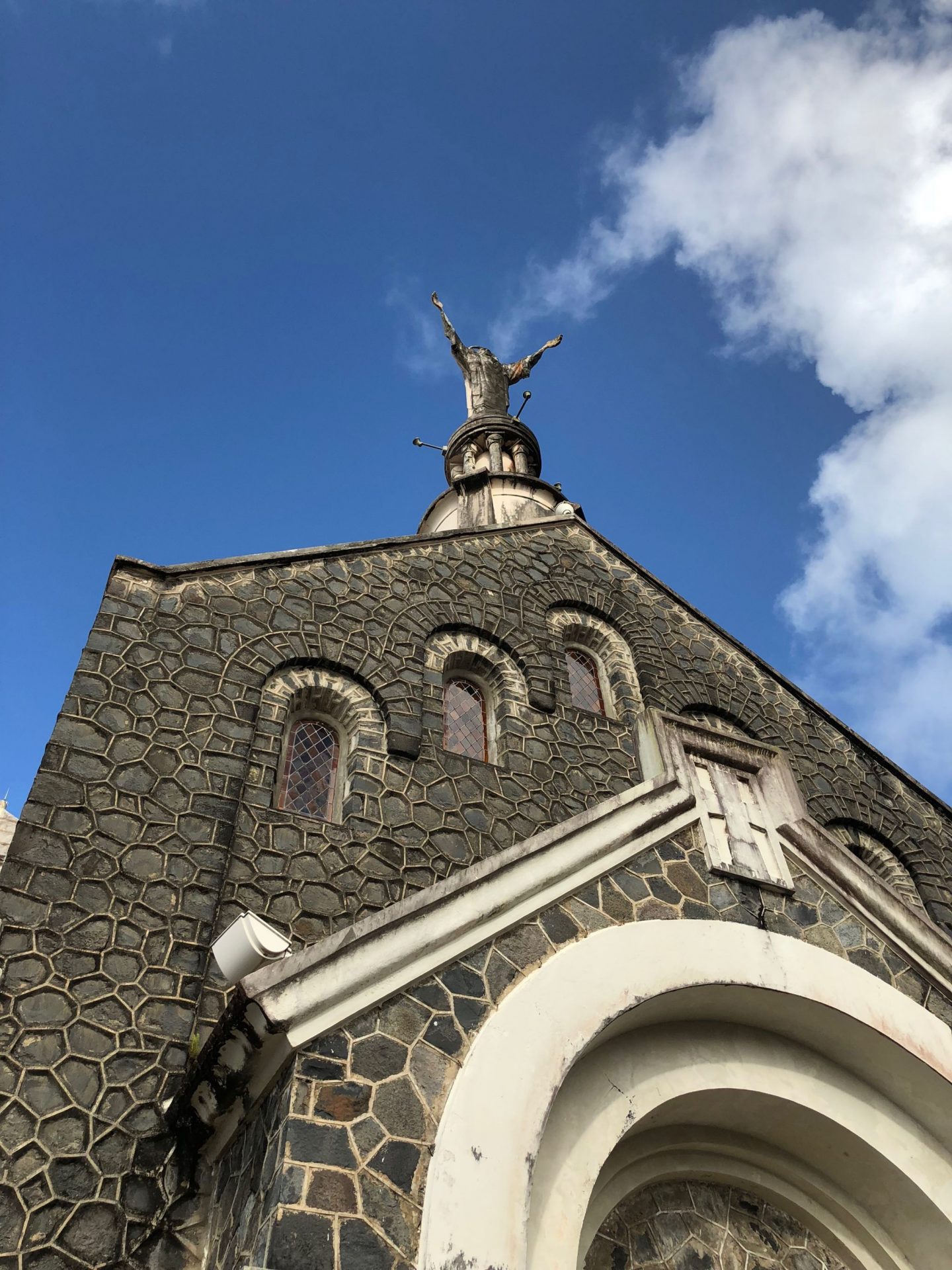 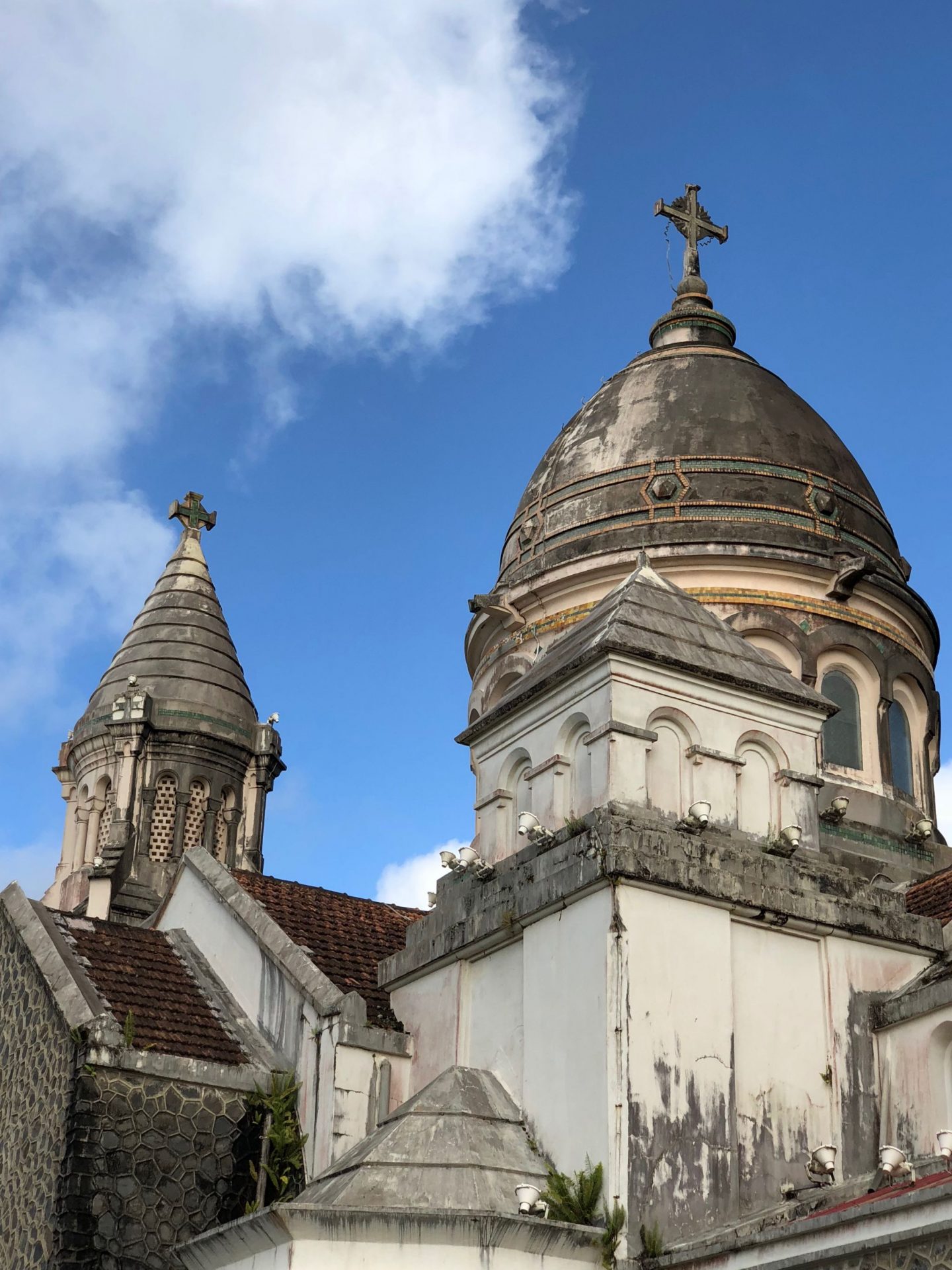 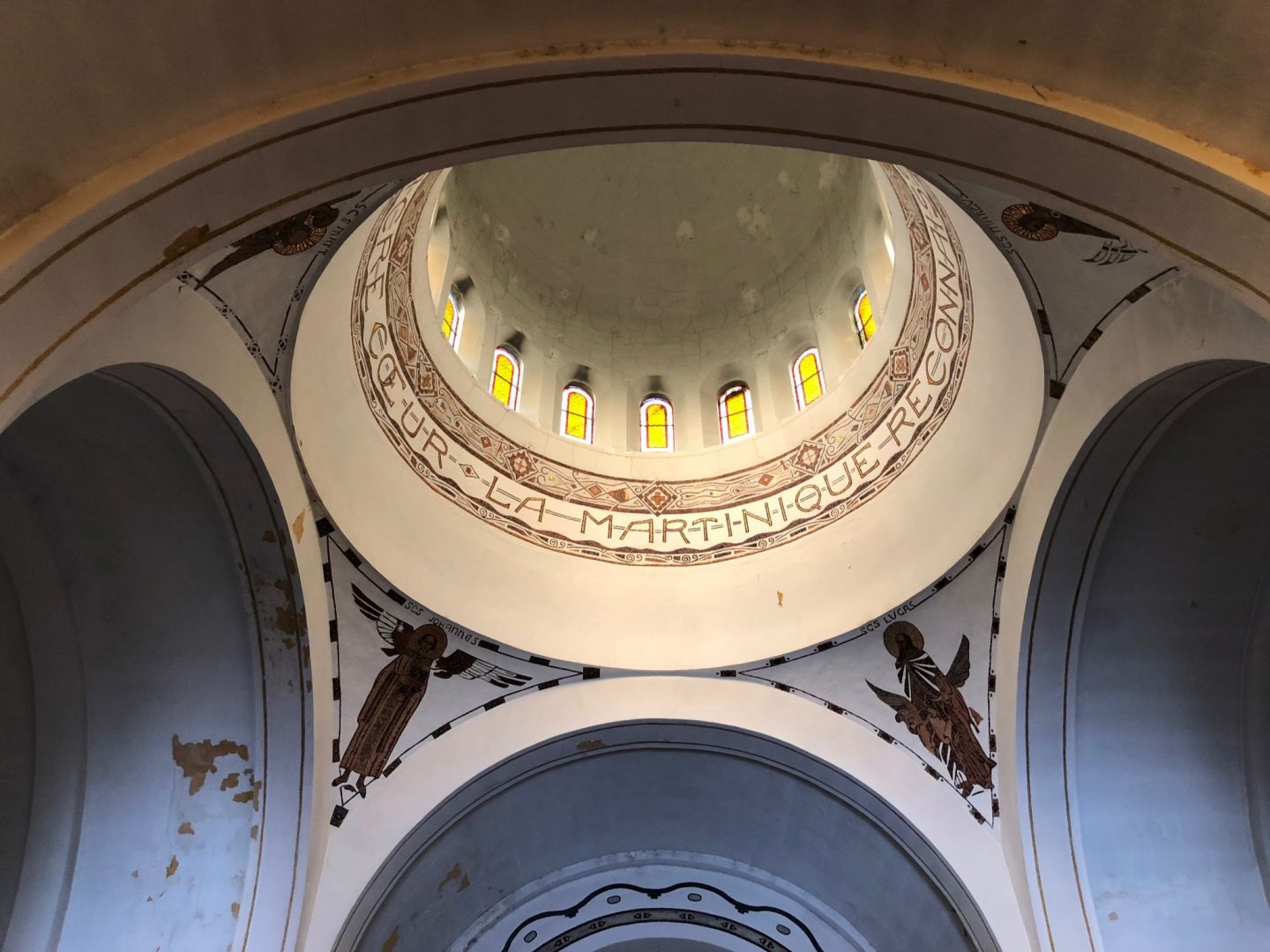 Brains brimming with new facts and a look into the past, we headed back to the ship, tired of the adventure we had gone through, but just like with the end of all the previous days, we were ready for the next one.