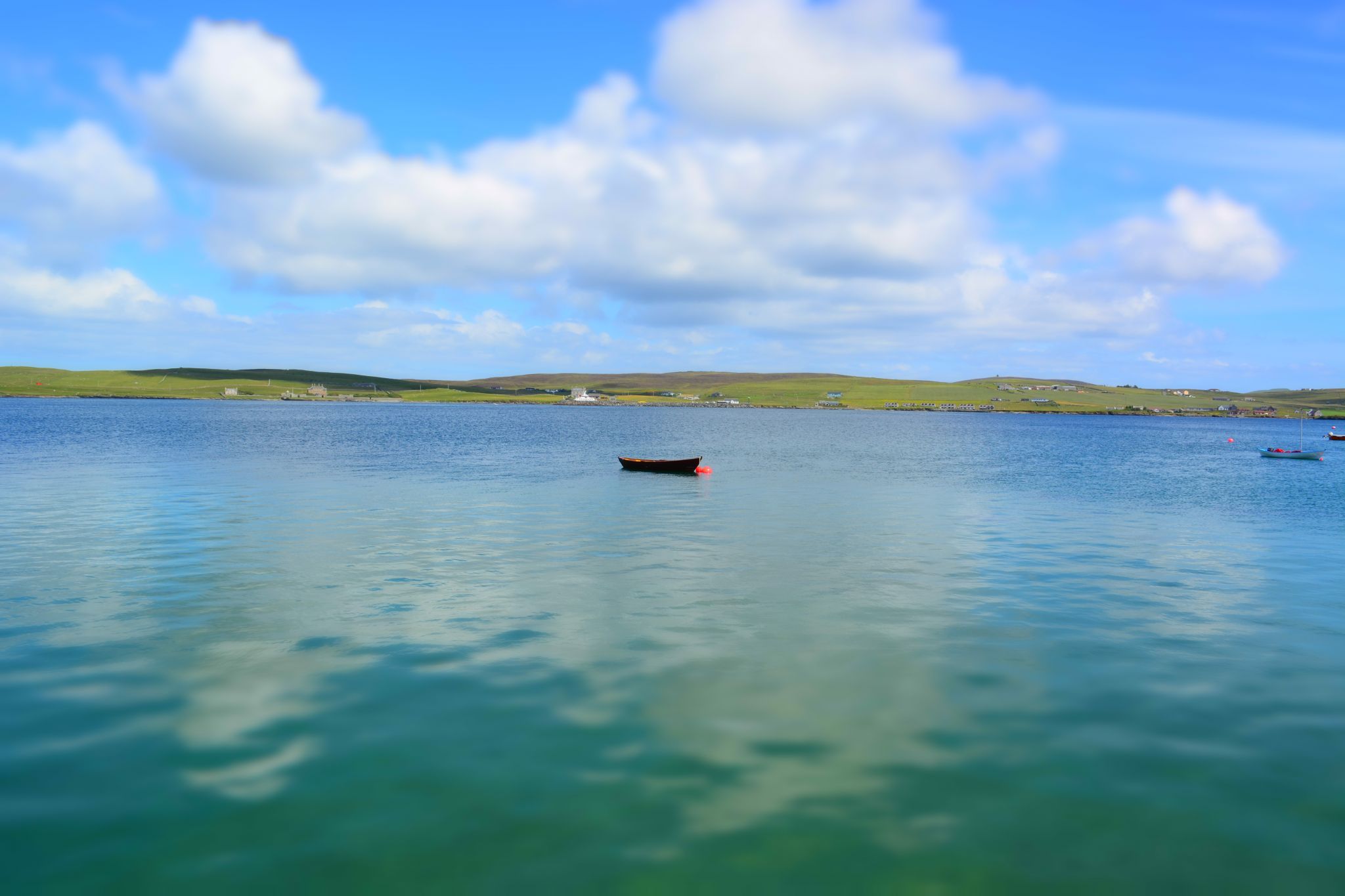 And now onto Lerwick, the capital city of the Shetland Islands. These islands legally belong to Scotland, but they actually bear more resemblance to Norway and the Norwegian culture. The islands are only about 566 square miles large, and the population reached a total of 23,210 back in 2012.

Lerwick and the Shetland Islands, in general, are notorious for bad weather. All they get is rain, wind and any of the other terrible natural elements. According to the locals, they only get about 3 or 4 sunny, temperate days a year. We got one of them. Yes, I still can’t believe it either, considering our luck with the Northern European weather so far (I still have a couple nightmares of weather from our Norway trip last year). What’s even more surprising is that we had the best weather in Lerwick out of all the ports. The weather was absolute perfection that day. Sunshine, blue skies, just a couple clouds in sight. It was a good break from the gloomy weather we had had, and the weather we were going to have. 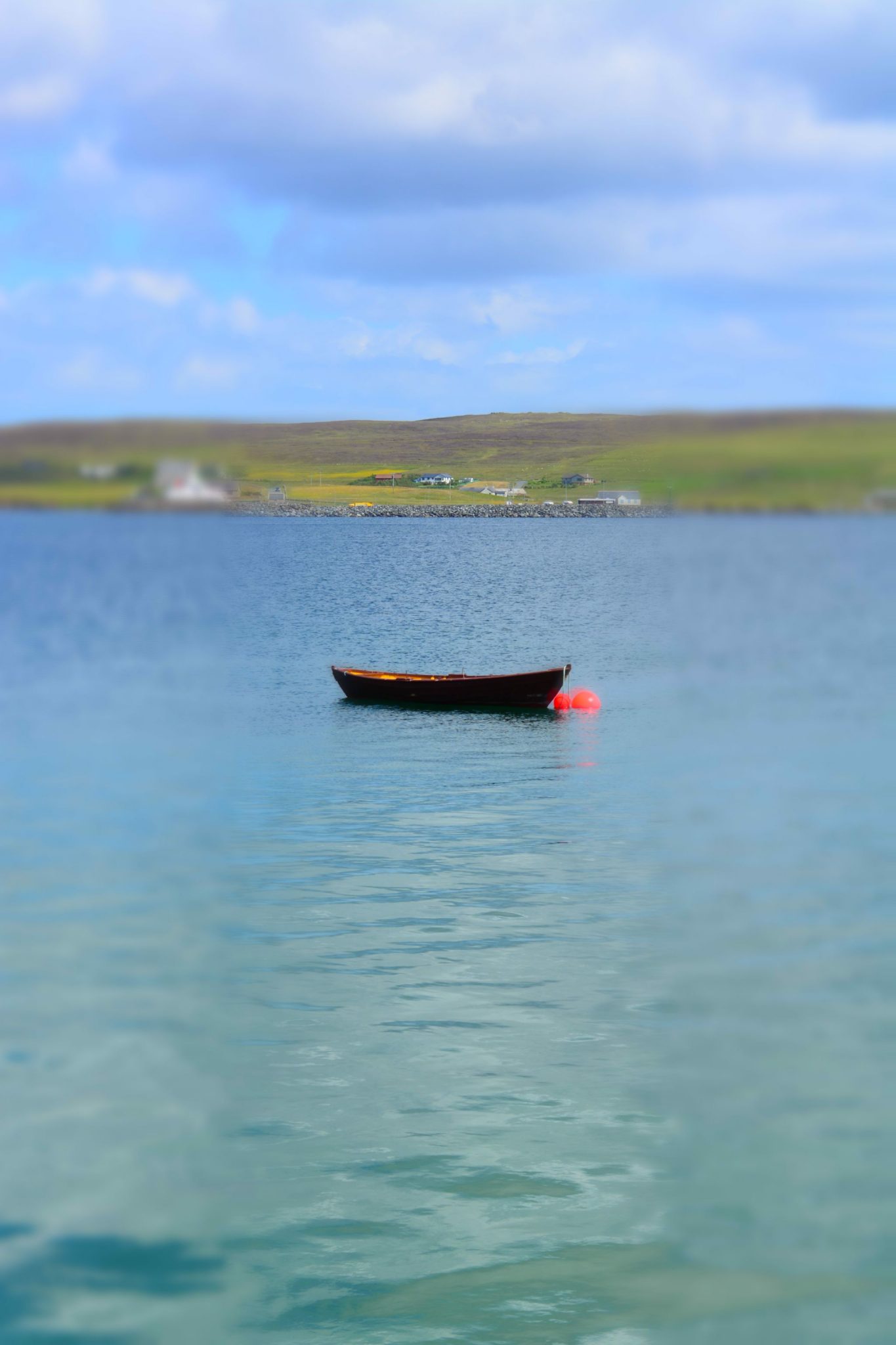 We hopped in a car and drove to the west side of the Shetland Islands (Lerwick is on the east side) Apparently, no matter where you are in the islands, you’re never more than 4 miles away from the ocean or sea. The islands are incredibly narrow, which made it a short drive over.

We drove up to Scalloway, one of the towns on the west coast. Scalloway also used to be the capital of the Shetland Islands, before Lerwick took over in 1708. We took more of the scenic route and got to see the lush green landscapes. Along the way, we even stopped to say ‘hello’ to a couple Shetland Ponies. 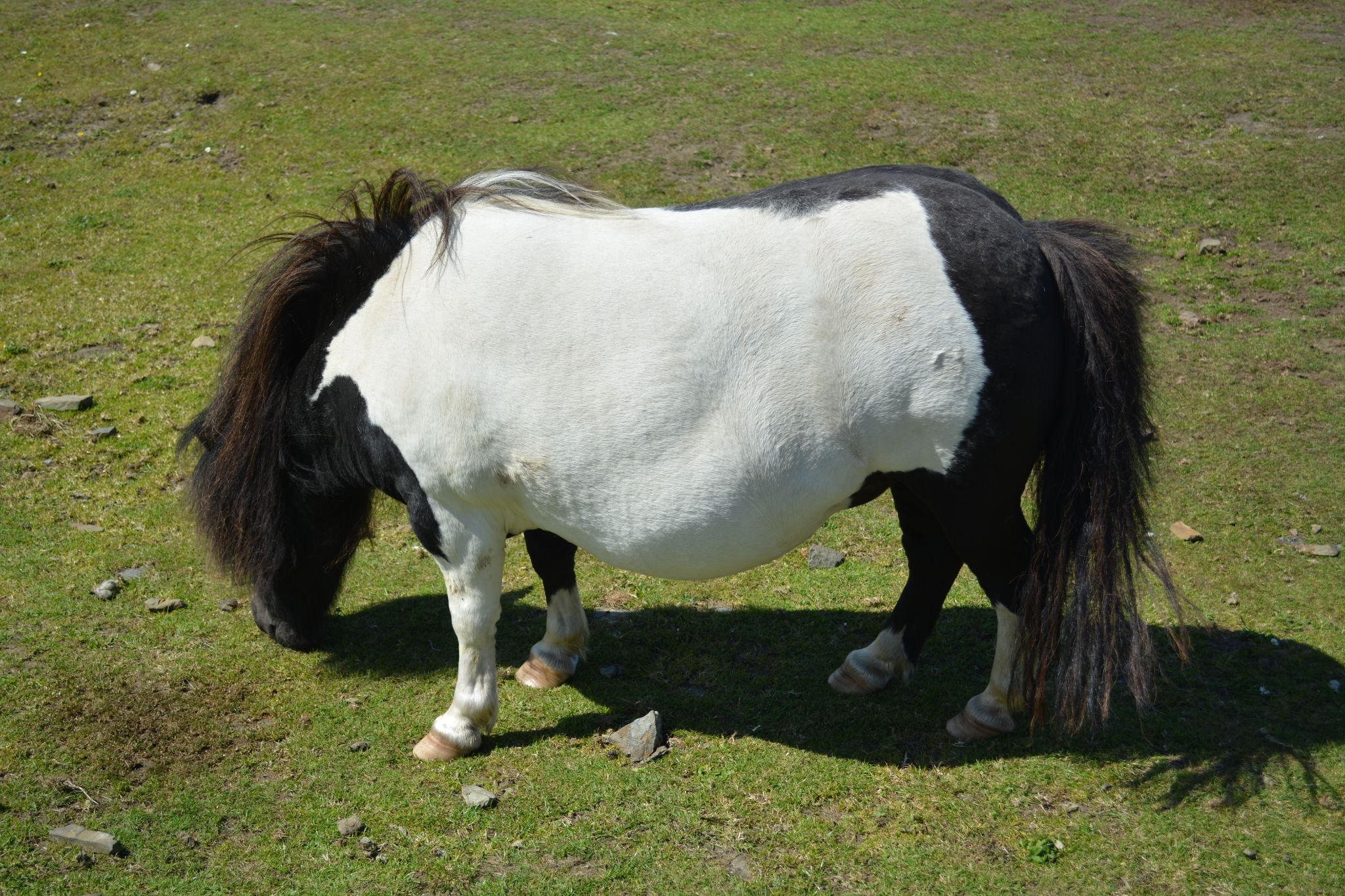 These ponies are very short in stature, have fat stomachs, and have very stubby front and hind legs. But this is what undoubtedly what makes them cute, and that is definitely all that matters. 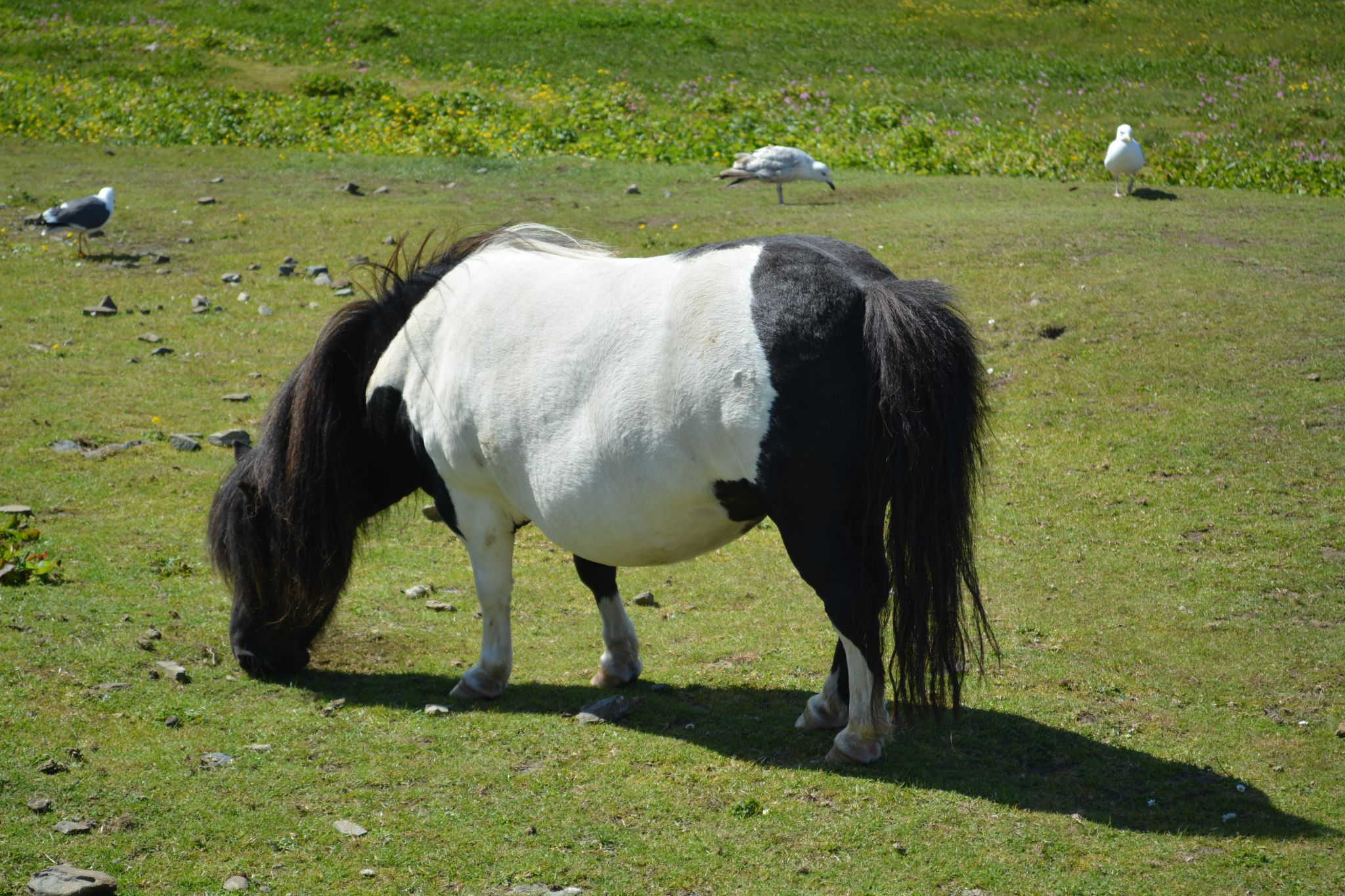 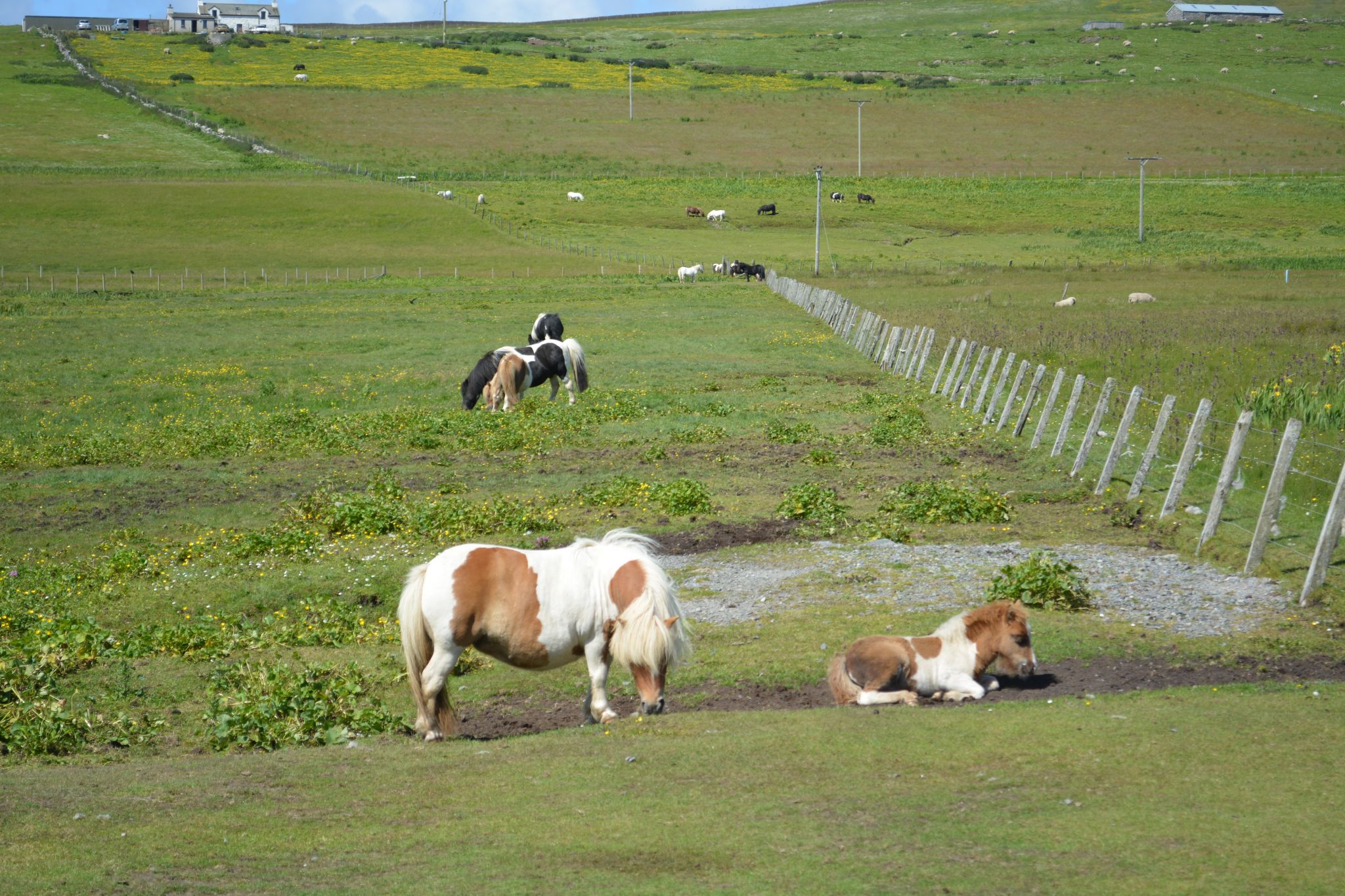 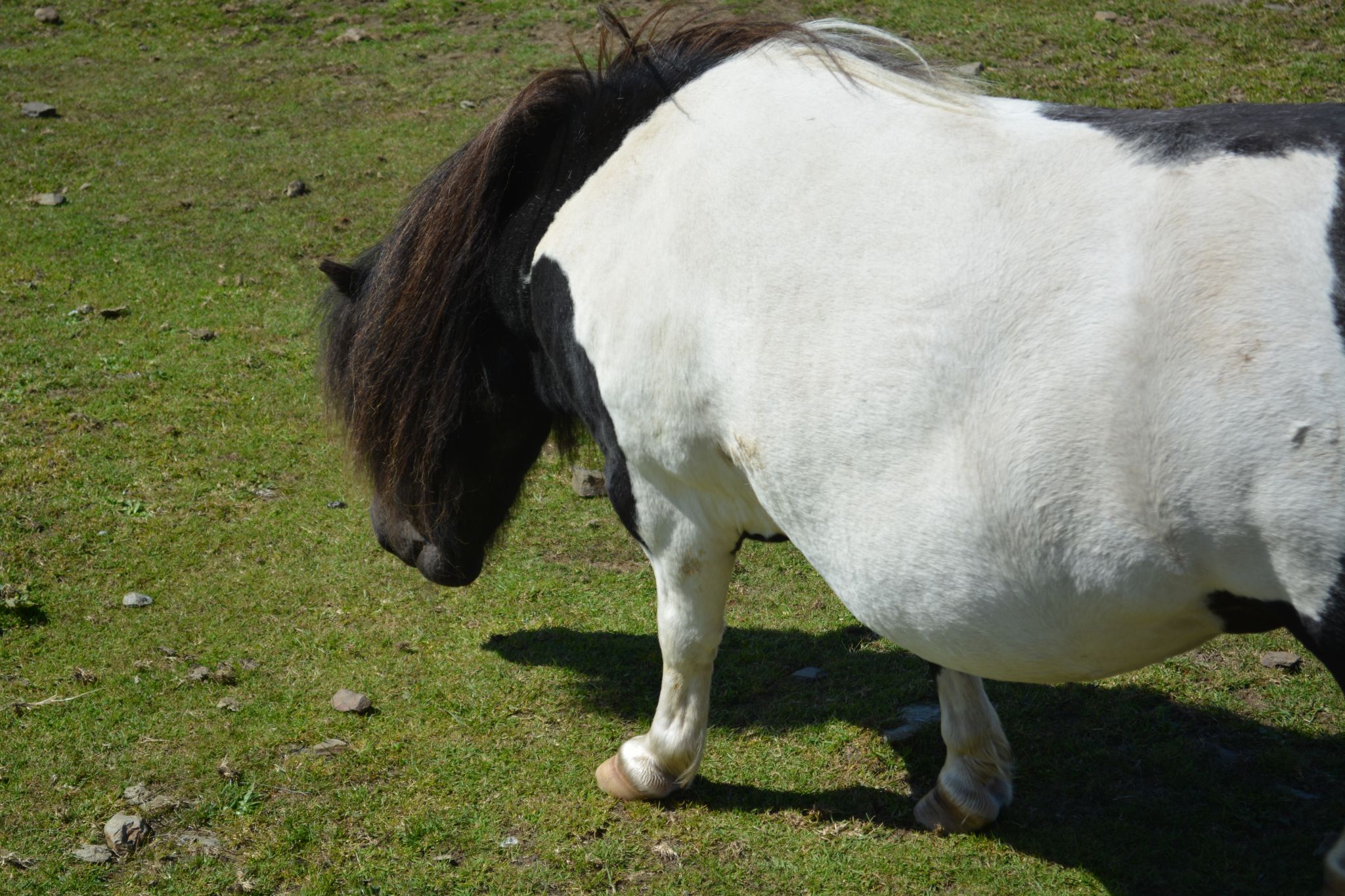 As you can see in the pictures, we even got a glimpse of a baby Shetland pony.

After the sightseeing, we drove into the main part of the town and what is known as Lerwick’s downtown area. This was a downtown that looked like it was left untouched and unchanged after the 1900s. 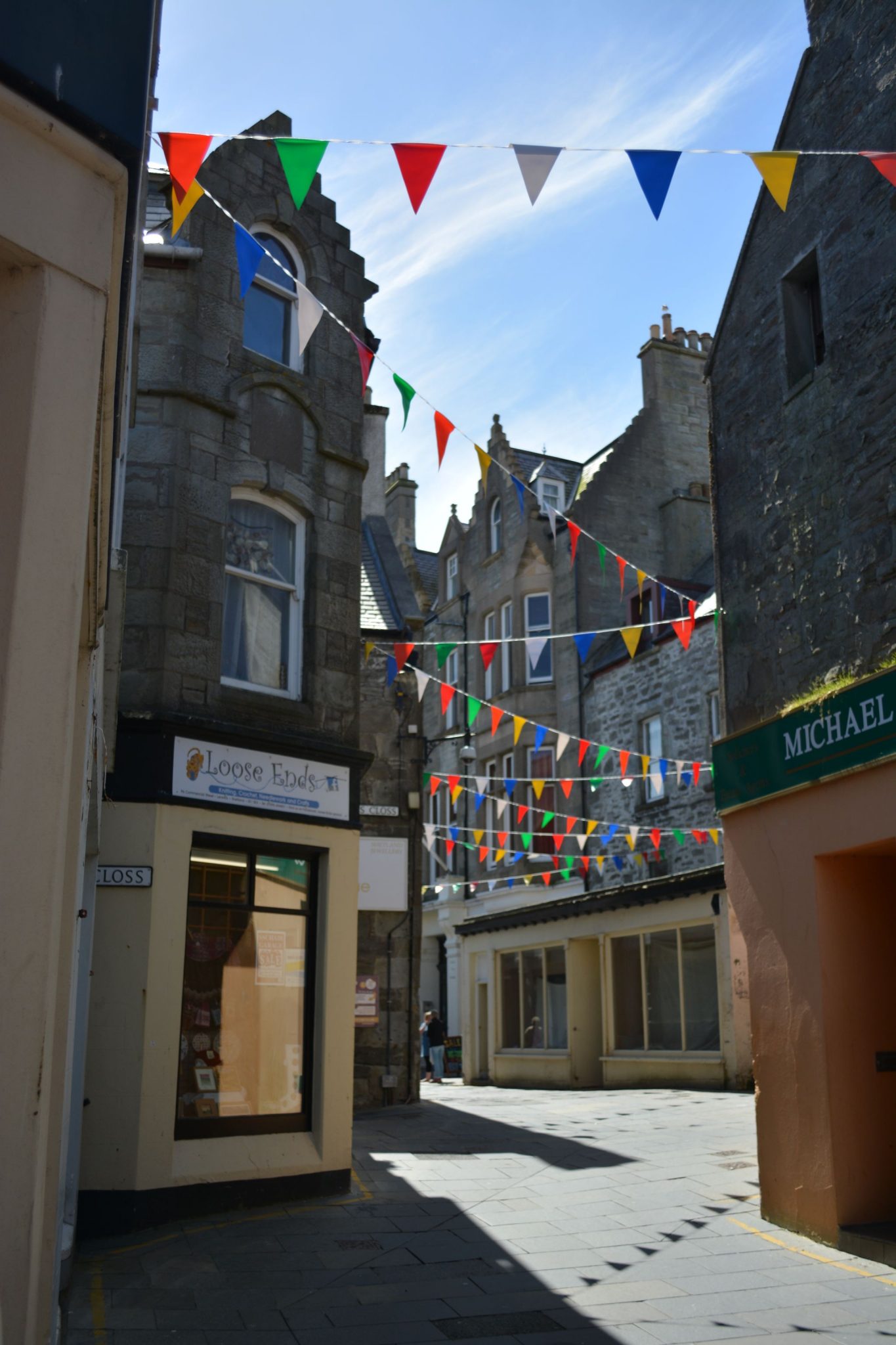 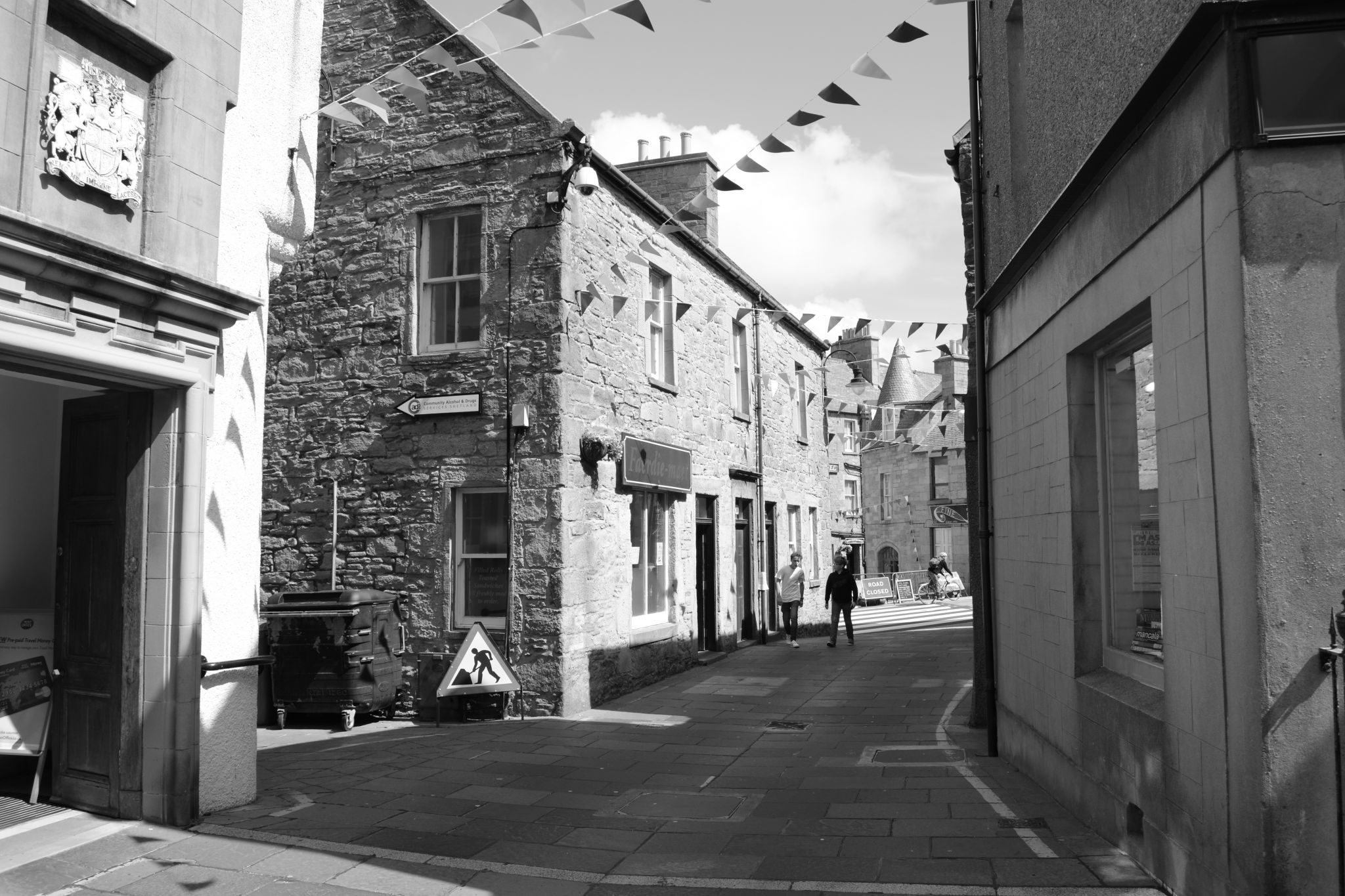 It was a very historic, old-fashioned city center. Below our feet were uneven cobblestone paths (just the ones I like) and above our heads were colourful flags that reminded me of more of a Medieval era. The little shops weren’t corporations, franchises, name brands or anything like that. They were simple – little department stores, local stationery stores, a petite ‘Shetland Times’ book shop, and more. It almost felt like being transported back in time to before the Industrial Revolution. 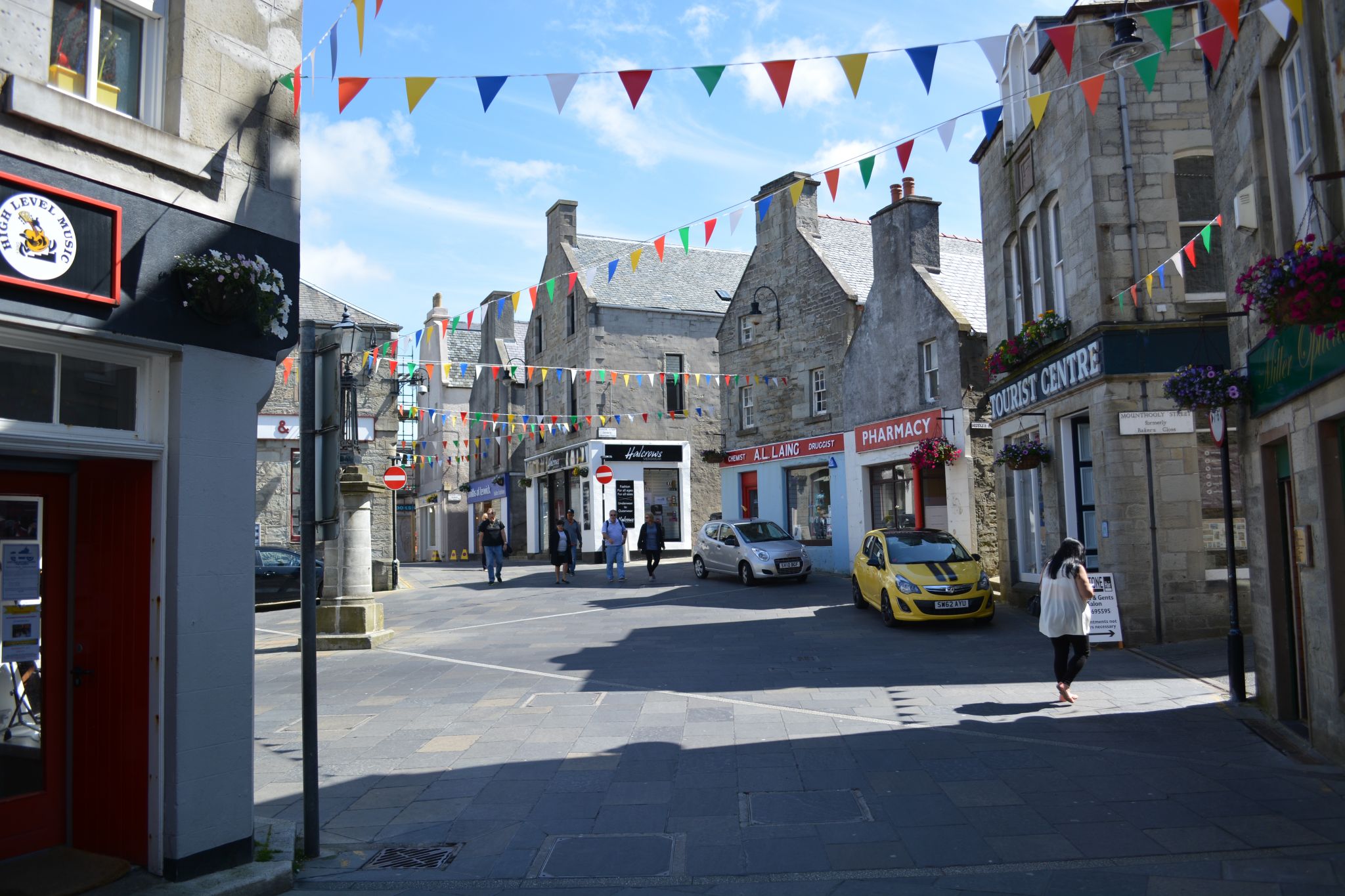 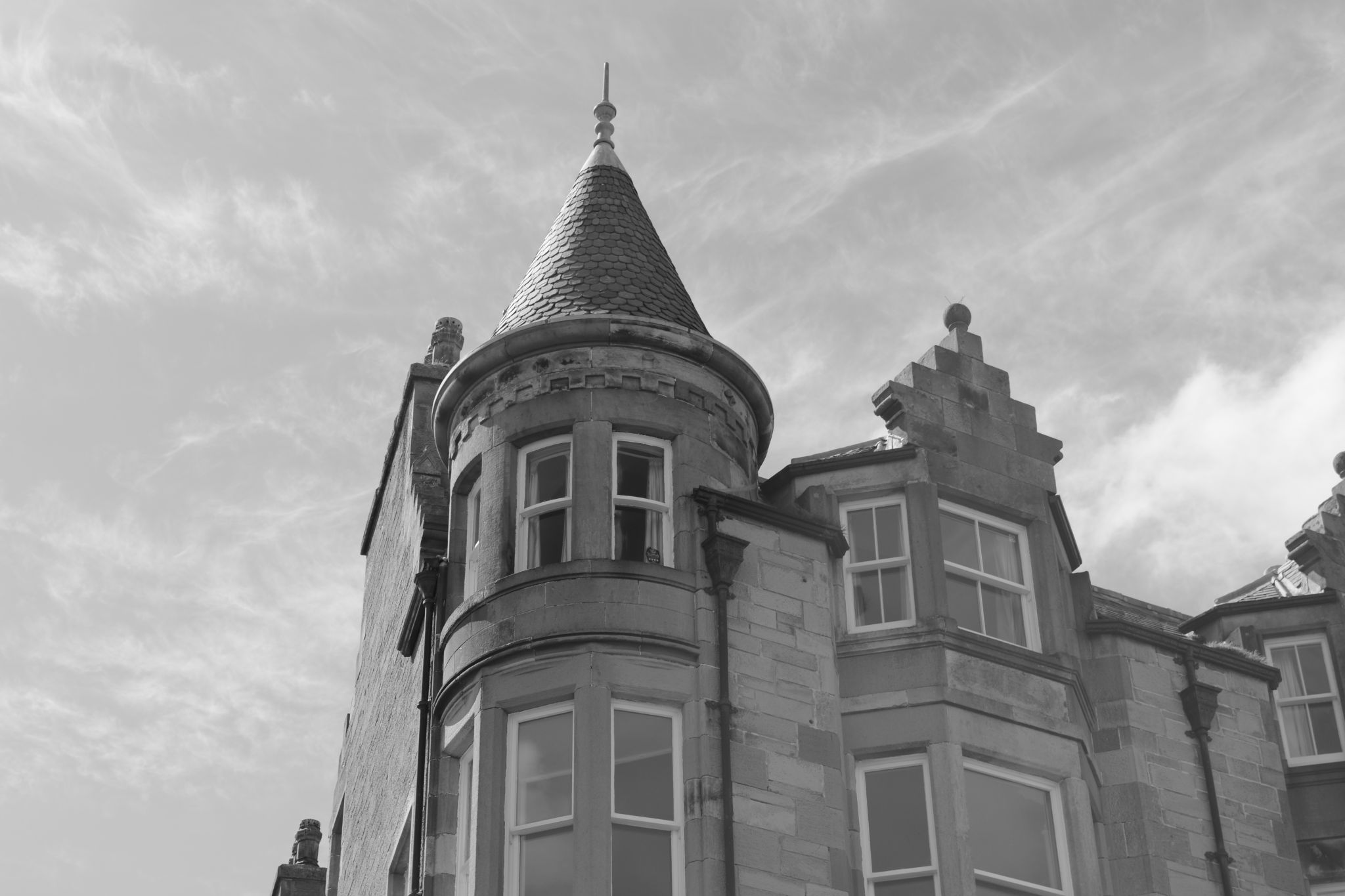 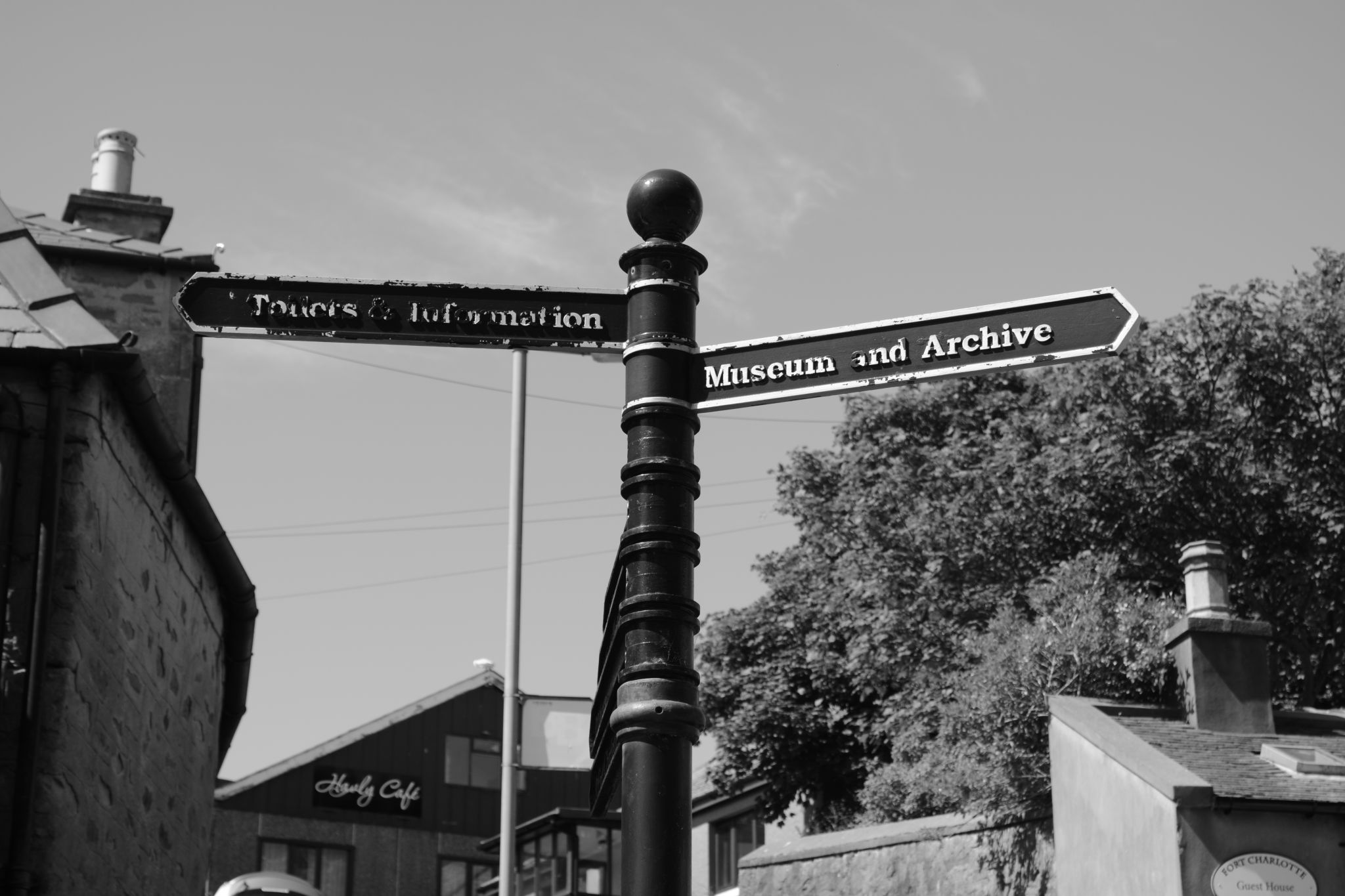 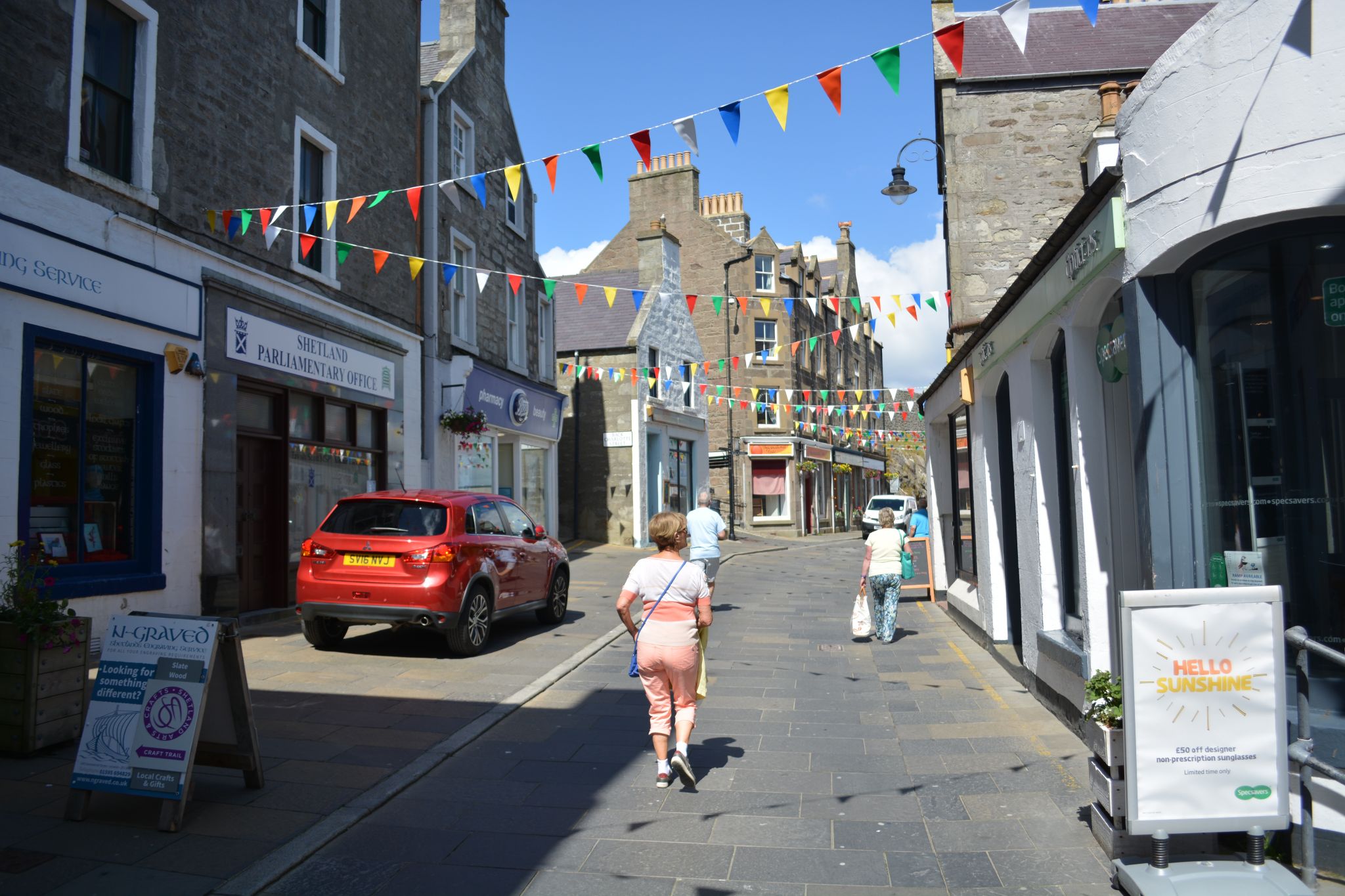 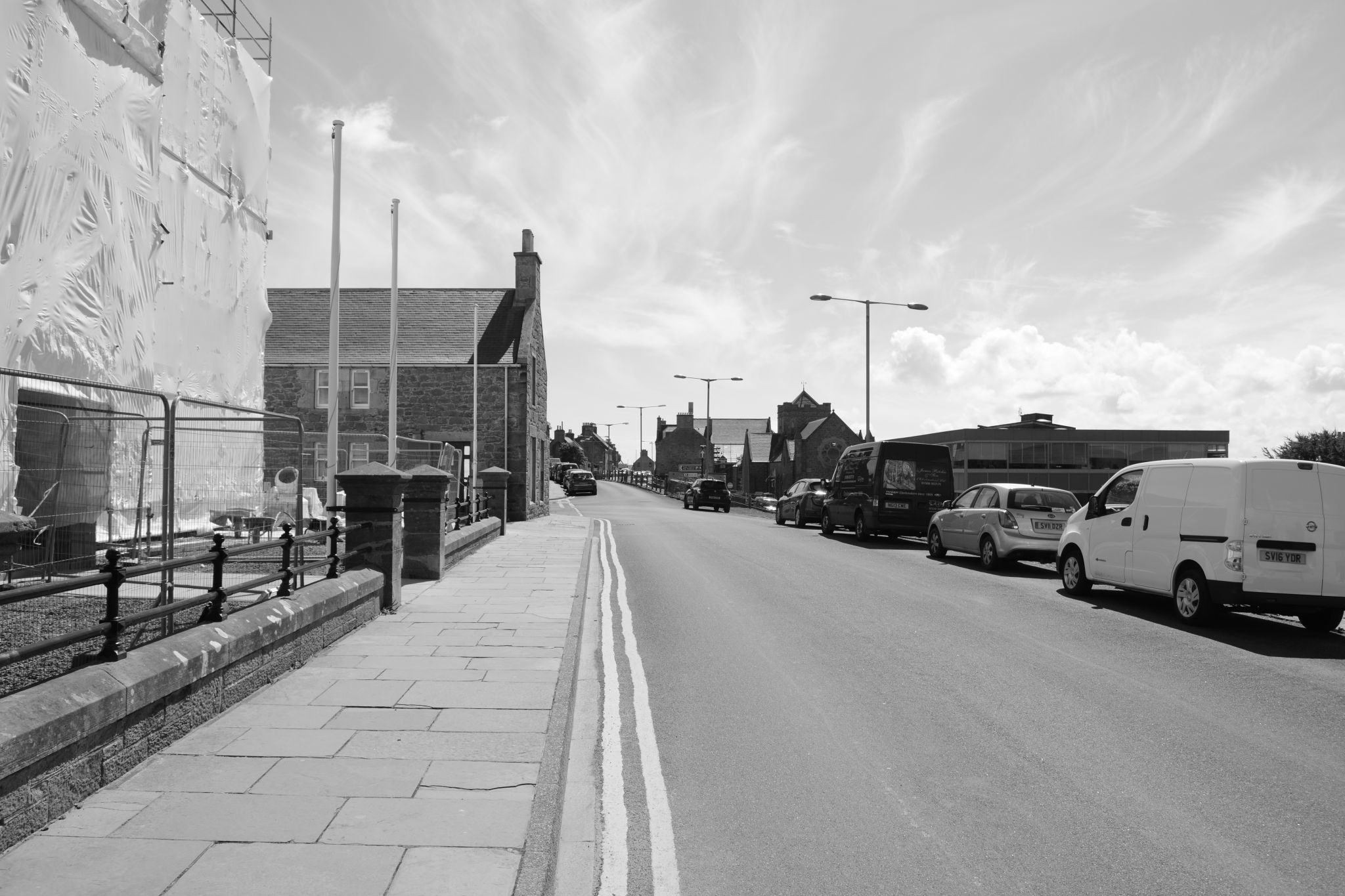 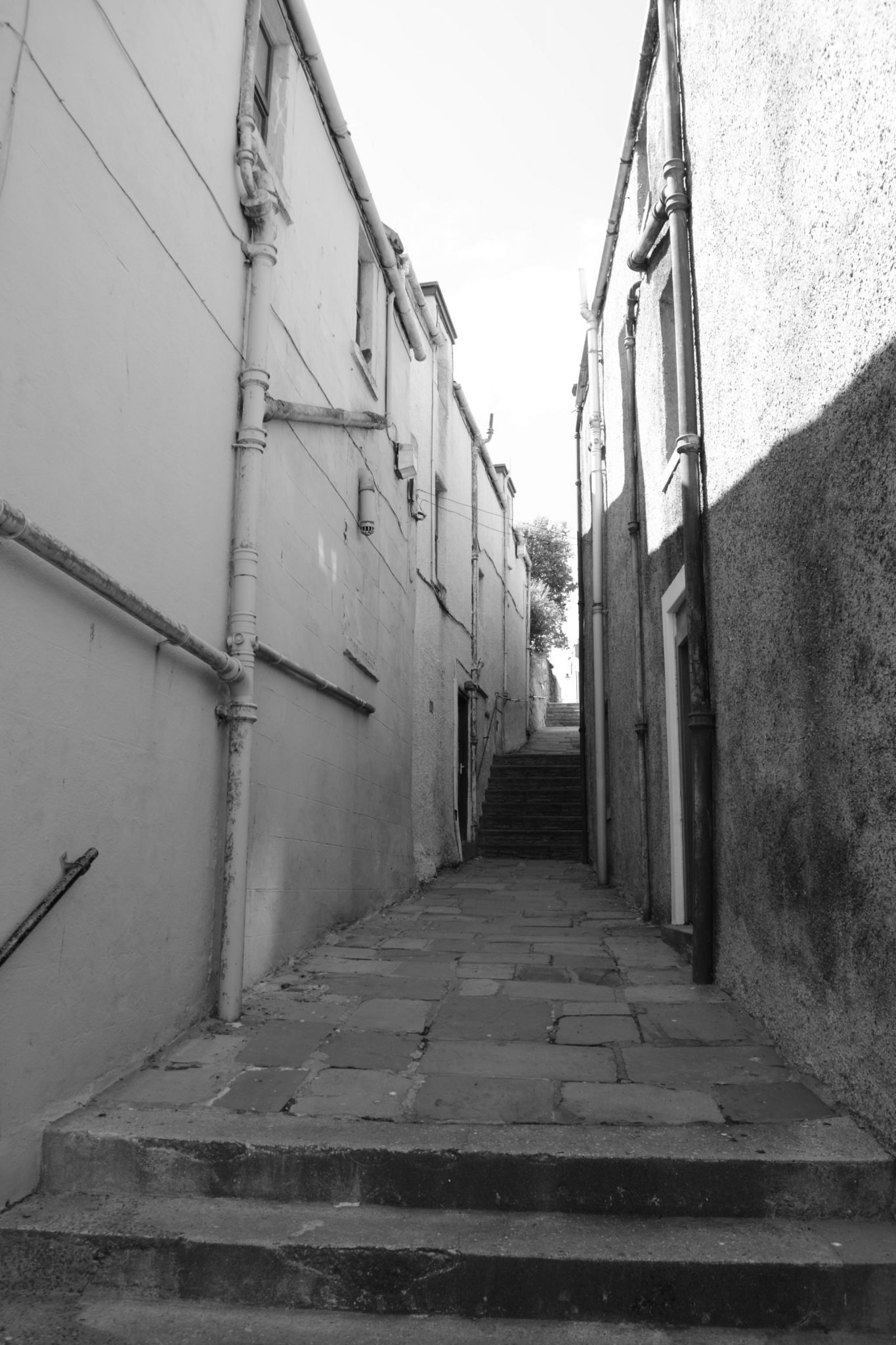 We strolled around those “downtown” streets and walked up to where Fort Charlotte was. Fort Charlotte was an artillery fort that was built to protect the Sound of Bressay ( the 5th largest island in Shetland) from the Dutch. Construction of the fort began in 1665 and was then rebuilt more than a century later. The fort is still kept to look the way it looked from the 1780s. 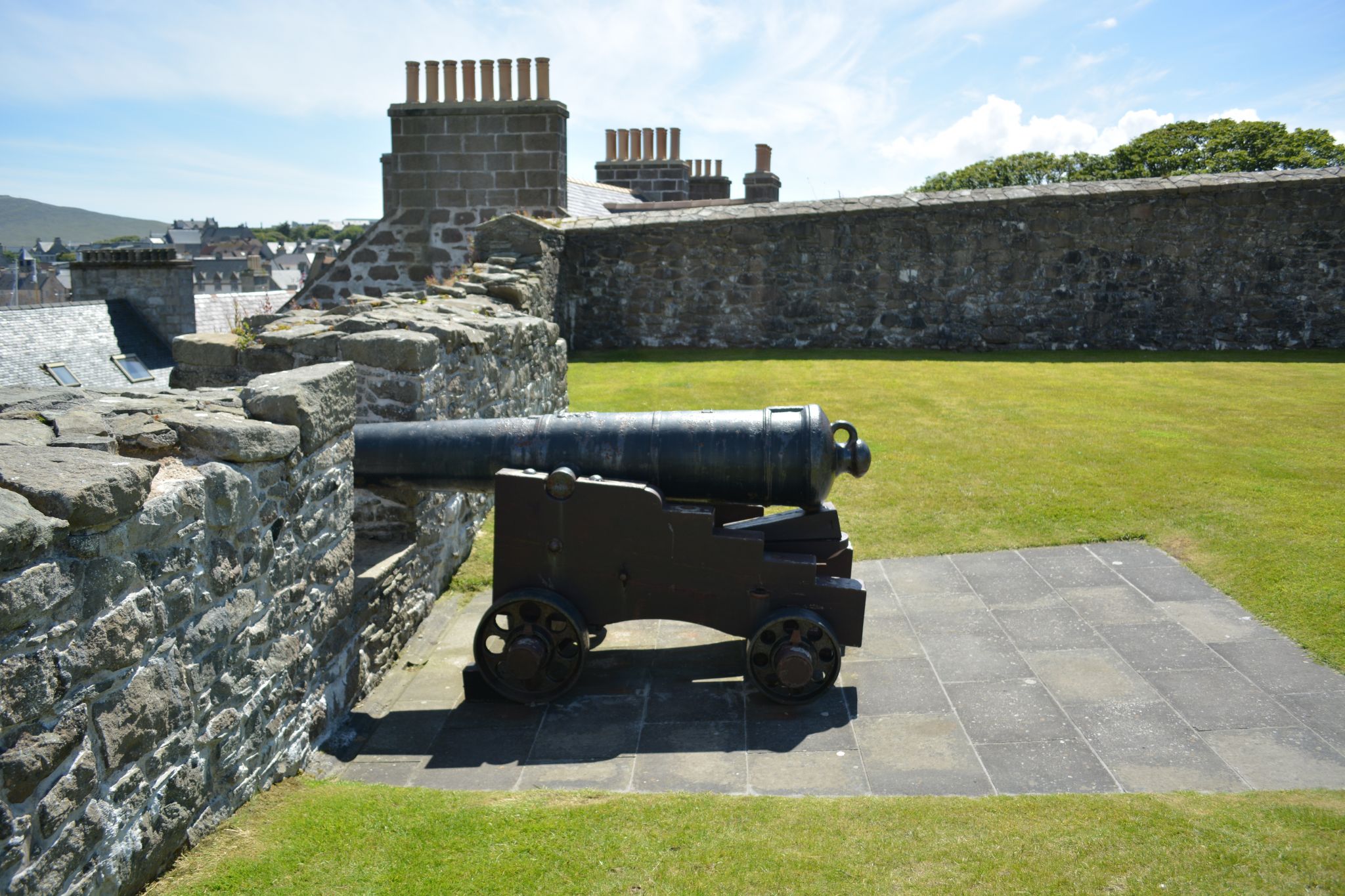 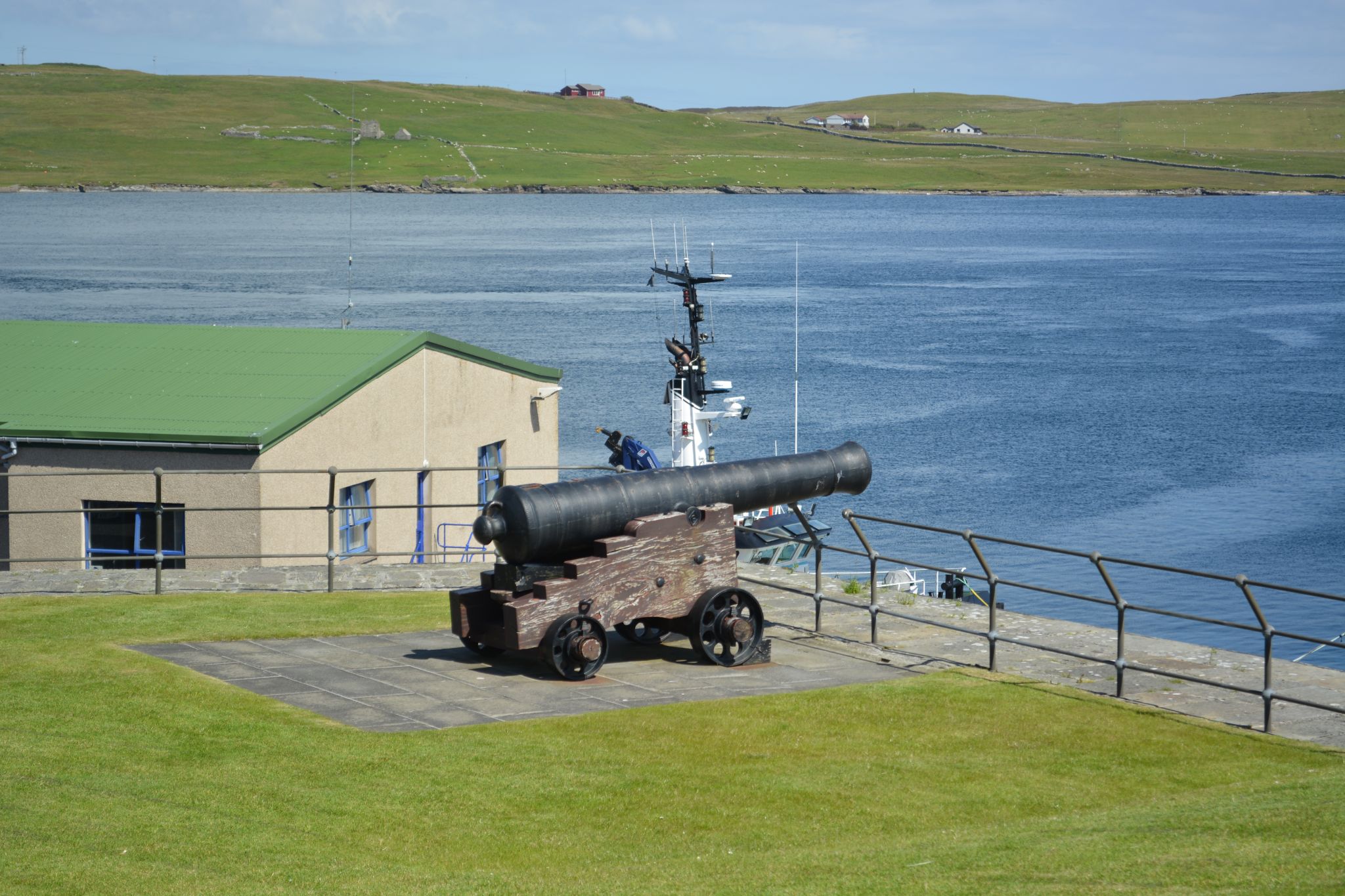 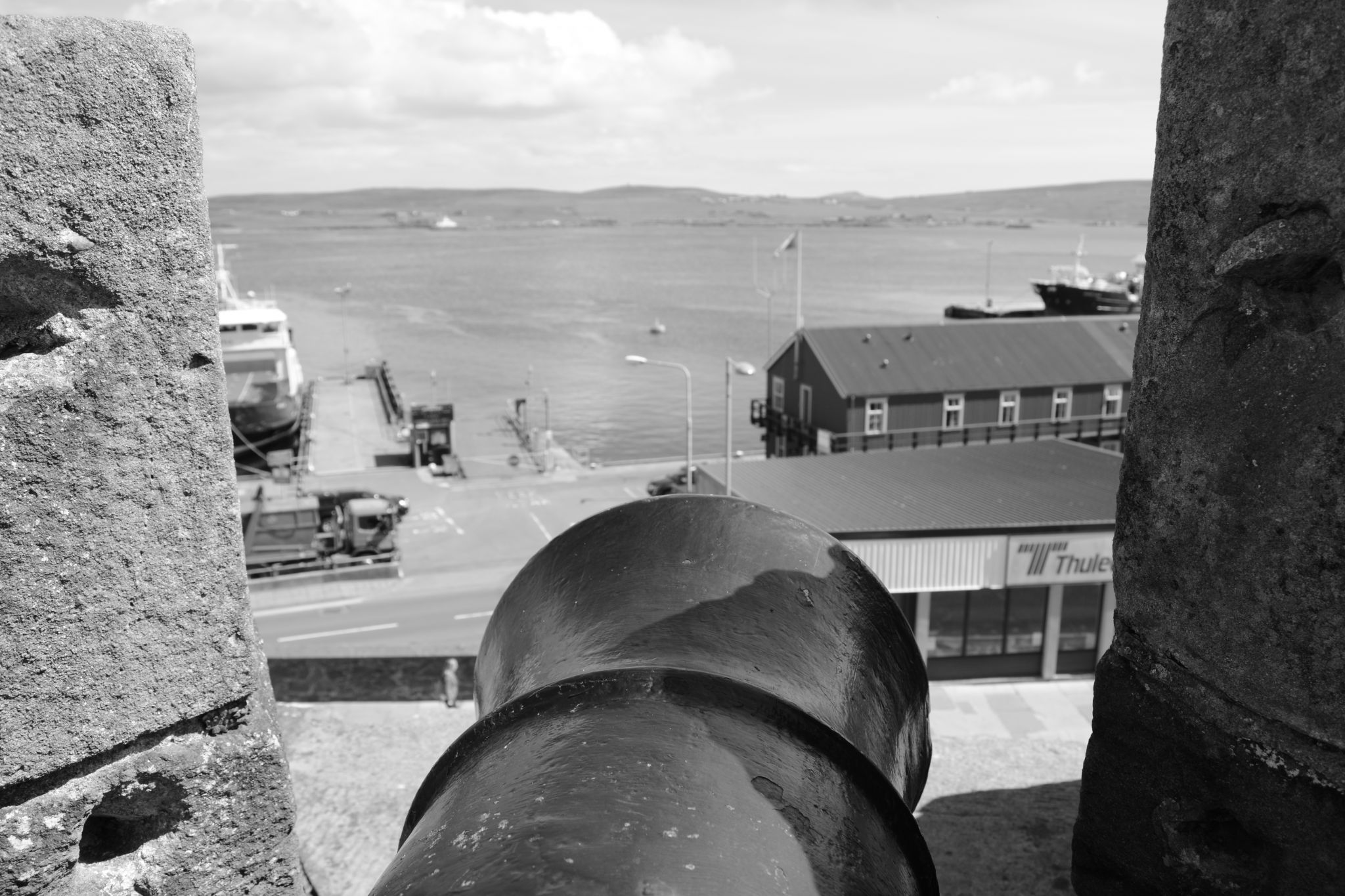 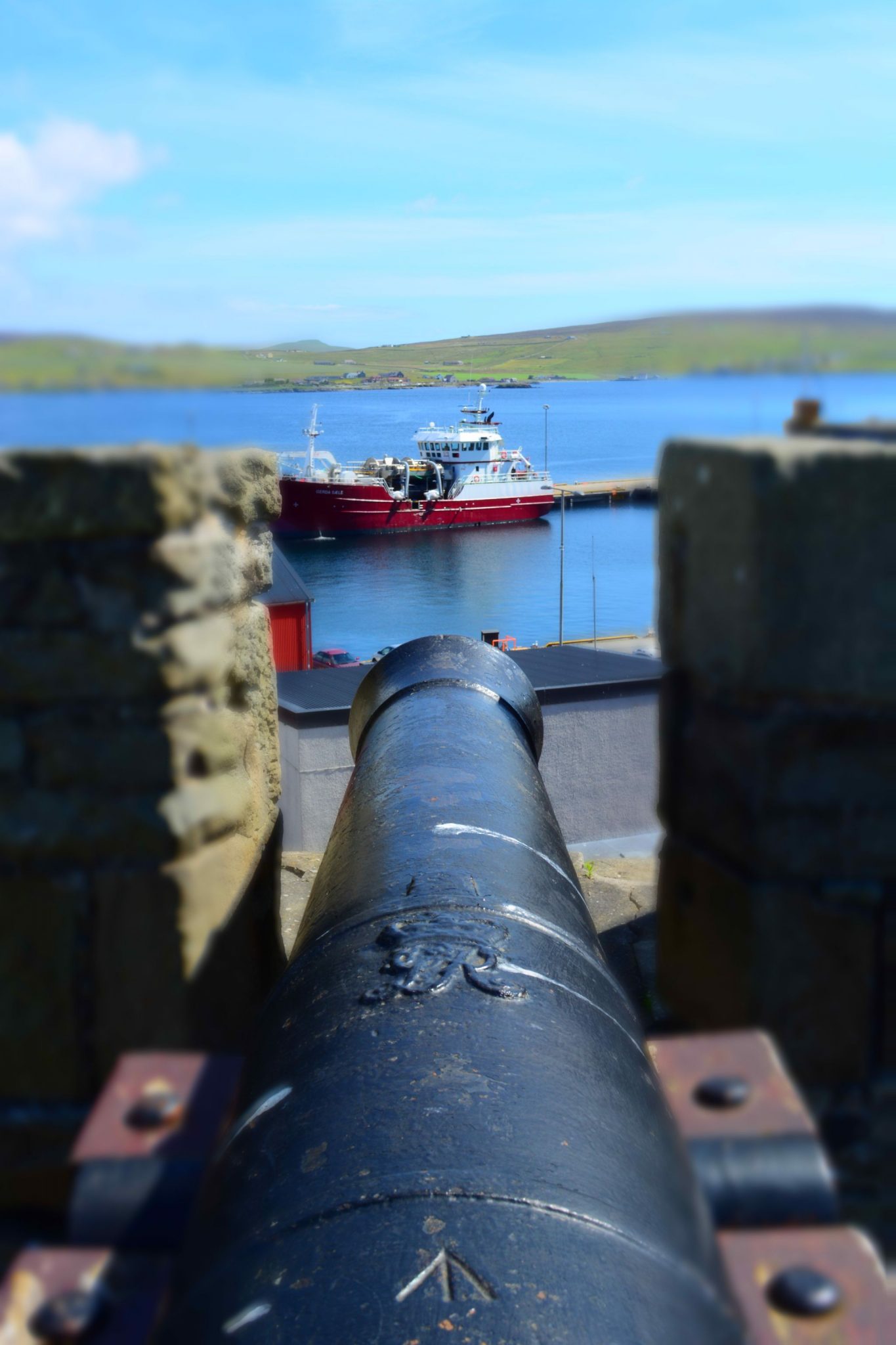 And the final cherry on top? Shetland Fudge. They have an amazing fudge shop right in the heart of the ‘city’ and rather close to the pier where our ship was docked. Before heading back to the boat, we stopped by for a bag of fudge, and then we were on our way. 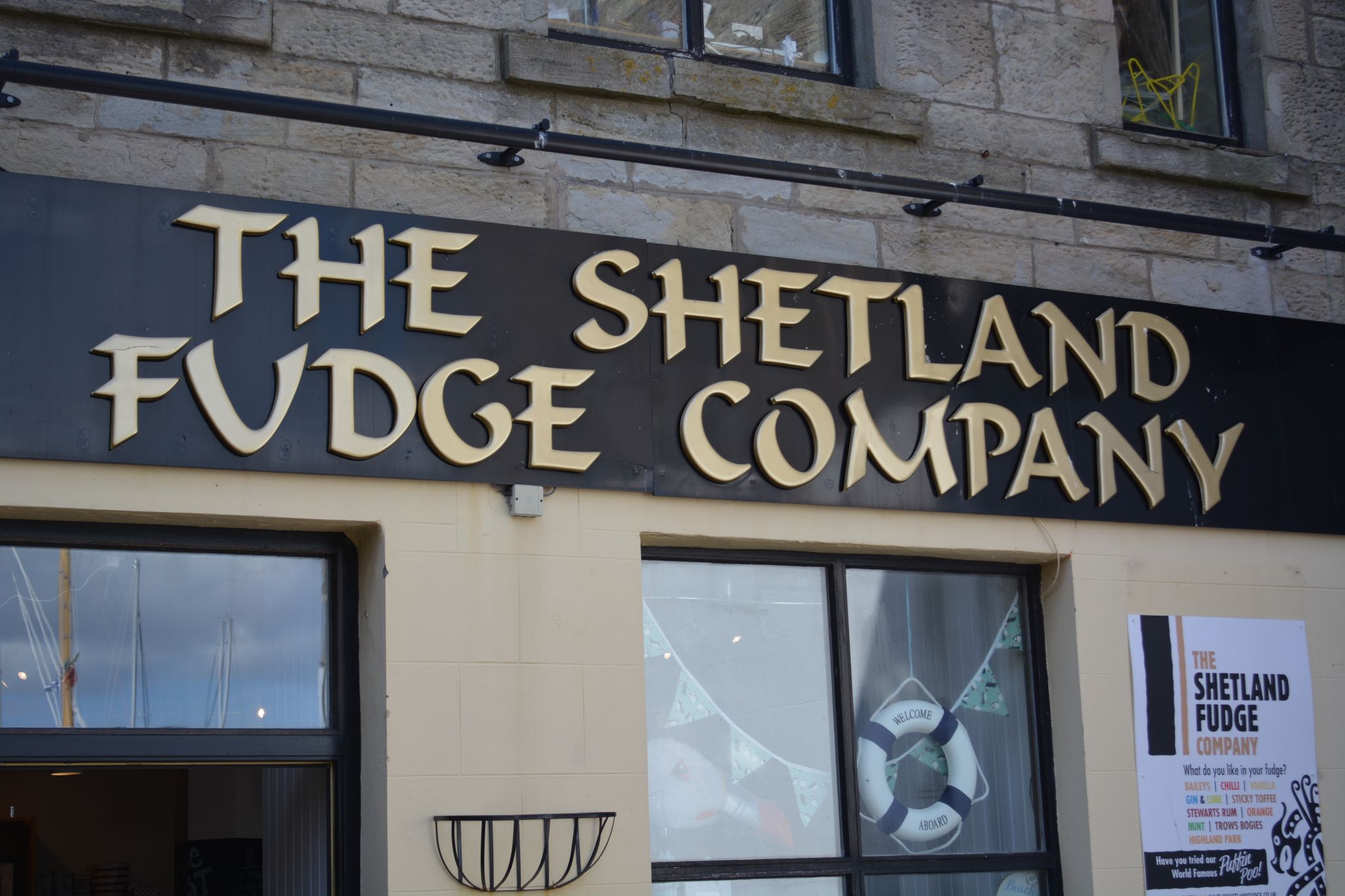 While in Lerwick, we never got the opportunity to do this but if you ever pay the Shetlands a visit and have some time, I recommend taking a boat trip to Mousa Island to see the Broch of Mousa (that is, if history is your thing). The Broch is the finest preserved example of an Iron Age broch and is the tallest broch still standing in Europe at 13.3 metres high. Once you’re inside, you can actually climb a staircase to the top. This is one of the most famous attractions in the Shetlands so if you want to do a bit of extra sight-seeing in addition to the town-wandering, I would definitely go for this. 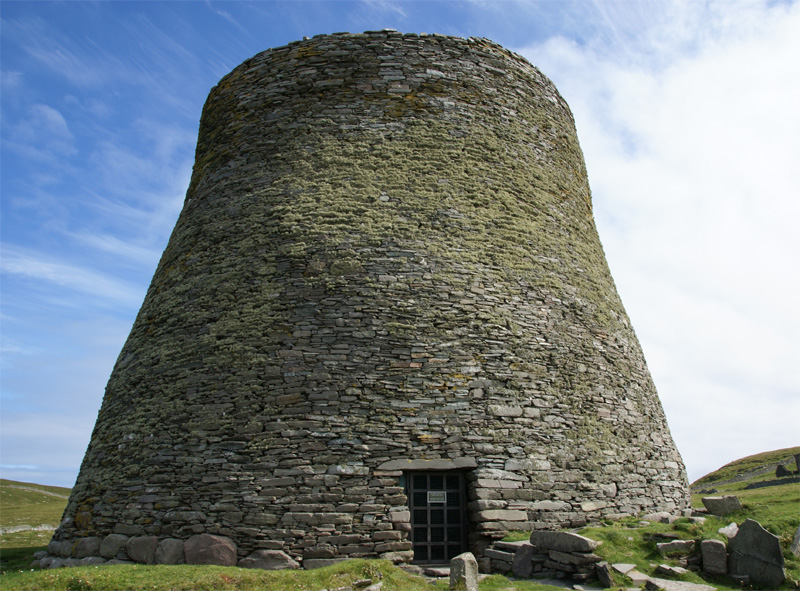 Lerwick, thank you. I was sad to leave this port, truly. I am incredibly thankful for the good weather and for my next couple Icelandic posts, you might want to try your best to hold onto this ephemeral sunshine, as we have a couple stormy days ahead. Keep your eye out for the Iceland posts, as I’m going to be taking you whale watching, to the Blue Lagoon, and to see some geysers and craters. We’re going to be kicking it Icelandic style. 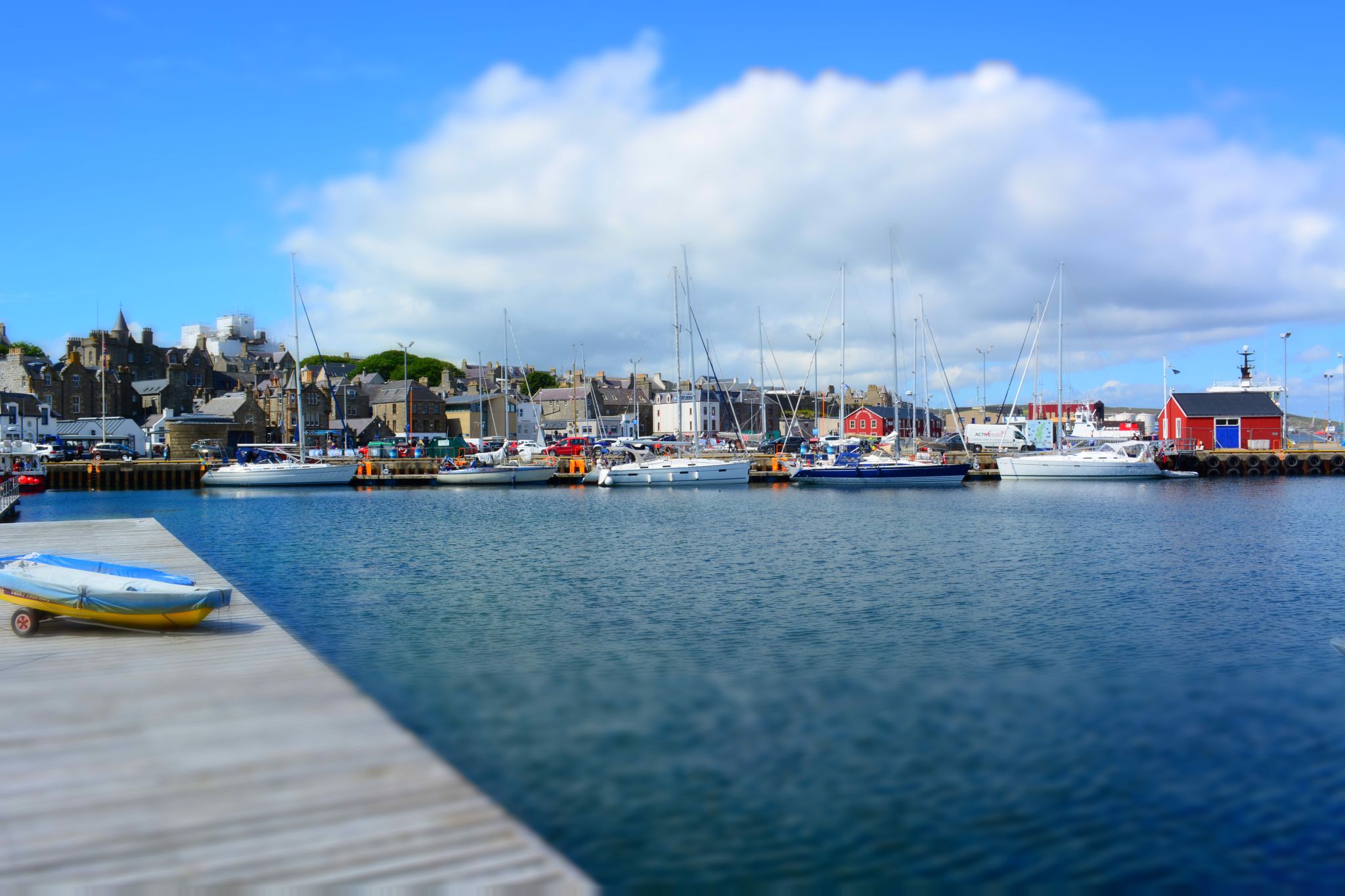