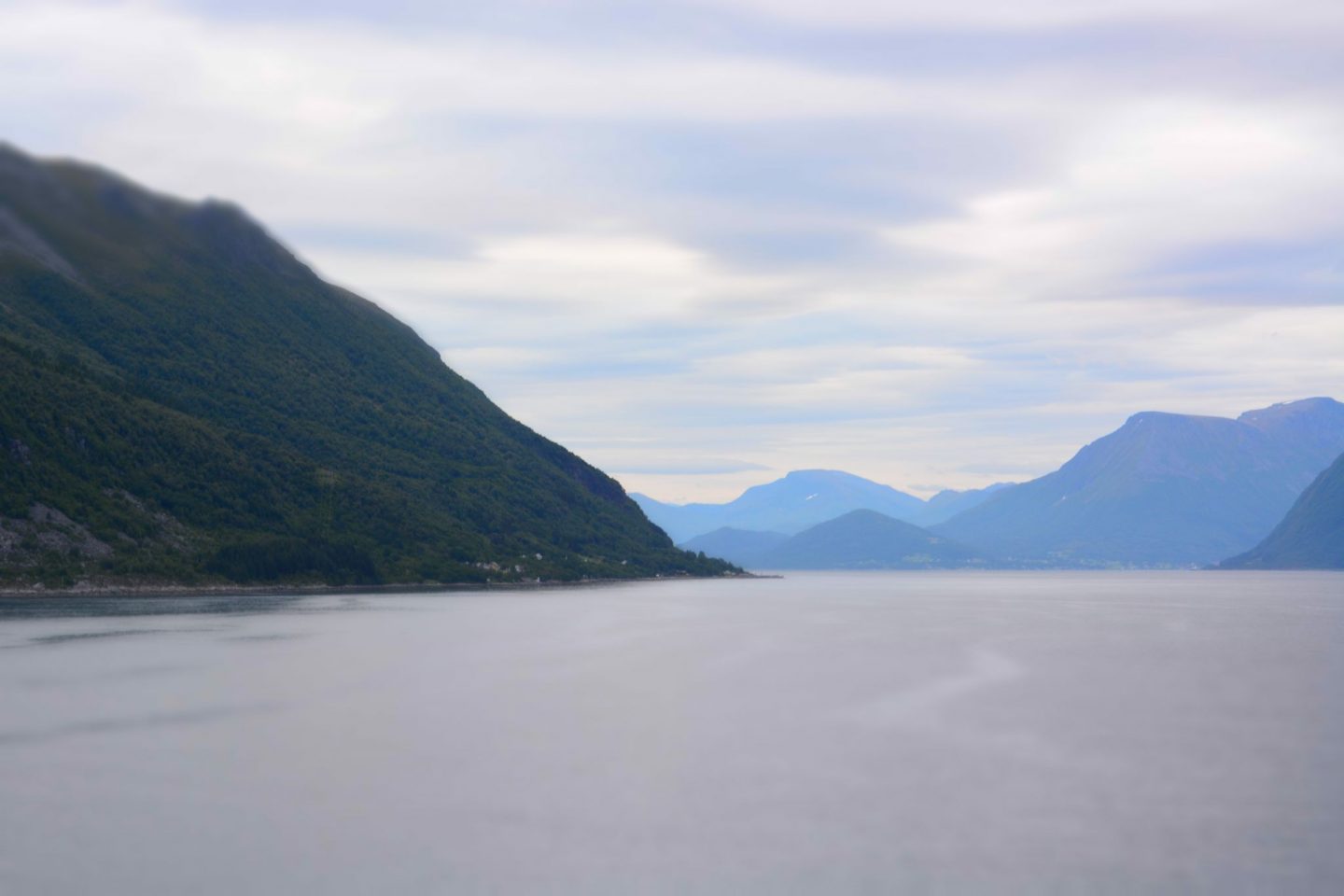 Back in Norway again after a year! The fjords, the serenity, and the views … they just couldn’t keep me away after the Norwegian trip last summer! 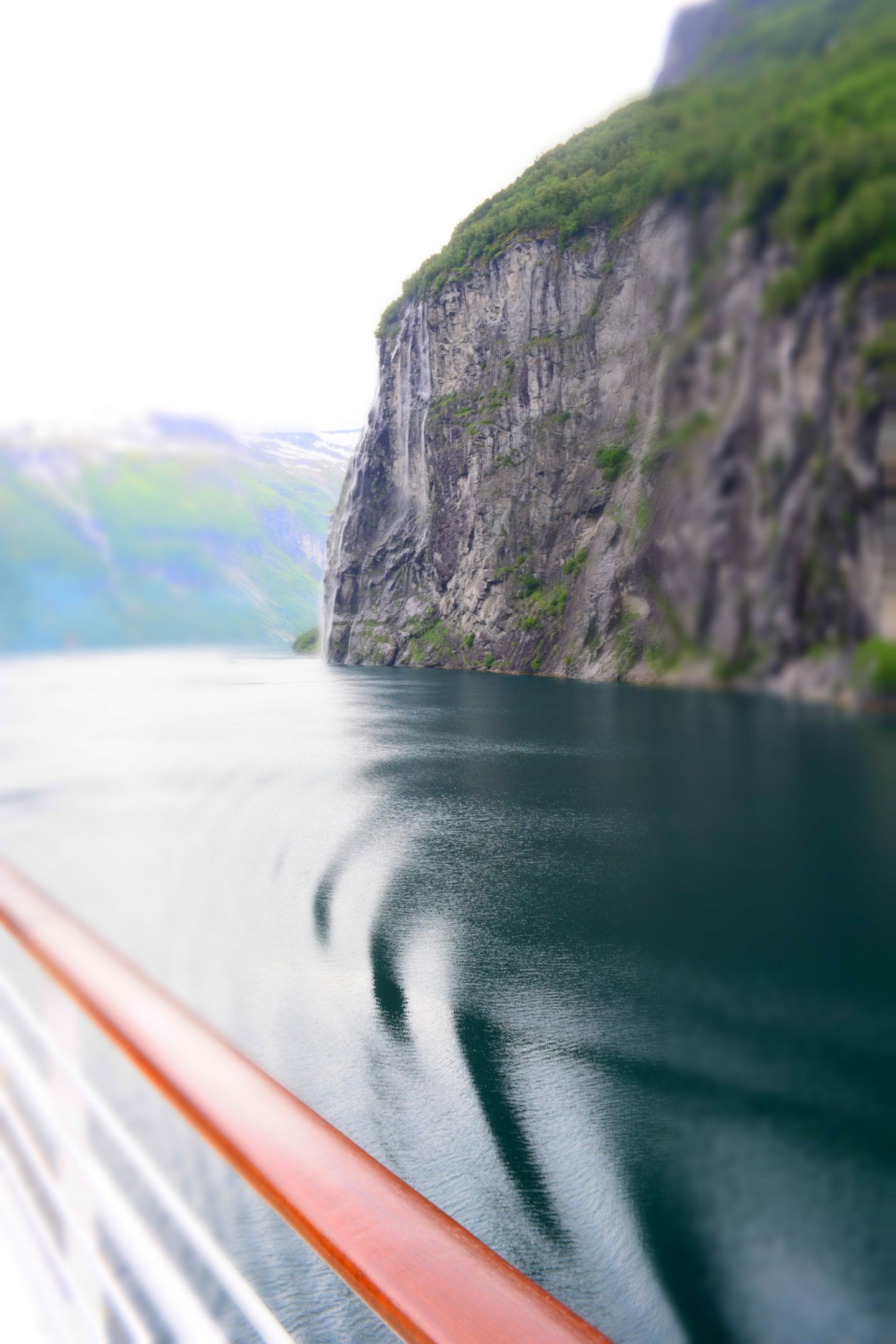 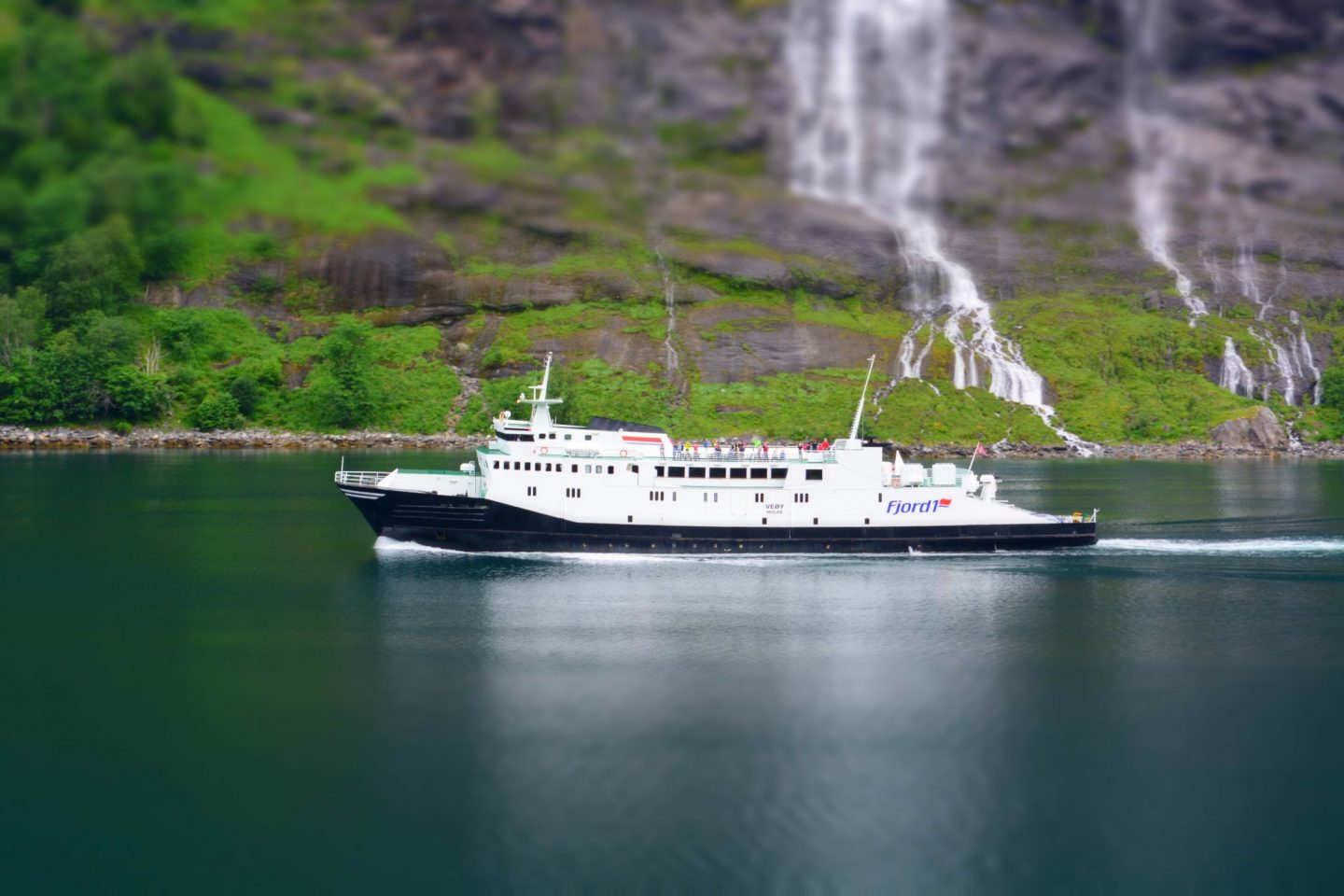 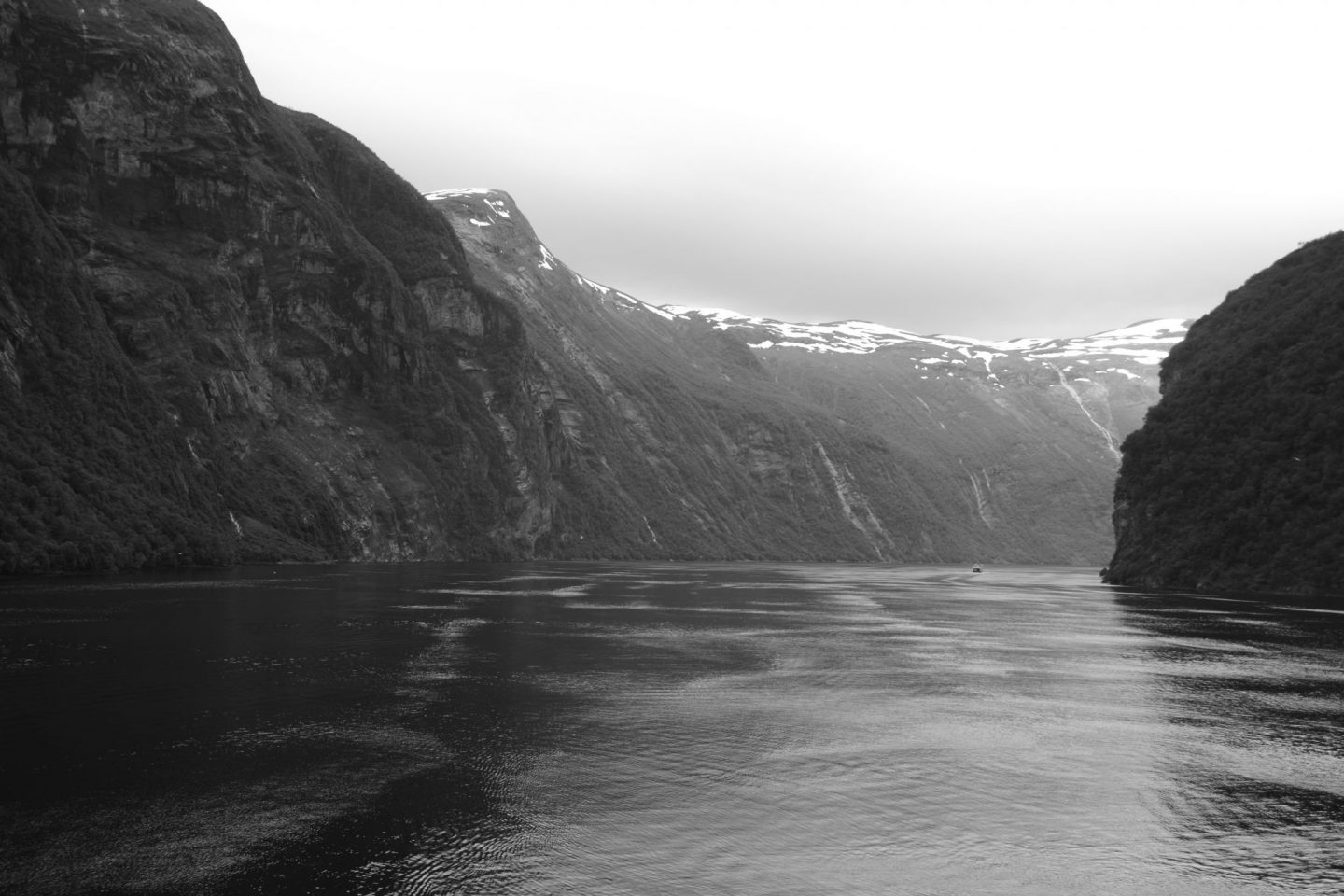 This time, our cruise ship was docking in Geiranger, a port that wasn’t included in the itinerary last year. Geirangerfjorded is deemed the third best Norwegian fjord, so I couldn’t wait to marvel (and maybe cry) at its beauty. The mountains that surround the water running through, the fresh air, the sound of silence – it’s all so captivating.

The fun had started at around 5 am that morning (The waking up part was not so fun). Our cruise ship was passing through Geirangerfjorden and the captain informed us that the best views were going to be waiting for us at around 6 to 7 am, with a look at the famous Seven Sisters waterfall at around 8:30 am, right before we dock. 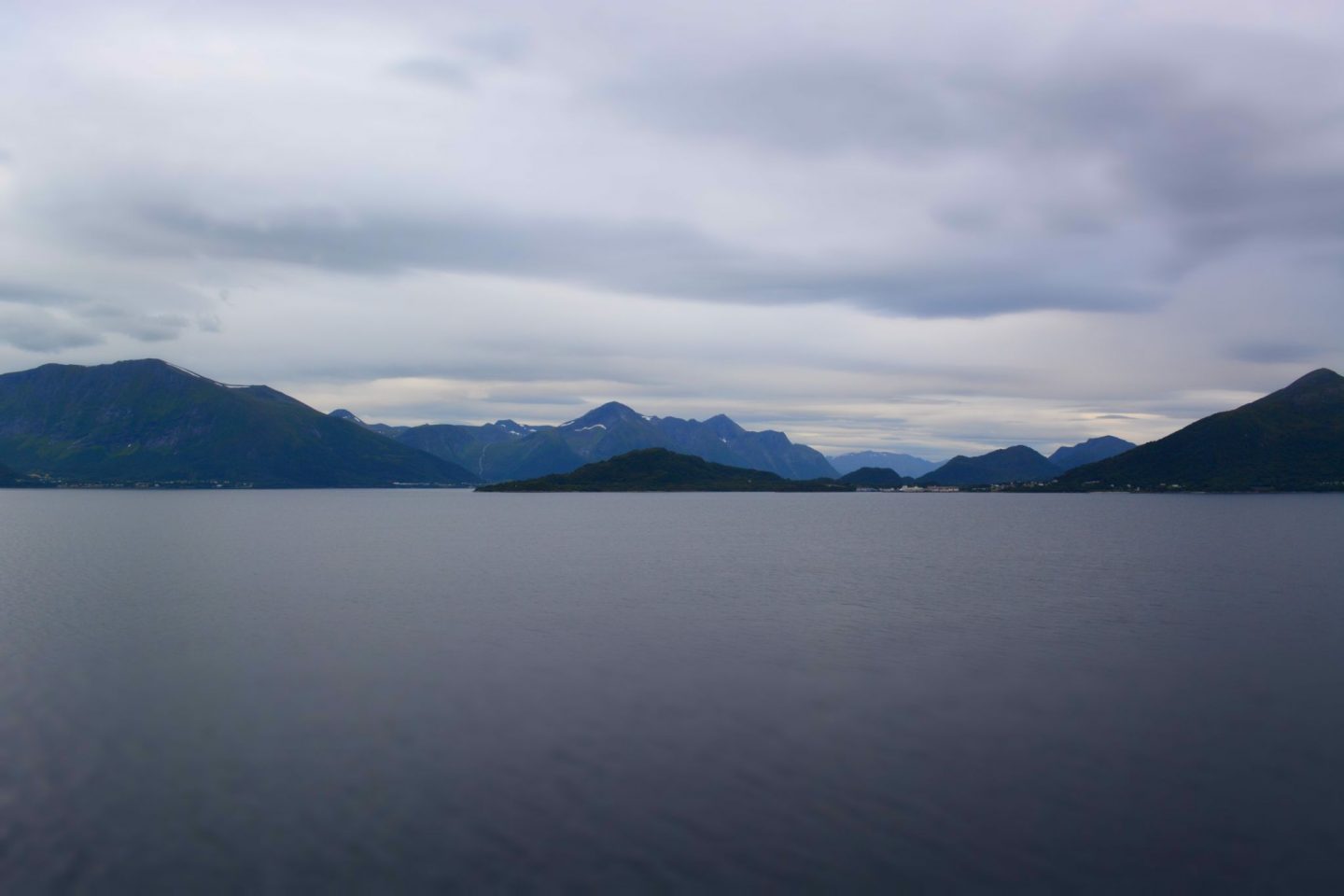 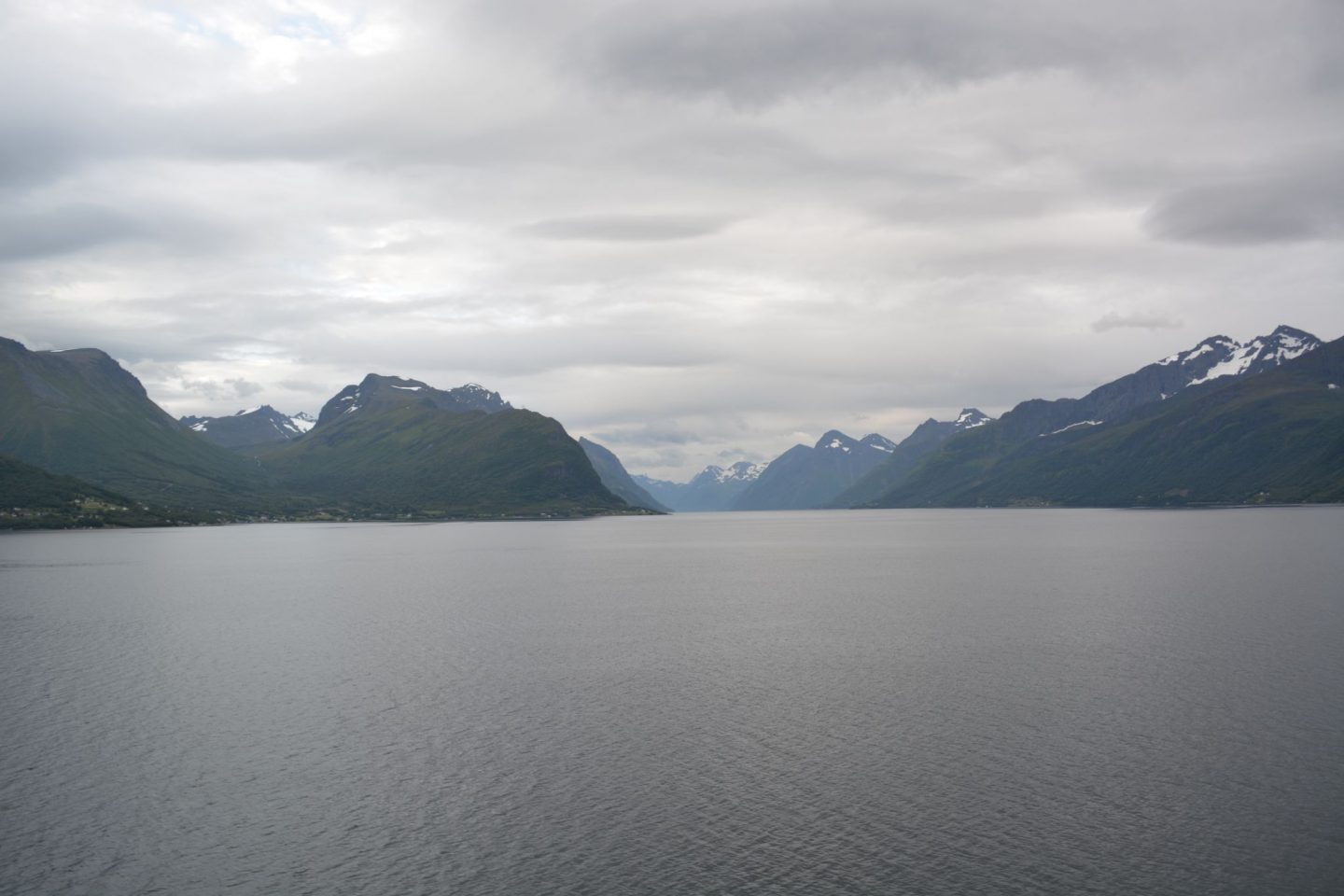 The Seven Sisters Waterfall is the 39th tallest waterfall in Norway and what makes it special is that it consists of seven separate streams, all side by side. 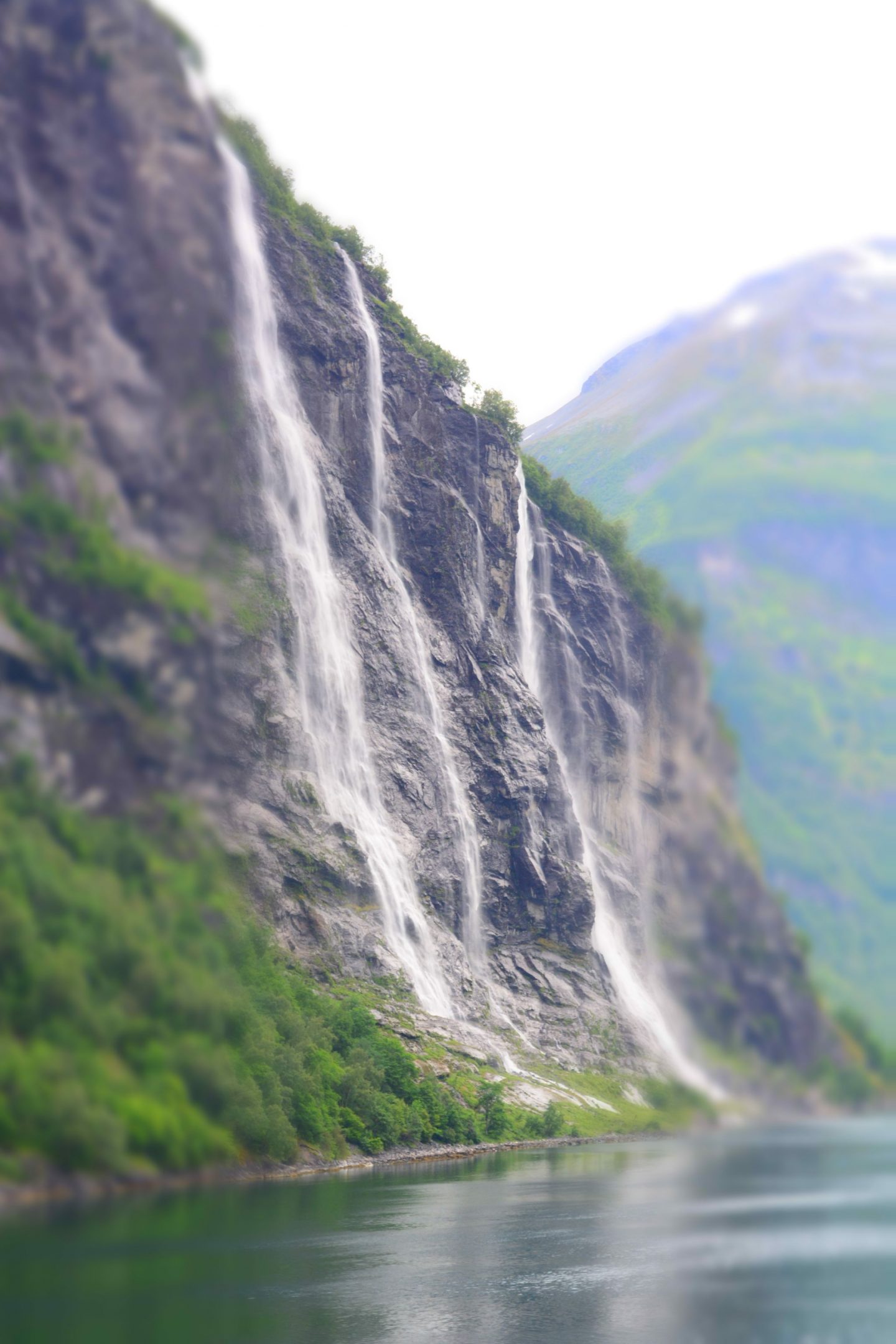 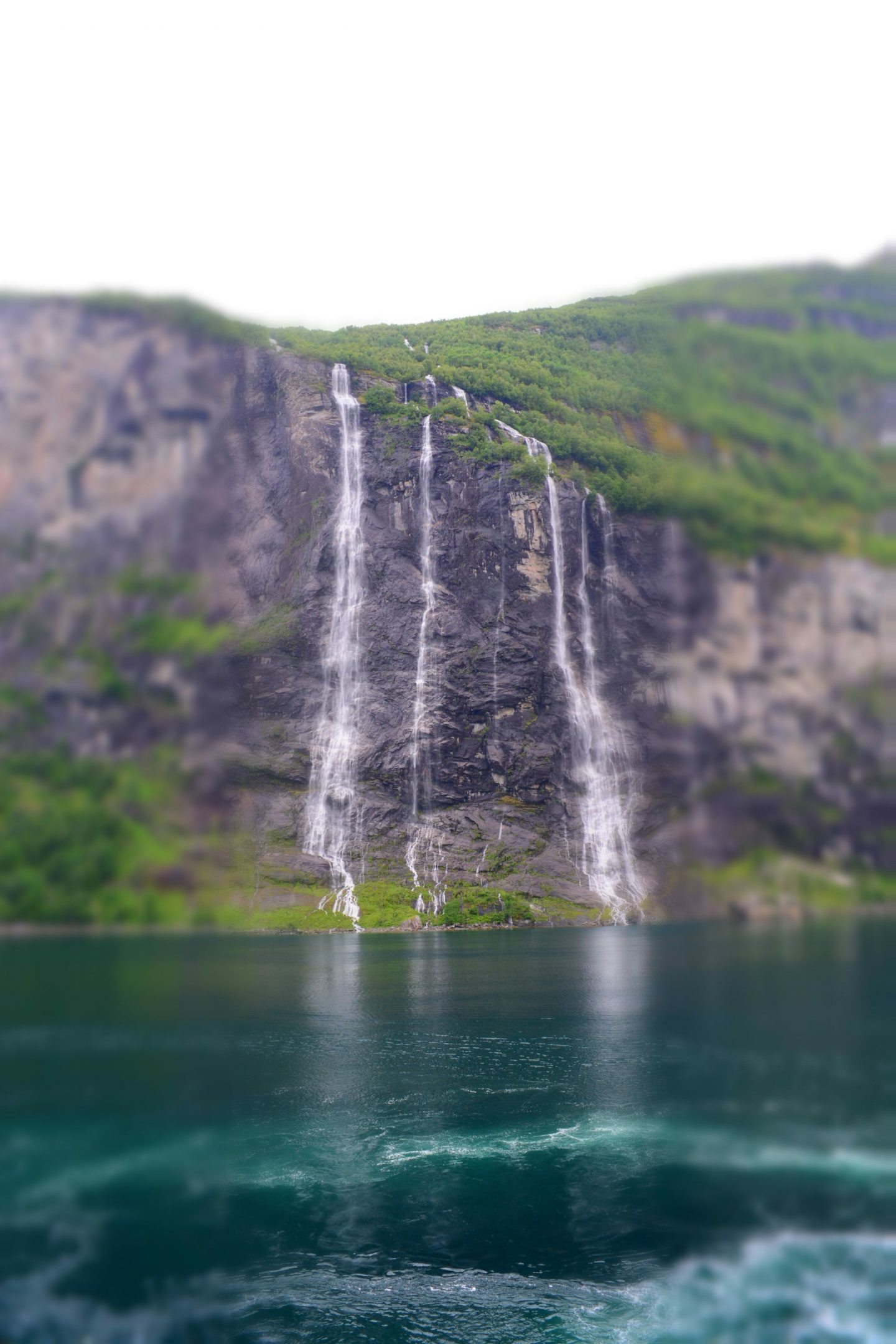 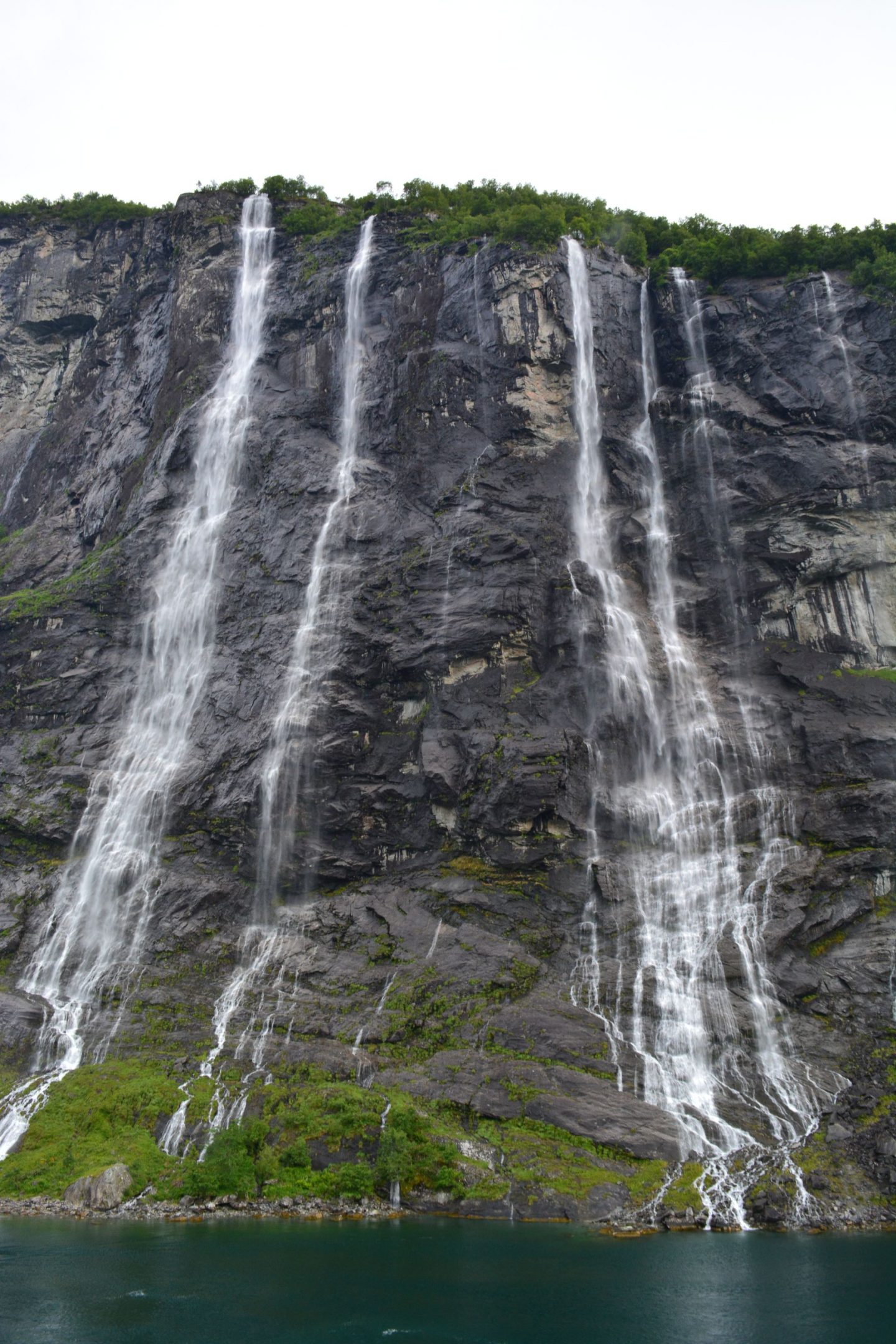 Right across from it is the Suitor waterfall, a much more powerful and explosive stream. It is said that the Suitor is trying to woo the seven sisters across from him. 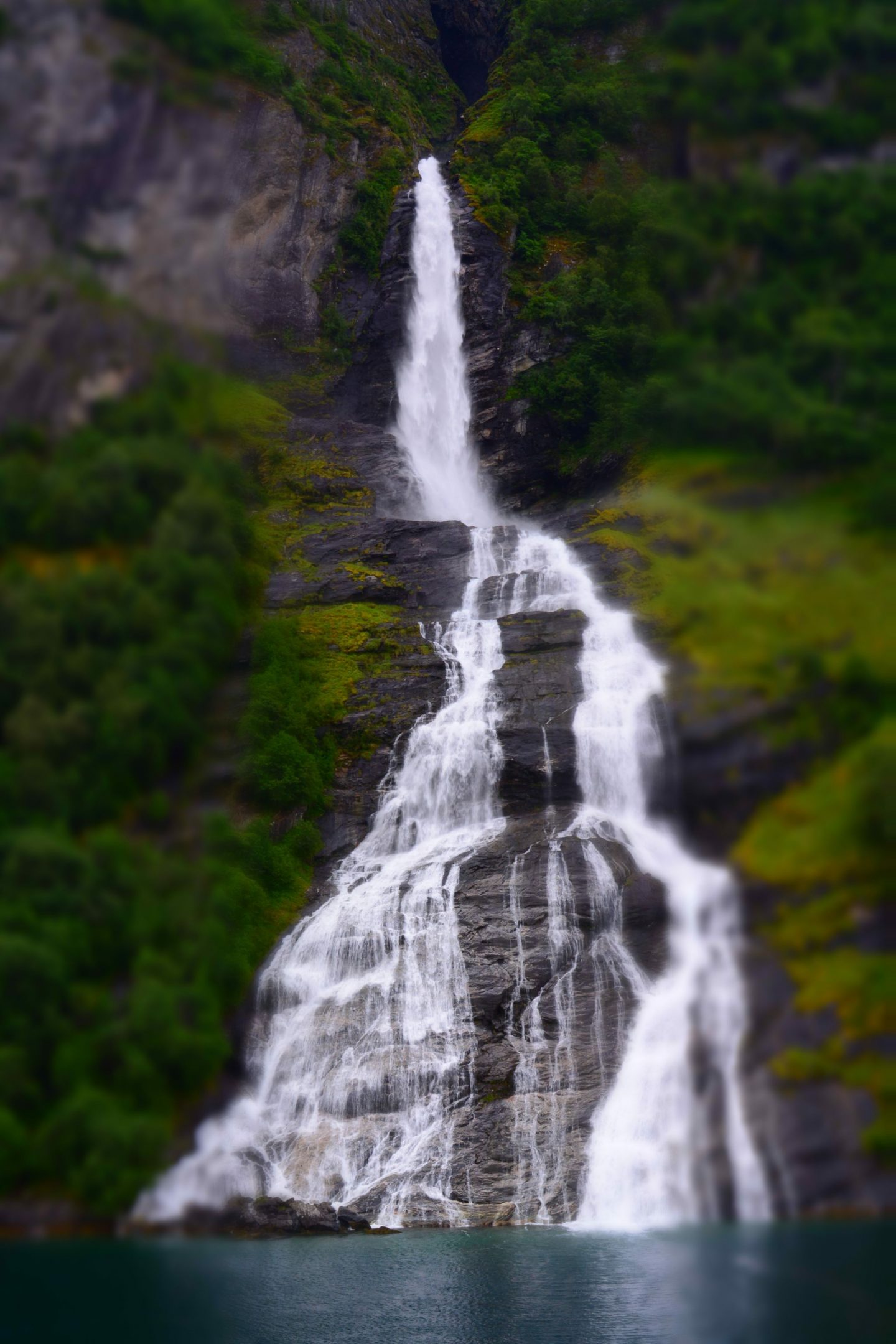 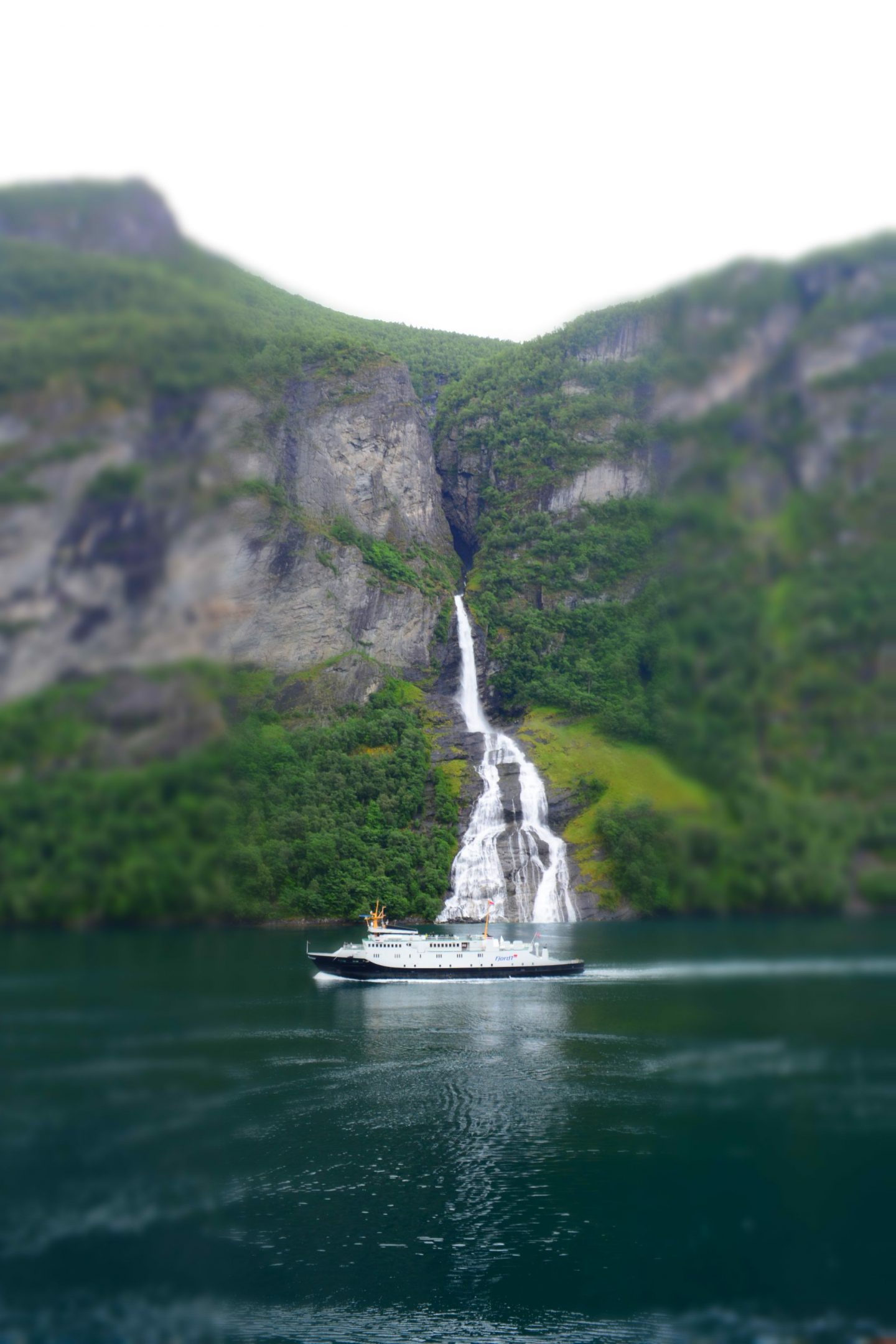 We chose to book a ship shore excursion for this port. It always saves us a bit of time from having to fret over details, and sometimes, it is nice to have people take you from place to place. Transportation is often hard to find in Norway and can be very pricey, so the thought of having a bus at your beck and call is comforting.

Our tour guide first took us up to the top of Mount Dalsnibba, one of the best viewpoints of the fjord in the port. Dalsnibba is located about 21 kilometres from the fjord and because it lies at the end of the Geiranger Valley, it makes for a highly coveted photo op location. Getting up there was no easy task. There were about a dozen hairpin turns the bus driver had to make up the nearly 1,500 m high mountain and considering you’re driving a bus that feels like the length of a football field, it was nowhere near easy. The turns were so sharp and so narrow, you felt as if the bus would just tumble off the side of the road if you weren’t holding your breath.

Driving up was interesting because many of the mountains, including Dalsnibba, were covered in snow. And remember it’s summer in Norway. 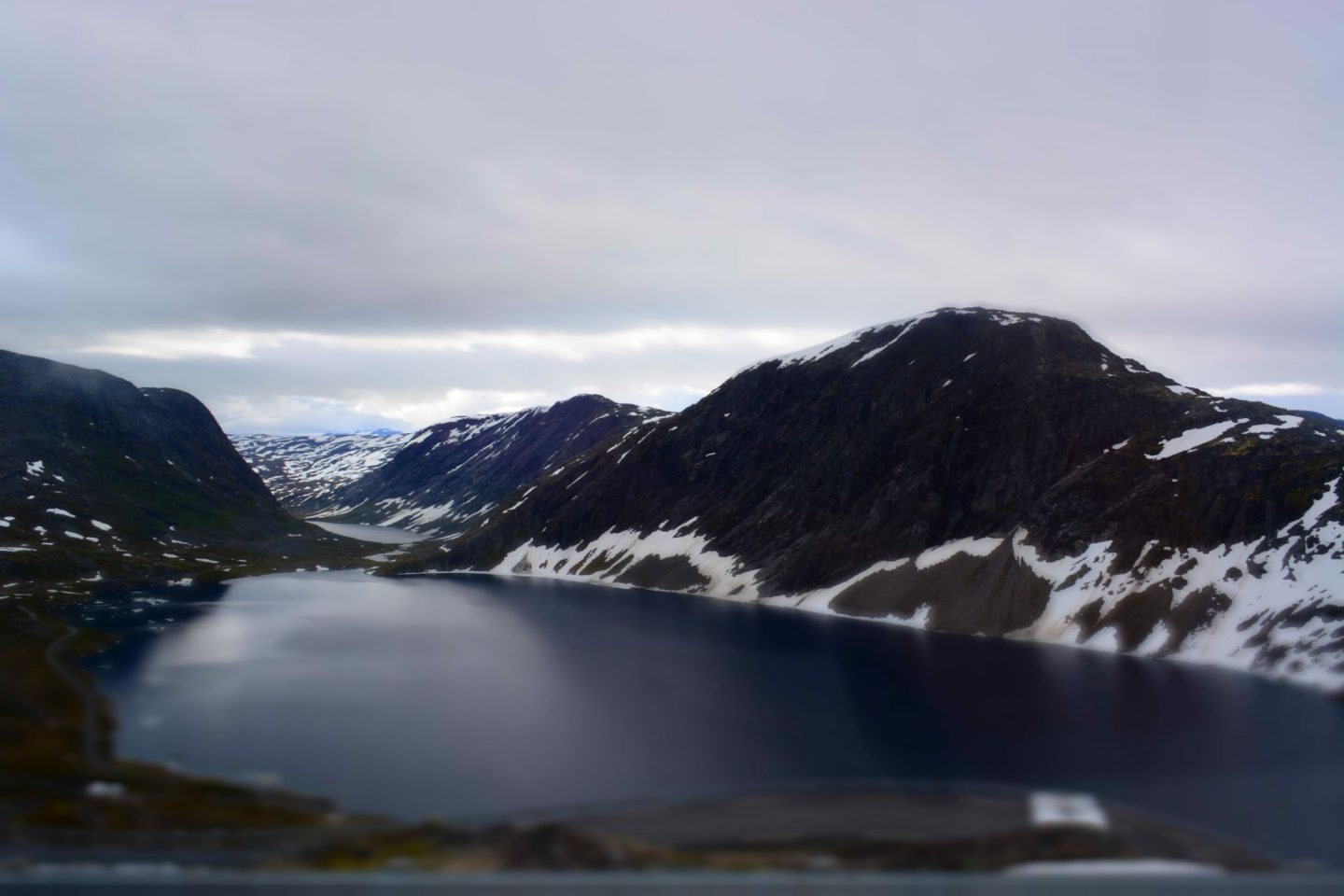 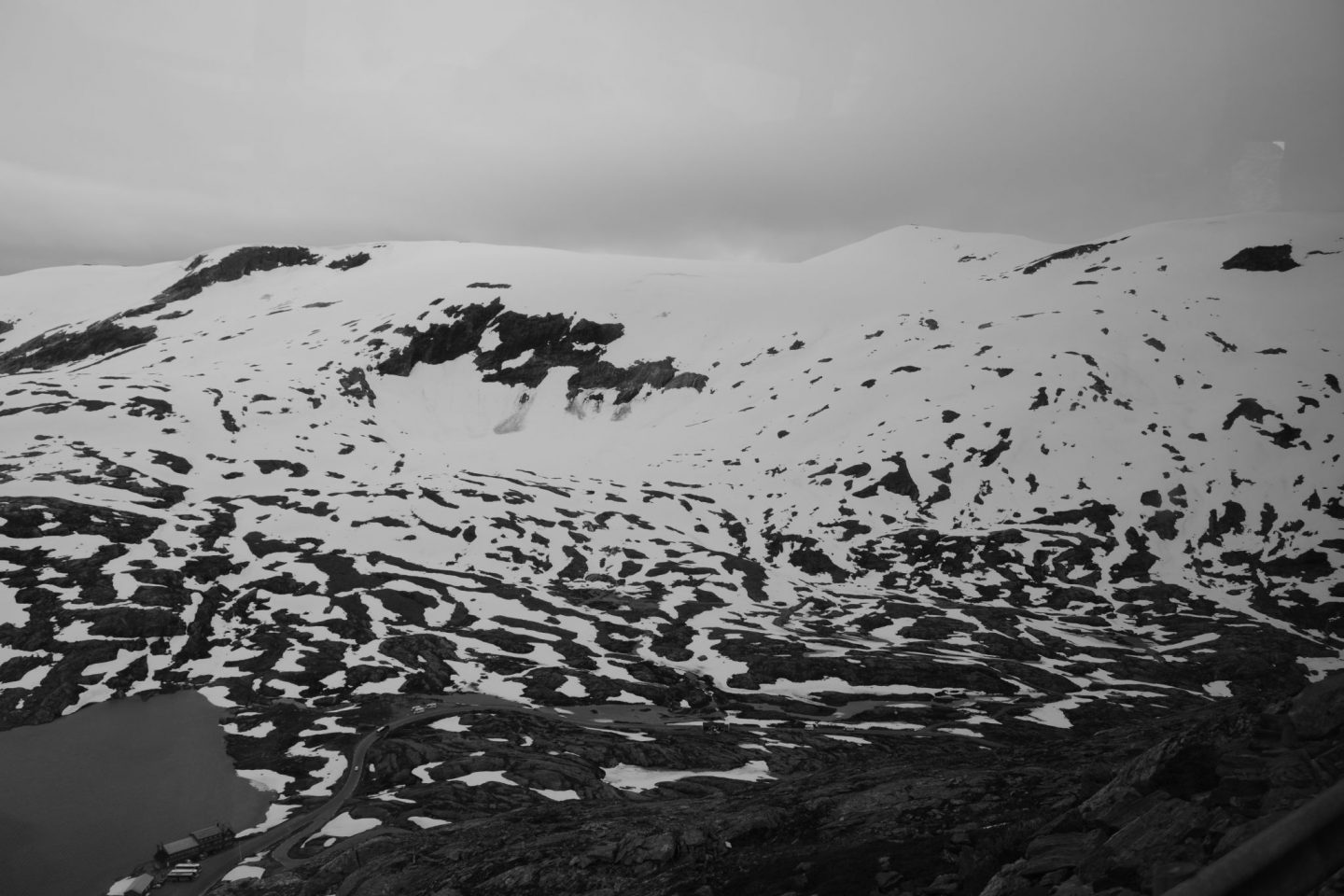 The view at the top of the mountain absolutely took my breath away.  I looked down and I saw our cruise ship which looked no bigger than an ant. The fjord – and the serene water – looked tiny below. 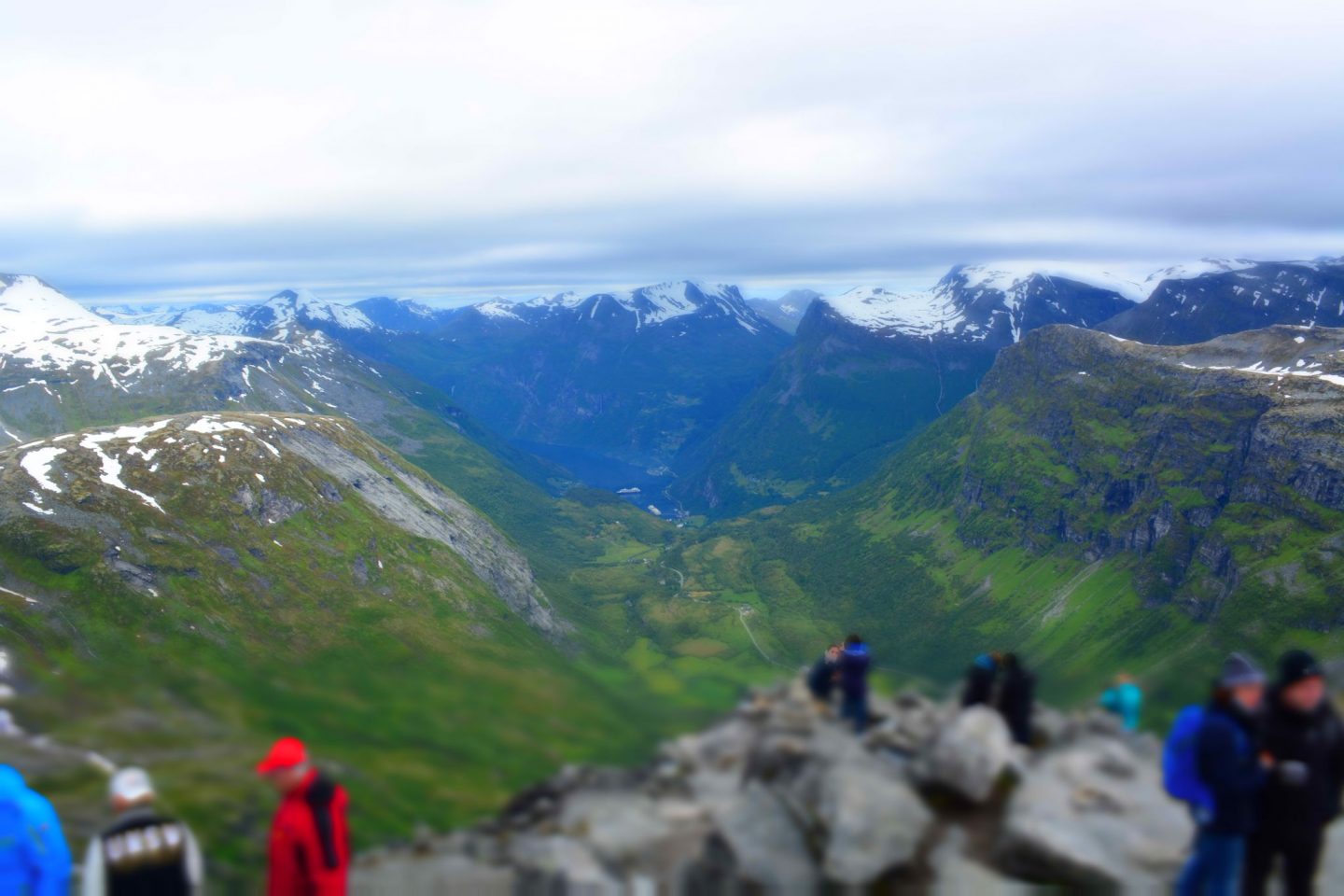 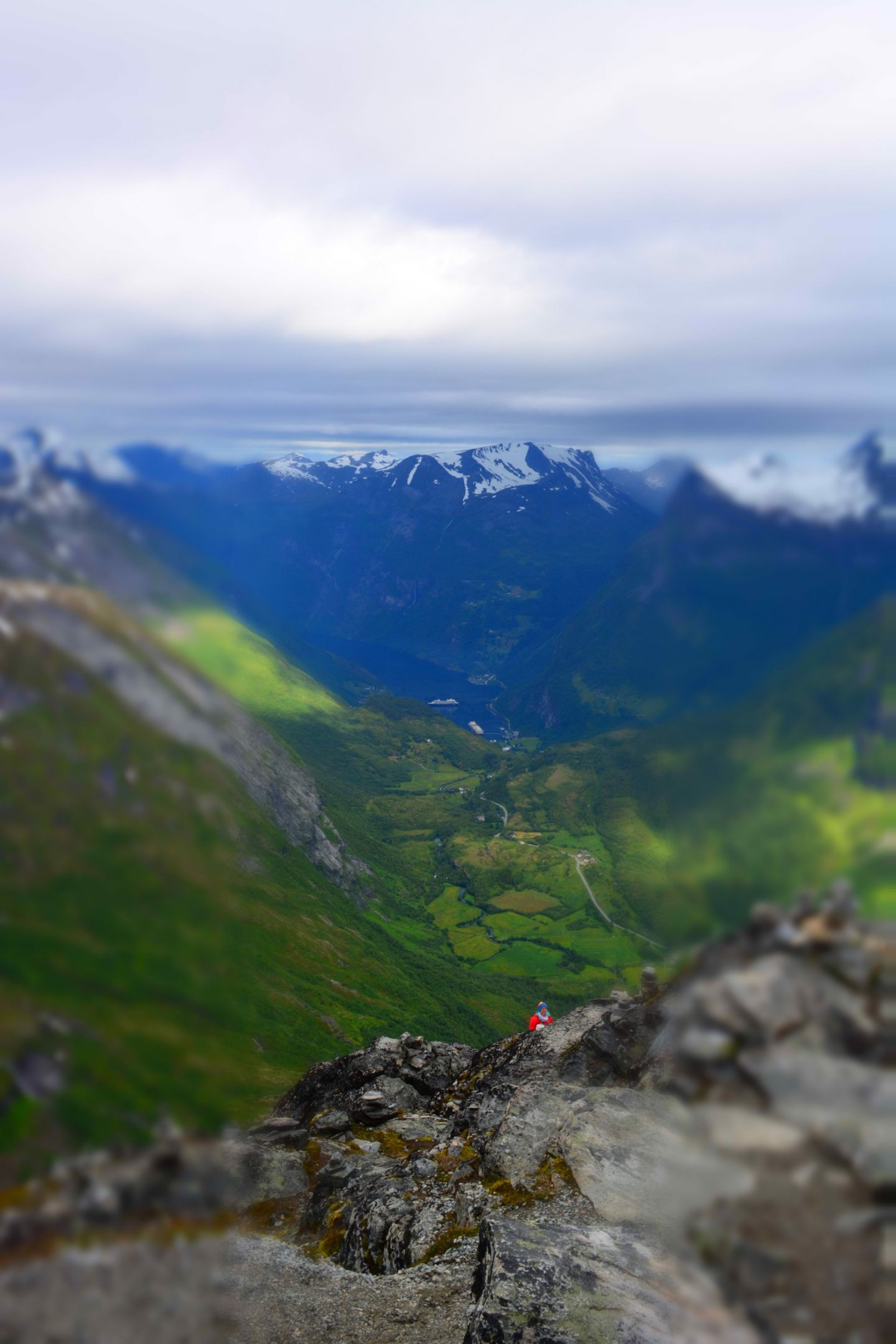 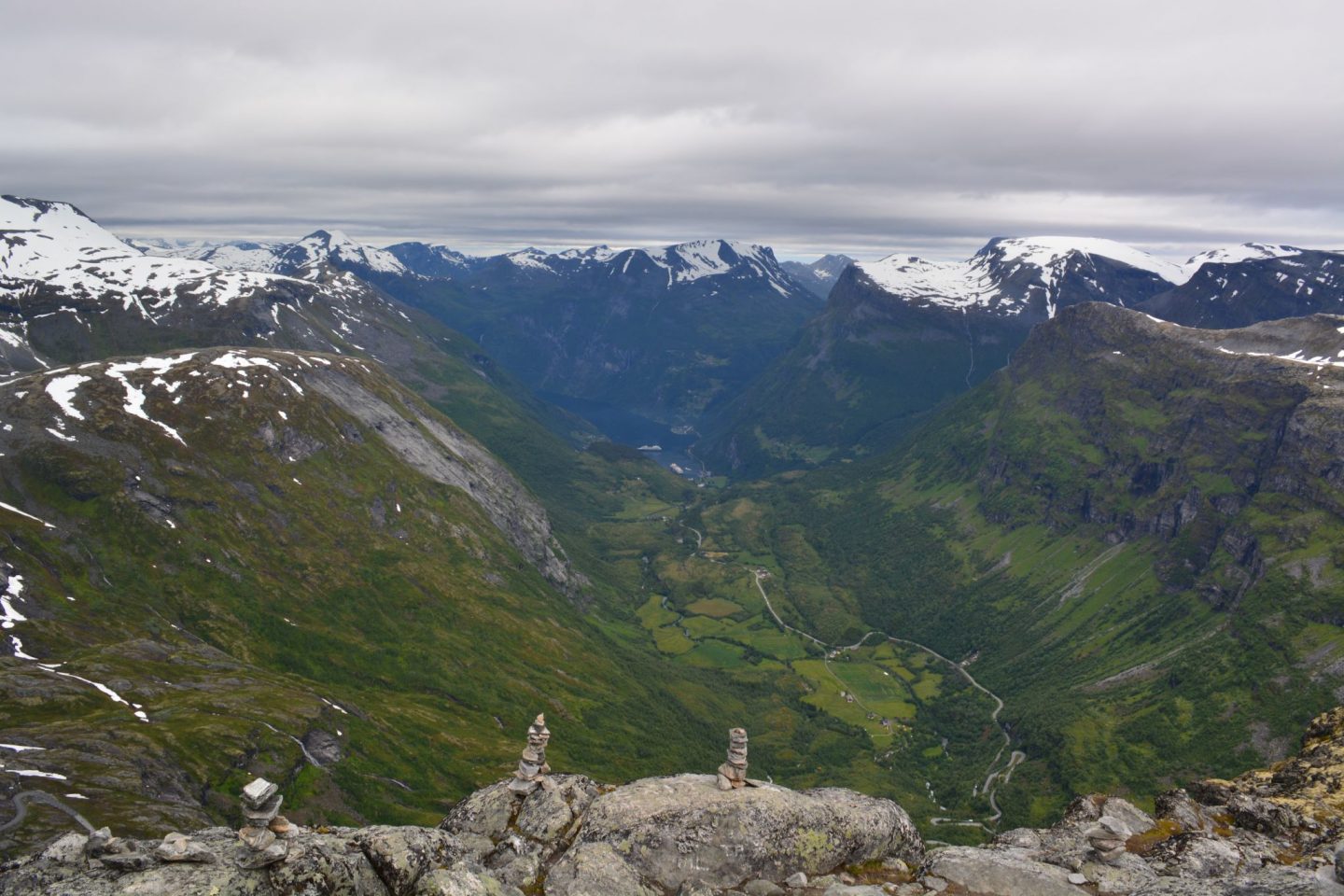 In that moment, you feel small but big at the same big. Small because you’re just a tiny human, seemingly so insignificant, in the middle of this grand landscape that has mountains that have been there for thousands of years longer than you have. But you feel big because everything around you – including yourself – feels so infinite and powerful. An unstoppable force of nature. I find it hard to describe exactly what I felt as I stood tall on a rock, overlooking the view, and feeling the mountain air against my cheek. It’s hard to describe how in touch you feel with Mother Nature, and with the universe at that moment. 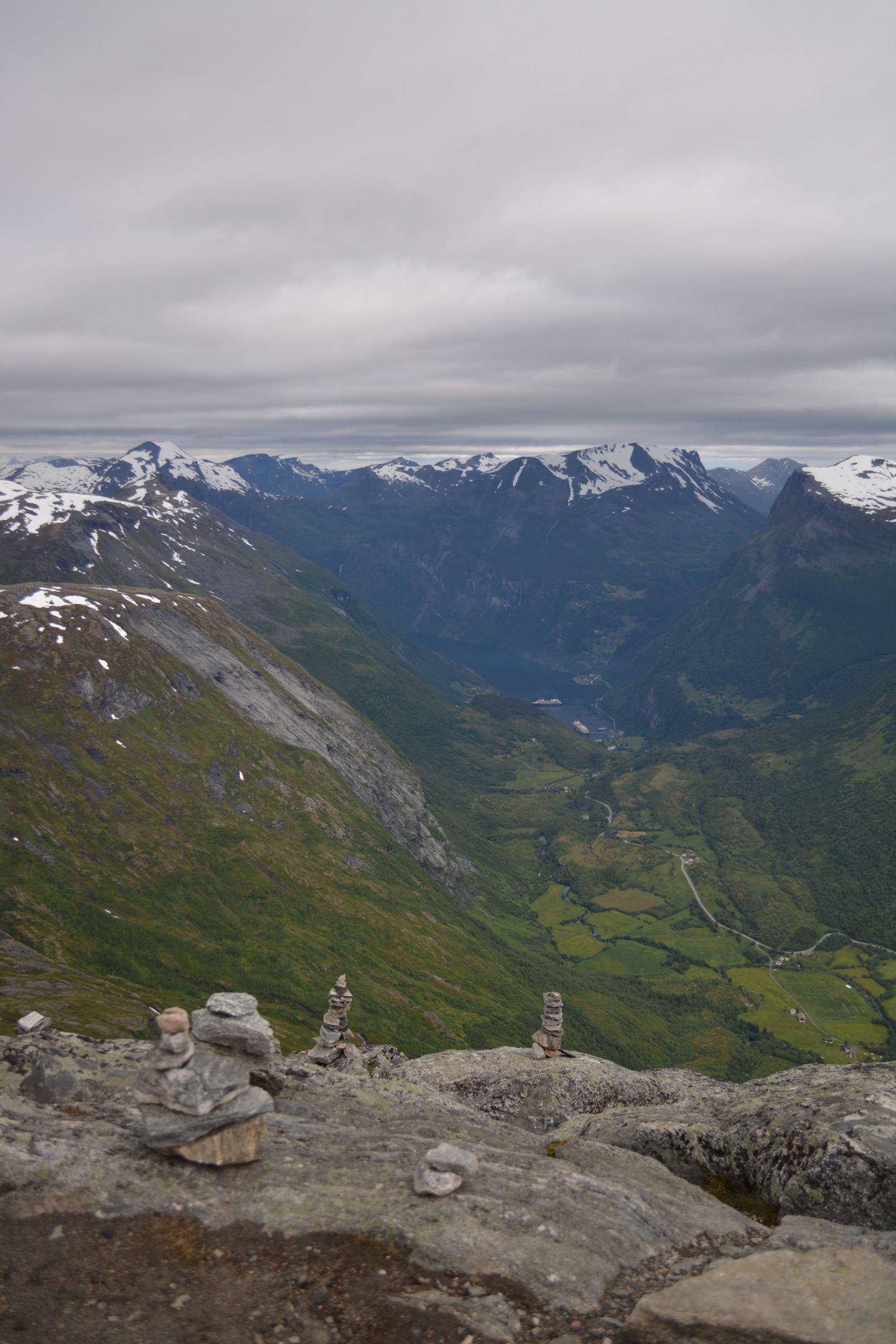 After the trip to the top of the mountain, we made our way back down to pay a visit to the Norwegian Fjord Center. It tells the story of the West Norwegian Fjords, a UNESCO Heritage site. We had a short tour of the museum, which offered a look into past life in the fjords and the culture of the area. We also watched a stunning panoramic film of the fjord in all 4 seasons.

Our final stop of the tour was another great view of Geirangerfjord. Our tour guide took us to the Eagle’s Bend, which let us see the fjord from the opposite side. It’s a good place to stop IF you have the time. (I recommend Dalsnibba over this) To our left was our cruise ship, still looking tiny docked in the water. To our right was the boundless fjord and the crystal clear waters, which seemed to go on for miles on end. I only wish the weather was better! If we had had blue skies, the water would have no doubt reflected the colour above. The grandeur of a fjord landscape always relies on the weather forecast and unfortunately, in Norway at this time of year (July/August), bright, sunny days are hard to come by. 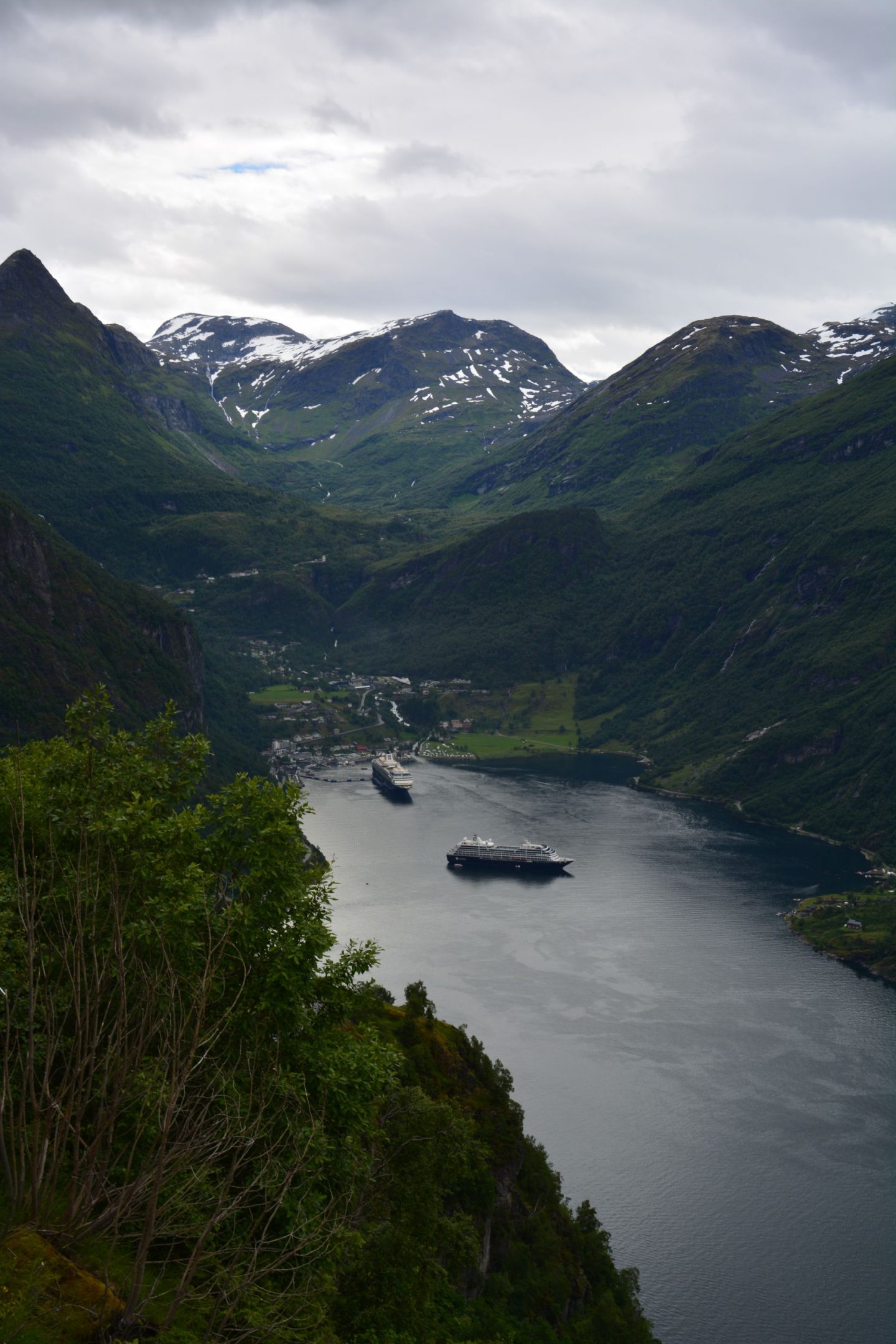 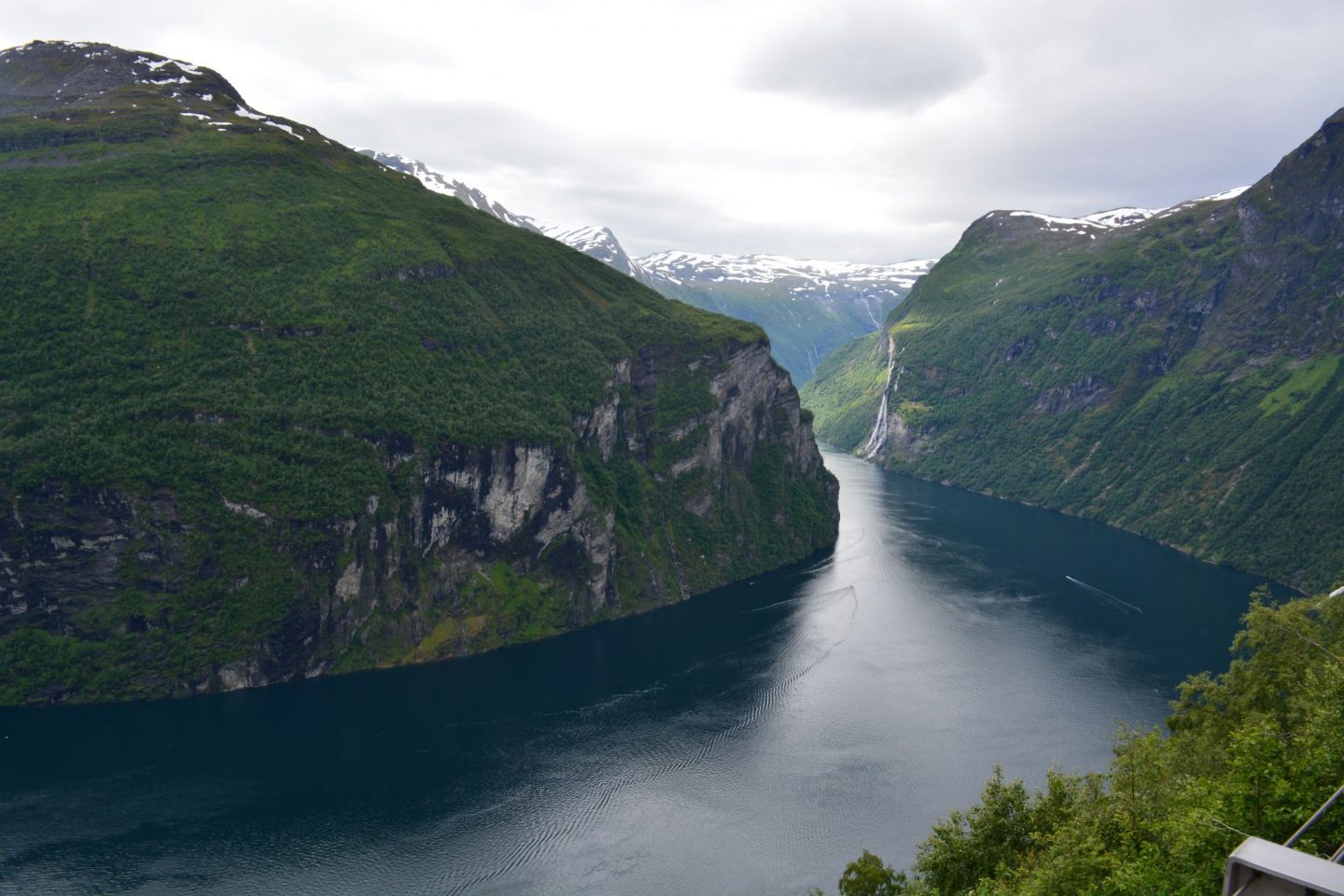 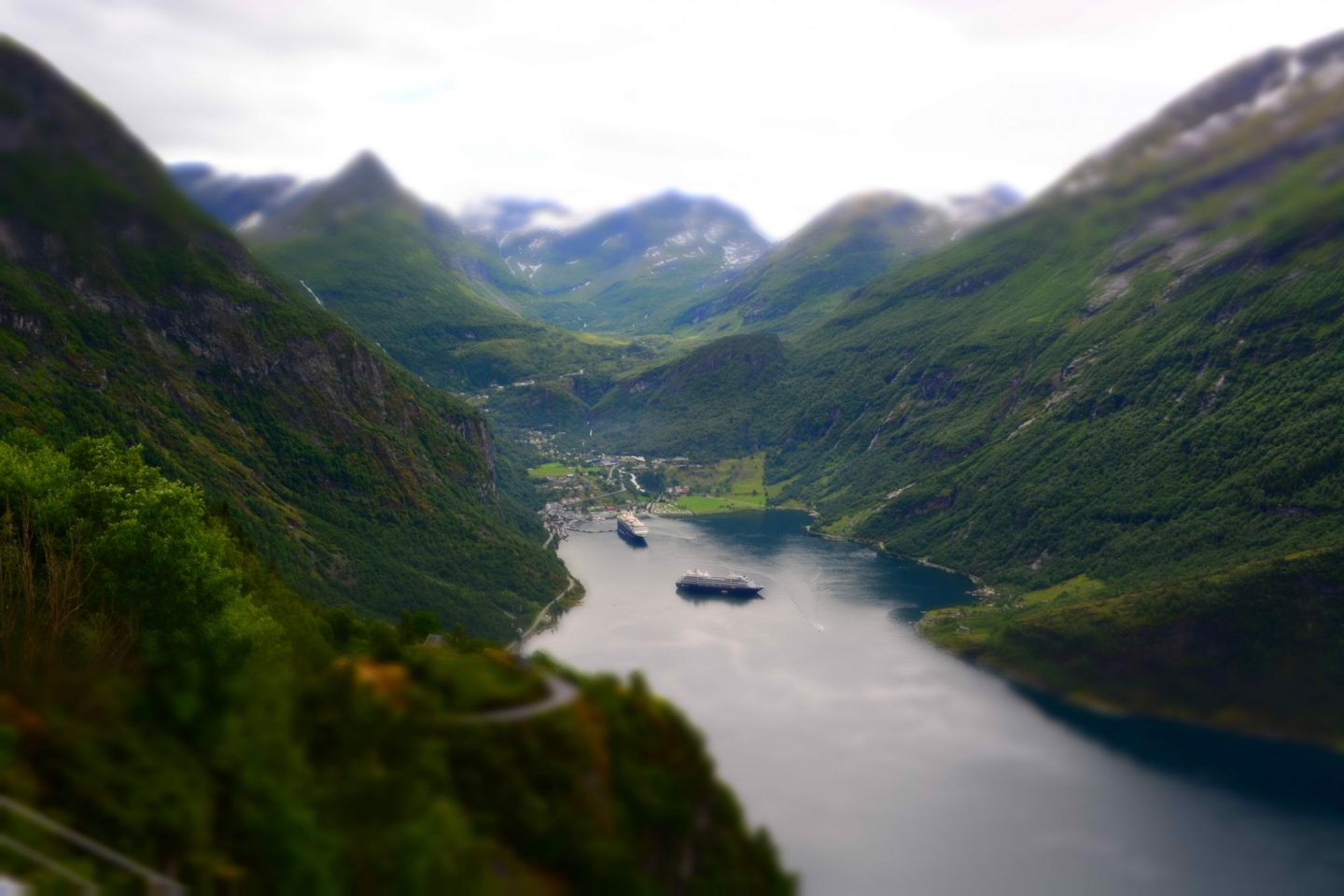 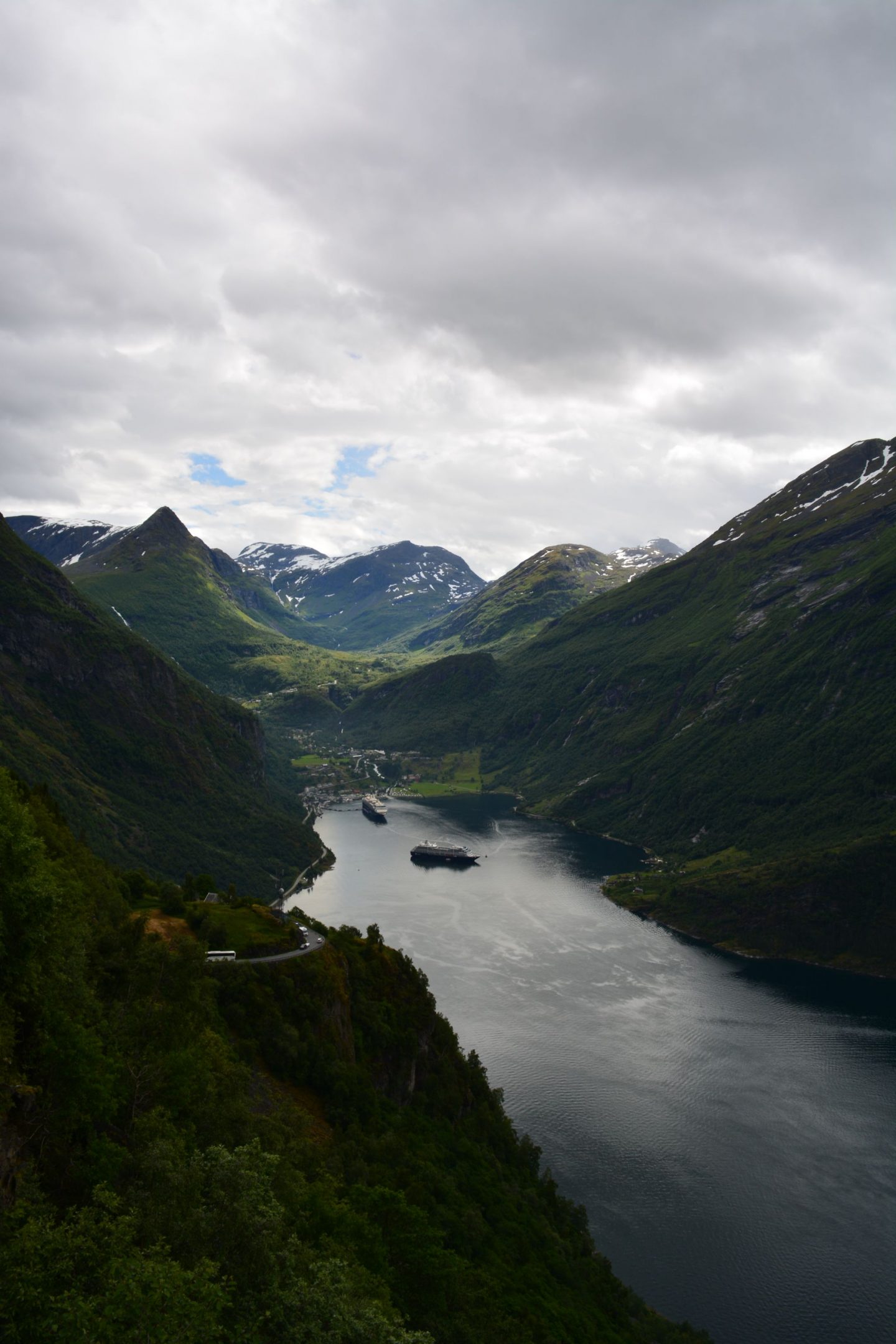 So, this, essentially, is Norway. It’s breath-taking, serene, absolutely stunning, and light. It is fjords, it is mountains and seas, it is green and blue. It is everything that I adore about nature, and this is why I keep finding myself back in this Scandinavian country. Norway, you have my heart. 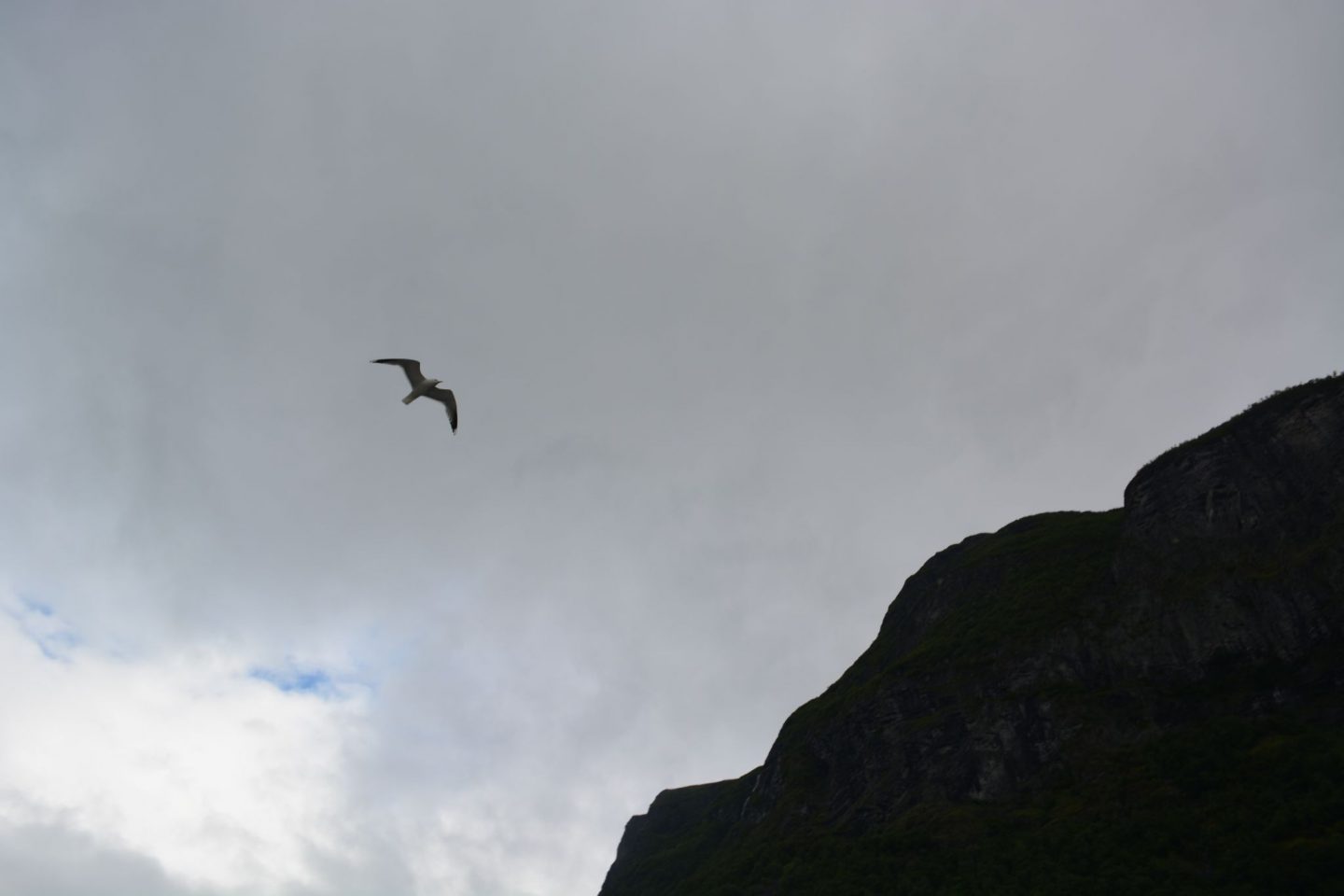 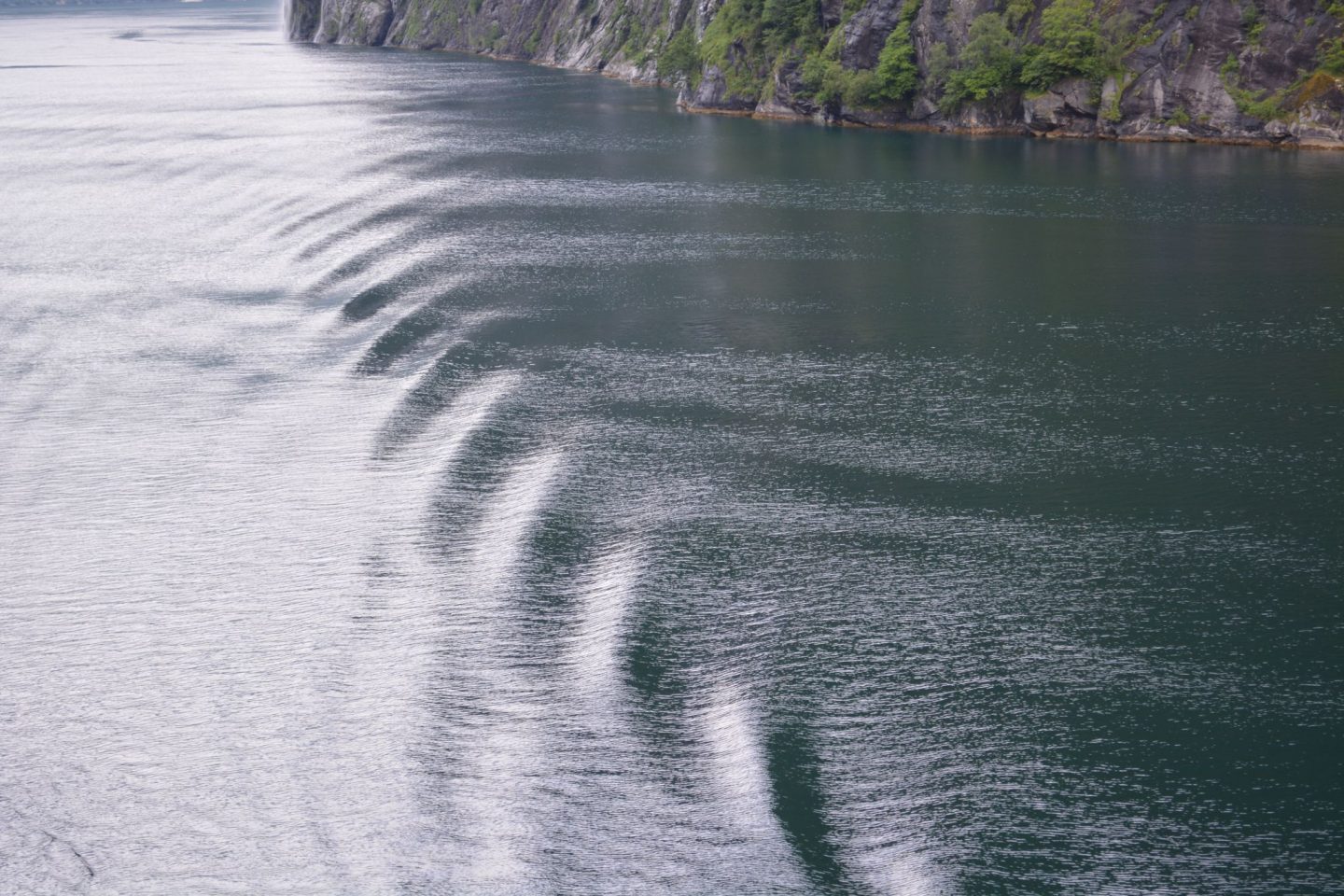 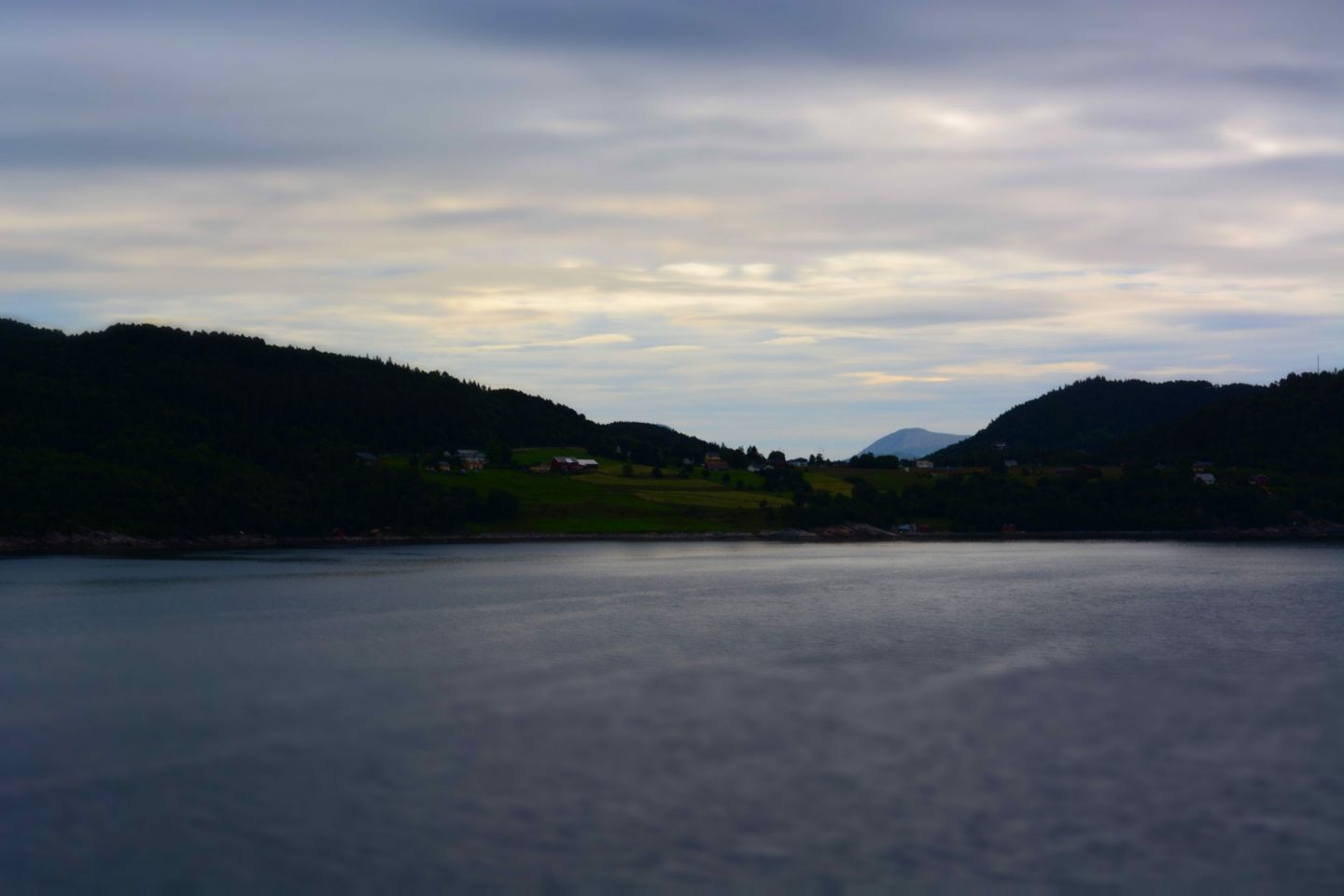 Keep an eye out for the next post! We’re heading all the way to the Shetland Islands! (I won’t forget the Shetland ponies, don’t worry.)