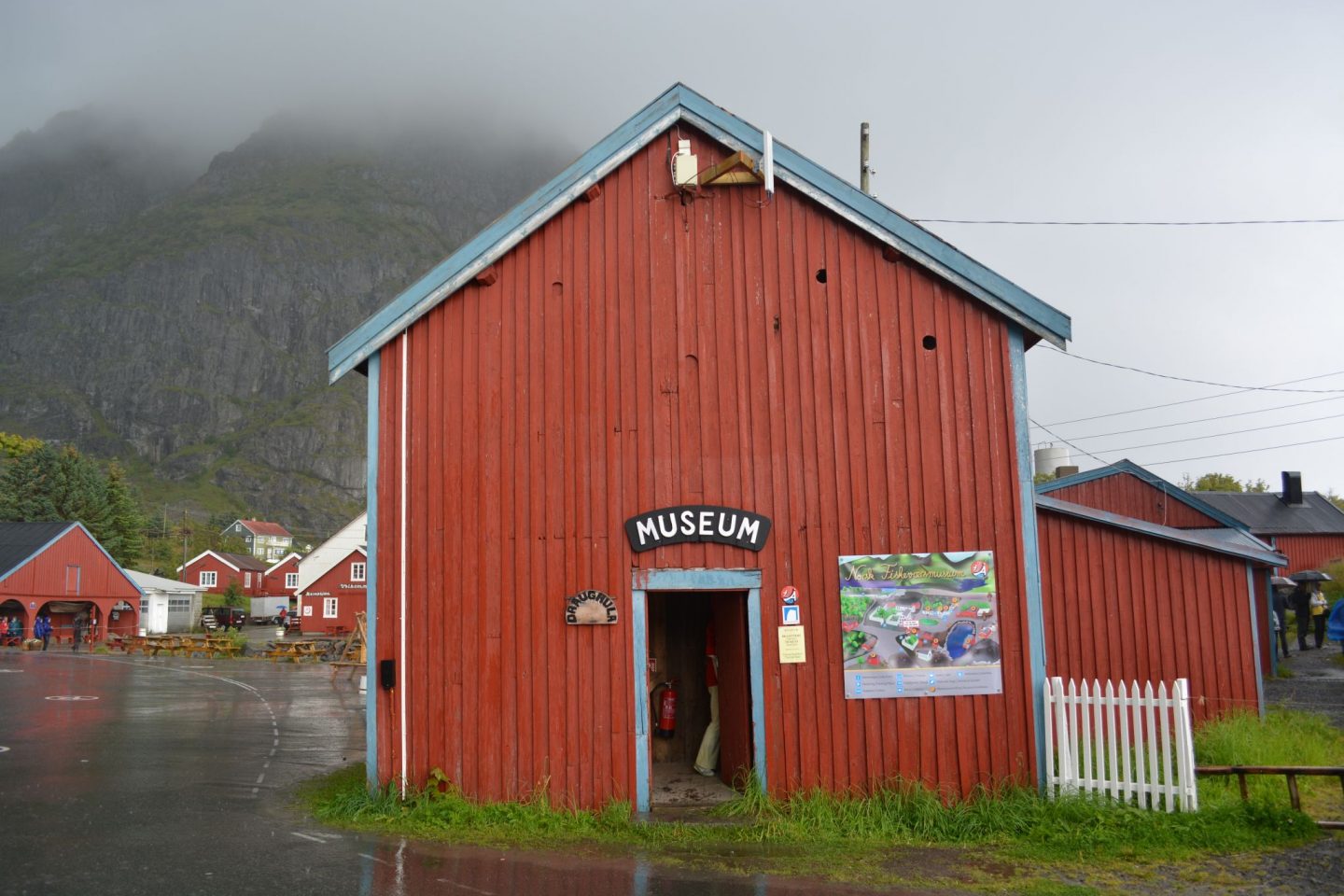 And I’m officially back to continue and finish off the “Escape to Norway 2016” blog series. Yes, it’s been a while, but even during the frenzy of deadlines, work, never ending project tasks, and the start of the new year, I didn’t forget about where I had left off in picture-perfect Norway. The fjords were always on my mind. So now on to our next stop: Gravdal and the Lofoten Islands. Get ready for another day of wind and rain! (Or just another day in Norway, you could say.)

I have to admit: Gravdal and the Lofoten Islands was not my favourite stop. Many of the views were great, but the rain kept coming down hard that day. Looking back, many of my memories of that port are just sheets of rain and soaking clothes. Many memories of great attractions were tarnished by the ongoing pouring of rain.

Our first stop for the day was the Norwegian Fishing Village Museum, which was an open-air museum outdoors (Not the best type of museum when you consider the weather) It was established in 1989 and here, you can learn more about life in the fishing village and the Lofoten fishery over the past 200 years. We wandered into an old cod liver oil factory, an old bakery, and we even got to watch a blacksmith in action. 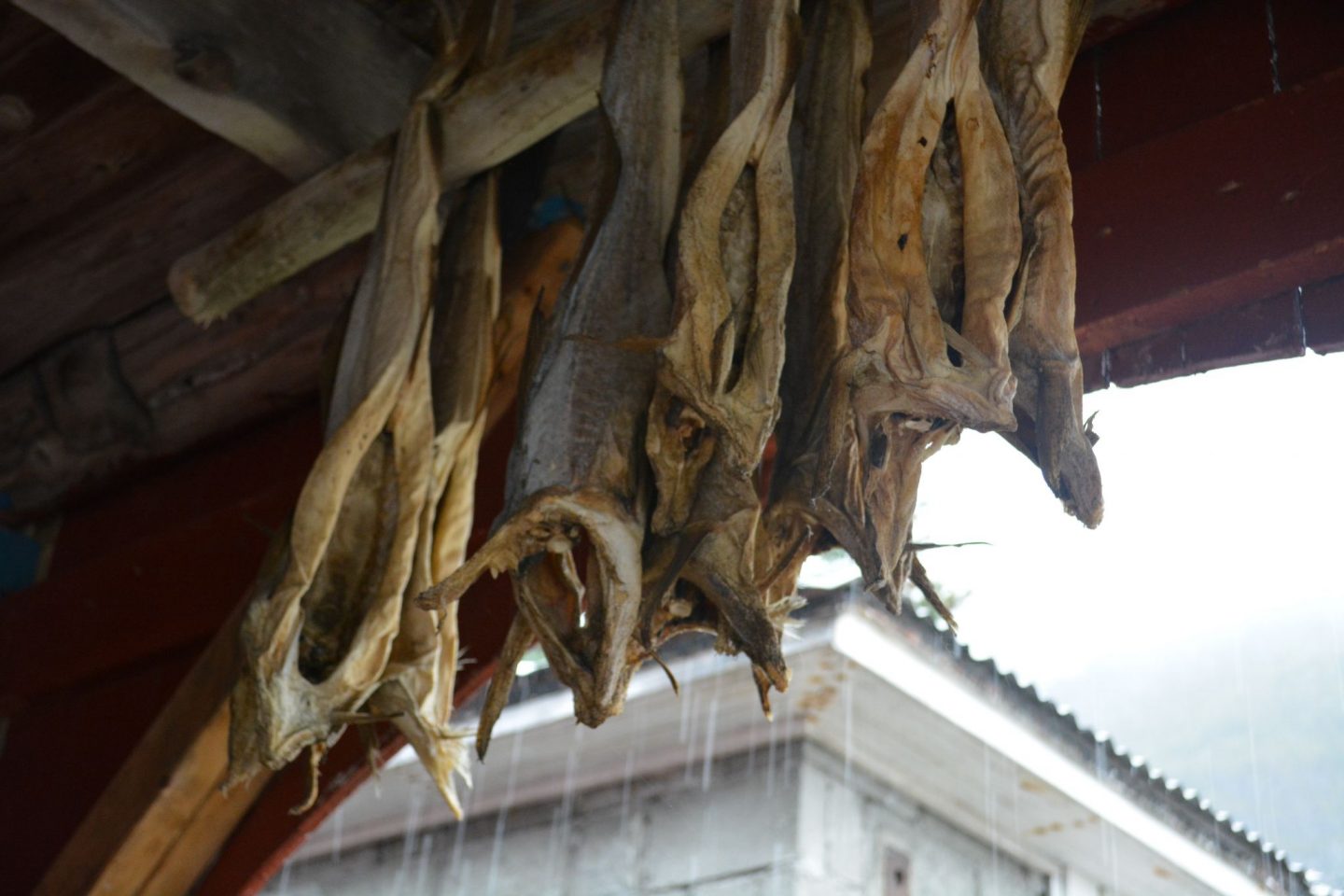 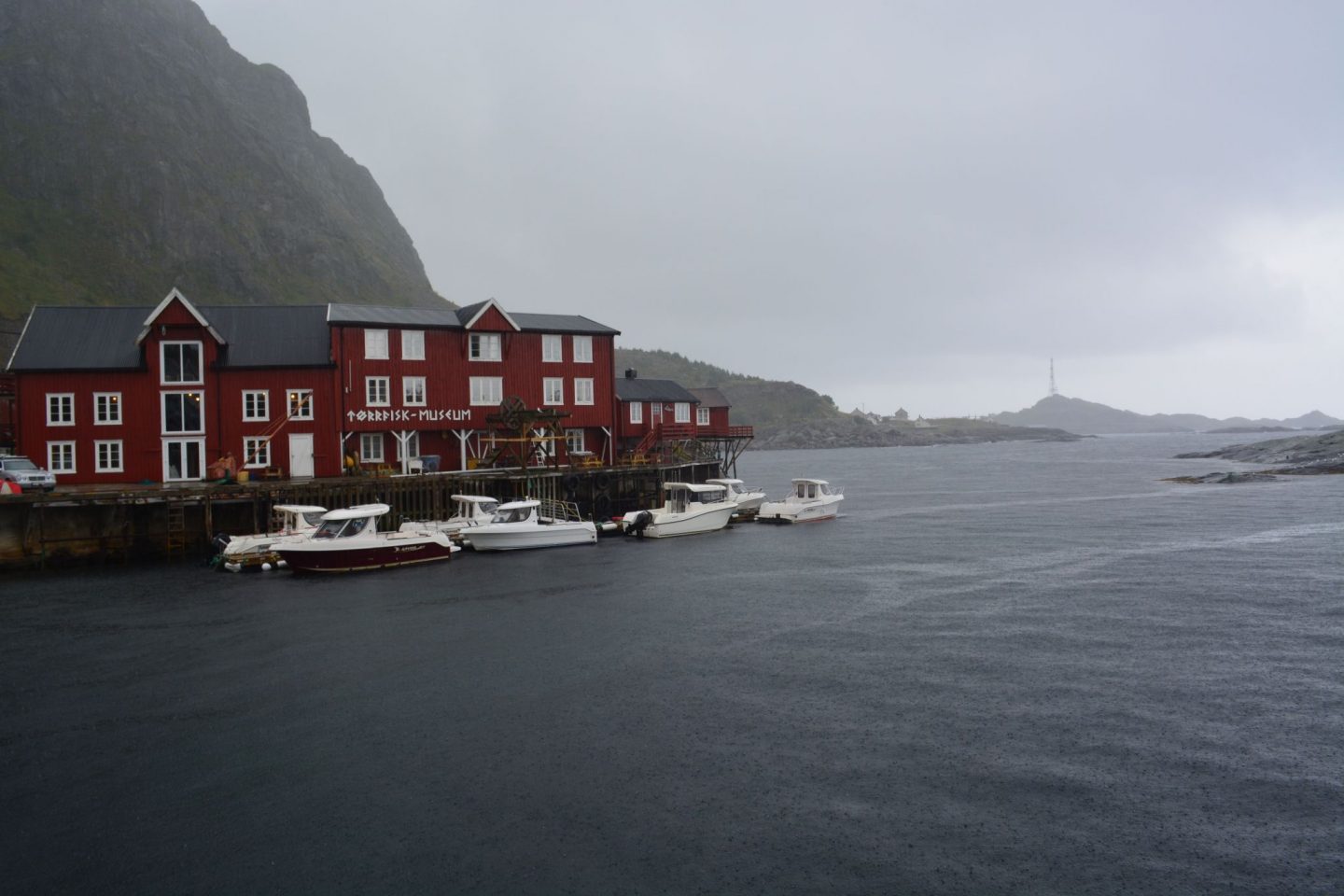 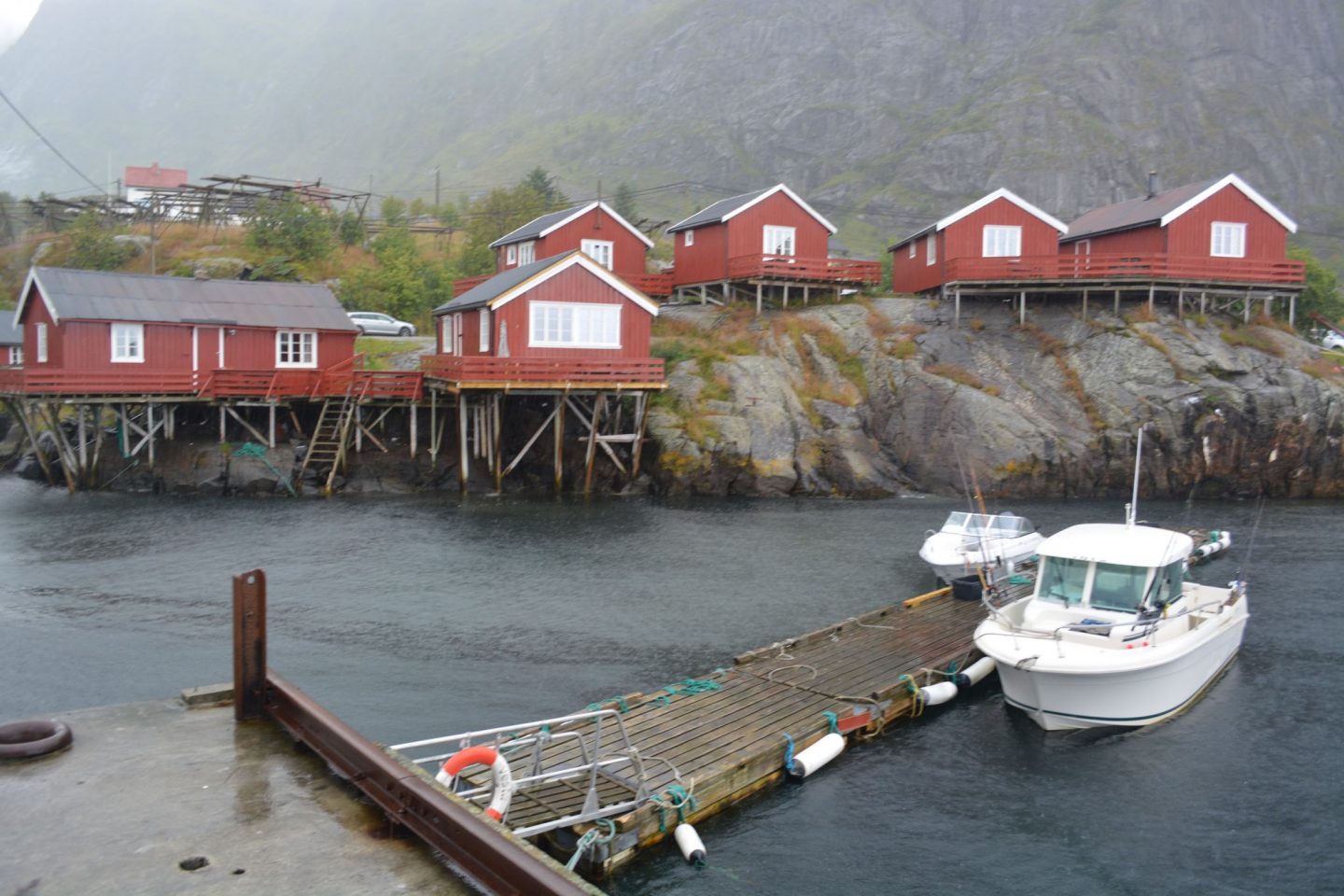 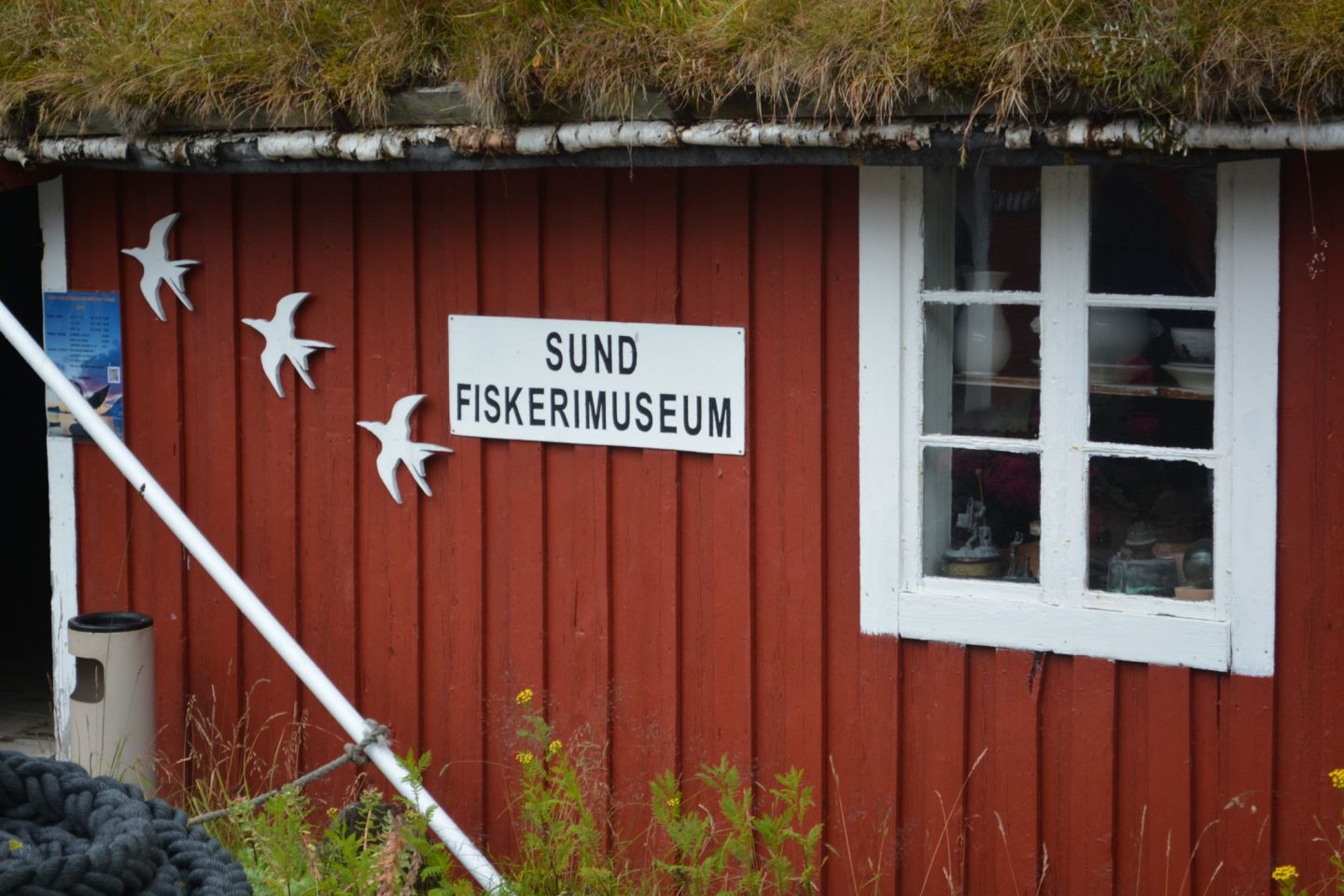 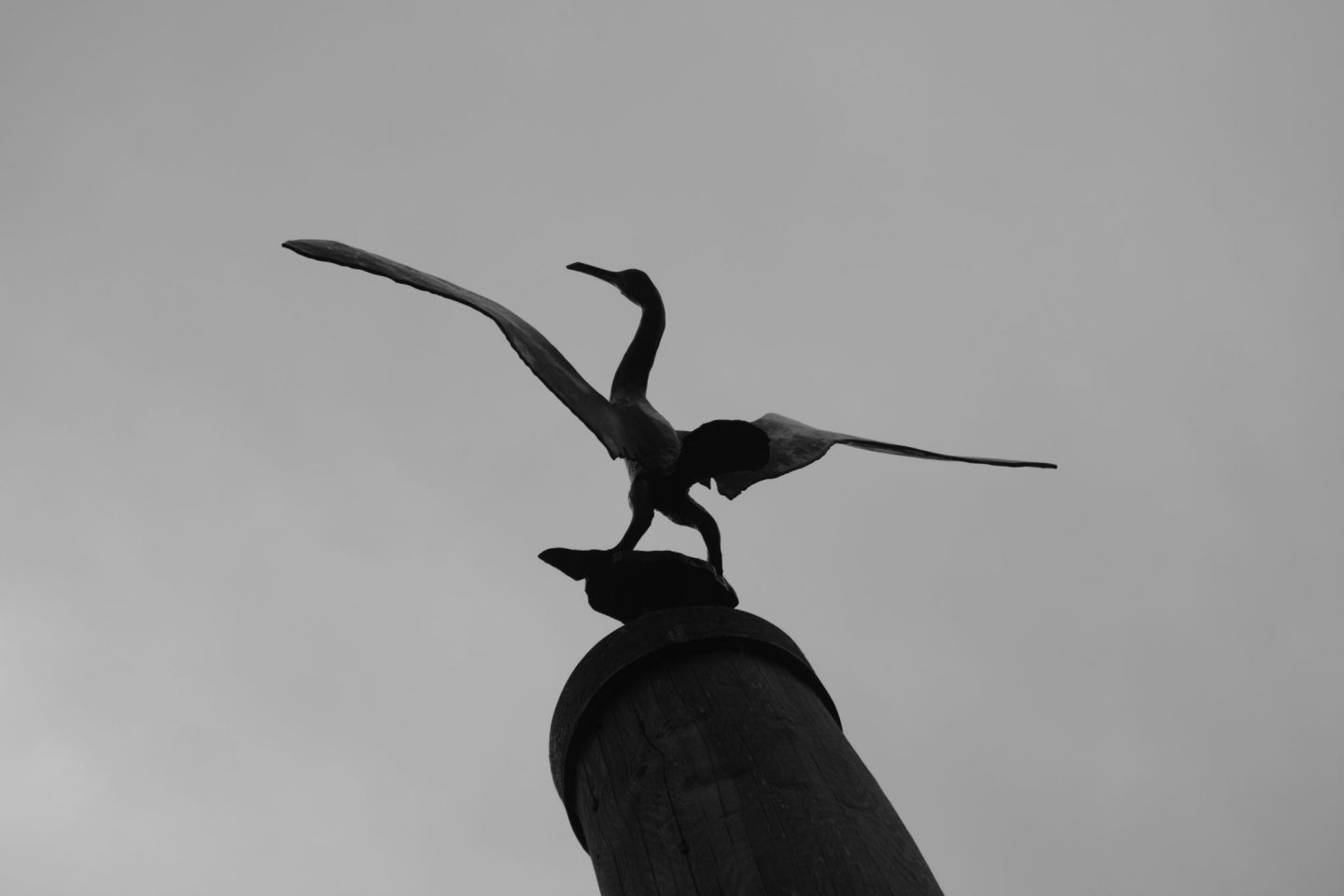 Fast forward another few hours of rain and we reach Nusfjord, the gem of the Lofoten Islands. And what was even better than Nusfjord? The weather when we got there. The clouds started to clear up and the sun started to peek out from behind, warming all the shivering tourists. The sky’s light blue hue was revealed again, and as the umbrellas were shoved back into bags, I could see smiles on everybody’s face. It was as if Nusfjord knew we were coming and wanted to show off a little.

First, we enjoyed a nice lunch at the Karoline Cafe and Restaurant, as pictured below. 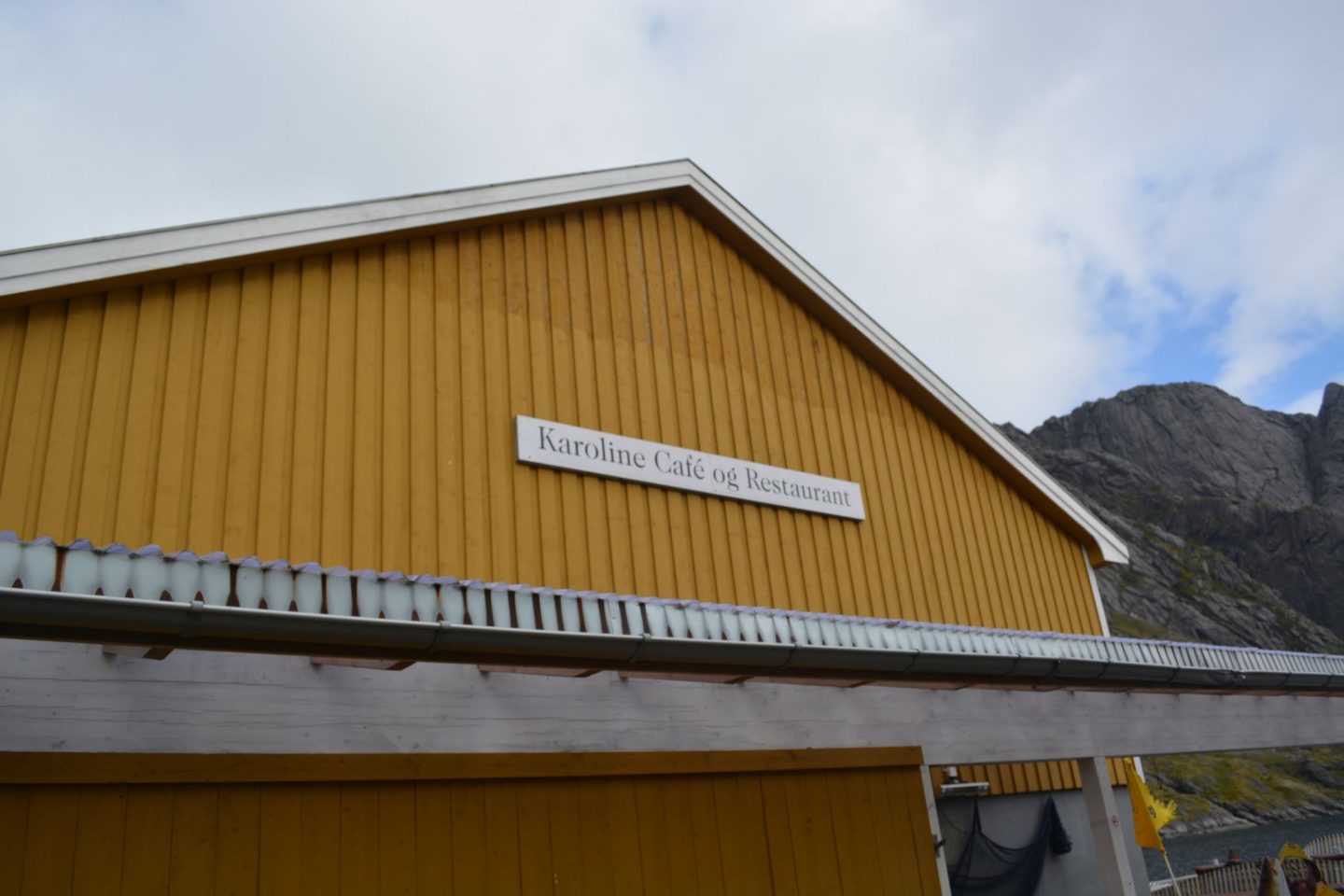 Then, we were given about 2 hours or so to just wander around. There were so many pictures to take and so much to see, but what did we do first? We sat right by the fjord and enjoyed the warmth of the sun coupled with the cool breeze of the fjord. We closed our eyes, tilted our heads back to face the sun, and we sat in silence for a while, breathing in the crisp Norwegian air.

Everything about Nusfjord was amazing and really lifted all our spirits. Try to spend as much time here as you can and if possible, even bring along some of your own food for a picnic right by the fjord. There are lots of benches and sitting room.

You can even wander into a couple of the yellow houses, where some of them feature small-scale museums on the fishing history. The yellow houses against the blue sky and the green foliage really made for some stunning photographs.

There is even a small, hidden trail that you can walk to get to the top of a small hill, which gives you a great view of the fjord and the buildings. 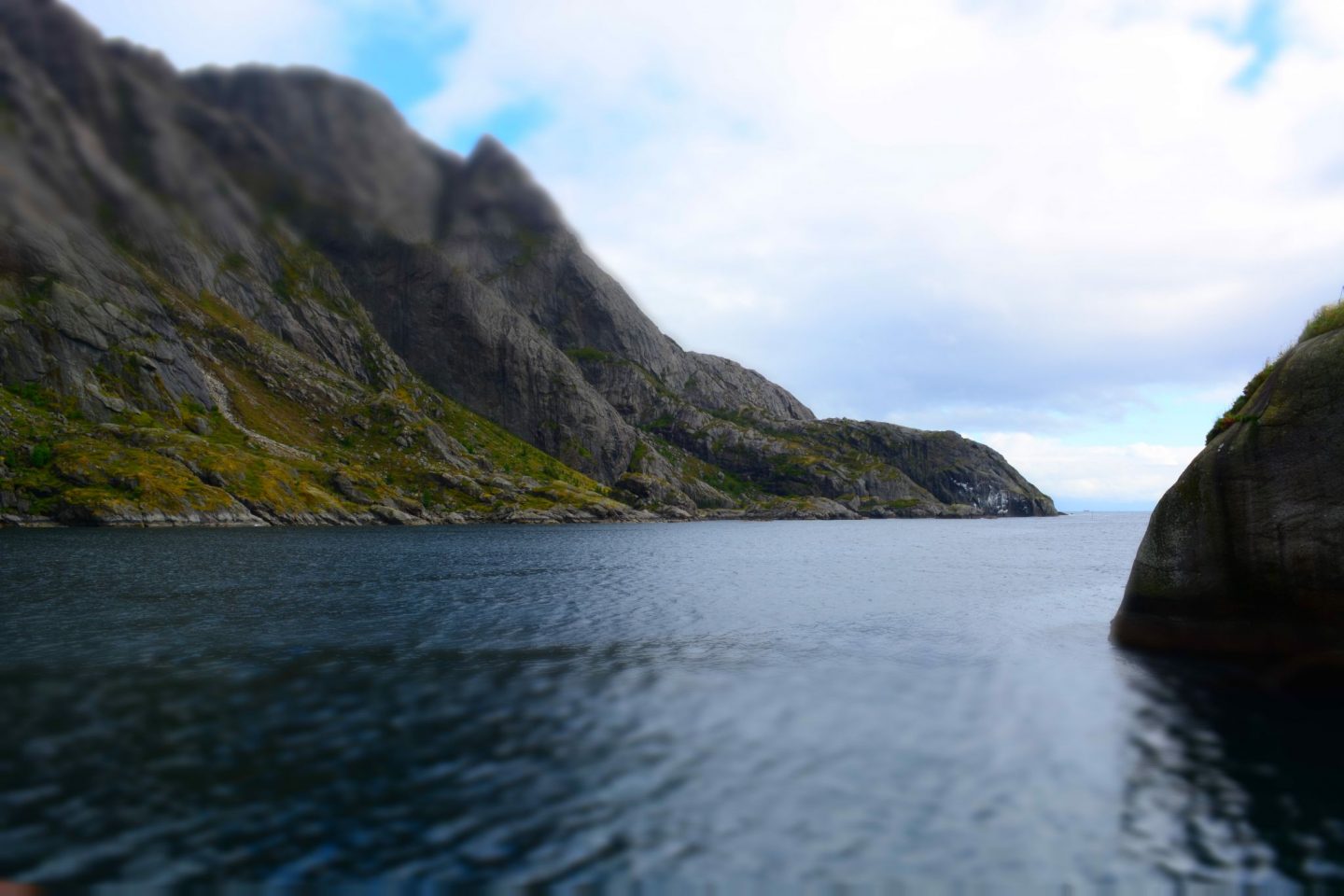 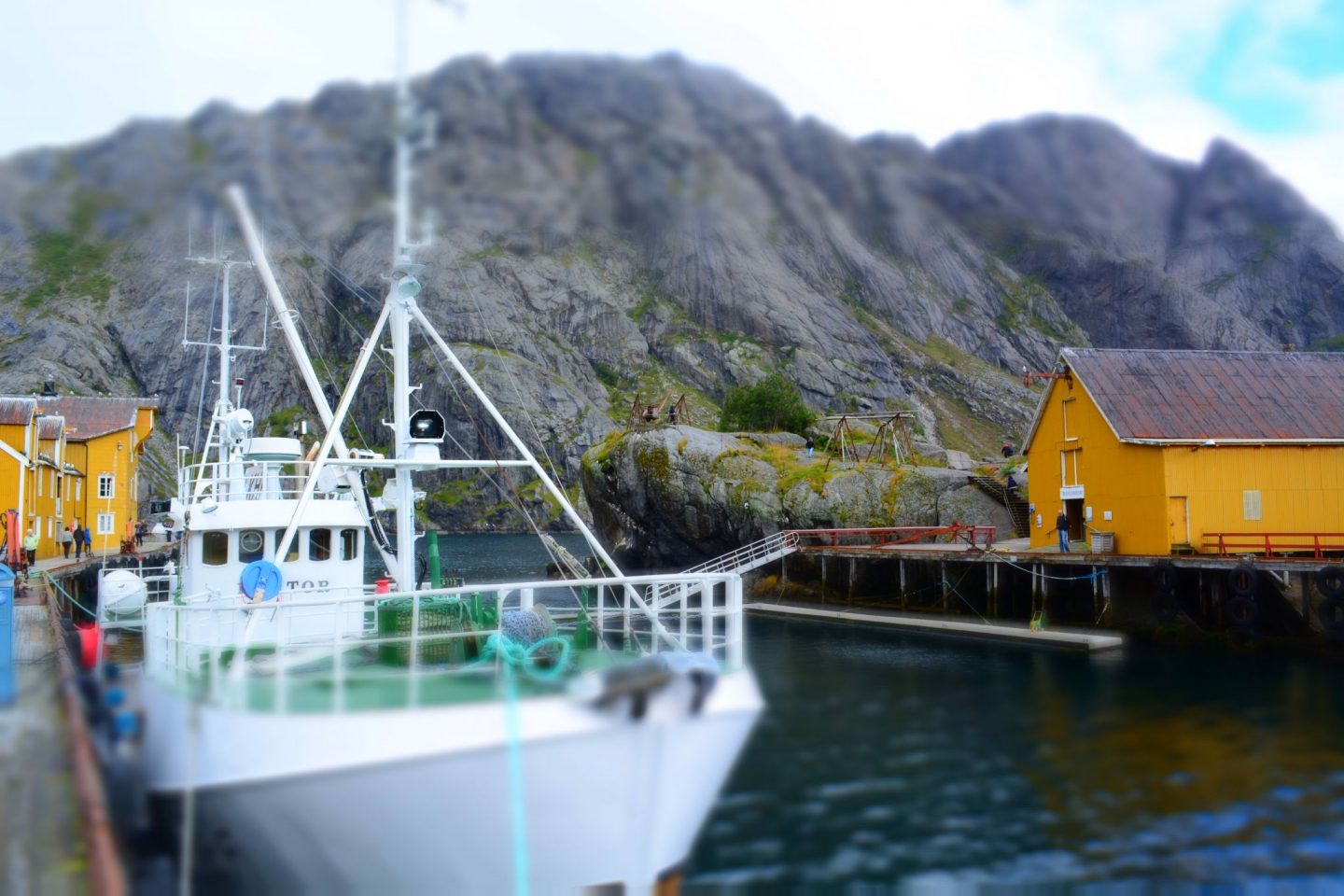 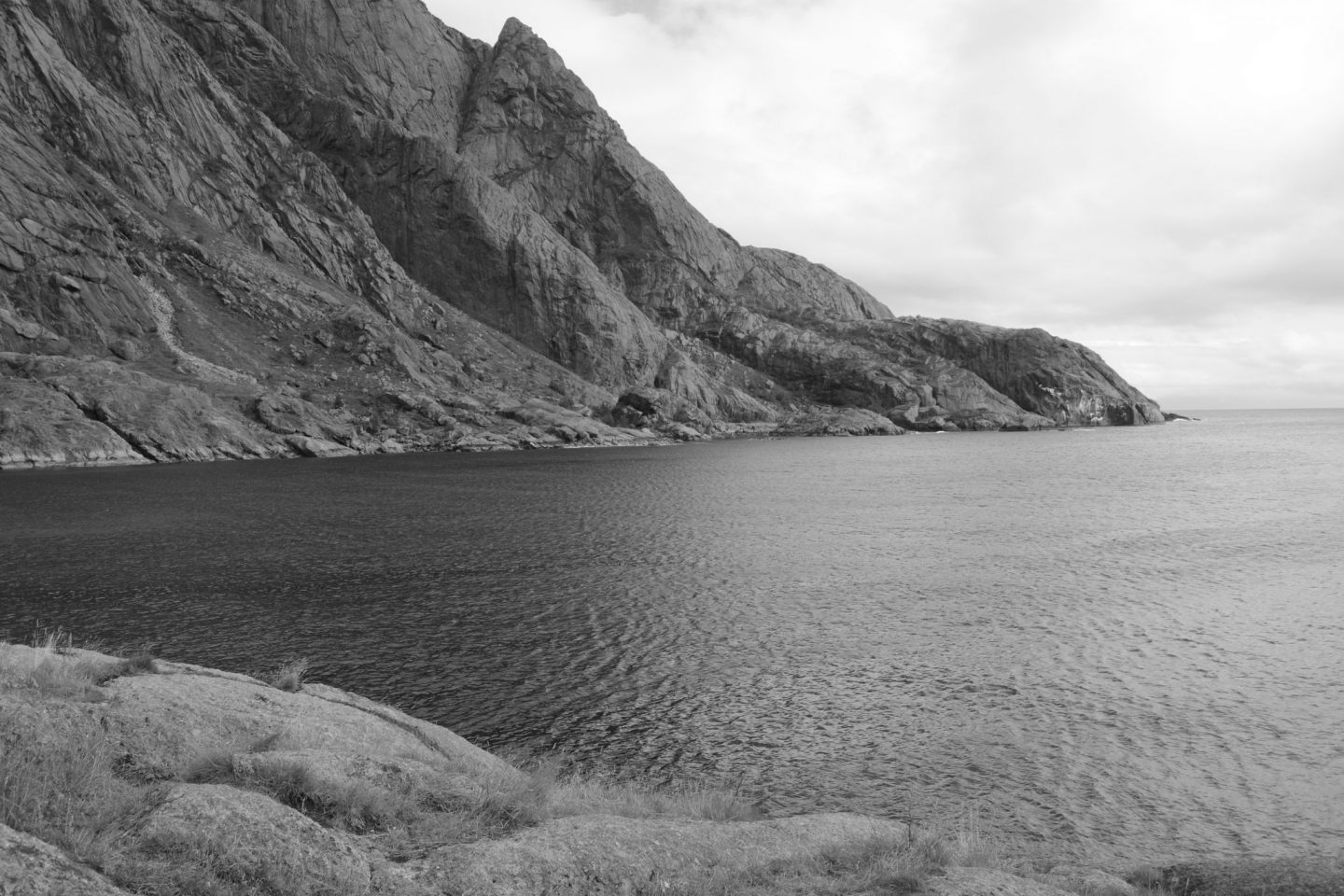 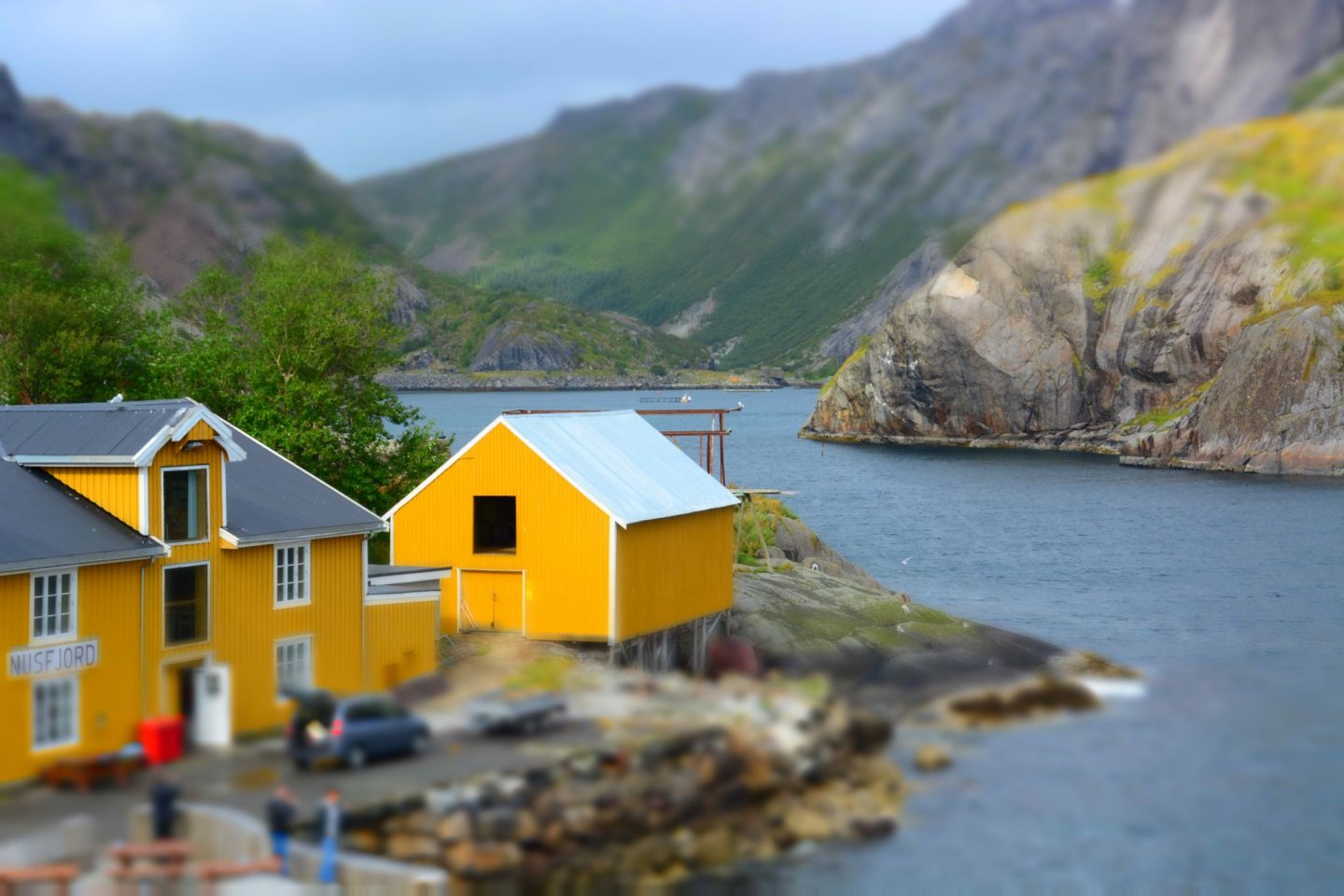 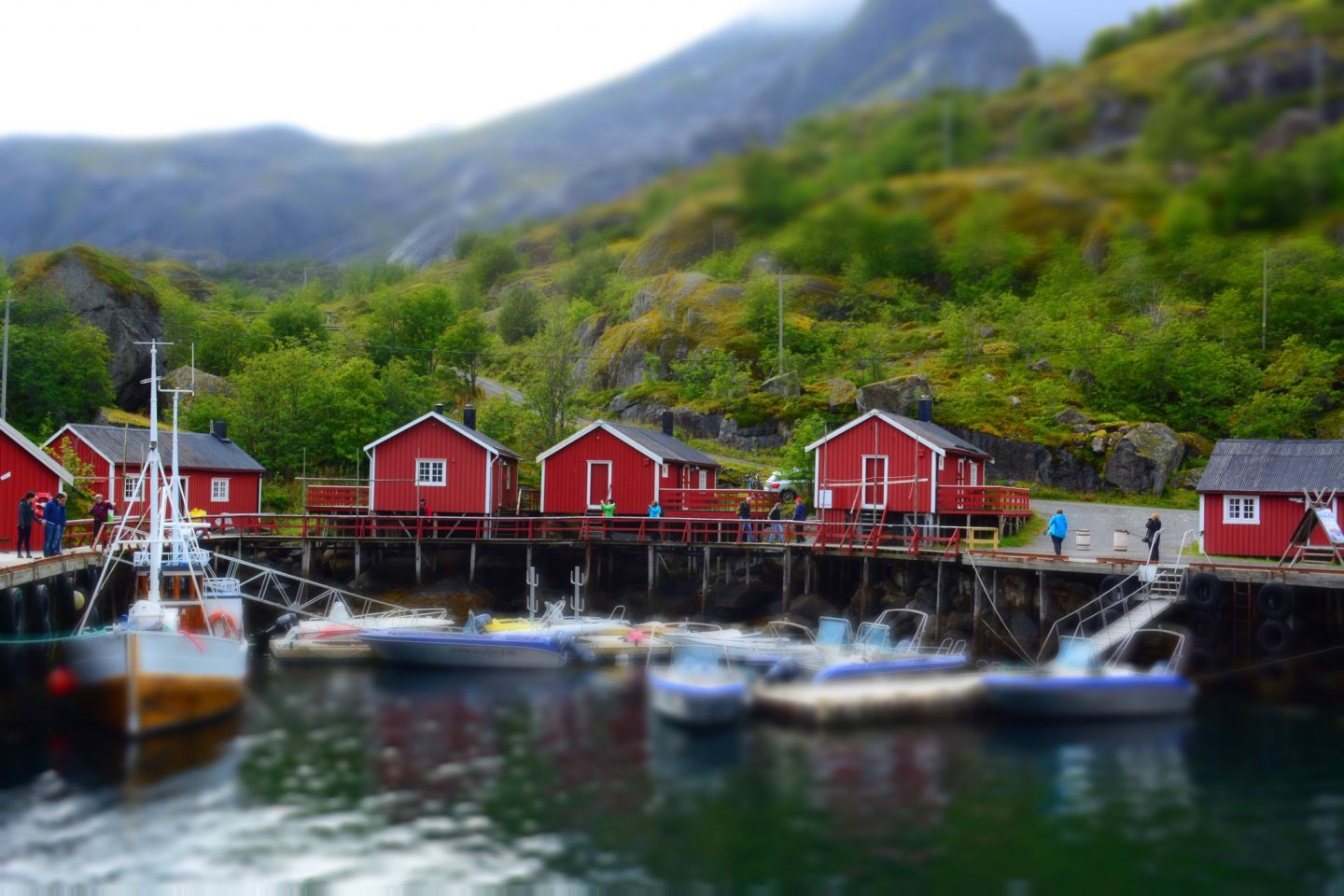 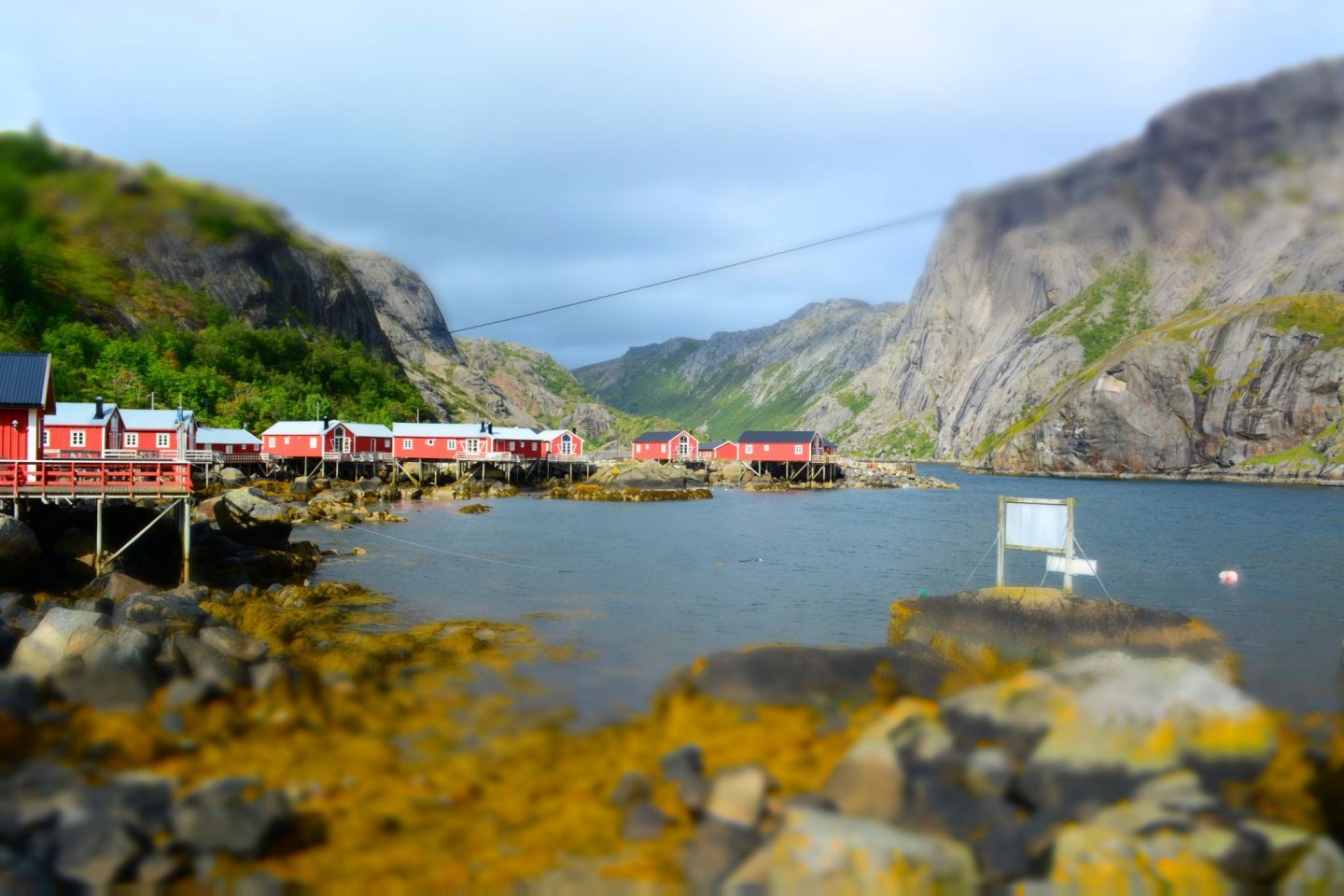 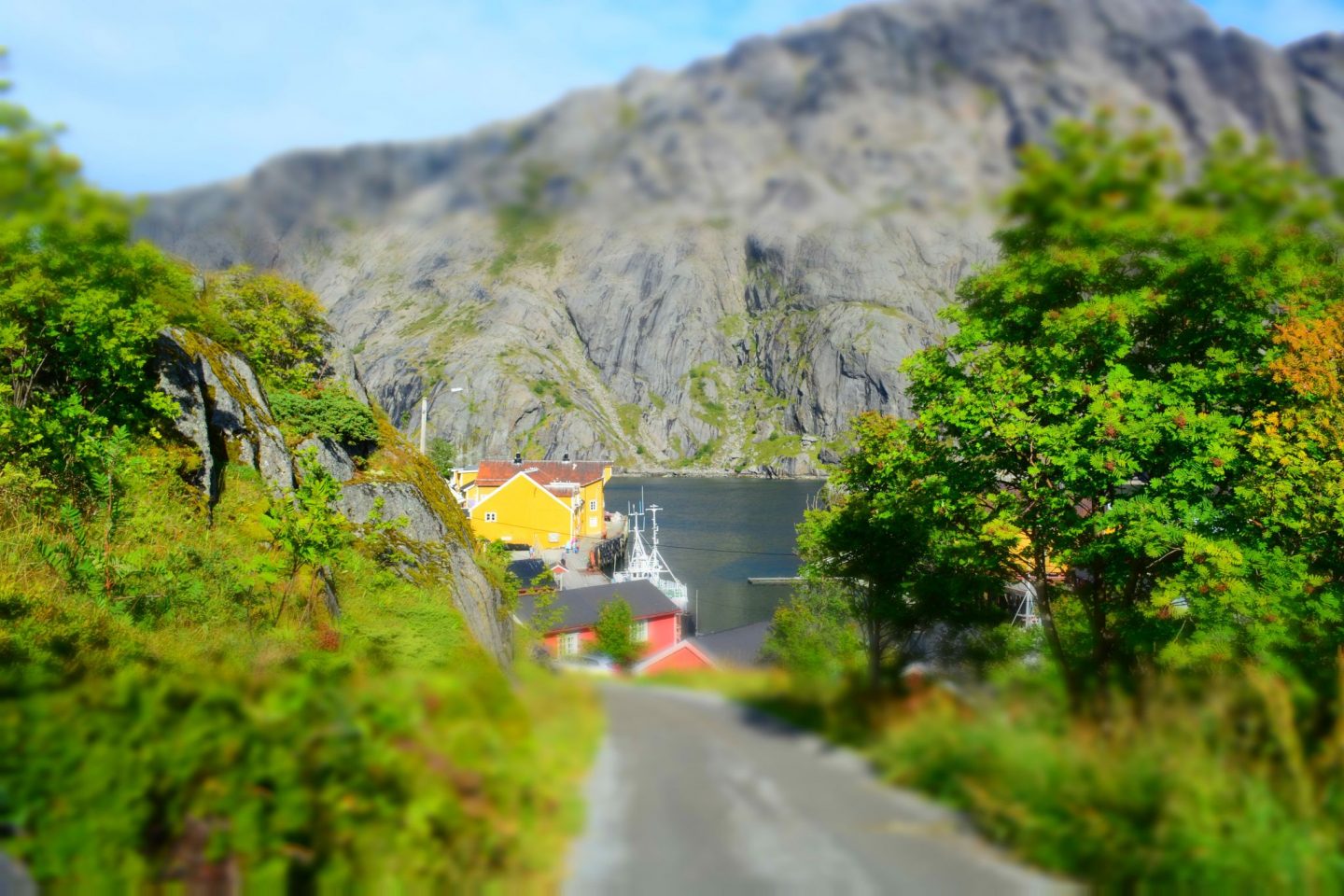 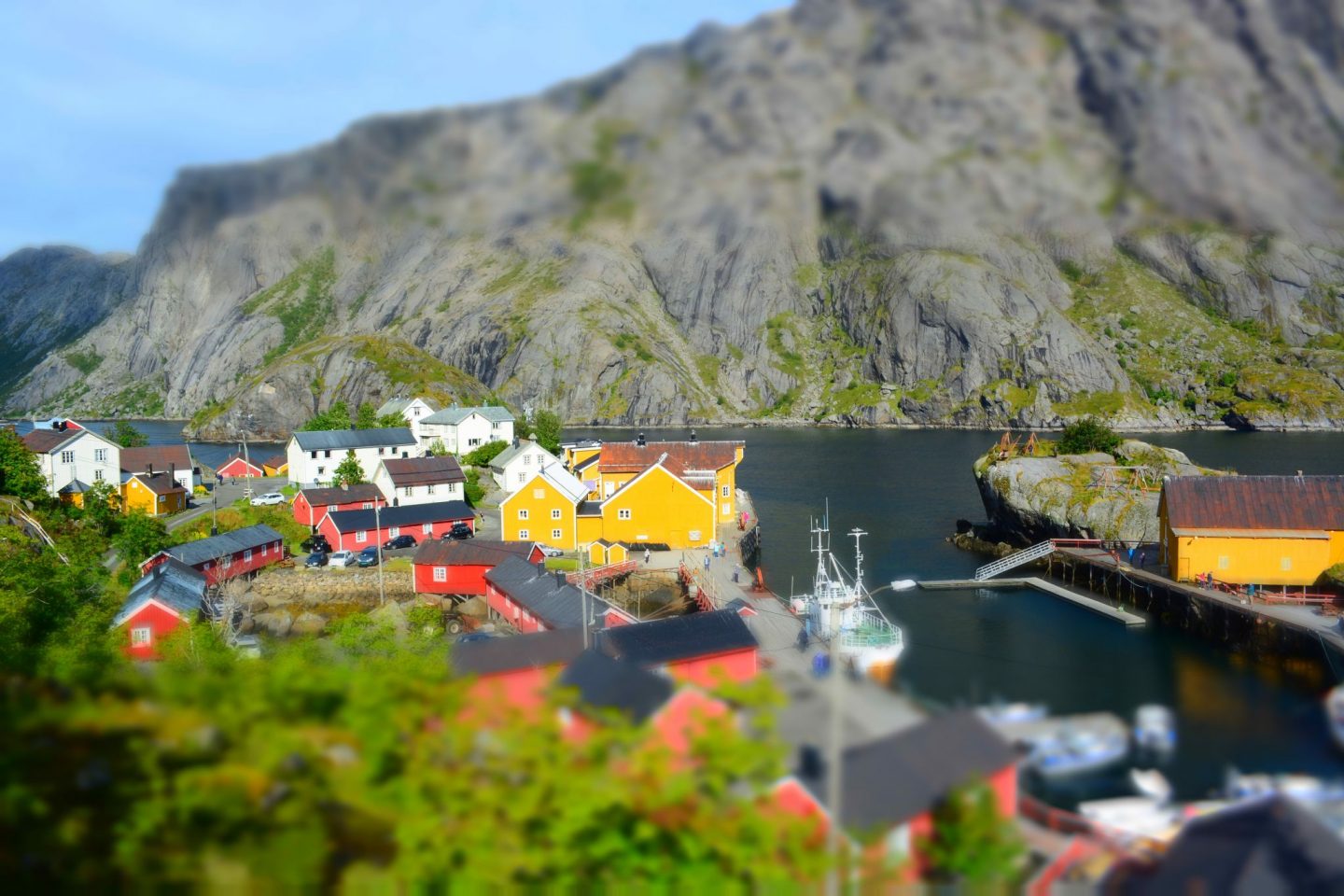 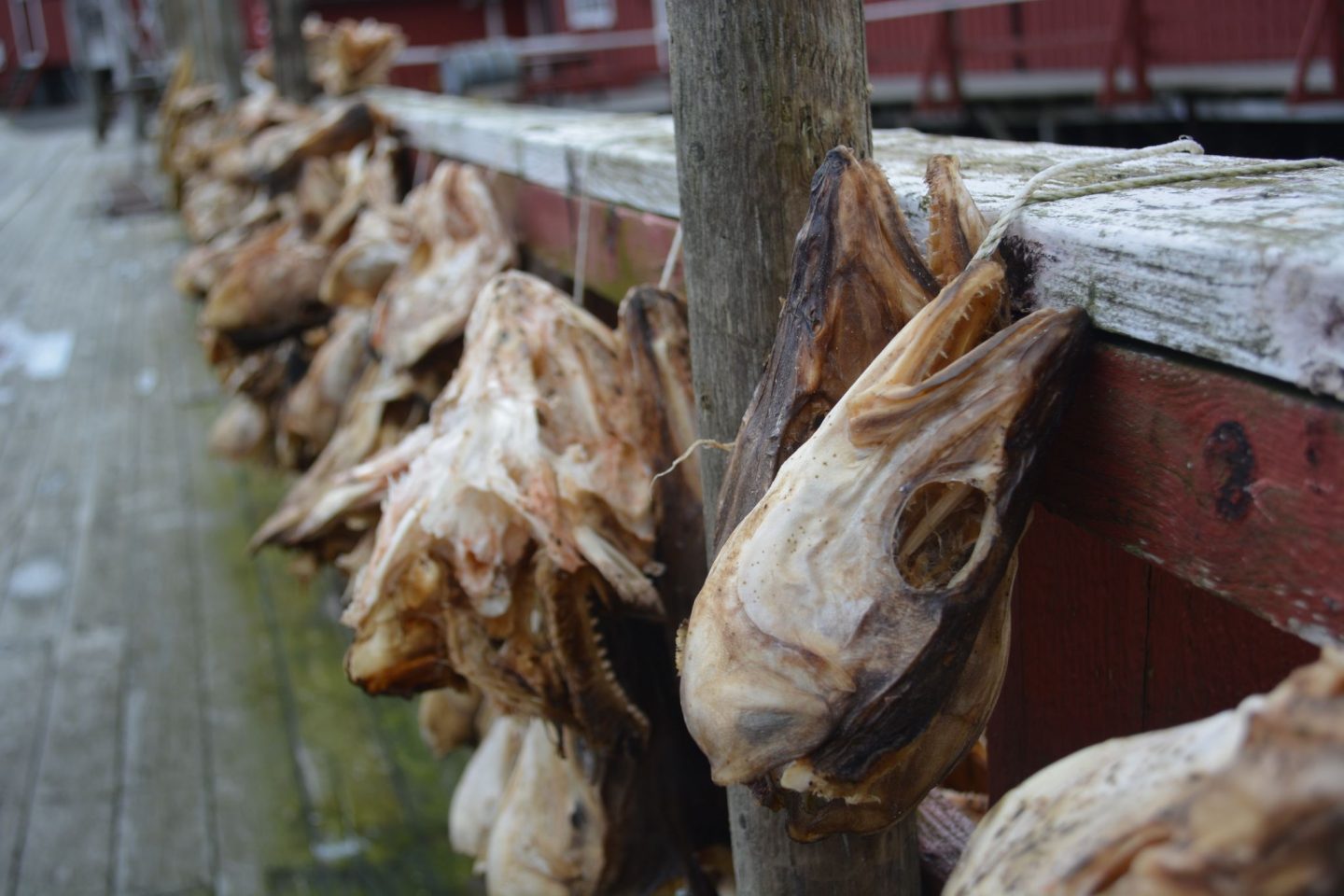 So yes, the day in Gravdal and the Lofoten Islands did start out bleak and bitter, but then the sun came out and all was well. Until next time, Nusfjord.