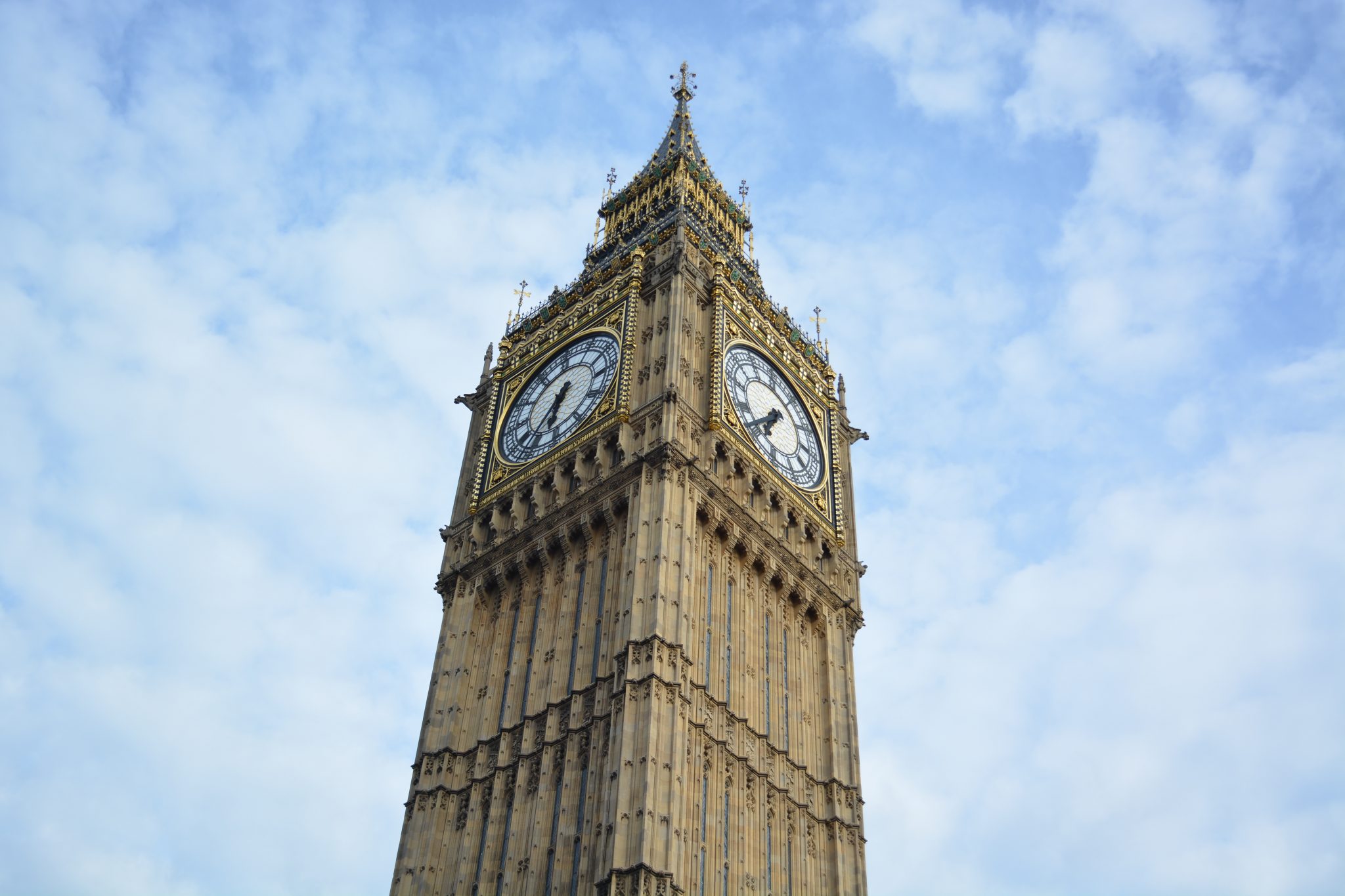 Our second day in London was just as eventful as the first, maybe even more so. Once again, it was a long day of walking. We prefer to walk rather than use the “tube”, taxis or the bus because we get to see so many amazing sights on the way. After all, sometimes, it’s more about the journey than the final destination. You get to see all the little side streets, and the quaint antique shops lining those streets. You get to see the neighbourhoods of London, the small city parks, and the various restaurants and cafes reflecting the city’s culture.

We started the day off with a walk to the famous British Museum. This involved a walk down Shaftesbury Avenue, which is a very busy street in London. Here, you can find many different theatres and it almost seems like the heart of London’s popular culture. It also marks the beginning of London Chinatown. 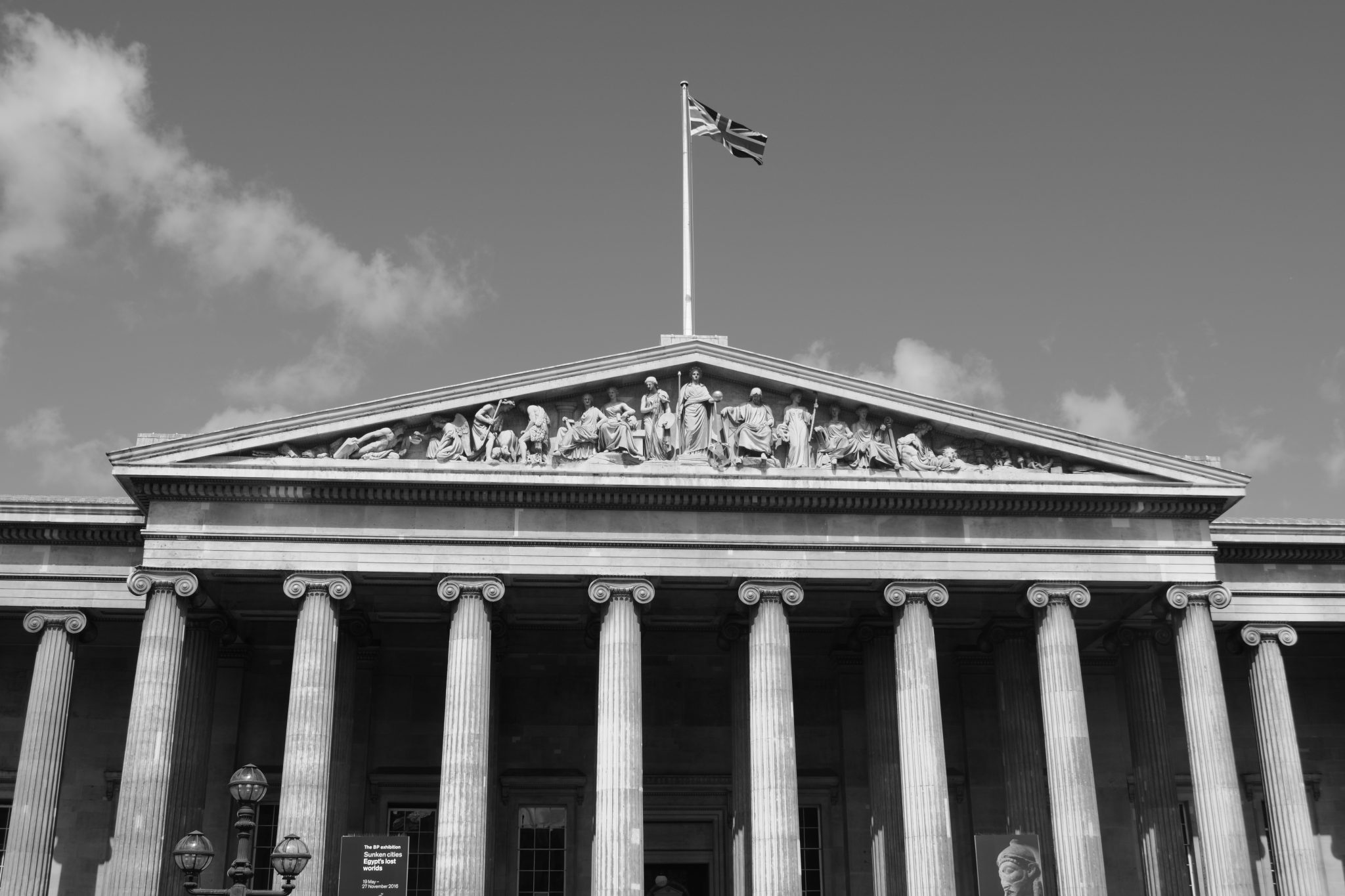 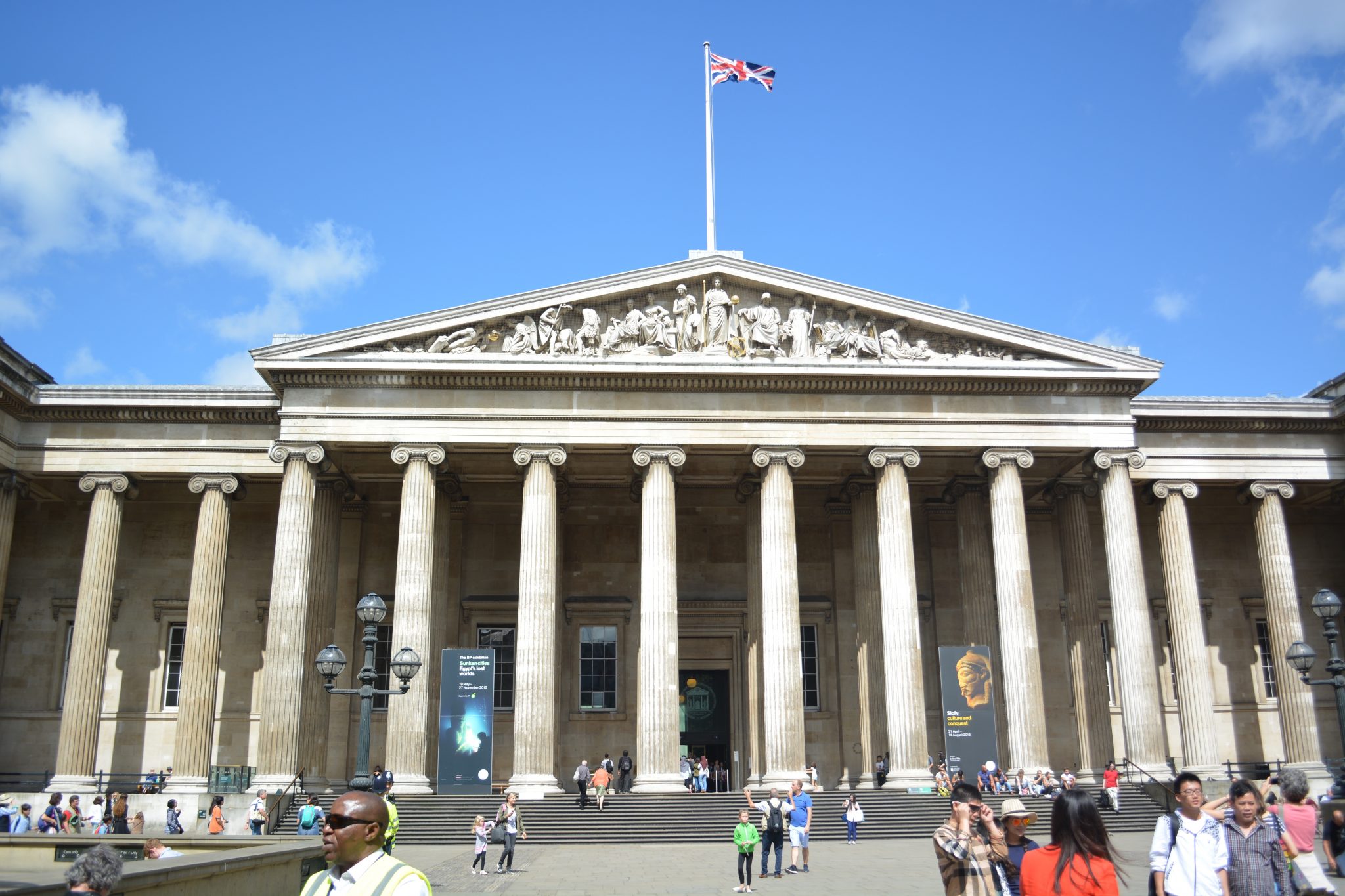 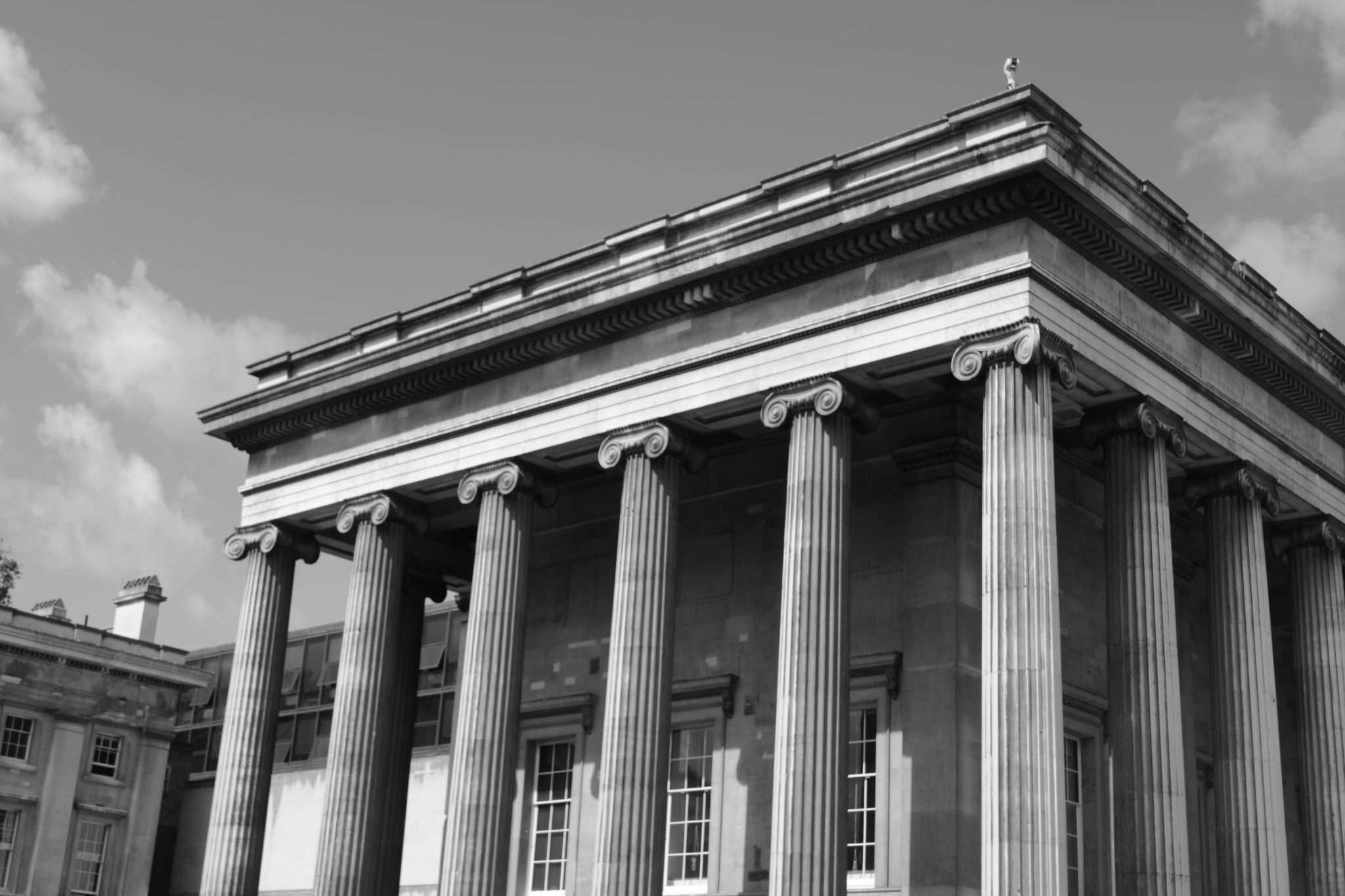 The British Museum is one of the biggest, and most visited, museums in the world. We regretted not paying a visit to the museum last time we were in London, so this time, it was a must for us. Inside, there are so many historical artifacts to view and so many exhibits to tour. One could stay inside for a whole week and not even see everything completely. The interior was almost more beautiful than the outside; as soon as I walked in, I was amazed by the amazing architectural design of the ceiling and of the pillars. (Side note: many of the pictures I took were black and white because it just seemed so fitting for a historical museum. More simplistic!) I genuinely couldn’t tell which was more stunning: the exterior architecture or the interior architecture. 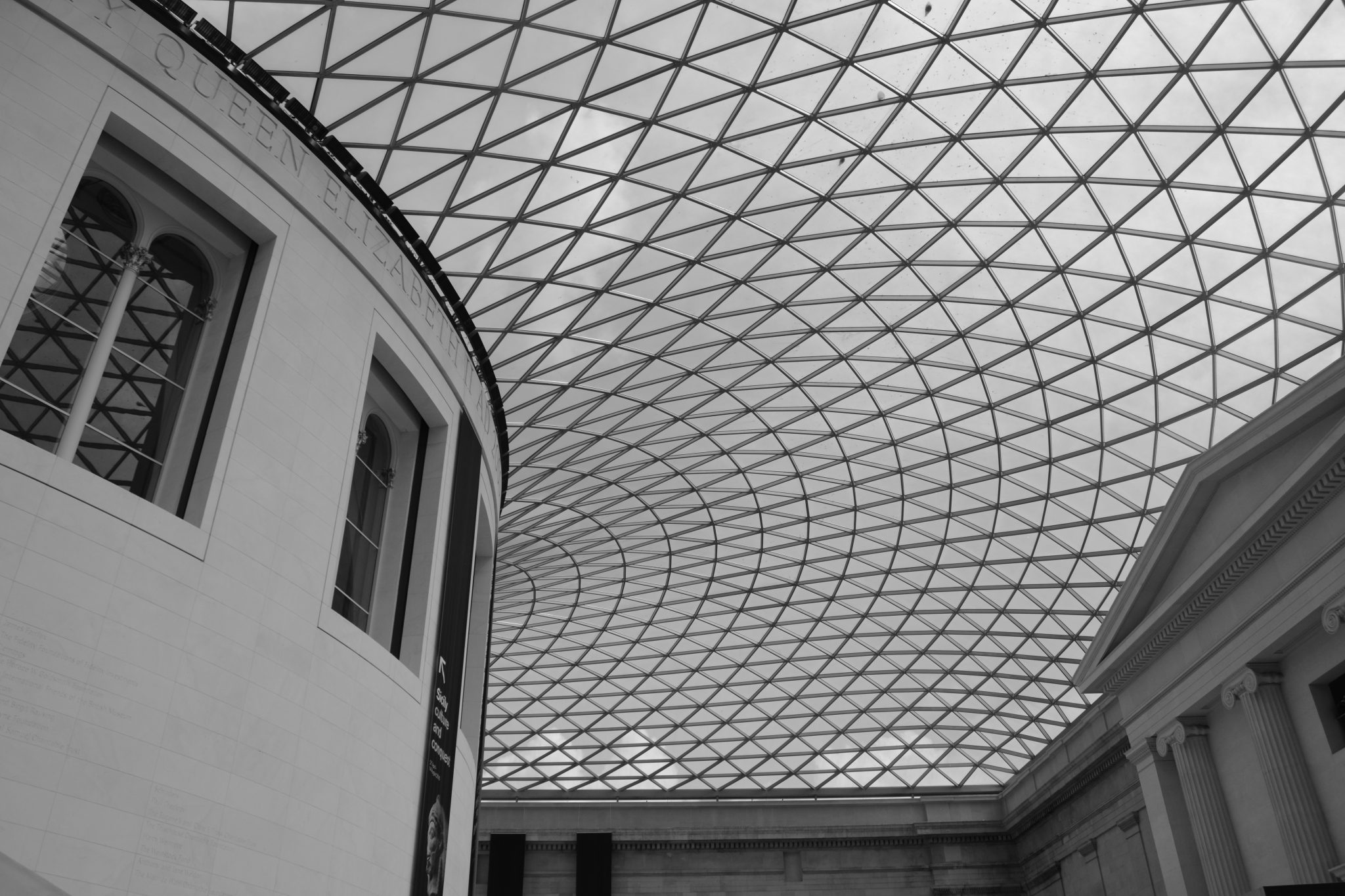 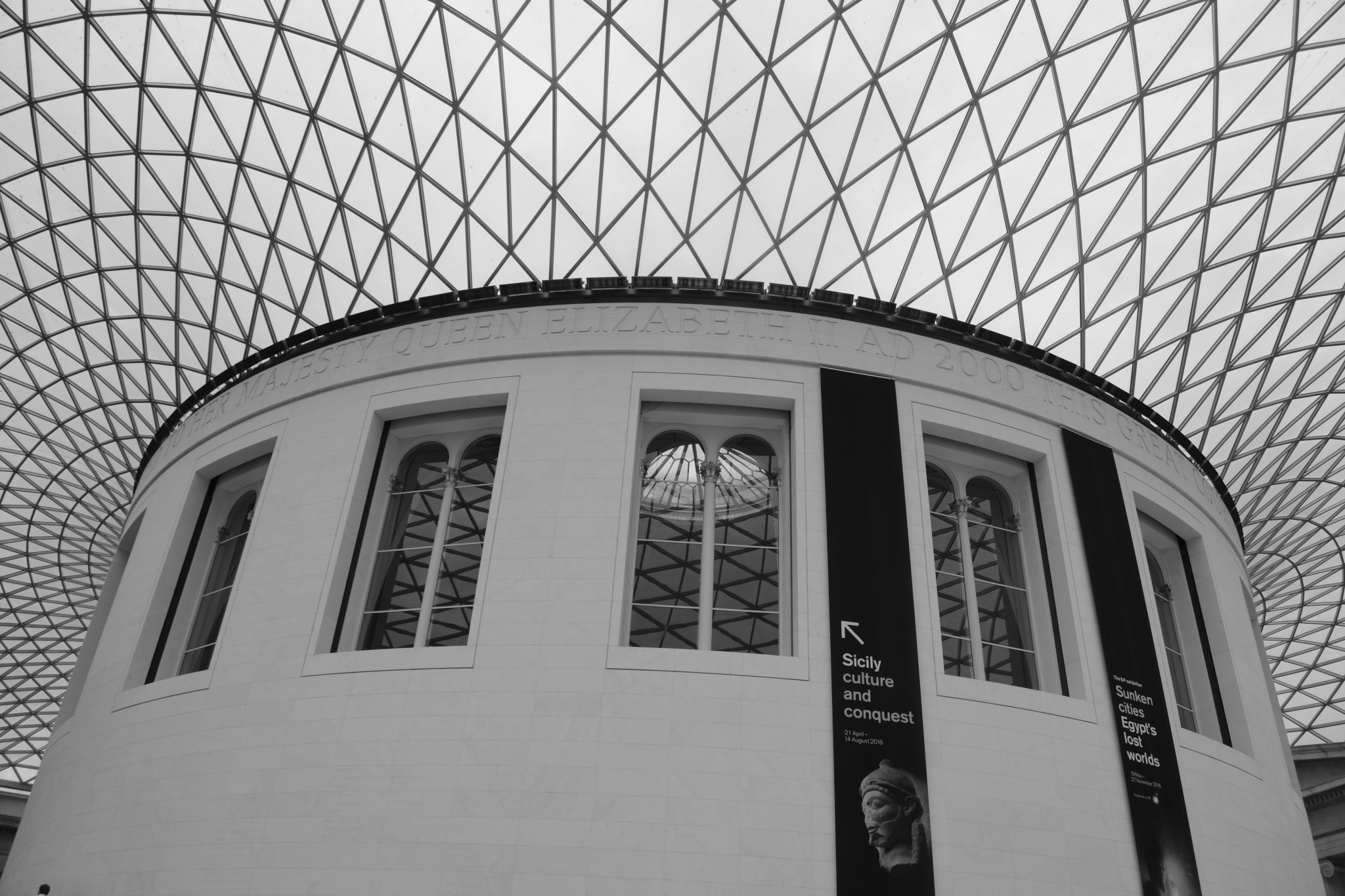 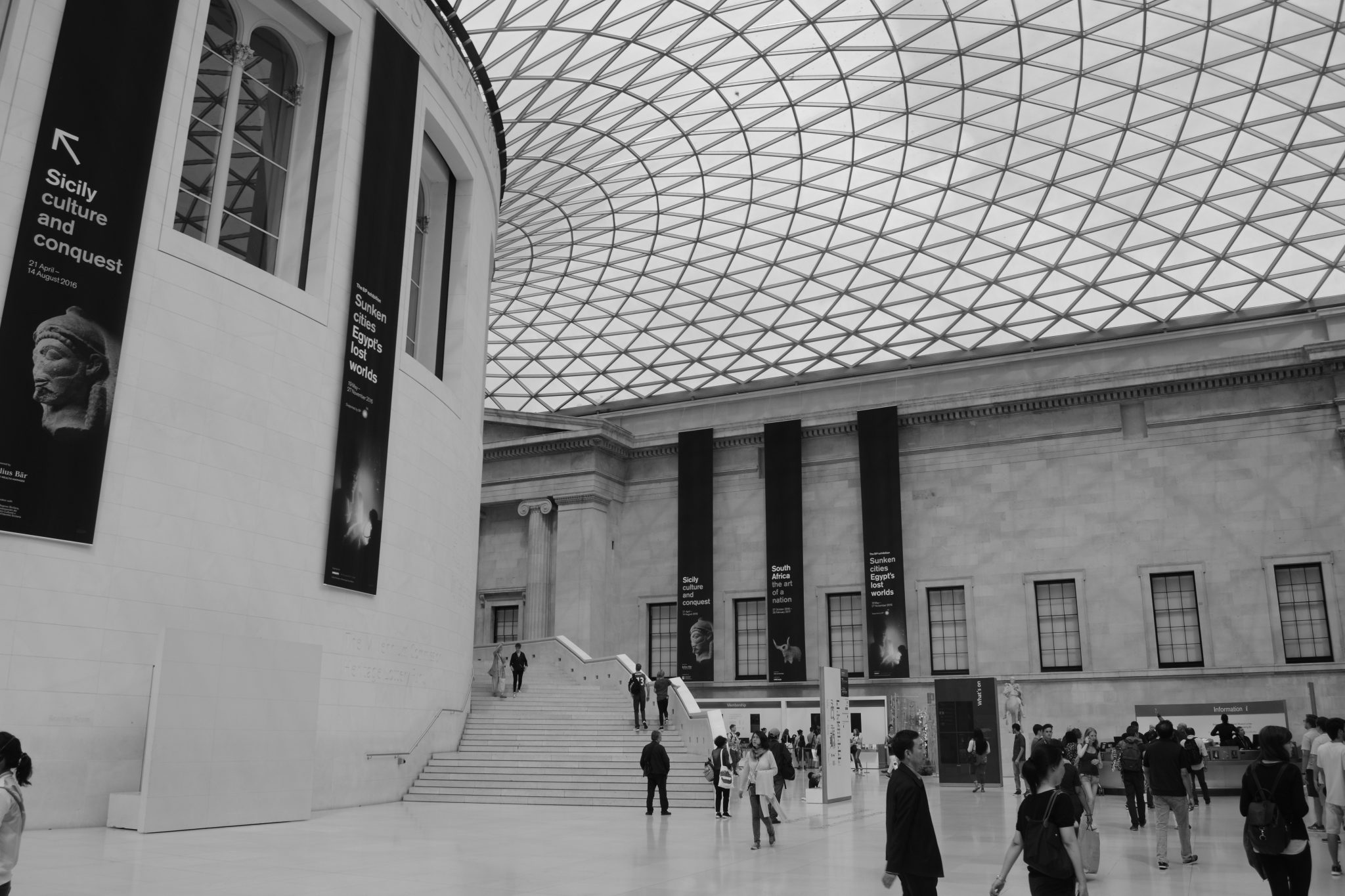 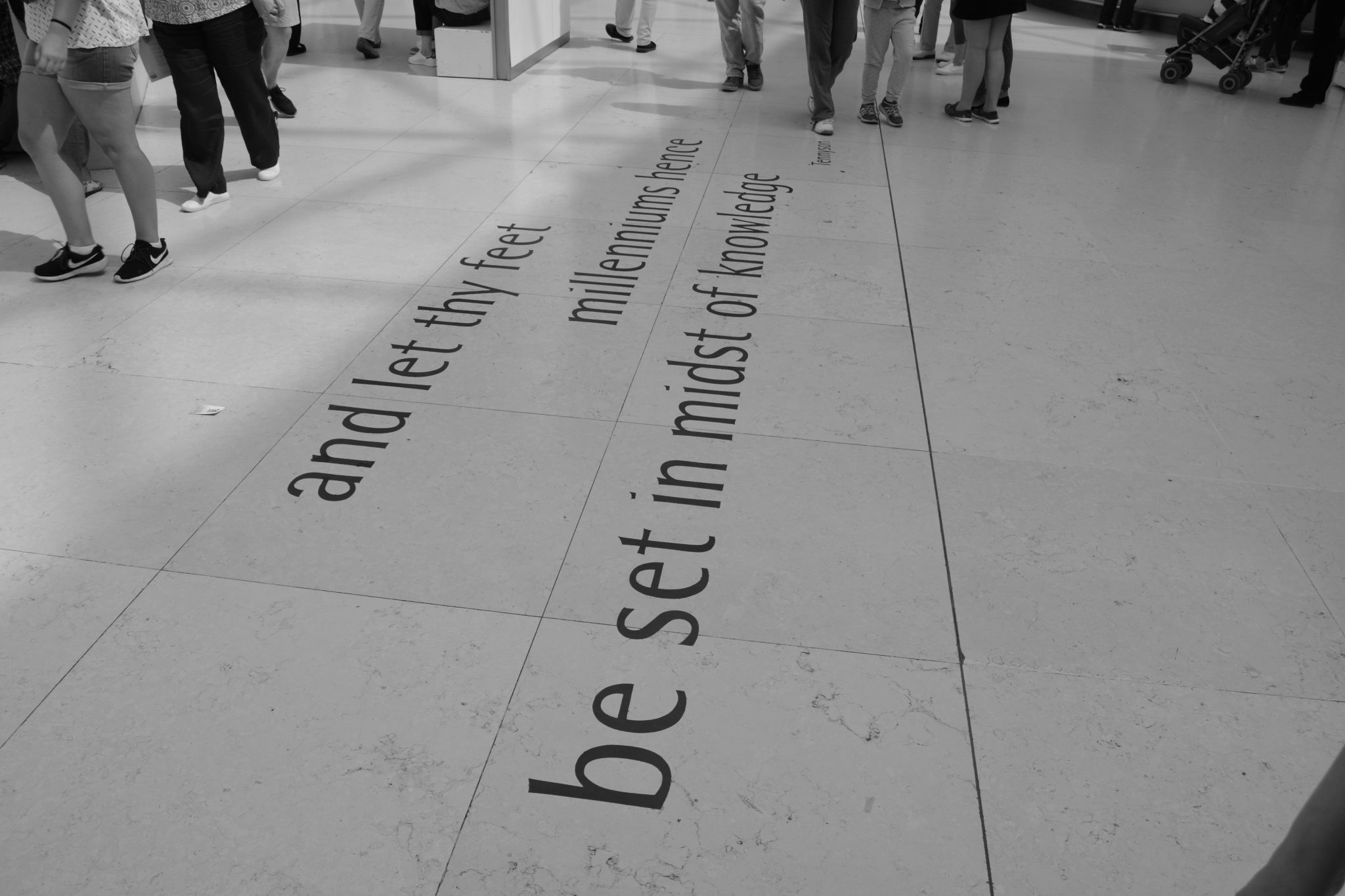 Among the most famous artifacts at the British Museum is the Rosetta Stone. Found in 1799, it is composed of 3 scripts. The upper text is Ancient Egyptian hieroglyphs, the middle portion is Demotic script, and the lowest text is Ancient Greek. At the time, the knowledge of the Ancient Greek script allowed the people to decipher the hieroglyphs, eventually leading to the better understanding of Ancient Egyptian text. The Museum also contains Ancient Greek exhibits, Ancient Egypt exhibits, Ancient China, Ancient Roman exhibits, many modern exhibits, etc. They have it all. Literally. I loved the Ancient Egypt exhibit the best. For me, it’s always a little daunting to tour a museum containing artifacts dating back to thousands of years ago. It’s a little terrifying when you think about their history, how they survived the forces of time, and that now, maybe hundreds or thousands of years after their creation, they are standing in a museum, surrounded by people from a completely different era. 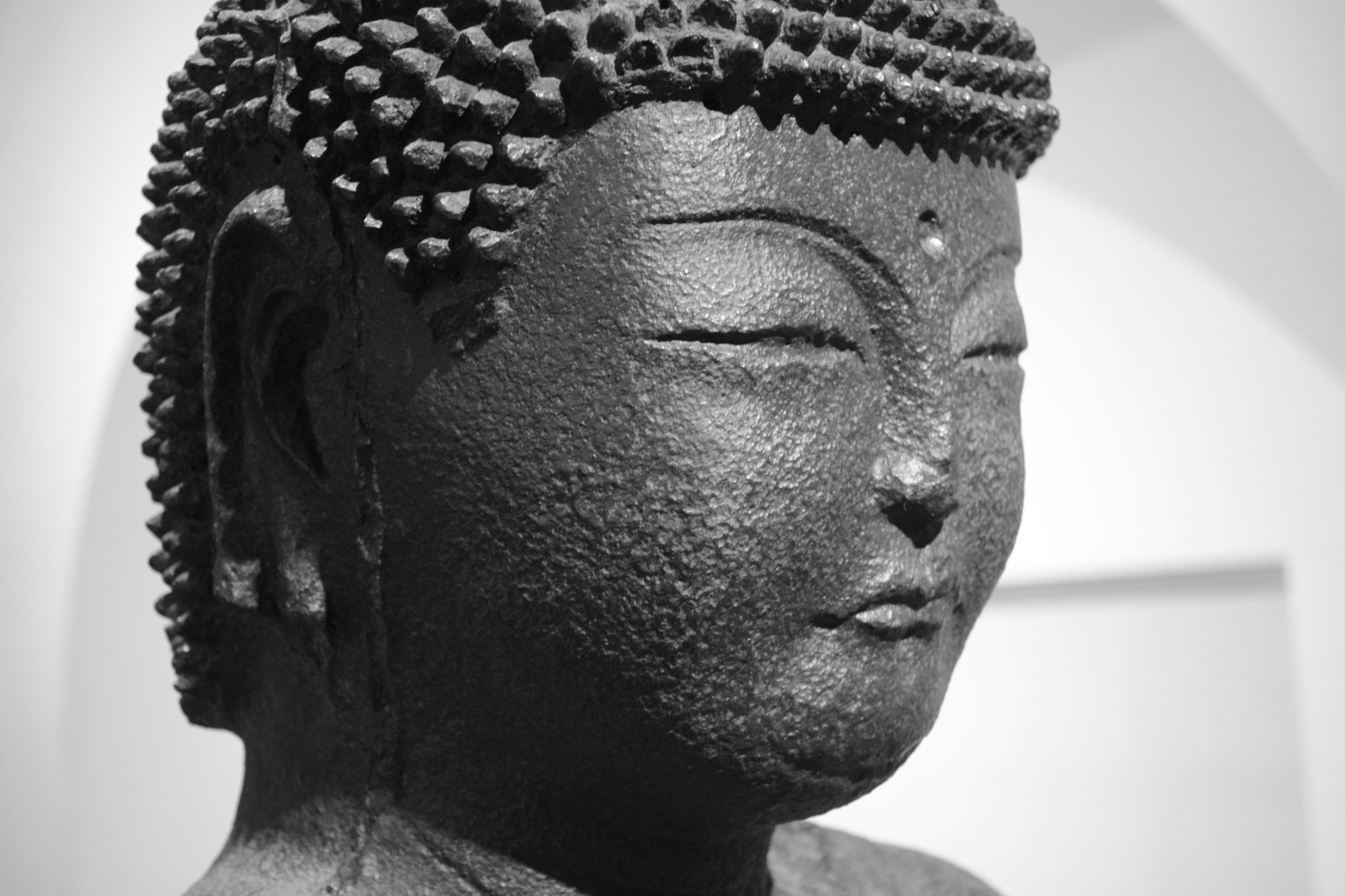 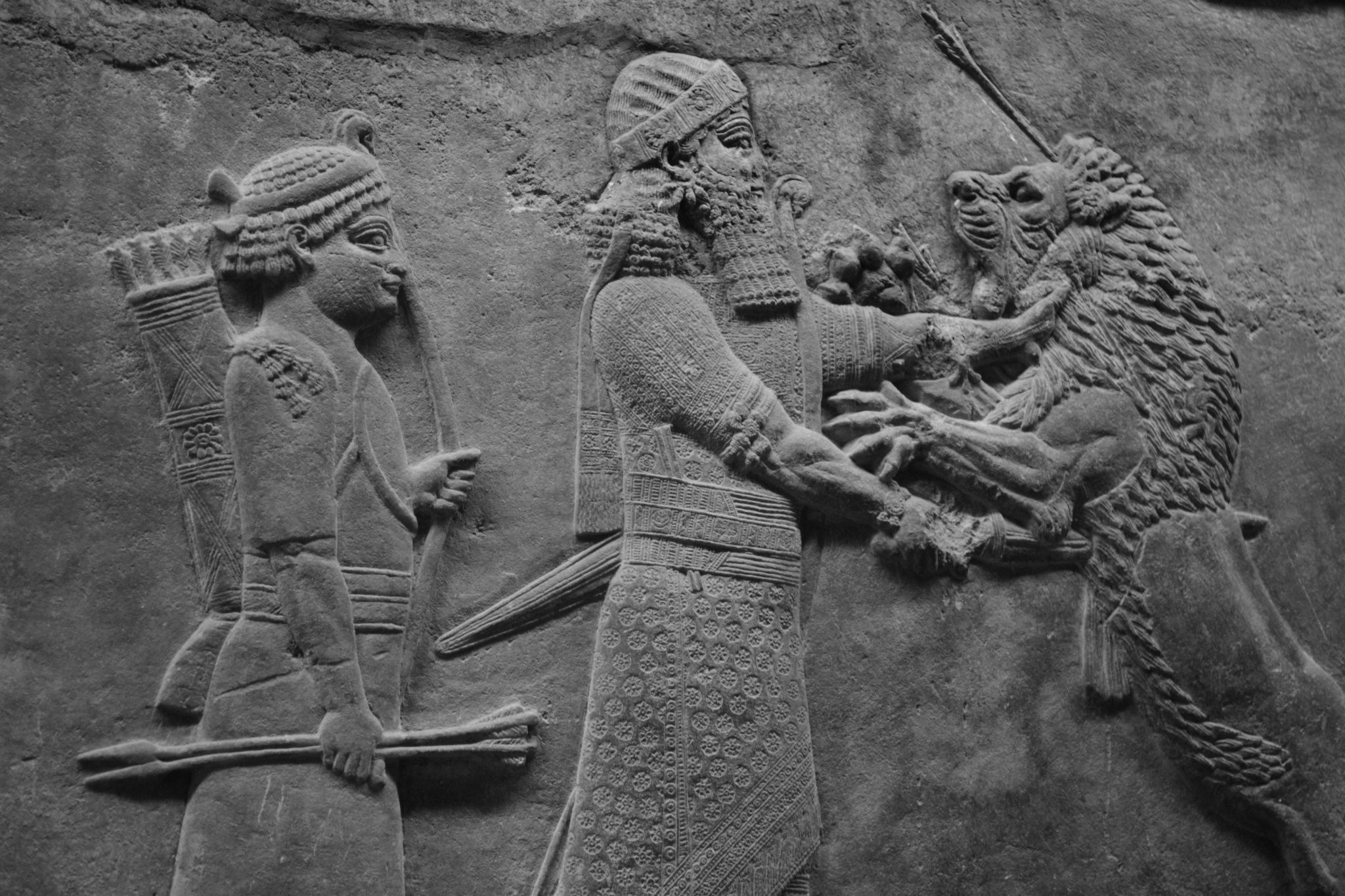 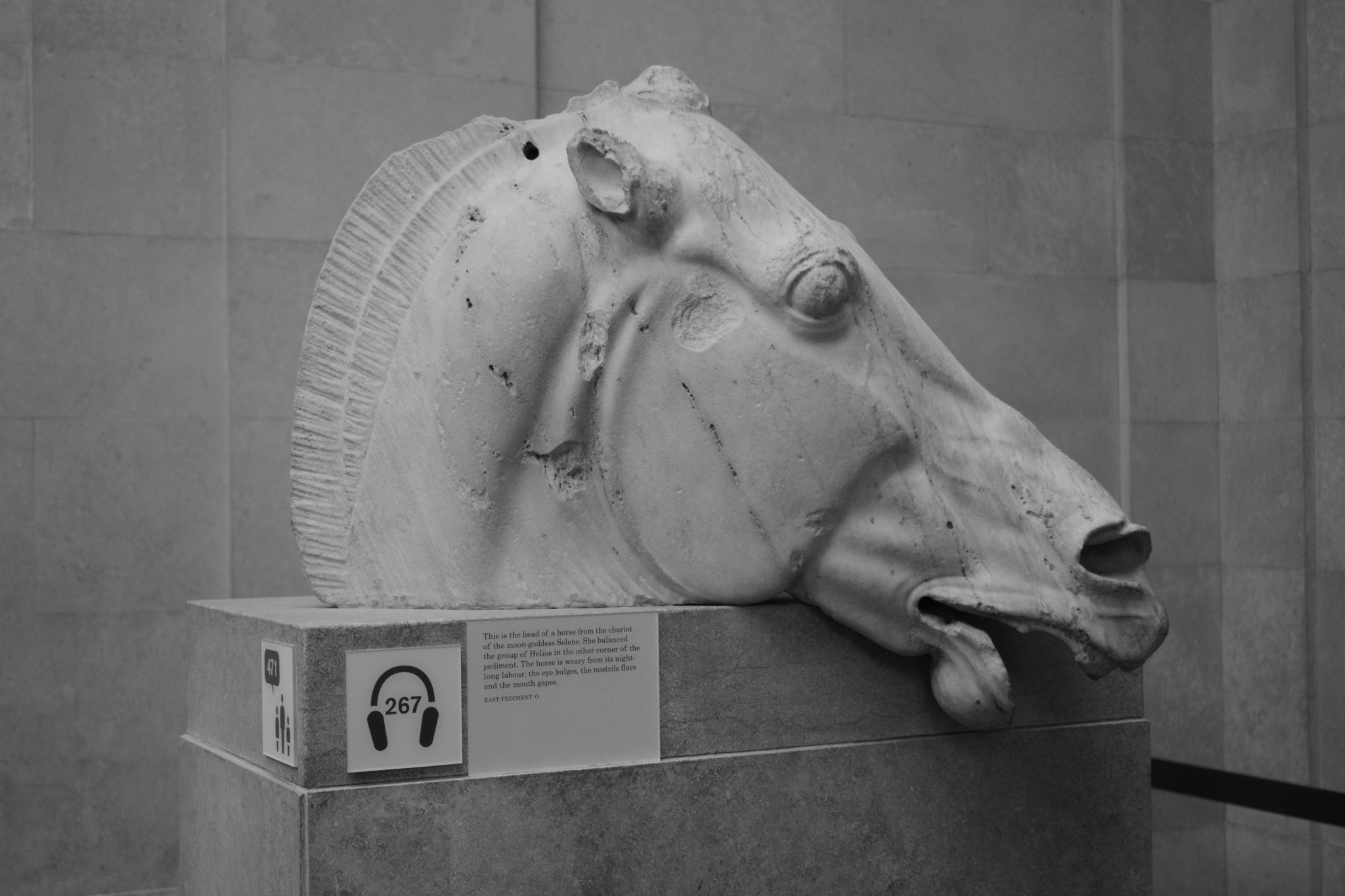 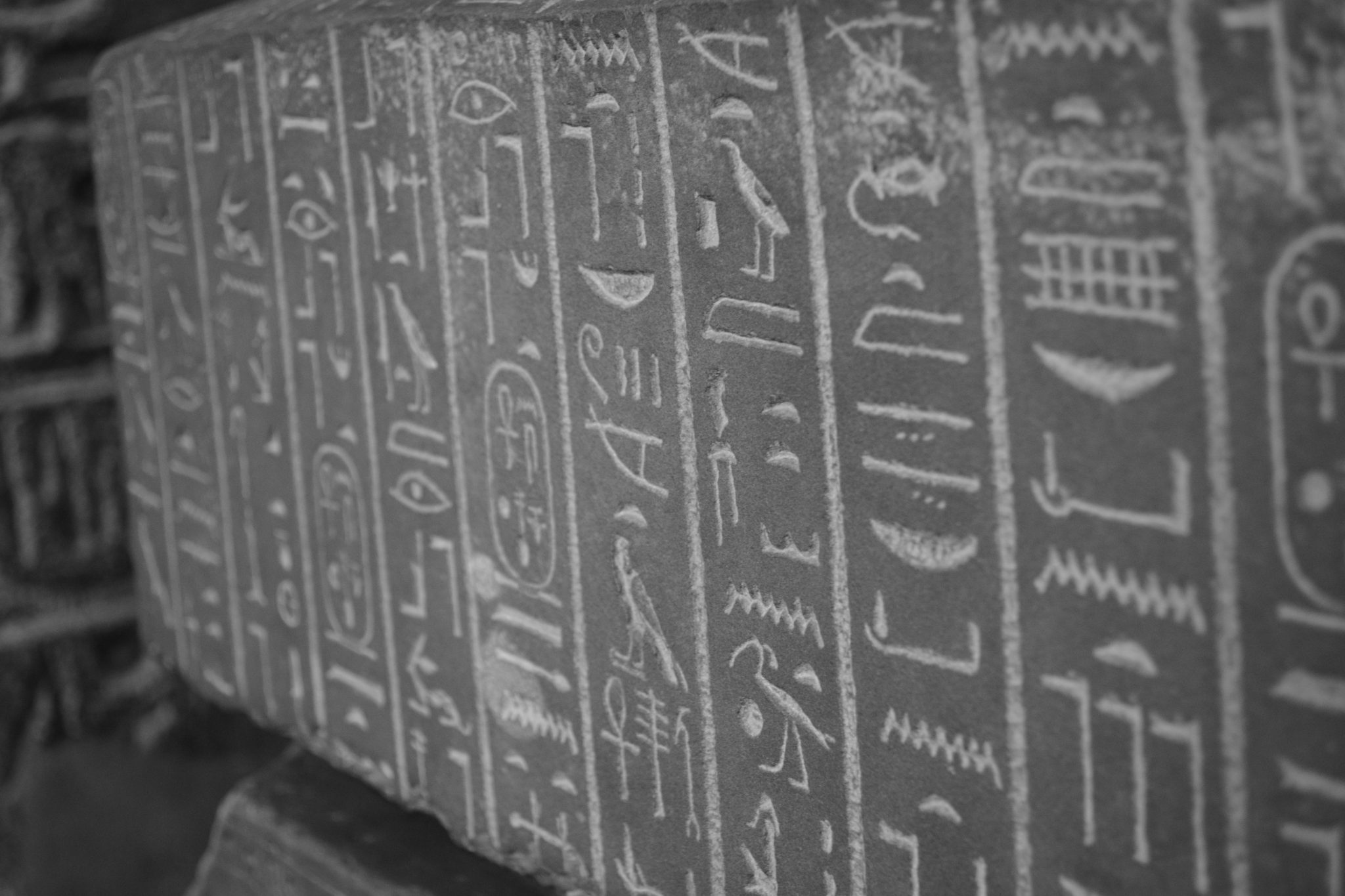 After this wonderful time-travel back into the past, we went out for Afternoon Tea at the cutest little store called Bea’s of Bloomsbury (44 Theobalds Road) We chose not to go for the full afternoon tea experience as we weren’t incredibly hungry, so we opted for the “Cream Tea” package, which includes 2 scones and a small pot of our tea of choice. These are by far the best scones I have ever had. They’re toasty and warm, and they’re nice and thick. It’s almost like biting into a soft cushion of butter and goodness. They’re that amazing. It almost just melts in your mouth. 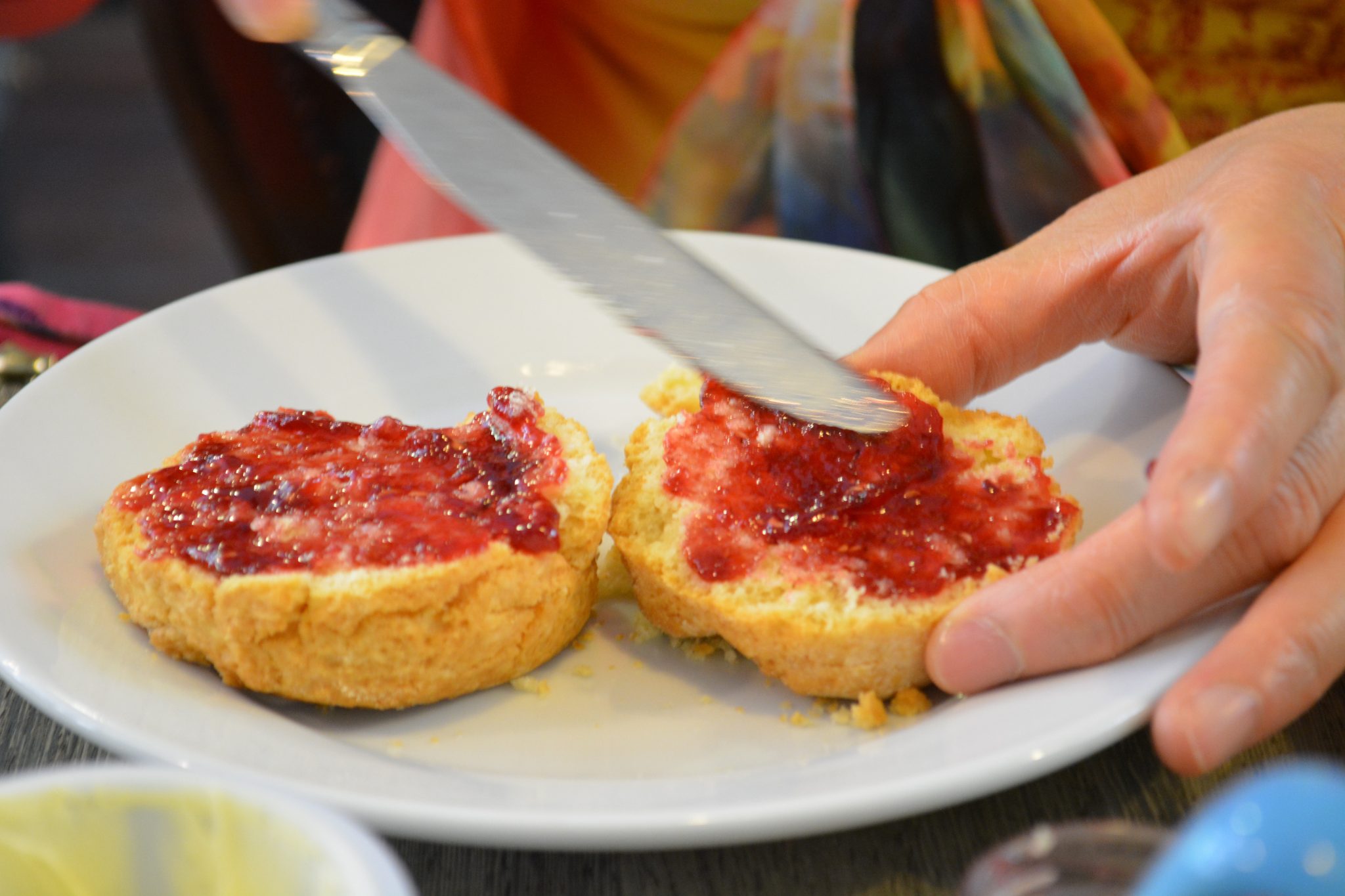 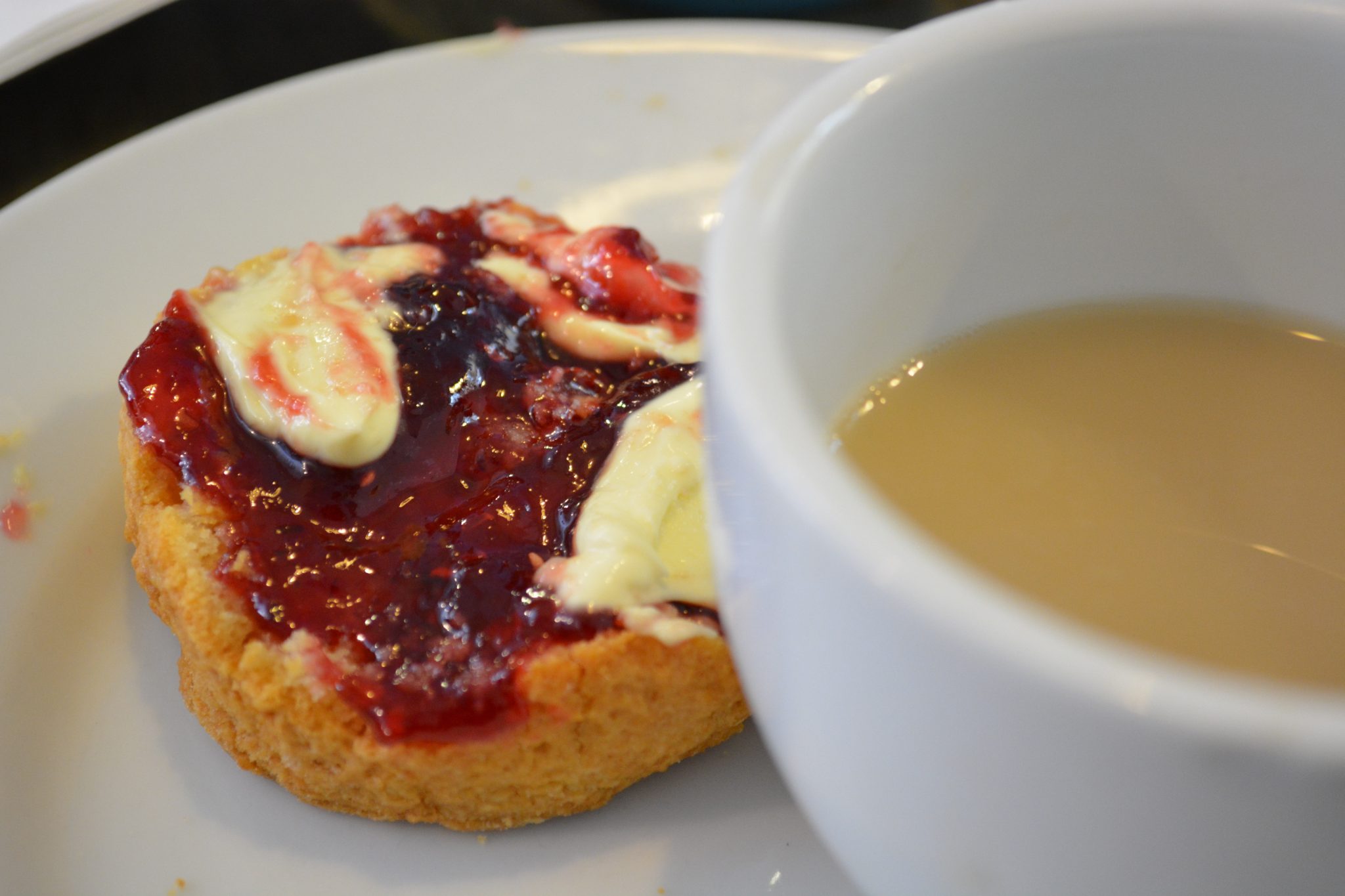 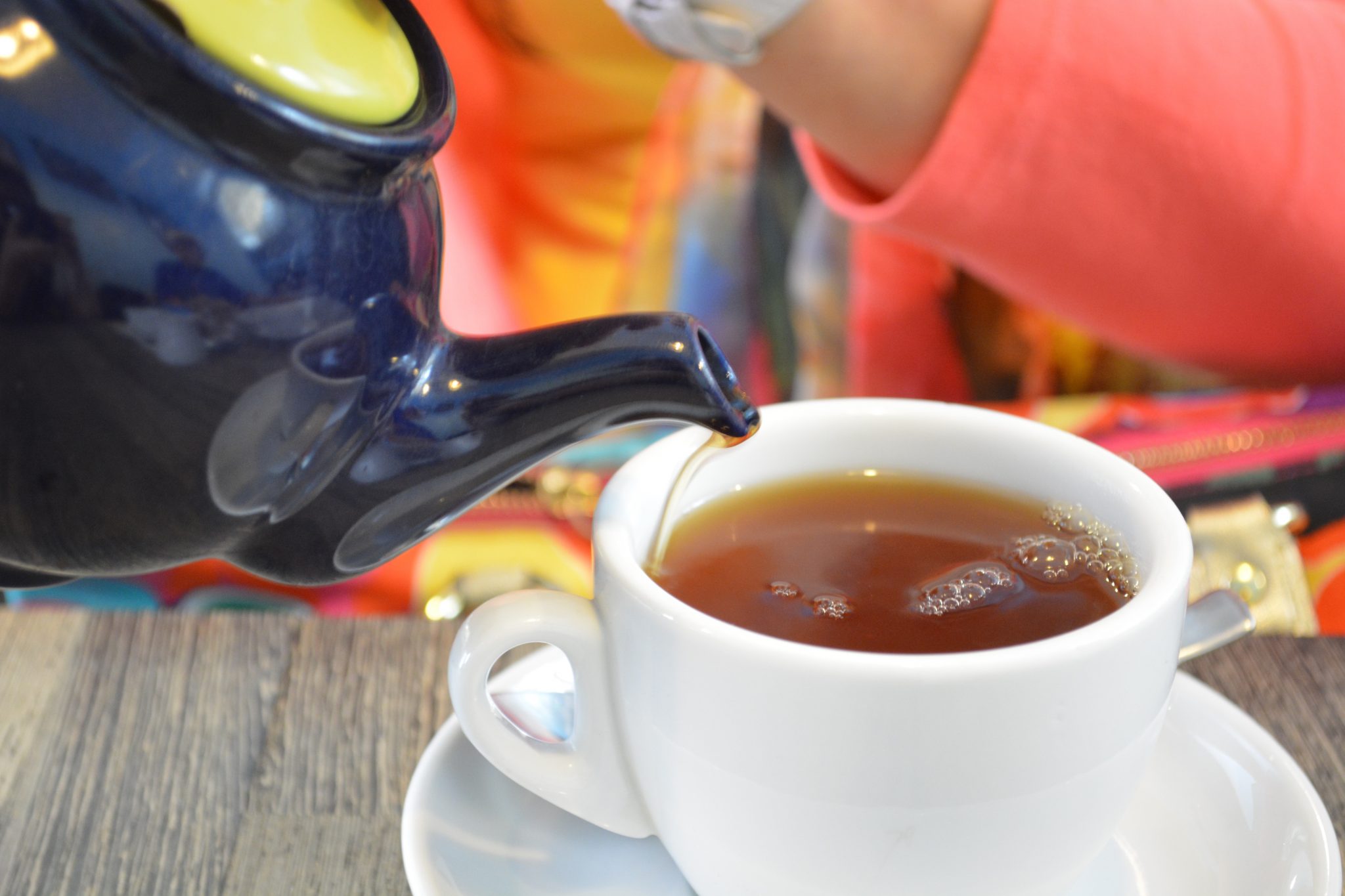 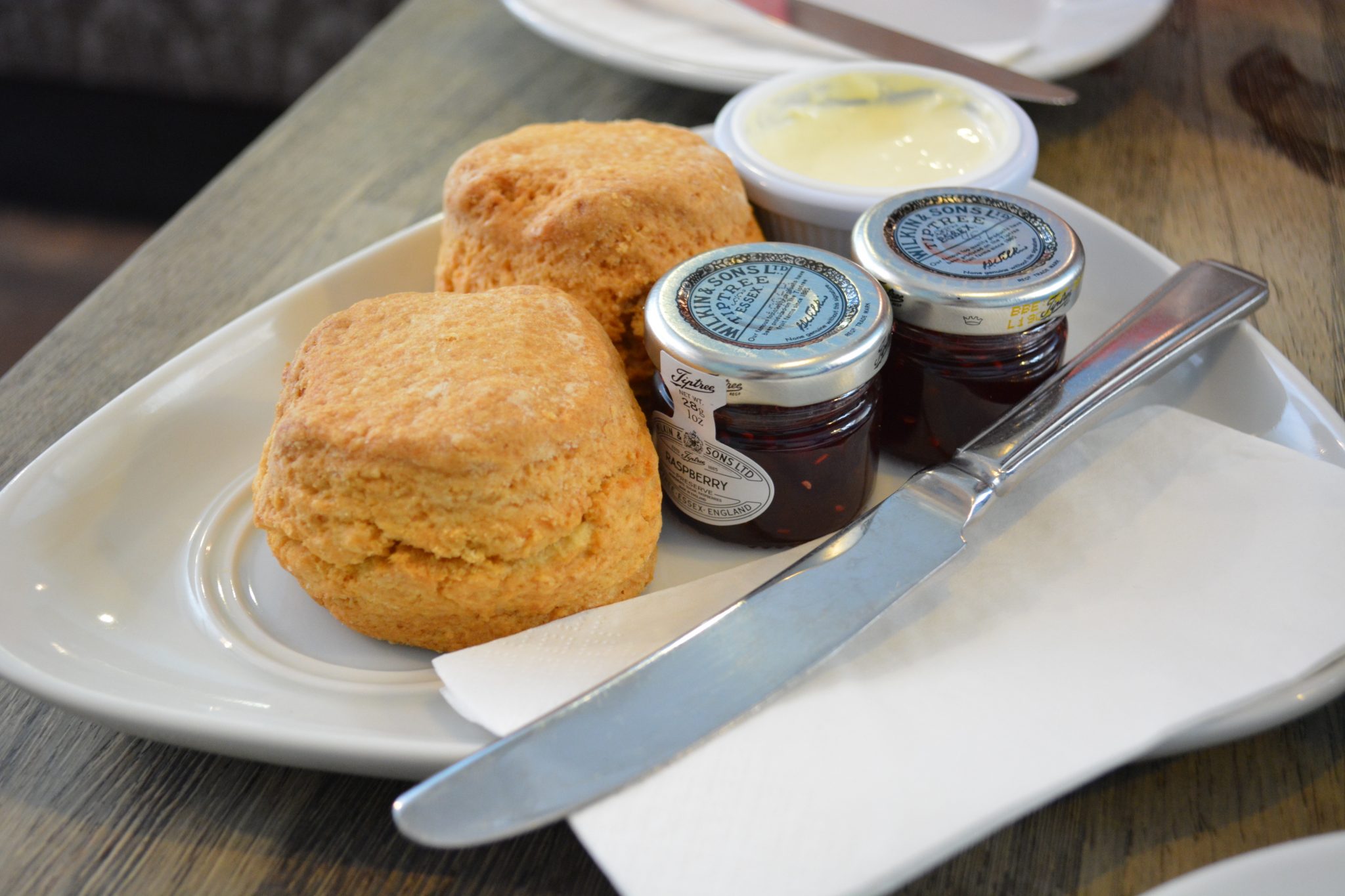 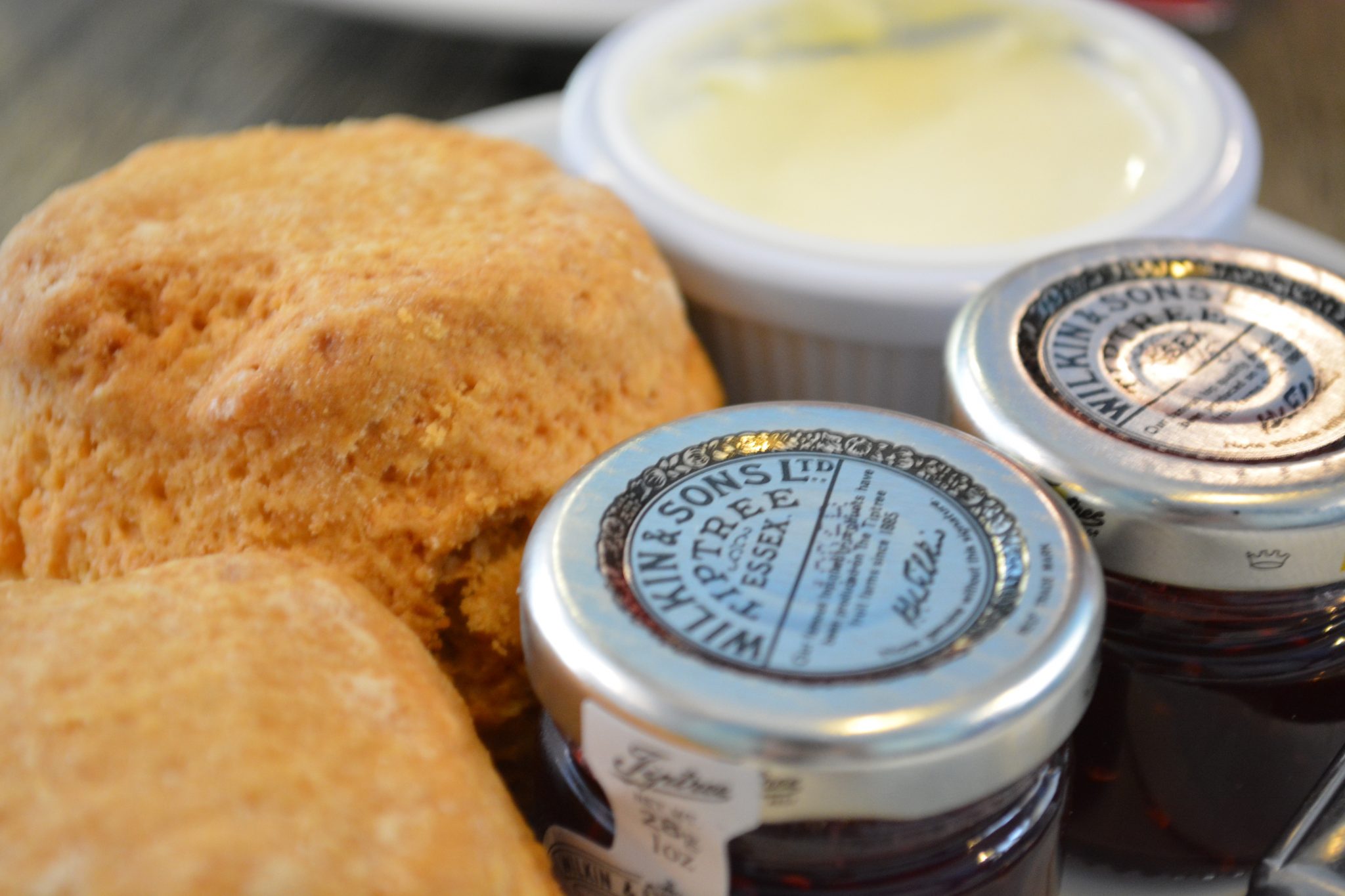 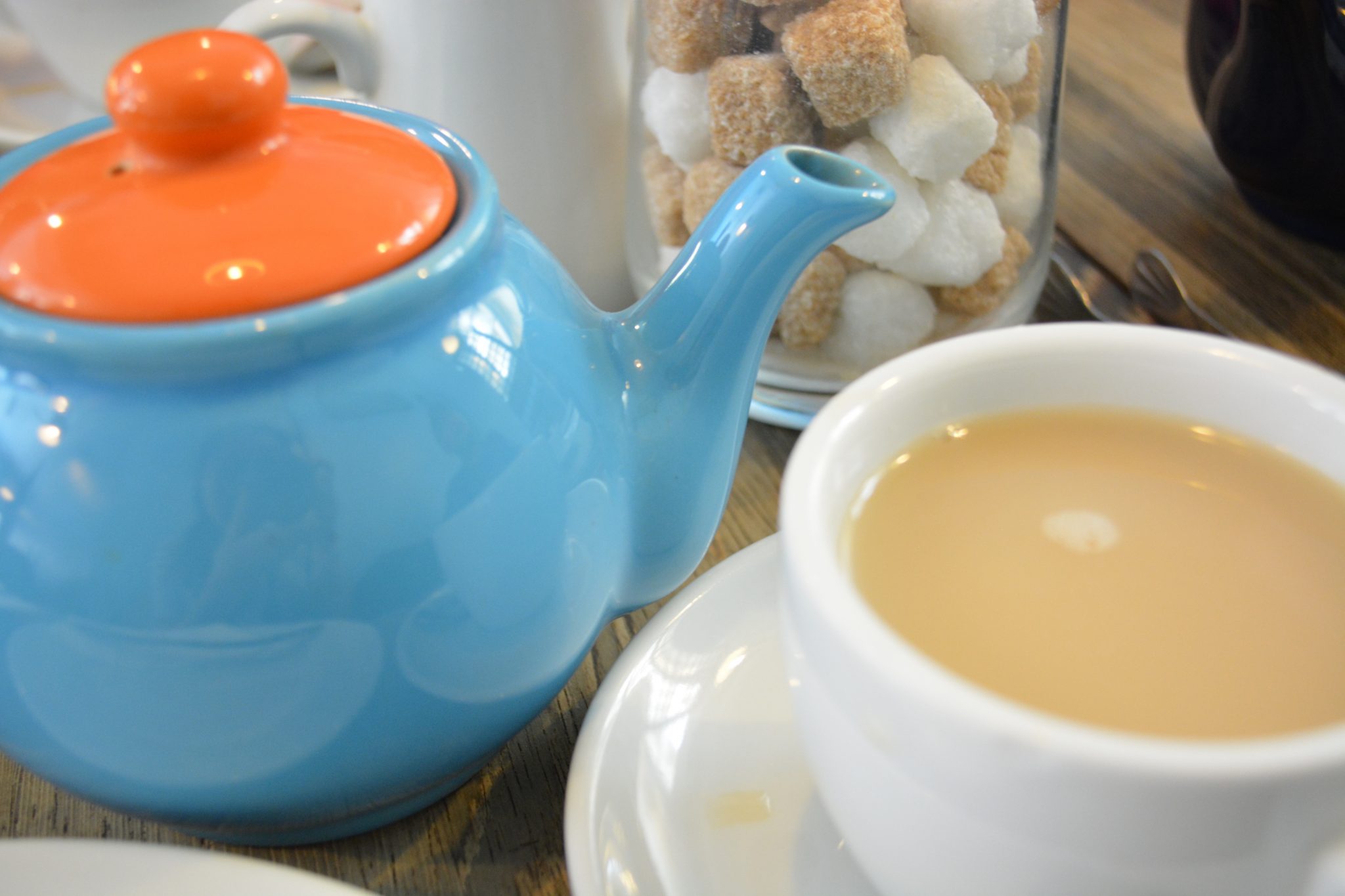 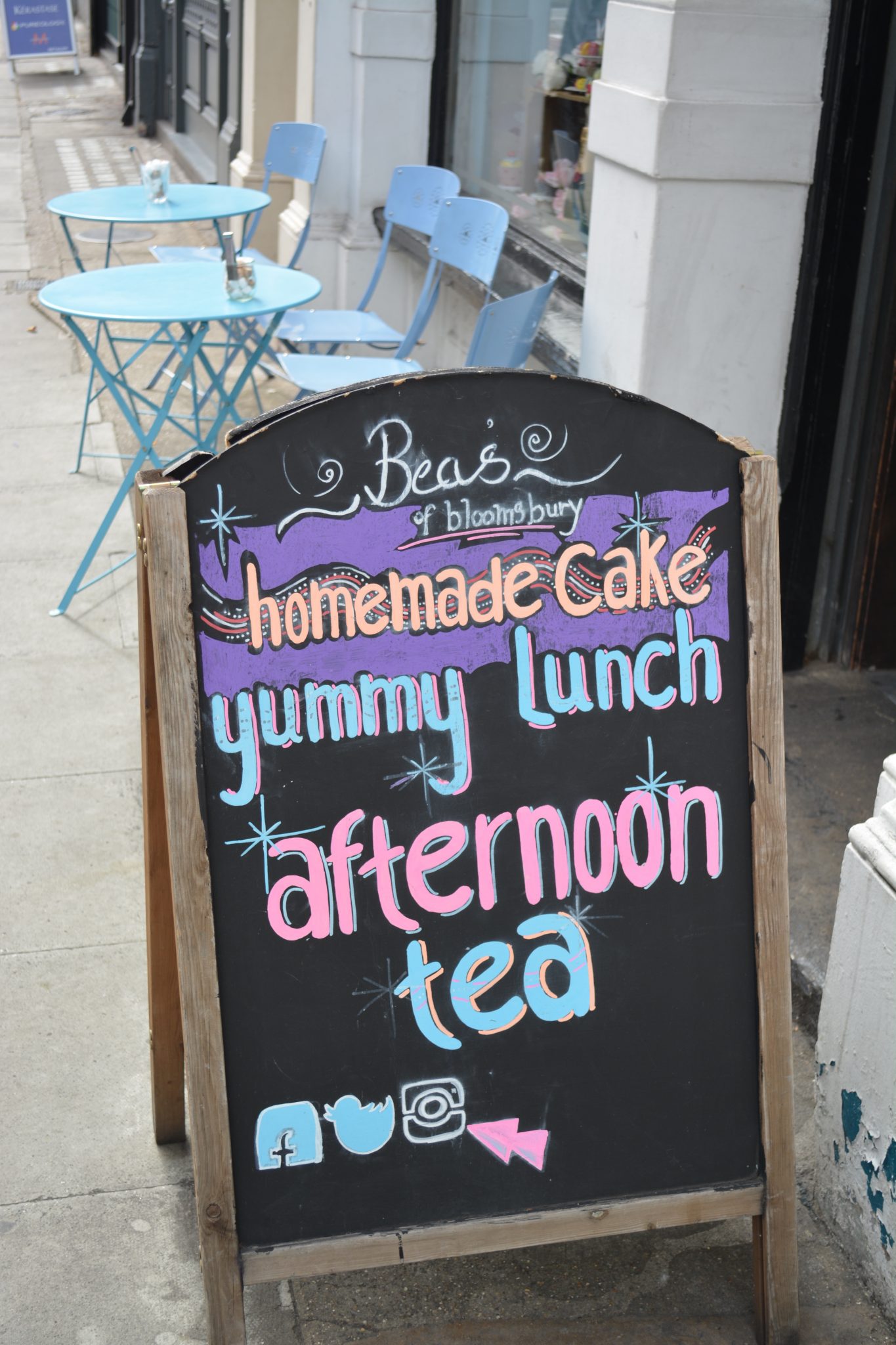 After our stomachs were full, we continued our trek in the city of London. Our walk took us to many popular tourist attractions including: 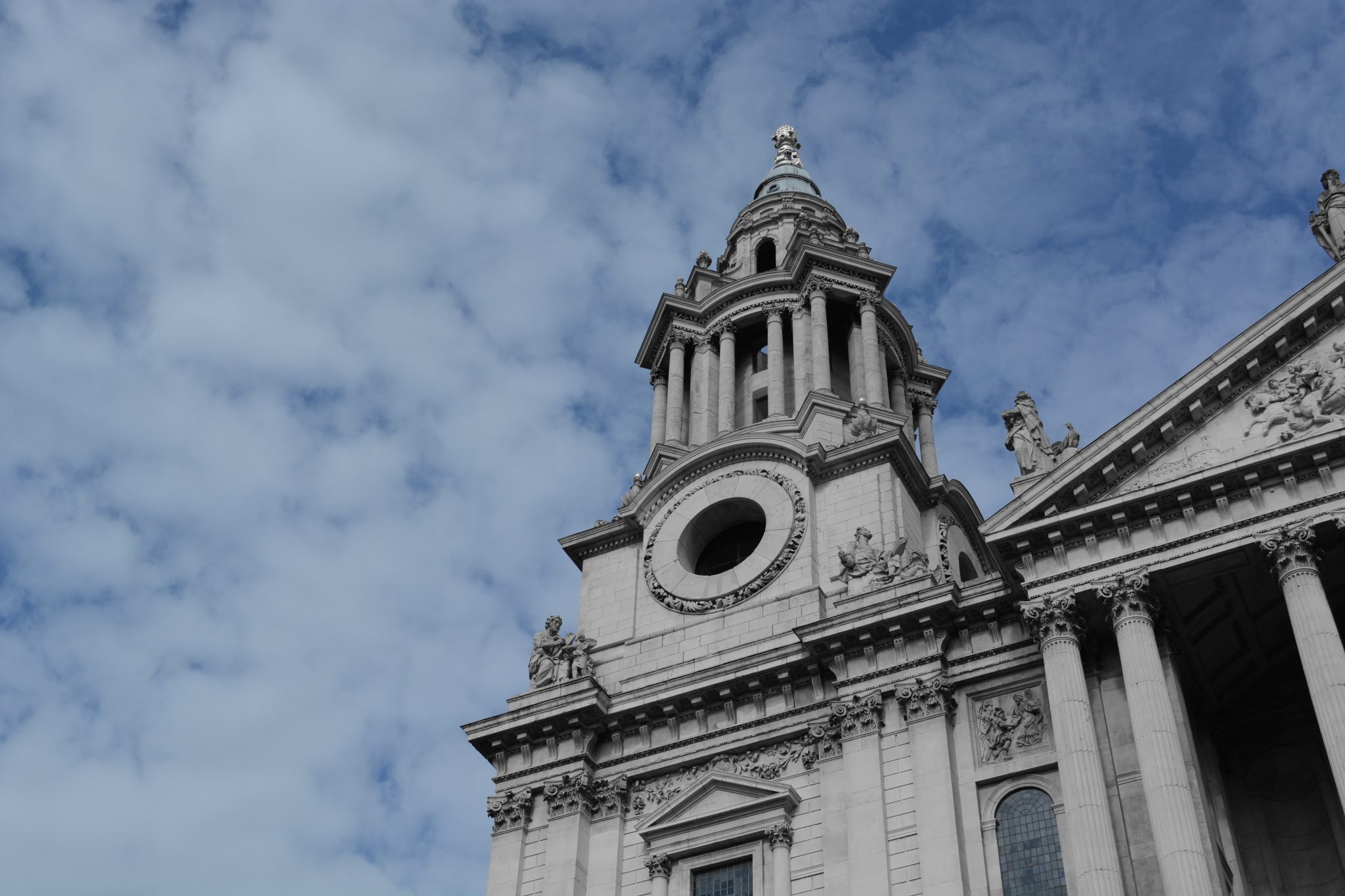 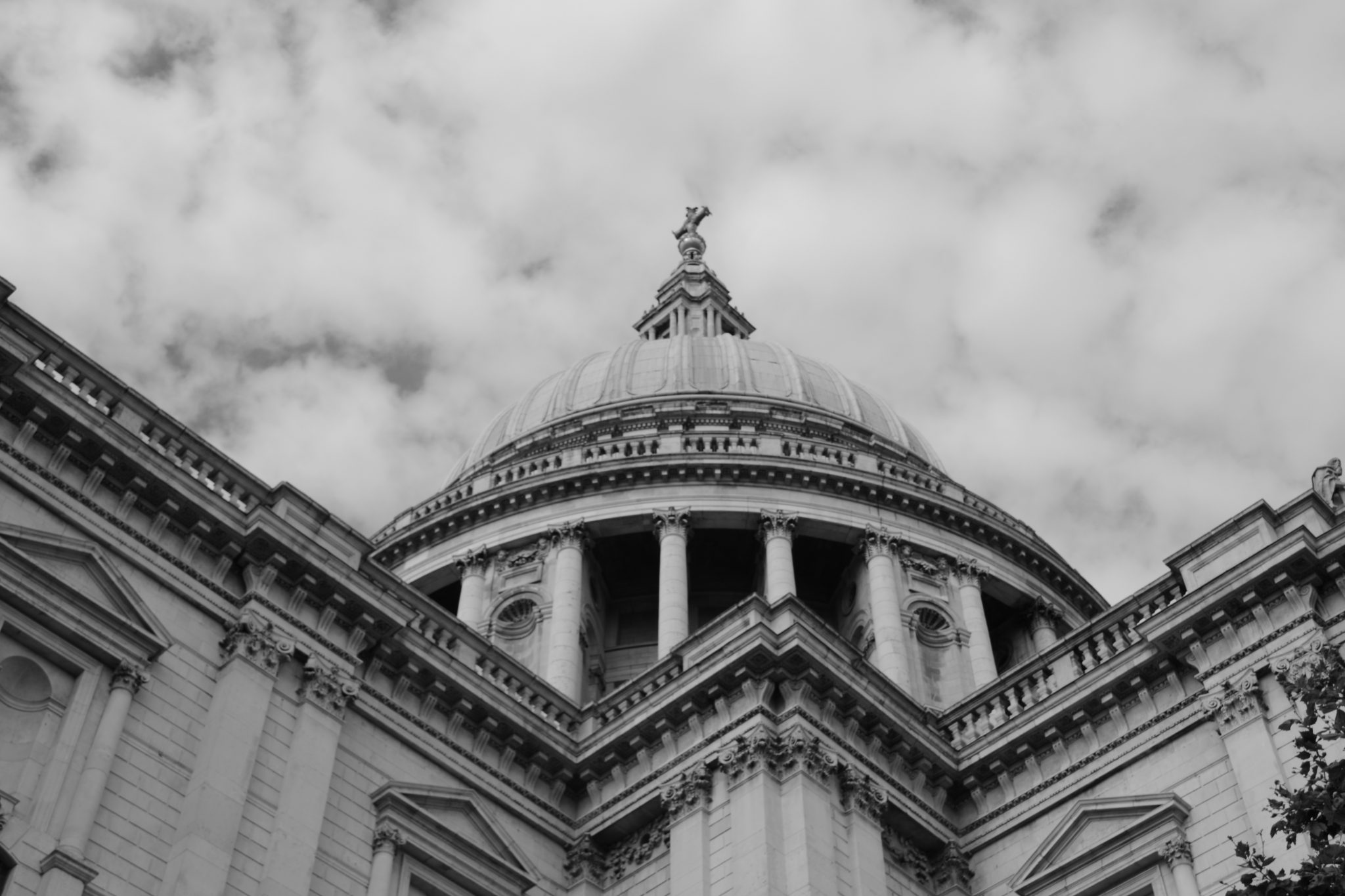 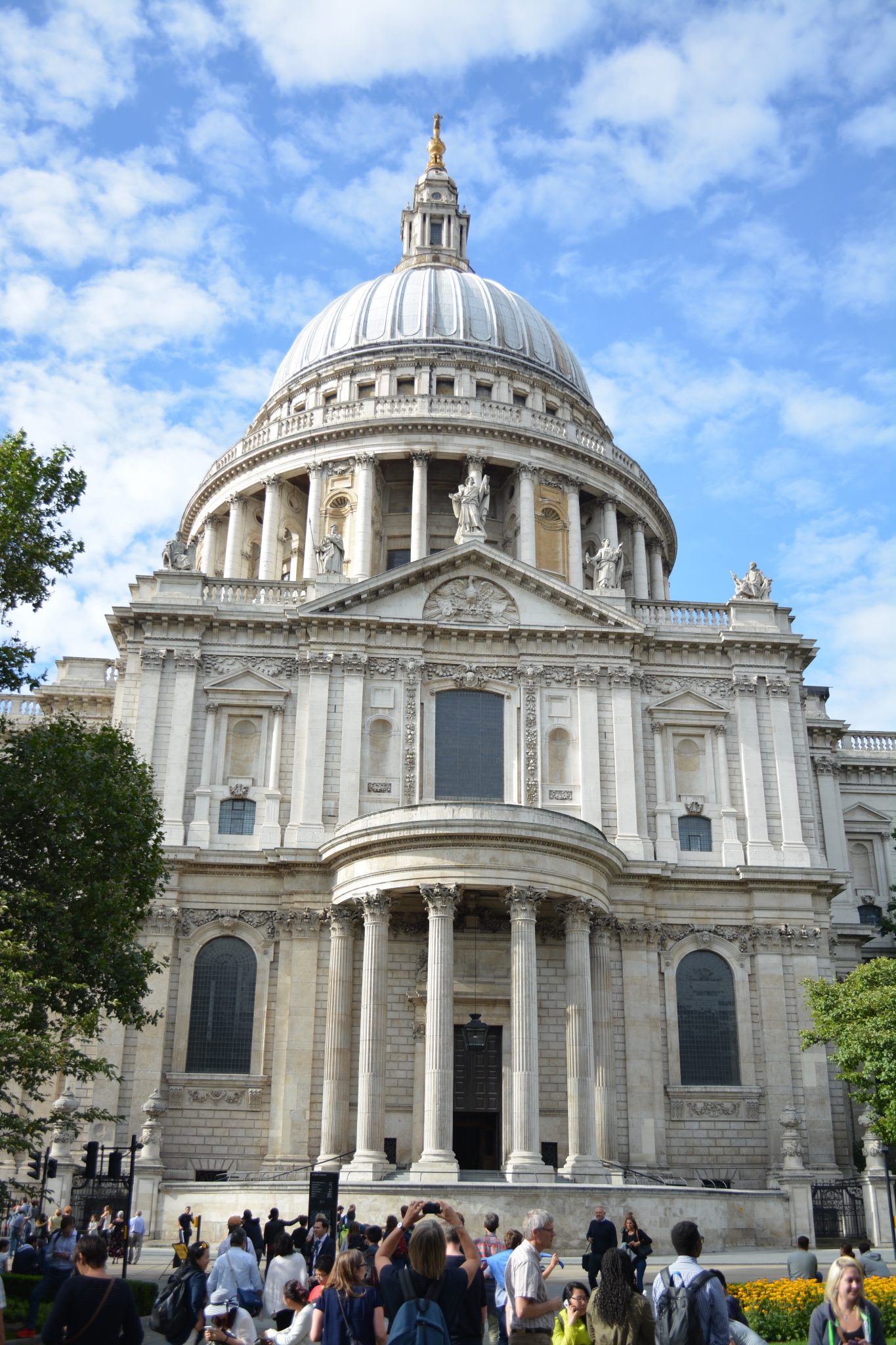 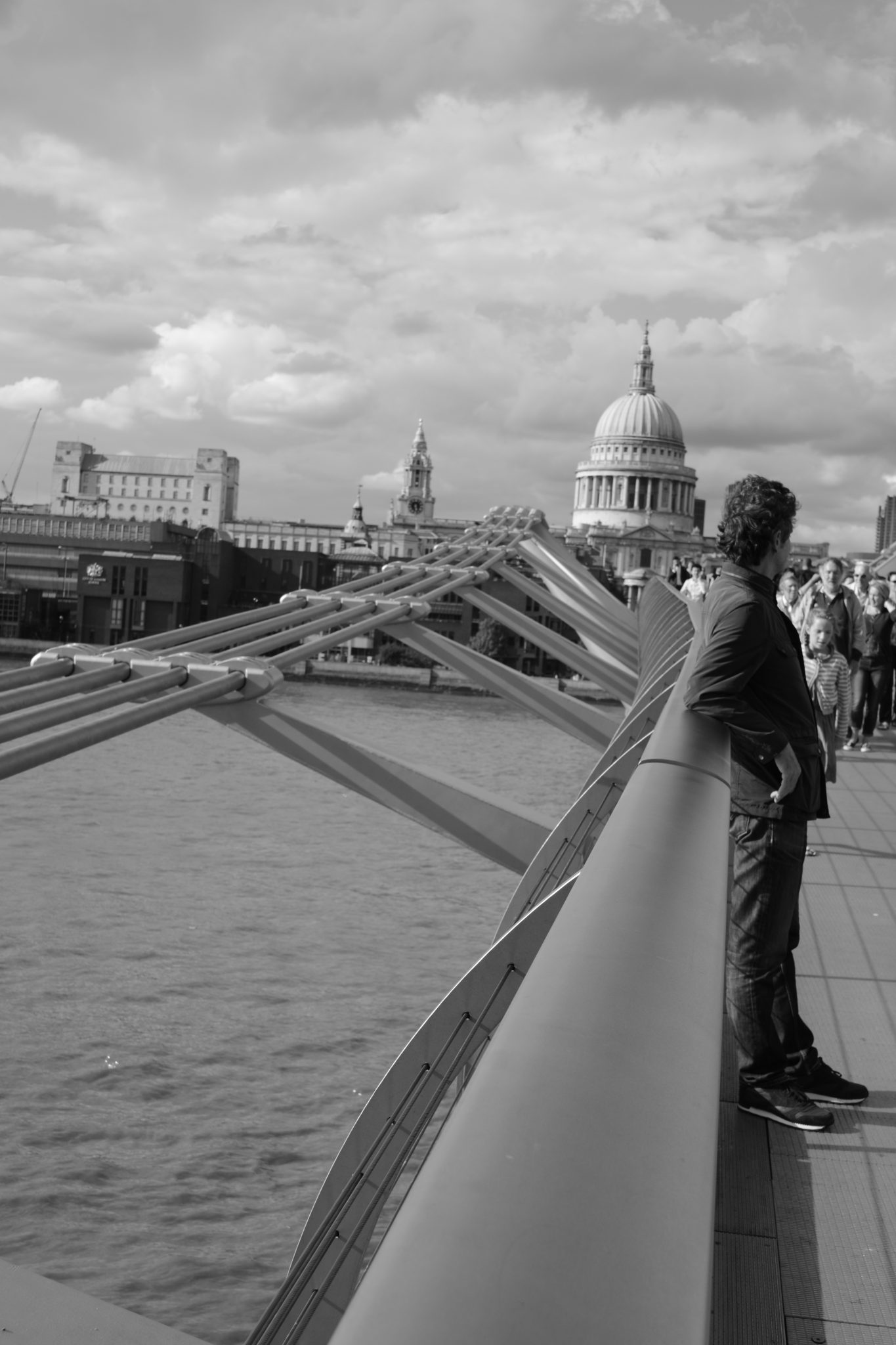 View from the Millennium Bridge 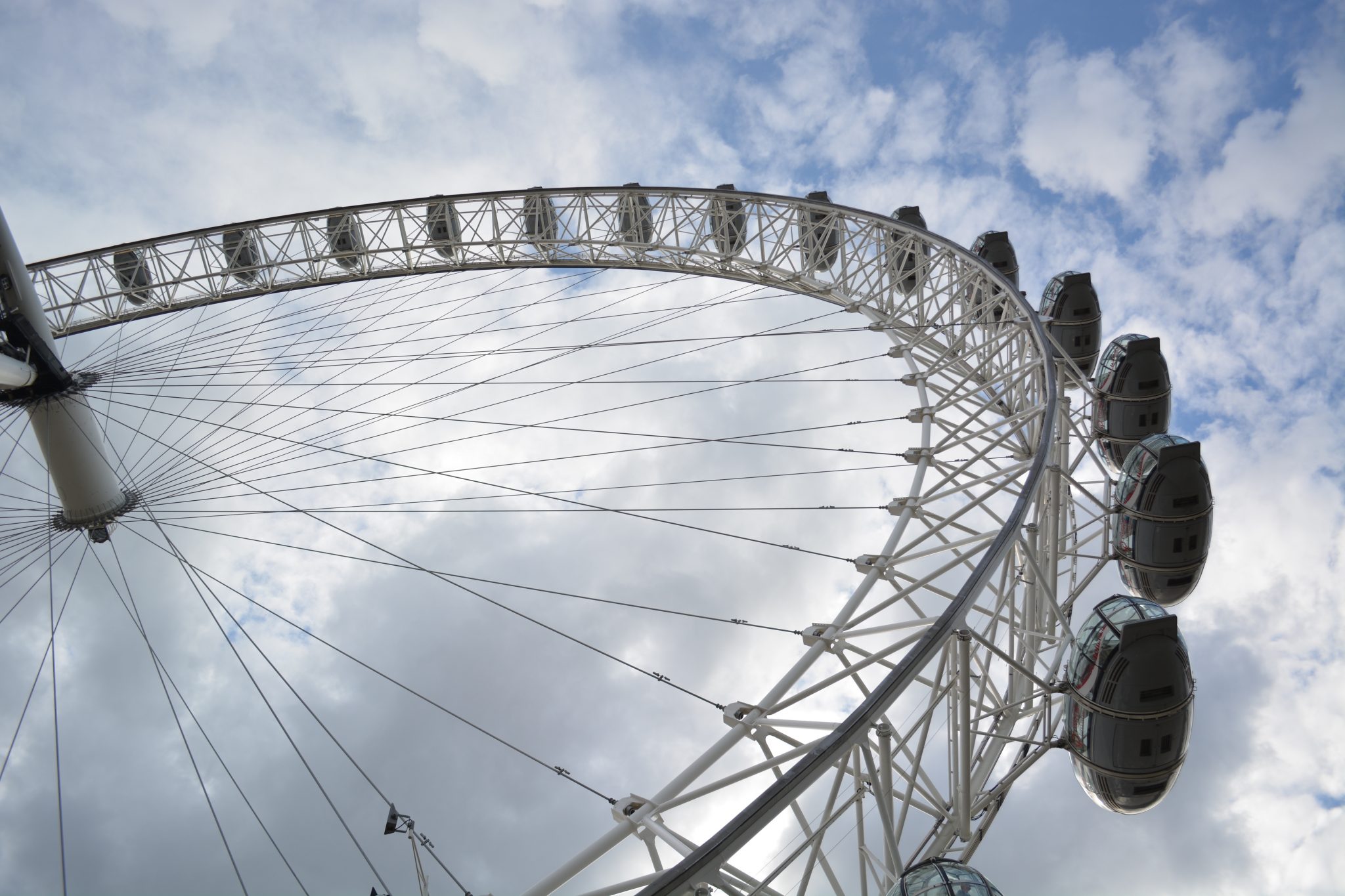 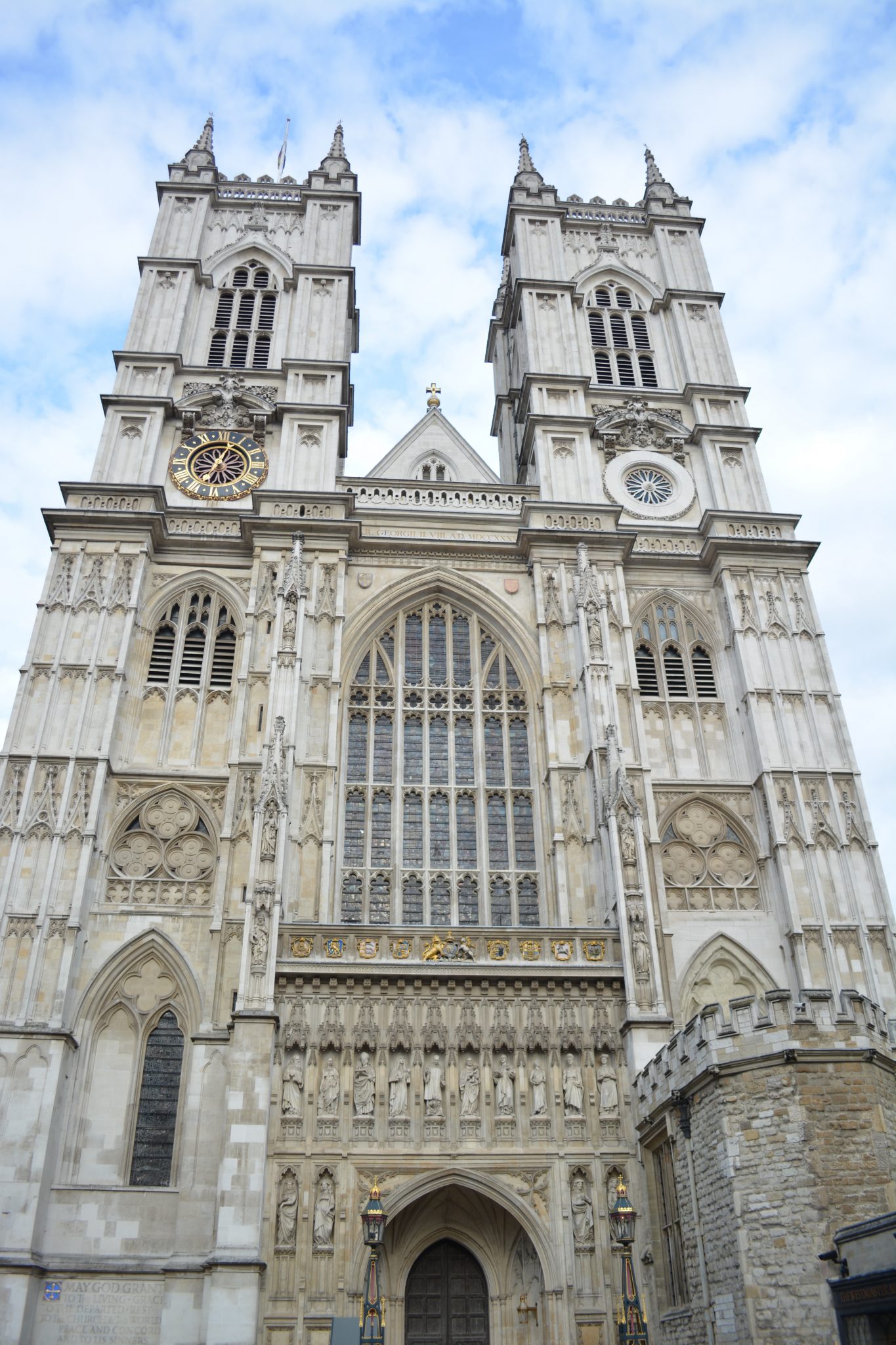 For most of these attractions, we stopped to take a couple of pictures before heading off again. Since this is our 2nd time in the city, we weren’t incredibly interested in touring the inside; we just wanted to admire it from the outside. All in all, these views are magnificent and they are not to be missed on your next visit to London! After all, they are what make London… London. 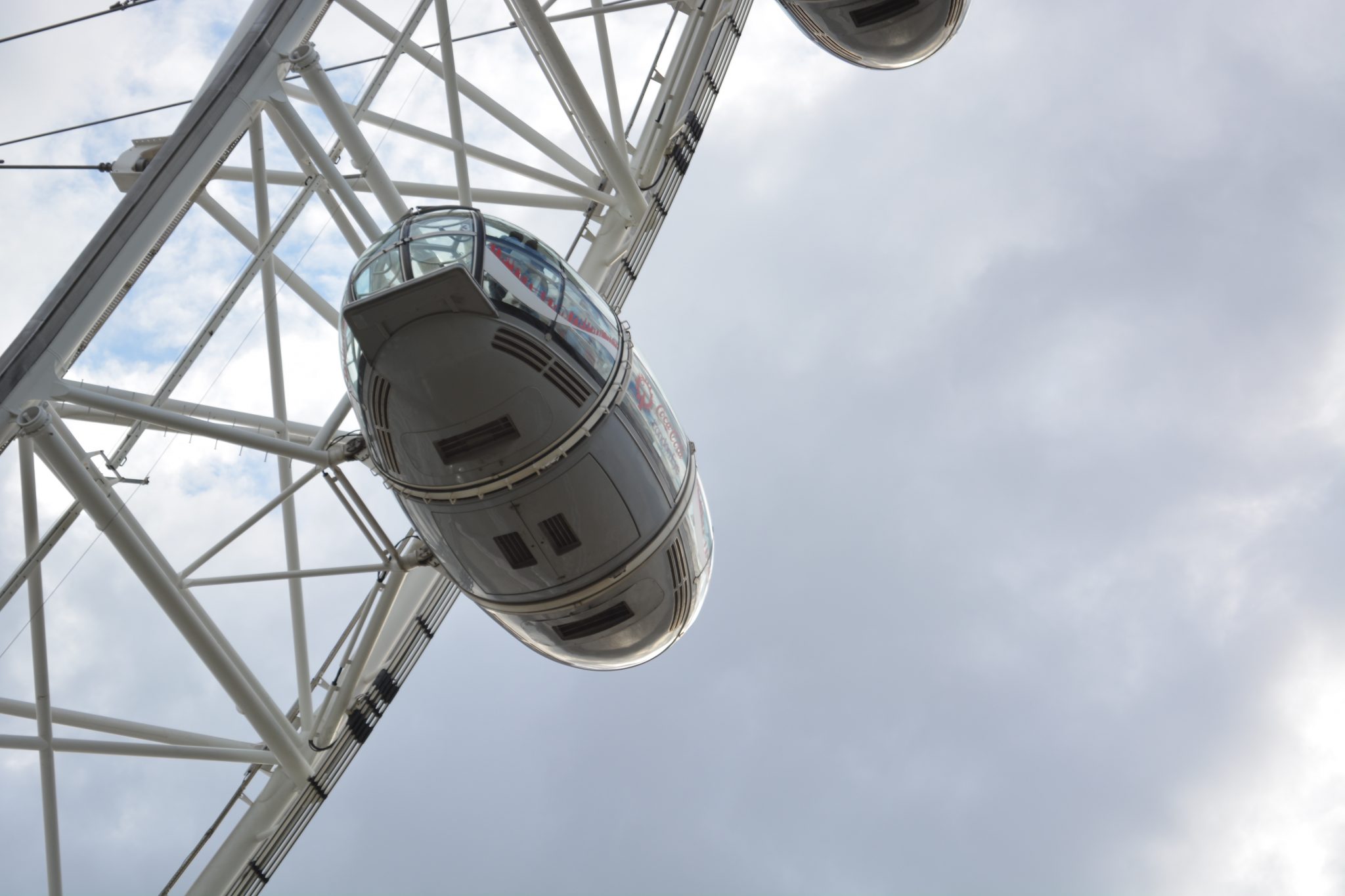 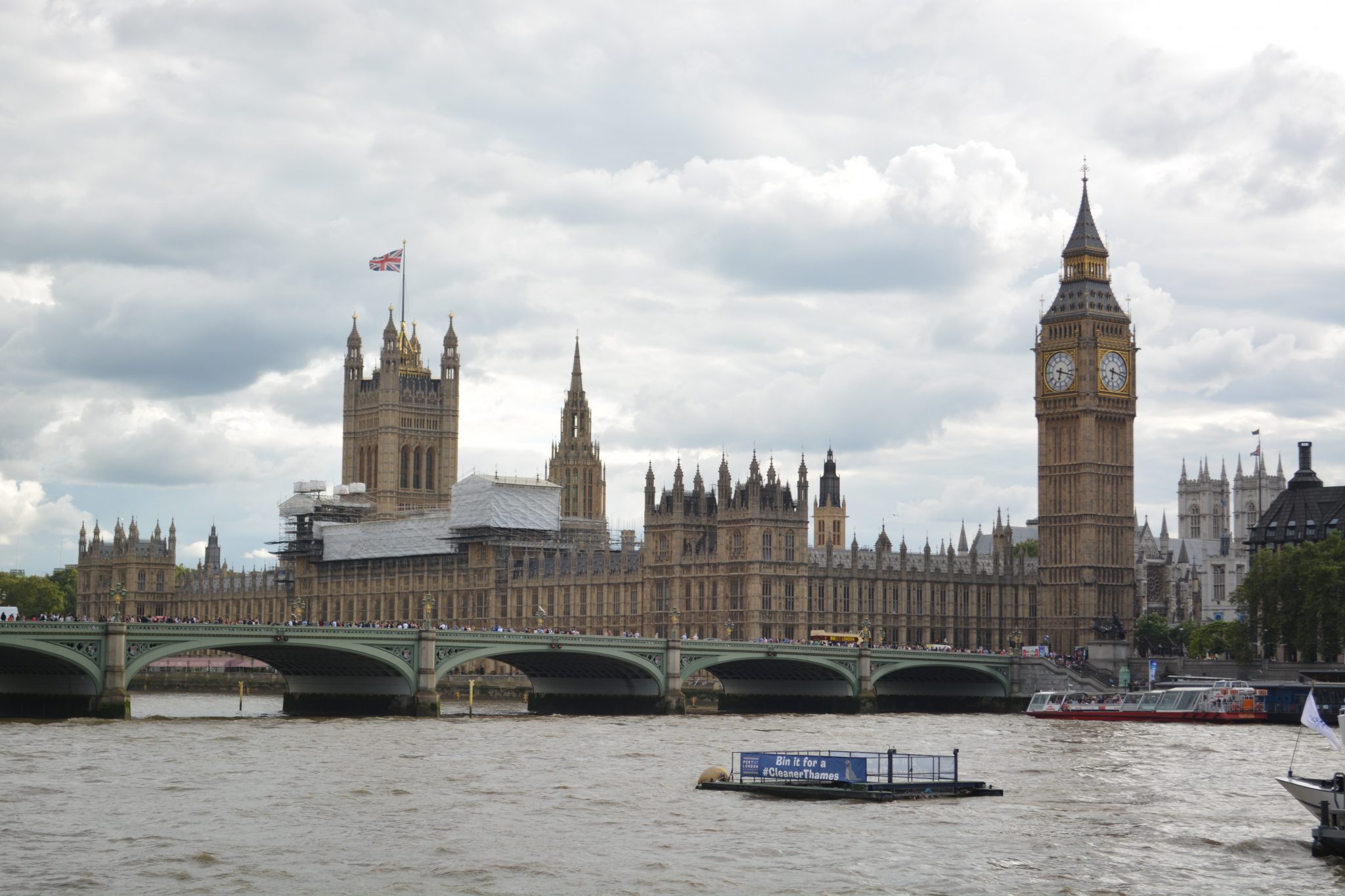 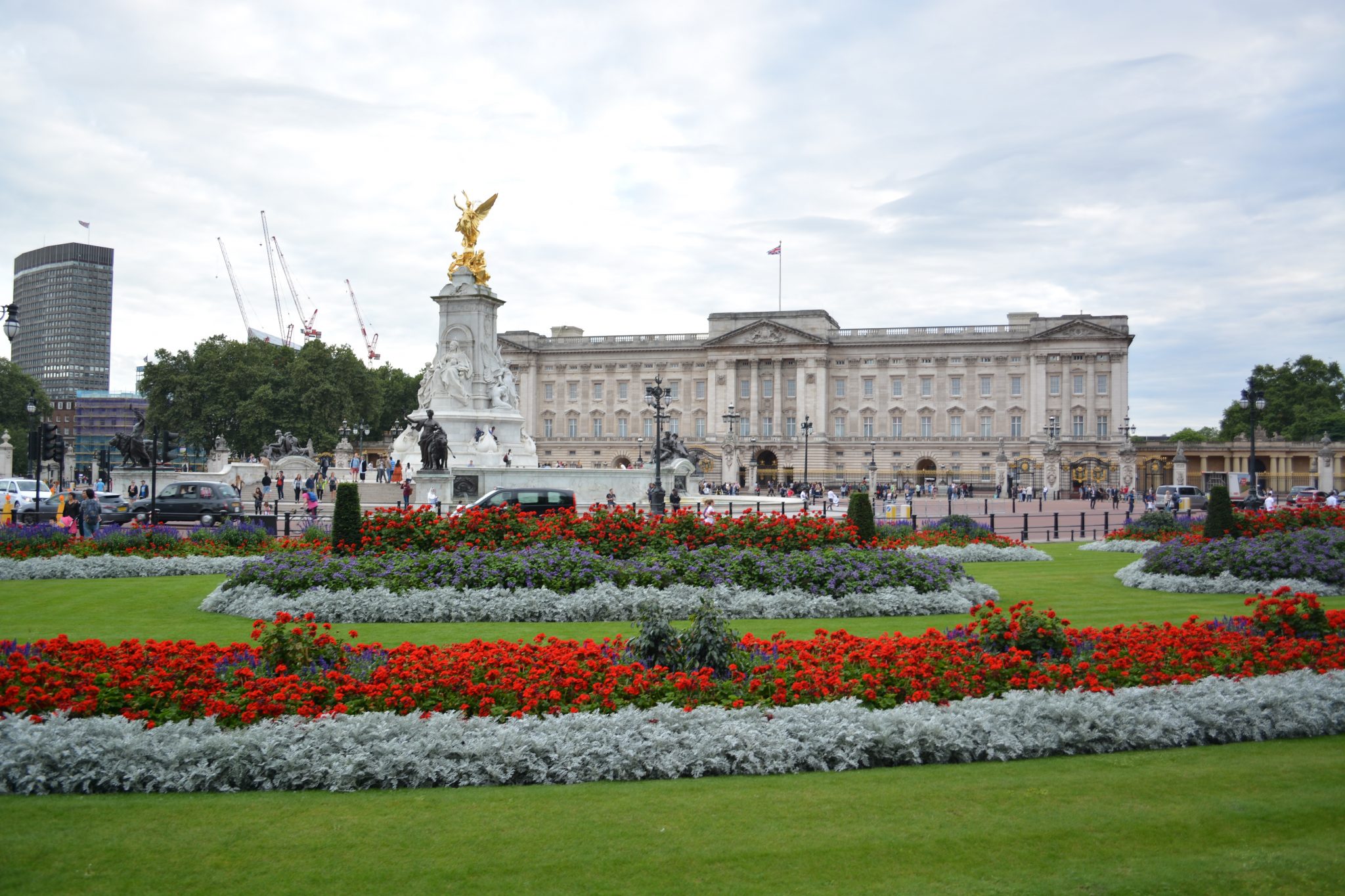 We walked back to our hotel with big smiles on our face, but tired feet. We called it a night, and then looked forward to what a brand new day had to offer in this city of adventure. Stay tuned for the next post- the last day in London! It’ll be a good one!